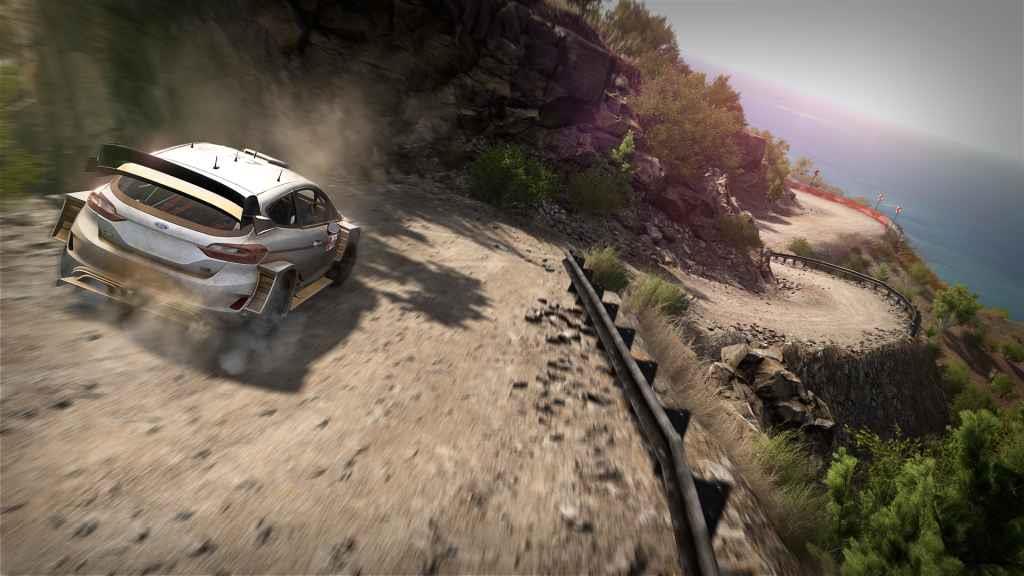 I am terrible at WRC 8. Just abysmal. I don’t mind admitting that over my 25 or so hours with WRC 8, I have improved only incrementally. I have never won an event in WRC 8. Frankly, I am lucky to finish an event at all, because my OCD need-to-succeed has me constantly quitting and restarting halfway through, as I just know that “I can do better than that”.

And yet, I have had a great time with WRC 8. I have no idea what magic is hiding underneath the hood of Kylotonn’s rally racer, but whatever it is, it has me hooked in a strange masochistic cycle of videogame punishment. No matter how soundly WRC 8 kicks my ass, I keep coming back for more. It is the Dark Souls of racing games, but I hate it so much less than Dark Souls.

It is important for me to point out that I have very little real-world knowledge of rally racing and have traditionally steered clear from rally video games. The “racing on ice skates” gameplay typically rubs me the wrong way, as the lack of decent control seems at odds with the goal of going fast. I much prefer arcade racers that let me jam on the magic handbrake and drift for miles on end. WRC 8 is having none of that. Attempting a standard handbrake turn in WRC is buying a cheap ticket for a quick trip off a cliff.

What hooked me into WRC 8 was the fact that the game allowed for me to be a noob without taunting or punishing me. The first time I logged into WRC 8 the game presented me with a series of options, allowing me to crank every setting down to “Easy” or “Beginner”. 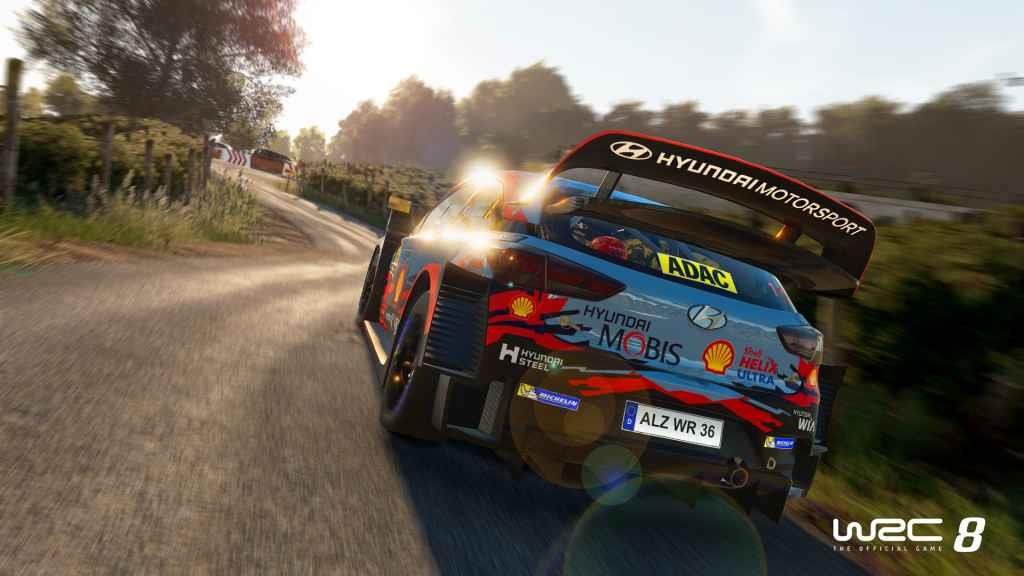 The game walked me through the beginnings of the career mode, taking the time to explain what exactly was going on. In other Rally games (ahem..DiRT…ahem), the complex structure of teammates and employees and schedules caused me to bounce like a shiny nickel, but WRC 8 takes the time to explain how these mechanics are important to the overall experience in a way that actually makes the proceedings feel accessible.

I opted for the “Junior WRC” career path, as the more advanced option was entirely too intimidating. And even with all of those meters and doodads turned down to “Easy”, I still found WRC to be very, very challenging once I got behind the wheel. 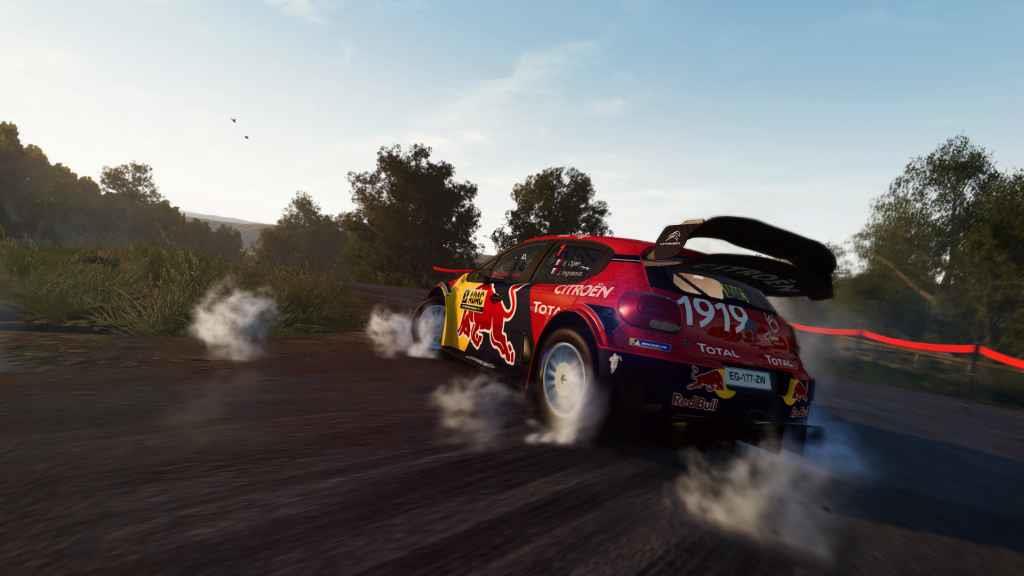 The career kindly starts the player out with a few practice days, letting you take your car around a series of basic tracks to get the feel of things. You can circle around endlessly if you like, so I did. My instinct in any racing game is to jam on the gas, only letting off a little to go around curves. This, of course, results in miserable failure in WRC 8. I finally settled on a more measured approach to the gas, relying on the brakes far more than I ever have in games past. I managed steering by resorting to a series of taps on the left DualShock stick, realizing that if I tried to steer with smooth motions I would invariably steer off the road.

Before the first rally begins, WRC tortures the player with an “extreme racing challenge”, which is hilariously difficult. These occur throughout the game, but this first one is probably the most memorable, due to the shock value. The player is placed on a winding road in the dark, with rain pouring on the windshield and the headlights only lighting the smallest bit of the road in front of you. The car you are driving is damaged beyond belief. The game asks the player to navigate a series of difficult turns in a savagely brief amount of time. I finally managed to beat it, but it took about fifteen tries. 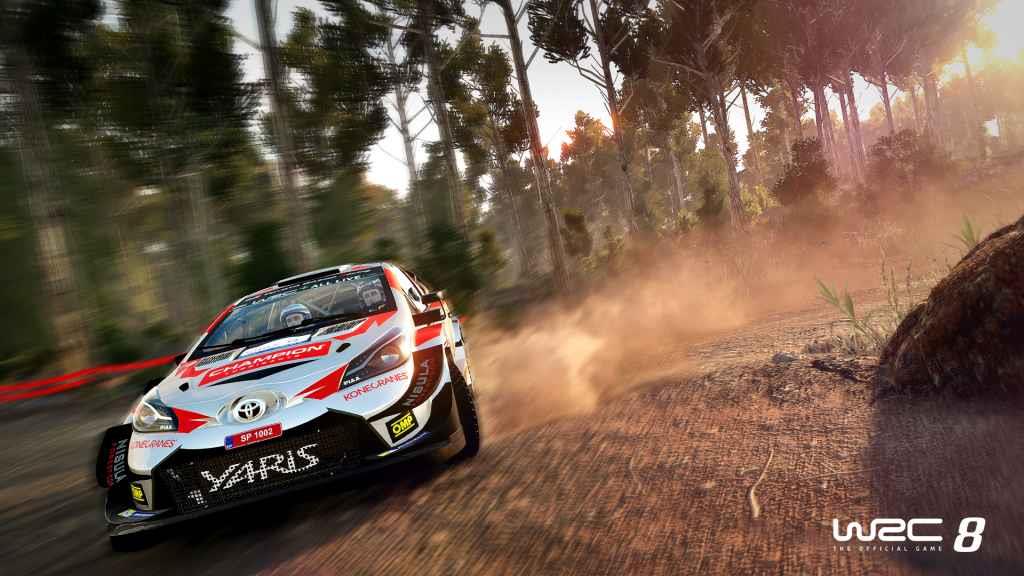 The first rally begins the next day, and after the extreme racing challenge, this snow-laden course is a welcome relief. It is here that the real meat of WRC 8 becomes apparent, as the player races through four stages, placing for time out of 12 competitors. Gut check: It took me five tries to place out of last place.

It turns out that the racing in WRC 8 is a wrestling match between speed and navigation. Too much of one and the other goes out the window, and finding the sweet spot in the middle is deeply challenging, but also greatly rewarding. While it is far more accessible than comparable rally racers, this is still a game for patient players that are willing to take the time to master a difficult challenge.

The career continues on in this manner, alternating rallies with practice days, challenges, rest days and trips to the garage with an almost overwhelming amount of content. Many of the activities are optional, but the completionist in me compels me to try everything, and then to continue trying it until I’ve attained at least a respectable finish (first place continues to elude me). 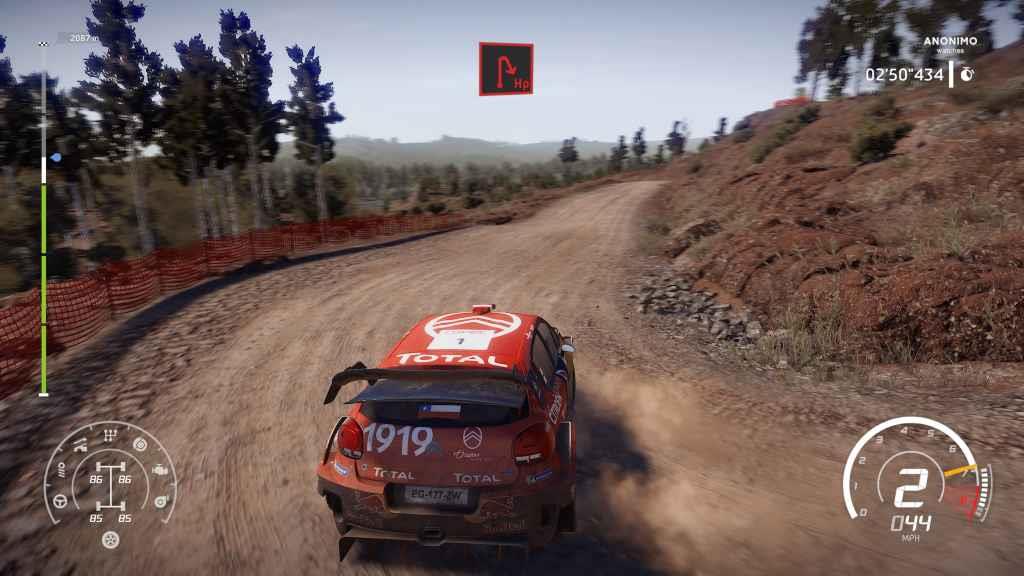 I’ve played around 30 hours of the career, and honestly have no idea how much longer it will take me to complete. I discovered very quickly that poor performance gets you dropped by your sponsors, so I refuse to fail, practicing everything until I do well enough to keep from getting booted. Since I end up trying every stage of every event multiple times, WRC 8 is slow going, but also very fun.

As much as the actual racing, I’ve been enjoying tinkering around in the garage between events. In addition to managing mechanics and meteorologists (and their constantly demanding salaries) there is also a light RPG-like skill tree to play with, allowing the player to focus on various aspects of play – Crew, Team, Performance, and Reliability. Rather than sink points in one area, my inexperience has led me to spread the wealth around, probably preventing me from seeing any strong results. I appreciate the presence of the skill-tree though, as it anchors WRC 8 to other genres that I’m more comfortable with.

Graphically, WRC 8 is very nice looking. Though the cars seem to be slightly less detailed than the environments they are skidding through, I’m usually too overwhelmed to pay much attention. I’m watching the road and the upcoming signals, not the car. Hell, if you asked me after a race what color the car was, I couldn’t tell you. But WRC’s ability to emulate mixed terrain – including small bumps and divots in the road that can send you spiraling off course – is deeply impressive.

In addition to Career Mode, which I considered to be the “meat” of the game, a variety of online modes fill out the experience. Weekly challenges, online leaderboards, and even local split-screen flesh things out to meet the needs of multiplayer junkies. But after dabbling in these modes, I went right back into the career, hiring new staff, spinning my wheels, and loving every minute of it.

WRC 8 is a no-brainer for rally fans, who have likely already picked the game up. But curious newcomers that enjoy a serious challenge would do well to check this game out. I wasn’t kidding when I made that Dark Souls comparison, and I would expect that fans of similarly difficult games will find a lot to love in WRC 8. World Rally Championship welcomes new players, but refuses to take it easy on them. The effect is intoxicating.

WRC 8 is surprisingly accessible to rally newcomers, but after explaining how everything works, the game delights in throwing buckets of cold water in the player’s face. This is a tough game, but a fair one, and fans of rally racers and other “difficult” genres will likely equally enjoy skidding through WRC 8’s wicked twists and turns. A variety of modes flesh the experience out, but prepare to feast on the Career Mode, which is comprehensive and comprehendible. Recommended.