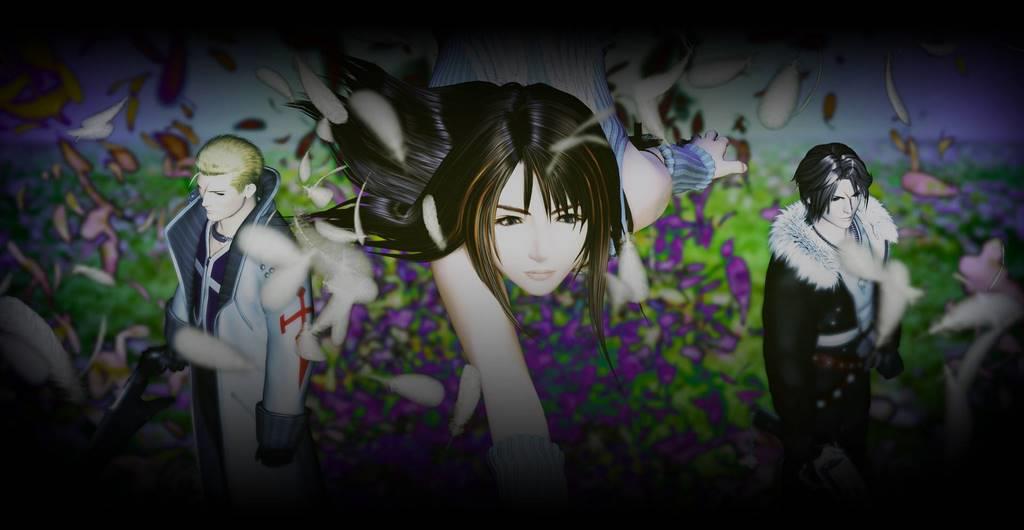 Written by Sean Cahill on 9/2/2019 for SWI
More On: Final Fantasy VIII Remastered

There may not be a more divisive game in the Final Fantasy series than Final Fantasy VIII. Back in 1999, the franchise had never been stronger. The switch to the Sony Playstation meant bringing full motion video to life and creating an incredible storyline with beautiful graphics to the homes of all RPG fans. Final Fantasy VII was the first to get the CD-ROM treatment and remains one of the greatest games of all time to this very day. SquareSoft, now Square Enix, wanted to build on the success of the game but still step outside the box. The result was a game that had the story and graphics, but a battle system that split their fanbase in half. Twenty years later, a remastered version of the game has been released, and I’m here to tell you that you should give it another shot.

A wonderful story with the graphics to match.
17-year-old me drove almost two hours to pick up a copy of Final Fantasy VIII, hoping for a game that was just as good as its predecessor on the PlayStation. What I got to play was a very unique entry in the series that must have been quite a change for those who were hoping for the same battle system as Final Fantasy VII, but more on that later.

Graphically speaking, the side-by-side comparison shows just how beautiful this game was truly meant to be but the processing power of the Playstation was quite up to snuff just yet. At the time, it was still quite revolutionary because it was a step up from the prior game. Today, Squall and company are truly at their best in the original title. The FMVs don’t look very different, though they’re definitely smoother than what I recall. For those who were hoping the rumors were true of voice acting: Sorry, no voice acting here. That’s fine, though! The story still holds up to this day as the SeeDs take their jobs early on to support the Gardens. While it might be a tad ridiculous to think that 17 year olds such as Squall could command a group of mercenaries, that’s the allure and charm of the Final Fantasy series: Youth conquering everything in the name of good. 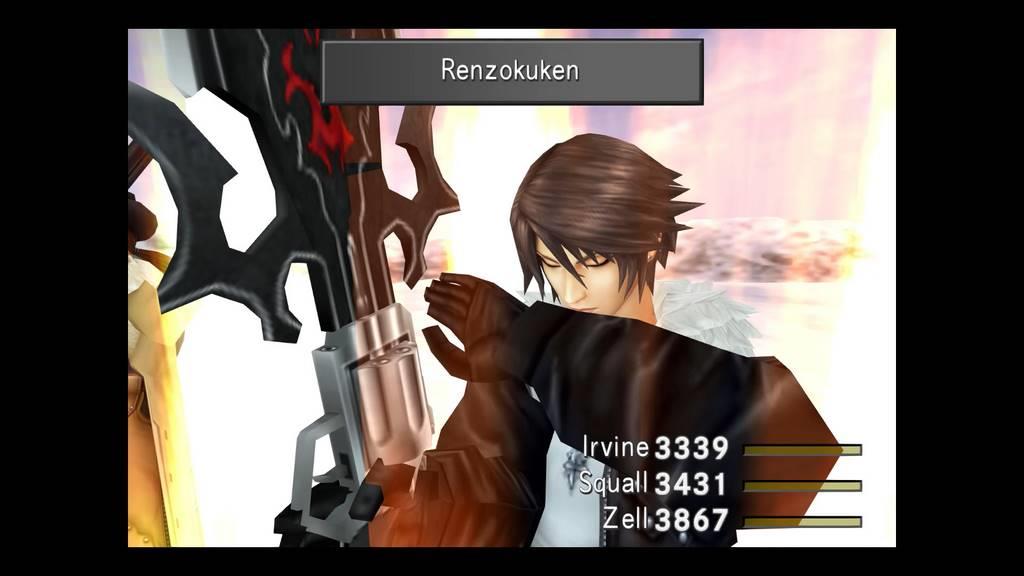 The world itself got a bit of an upgrade, though don’t expect anything truly mind-blowing. This is not top-of-the-line PS4 graphics being used, but basically a cleaned up version of the original title. It’s enough to make you enjoy playing the game all over again without struggling to watch broken looking sprites in battle. The characters, enemies and backgrounds all got a face lift, making it more than just playable one time through.

About the Junction system....
I have been a vocal critic of the Junction system since playing the original. I was confused by it and how to properly utilize the system, plus I hated the idea of having to draw magic from enemies and random spots on the map instead of earning it along the way like every game prior, with a couple of exceptions like Final Fantasy II.

Square Enix wanted to step outside the box, as I mentioned before, and give players a system that was somewhat reverse of FFVII, which punished players for attaching materia to themselves in order to use powerful magical spells. Instead, the Junction system is there to strengthen players as they draw magic from enemies and draw spots. As players unlock abilities with Guardian Forces (this game’s version of espers/summons), they can add strong magic to various stats such as HP, Strength, Vitality, Spirit, etc. The biggest problem I ran into when first playing this game was drawing magic was very time consuming. Yes, you could tee off on lower level enemies and get the base spells such as Fire, Ice and Blizzard, but getting more powerful spells required getting creative with grinding. I found that the most powerful spells for boosting stats, like Tornado for example, were only on a handful of enemies that could wipe out your party with one sneeze. It was frustrating to deal with.

Going into the remastered version, I wanted to clear the slate and see if I could appreciate this system twenty years later. I played the game properly, drawing magic from monsters as much as I could and realizing that this system isn’t nearly as bad as I thought it was. Yes, it has its quirks and it can take a long time to unlock certain abilities from Guardian Forces, but it is a very forgiving system for all skill levels. Leveling up still has its perks, but this game goes on a sliding scale with difficulty. Monsters essentially level up with players, increasing their HP and stats as players hit every tenth level. This means that going back to Balamb Garden in the beginning isn’t going to mean monsters are fodder there. They’ll be stronger, though shouldn’t be much of a problem for players.

Learning how to attach the correct magic to stats can be a godsend in battle. Coming across monsters that are fire-elemental based means junctioning fire-based magic to your elemental defense to wipe out any damage that a character could potentially suffer. If done correctly, it’s entirely possible to make a party immune to most monsters, meaning drawing, stealing, and leveling until one is content. I was wrong about you, Junction System. You’re still not the best, but I’ve come to appreciate what is brought to the table.

The side quests in this game are outstanding.
Final Fantasy VIII’s story is magnificent, but where this game truly shines is with the side quests and super bosses. Yes, one can find the ever-elusive Ultima and Omega Weapon bosses in this game to truly test their abilities. They’re also vital to beat if you want that platinum trophy when it’s all said and done, but there’s so much more to unlock and enjoy. The best side quest of the game can be started right away, too! 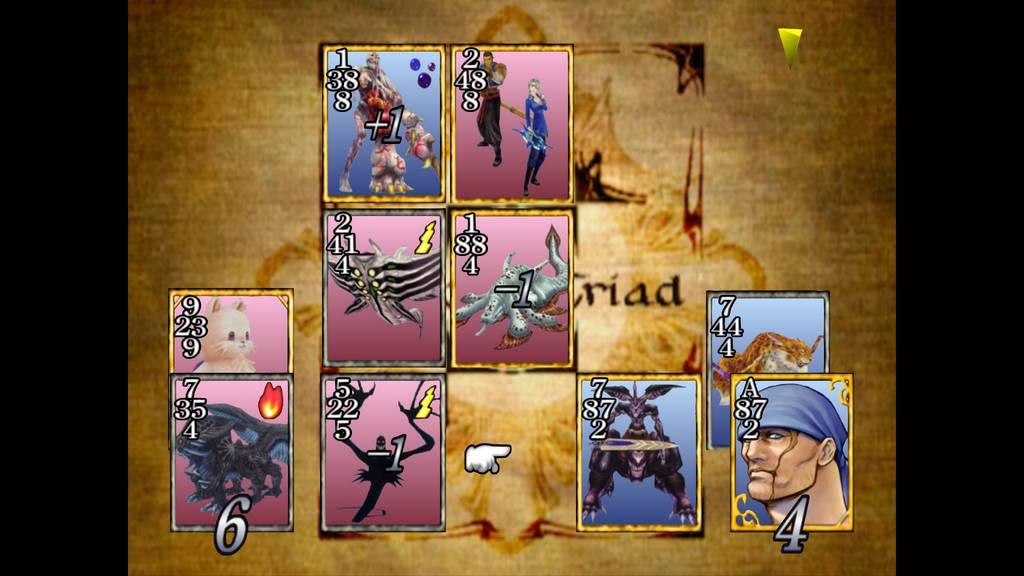 Triple Triad is an addictive card game that is played across all of the world. Cards are obtained by purchasing them from vendors or turning monsters into cards using Quezacotl’s Card ability. Players will then take a deck of five cards into a match and basically play a game that mixes Tic-Tac-Toe with War. Winning these games means obtaining stronger cards for future use, or using the cards to turn into items for more powerful gear. Basically, Triple Triad was Gwent before Gwent was even a thought in anyone’s head. It is very easy to lose hours at a time playing the game to get the rarest cards in the game.

Beyond Triple Triad, the side quests can be a mixture of obtaining hidden Guardian Forces or even saving aliens (yes, I’m serious) for items. The difficulty range of these quests are all over the spectrum, and that’s what everyone should want from an RPG. Final Fantasy VIII has it all.

Overall impressions
Final Fantasy VIII remastered is worth the pickup, full stop. It’s $19.99 on the Playstation Store and available immediately. The difficulty level of the game early on makes it easy enough for a new player to enjoy and learn the system without breaking their will as it almost did to me when I was younger. I found myself getting lost in Triple Triad all over again, wanting to build the strongest deck possible before even jumping into the main storyline. I’ve been looking up the side quests to do and remembering how much I loathed Seifer. There’s a soft spot in my heart for this game I didn’t even realize I had, and the remastered edition means no longer having to deal with an outdated looking game on my original Playstation.

It’s not the best game in the series, but that’s okay: It’s fun, it’s challenging and the story makes it all worth playing again.

A wonderful story that is now supported by great looking characters and backgrounds, Final Fantasy VIII is worth the pickup twenty years after it's initial launch.