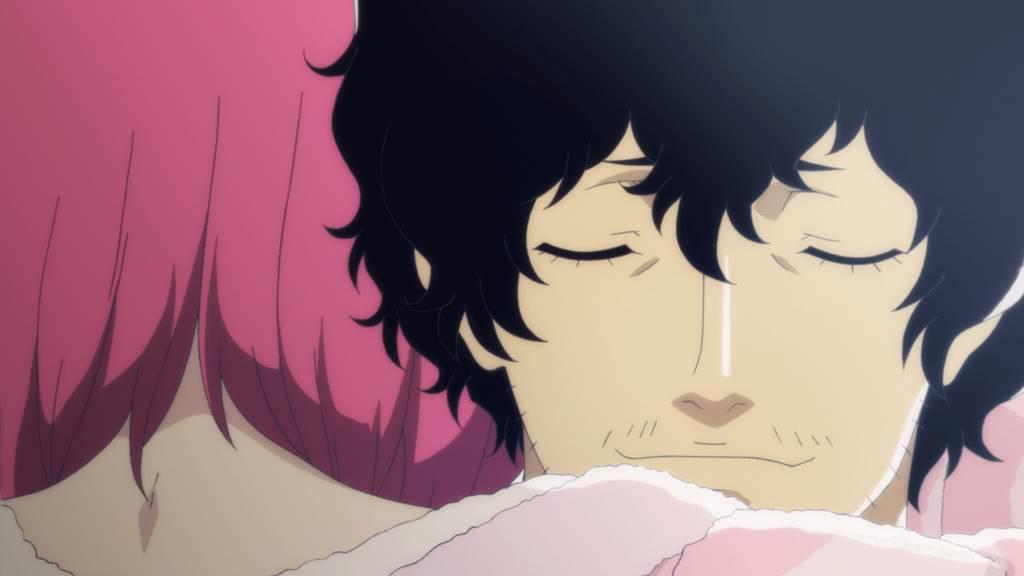 In the genre as it’s known today, dating sims usually make for uncreative browser games where the player character—usually male—tries to connect with as many romantic interests—usually female—as possible. Don’t take my word for it, though, as any ad on google will show you this. Occasionally, there are more creative games, like Dream Daddy, or Doki Doki Literature Club. While those are some terrific games with terrific stories, they don’t innovate a whole lot outside of the text-based, choose-your-own adventure genres they implicitly take inspiration from.

Not so with Atlus’s Catherine: Full Body. A remastered and expanded version of the 2011 classic, it’s a game that focuses on the nuanced, romantic misadventures of Vincent Brooks, a thirty something guy struggling with his relationships with multiple women.

Tackling the story with a three-pronged approach, Vincent’s journey takes him through puzzle platformers, nights at the bar with friends, and even anime cutscenes, the last of which also makes in appearance in Atlus’s Persona 5.

Vincent is plagued by nightmares in which, each night, he must climb a giant pyramid made of different sorts of blocks. This starts to happen when his feelings for longtime girlfriend Katherine are complicated by the arrival of a new girl in his life, named Catherine. It is up to the player how Vincent regards both of these women in his life, and the game both succeeds and fails in its attempt to explore relationships to varying degrees. An addition that Full Body makes to the original Catherine is the character of Rin, who is another acquaintance of Vincent’s that further complicates his life. The extent of Vincent’s interaction with Rin aren’t as numerous as the other two characters, but it is significant nonetheless.

From the outset, it is clear that Vincent is a guy focused much more on his own needs than that of his main girlfriend, Katherine, who informs him early on that she is pregnant. This is where the proper gameplay starts. 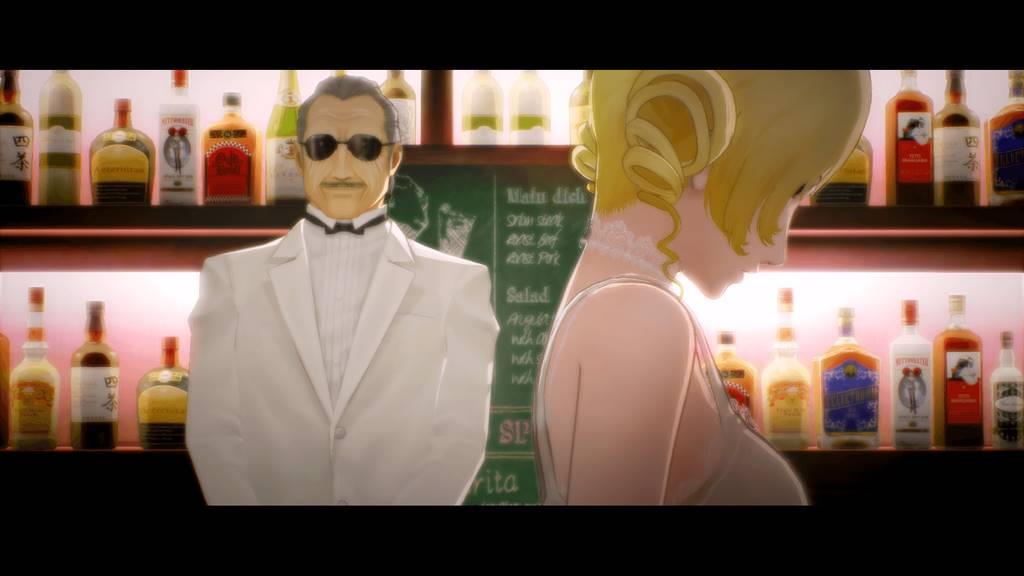 Starting with a few simple puzzles, the structures Vincent and the player must complete get increasingly complex over the course of the nightmares Vincent and other men of his age and circumstance face. Towards the end of the first part of the puzzle sequence (and sometimes 2nd if there are three or more parts to the puzzle) the player reaches a safe area where they can converse with other men trying to overcome the nightmare. A funny thing about these moments is that all of the other men in this section are dressed up as sheep. This is, of course, a play on how these guys are practically lambs to the slaughter, as each are chased by different manifestations of their deepest fears relating to their romantic struggles. Conversing with these fellow sheep, Vincent can learn techniques to overcome the puzzles.

The techniques and puzzles themselves involve giant blocks of differing material and ability. The stones with red eyes cannot be moved, but the stones that are gray in color can. For the beginning phases, these are the only ones that Vincent deals with. The difficulty of the puzzles depends on the difficulty the player chooses. I chose easy difficulty and so I did not have to face too daunting a task in the early goings. There are a number of ways to navigate the puzzles, but I found the most common way to help myself up was to make either makeshift stairs or an alternating series of step stones that would help me get to the next level. The other types of stones range from heavier gray blocks, to ice blocks that make Vincent slip and fall, and even blocks that will eat you or suck you into a black hole. It is up to the player to use items, tactics, or even an autoplay feature that plays the game for them to get around these obstacles. That’s not to mention potential enemies that may knock the player off the puzzle, but those can be knocked off just as well. 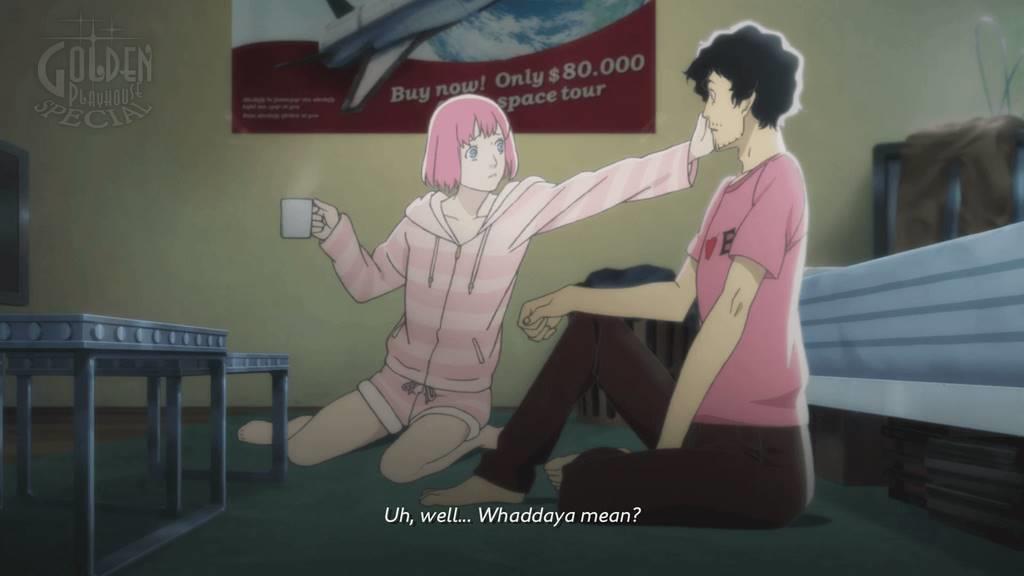 Before I continue with my focus on the single-player, I should mention that there are challenge and multiplayer components to the game. The first is the tower of Babel, a challenge mode that gives the player four increasingly difficult puzzles to traverse. I was able to play the first match, but I preferred the easier levels in the campaign. The second is the Colosseum, featuring local multiplayer. I unfortunately did not get a chance to play this portion. The third is the Online Arena, featuring 1 v 1 online multiplayer. The first match I played, both myself and my opponent died. Neither of us seemed to be quick thinkers.

The other two methods of single-player gameplay focus more on Vincent’s personal life: the bar, and cutscenes. I will say that the latter of these elements isn’t as important as the former, as it mostly depends on what the player does in the gameplay proper, but they are a joy to watch.

What I like about both these elements is how they let the player dive deep into the characters and world of the game. The bar does so much more effectively than the cutscenes. Here, the player can sit down with Vincent’s group of friends, making idle chatter with either them or the other patrons at the bar, or even play a challenging arcade game that uses the same gameplay methods as the main component of the game. 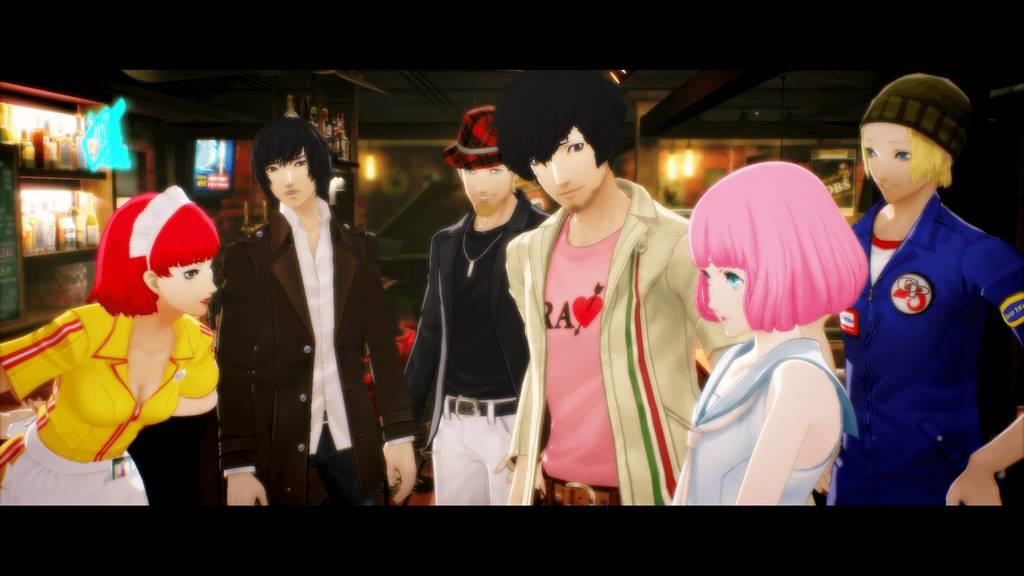 Although I found the time to talk with most of the patrons at the bar, time passes the more you dawdle. Depending on the outcome the player desires, it’s important not to waste time. As I said before, Vincent meets other men during the nightmare climb, but it is these men who frequent the bar that he meets in those sequences.

If it’s not obvious by now, this is very much a game made by and for heterosexual men (that doesn’t mean everyone who made was a straight dude, I’m simply stretching a metaphor). This of course does not mean that people of other identities cannot enjoy it. The thing all these men have in common is there different relationships with women. There’s a cop who is haunted by the death of his wife, another who is just a plain misogynist, and a guy who’s simply a pretender when it comes to knowing what women want.

It’s important to talk to these guys as much as possible, if you want them to stay alive. I can’t say I was so lucky in my playthrough, but I did enjoy interacting with them. Doing so, the player can influence changes in Vincent’s values, which triggers changes on a meter: one way going blue, and presumably good, and the other way going red: presumably bad. This also happens at important points during the nightmare sequences, in which Vincent enters a confessional and answers questions from a mysterious figure. I found this difficult to comprehend, as the questions delving into Vincent’s (and therefore the players’) opinions on relationships seemed to be judged rather unnecessarily harshly. I don’t understand the larger point of evaluating the player in this way, unless it has to do with the sort of outcomes the game directs the player toward. 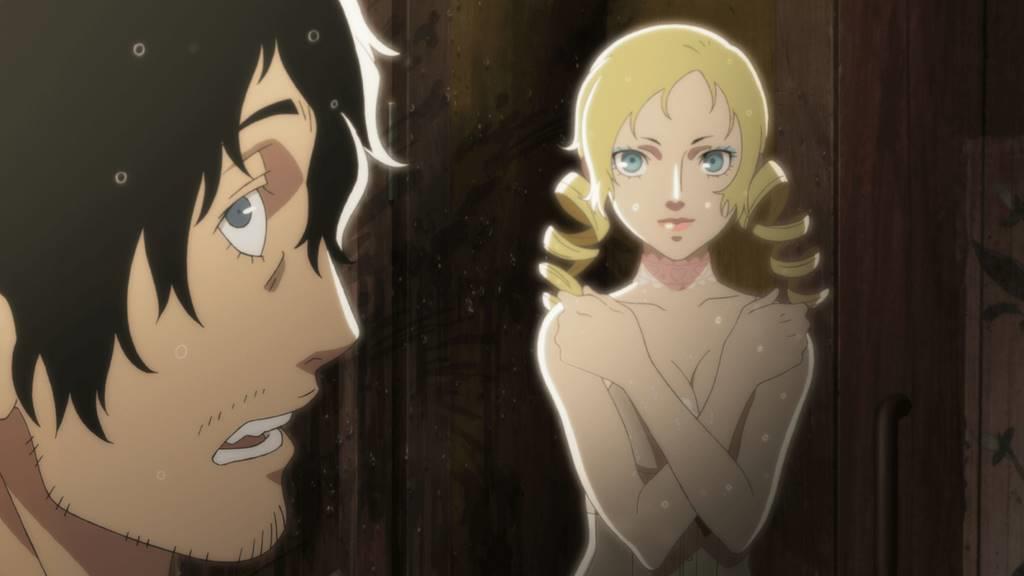 During the game, players will find that most of Vincent’s time is spent between Vincent’s longtime girlfriend Katherine, and his newfound paramour Catherine. I personally found Full Body newcomer Qatherine to be the most exemplary of what Vincent actually needs: a friend. But let’s just say that that’s not the ending I got. I don’t mind the one I did get, as every potential one is something that could help Vincent out of the slump he’s in. But it’s important to note that, although this is primarily the journey of the character Vincent, it doesn’t excuse the game’s too-casual chauvinistic tone, as it reveals a thought process that is not so much invested in what relationships are, but the idea of what we want relationships to be.

Catherine is certainly a fun and challenging game, both in its gameplay and story and character elements. In some of these moments it succeeds, in others, it fumbles, and falls flat on its face. But that doesn't mean it's unimportant, as it is good to learn from mistakes made previously in order to improve at a later point in time.