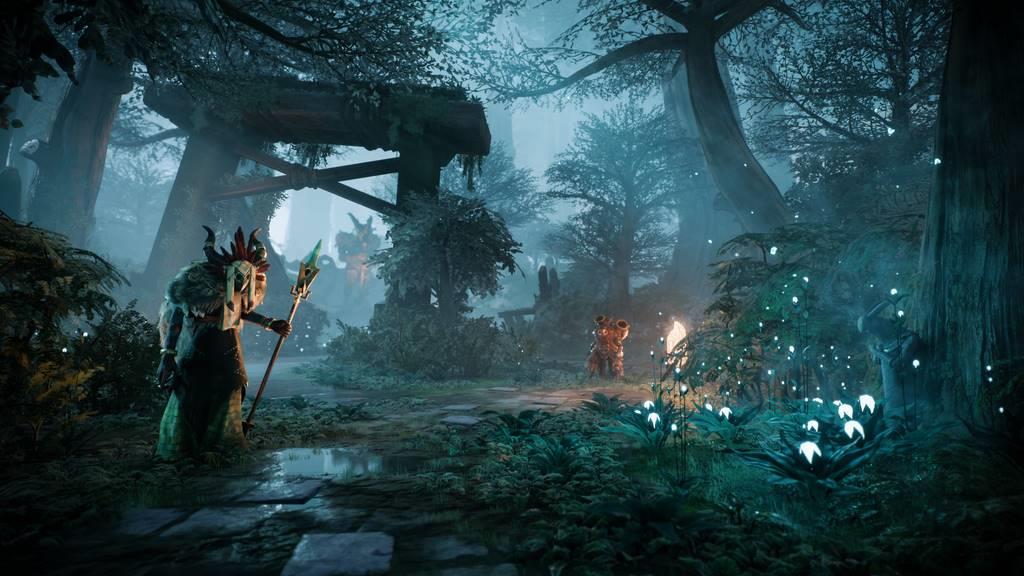 Remnant: From the Ashes

As someone who isn't Dark Souls fan, I was a little apprehensive about reviewing Remnant: From the Ashes. For the record, not being a fan of Dark Souls has nothing to do with the difficulty—I'm fine with that—but to me the combat just never seemed fun. That said, hearing that Remnant, a Souls-like game, focuses on gunplay as much as melee, I felt was perfect for someone like me. It's challenging, I died a lot, I got frustrated, but I had a ton of fun.

The game starts with you choosing one of three different classes. Easily enough there are only three choices and it pretty much boils down to whether or not you want to play at long range, medium range, or up close and personal. This also effects your starting stats like health and armor. After that, you are off on your journey.

This game features randomly generated worlds and enemy placement. The best way to describe this would be like Left 4 Dead. Walking through locations, you can tell where the game blocks off certain paths that probably would be open on a different playthough. You can also tell when the game thinks things might be too easy for you as enemies will start dropping in on you left and right. That said, the locations do offer and encourage exploration. You can find lots of goodies such as new weapons, armor, key items, or even trait points which basically give you a free upgrade to your traits. 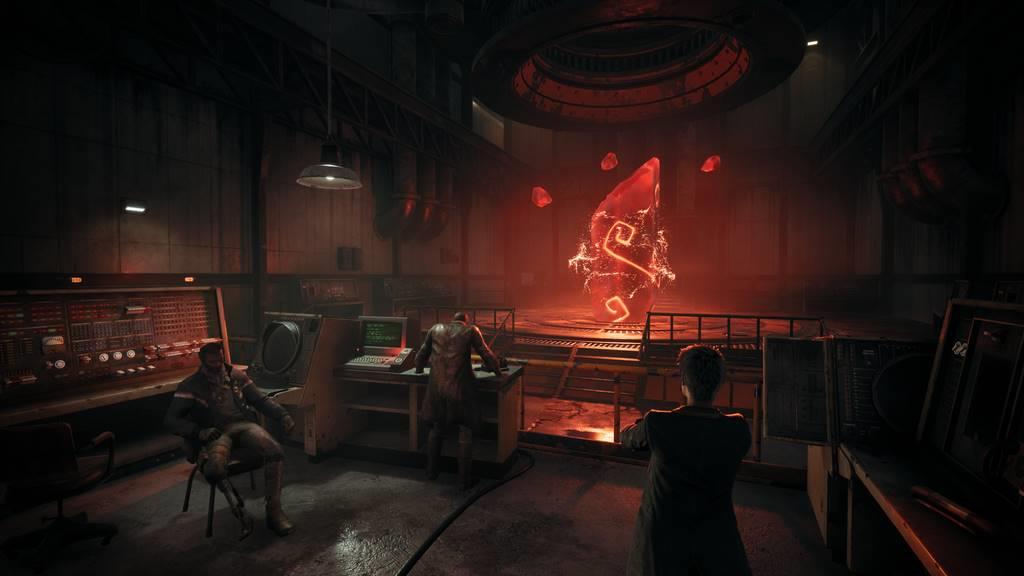 Speaking of which, when you start the game you have three separate traits. These are your total health, total stamina, and enemy awareness. Leveling up, which happens pretty fast, gives you a single point to spend. What I love about this system is it gives you the freedom to play how you want. Personally I do a lot of exploring, so I was dumping skill points into having more health but not as much stamina. You will also find new and extremely helpful traits such as increased resistance to melee and ranged attacks, and stamina regeneration.

In terms of objectives you are pretty much given a vague explanation as to what you need to do. This is fine because while you may feel like you are running around without any direction, the maps and areas will eventually lead you to where you need to go. For instance I went to one area and saw a gate that required a key to open. Since I didn't have the key I just went on my way. Hours later after making my way through two dungeons and beating two bosses I finally discover that I had picked up a strange key. Sure enough it opened up the door and progressed further. Exploration is also necessary due to the fact that some areas of the map can't be accessed without fighting through some of the dungeons in the game. The dungeons are usually areas you will encounter filled with monsters in small, narrow locations. This is where most of my deaths came from. These dungeons will be filled with strong enemies and one of them had enemies with sniper rifles picking me off any time I stepped out in the open. Dungeons will usually end with you accessing new areas or a boss fight. 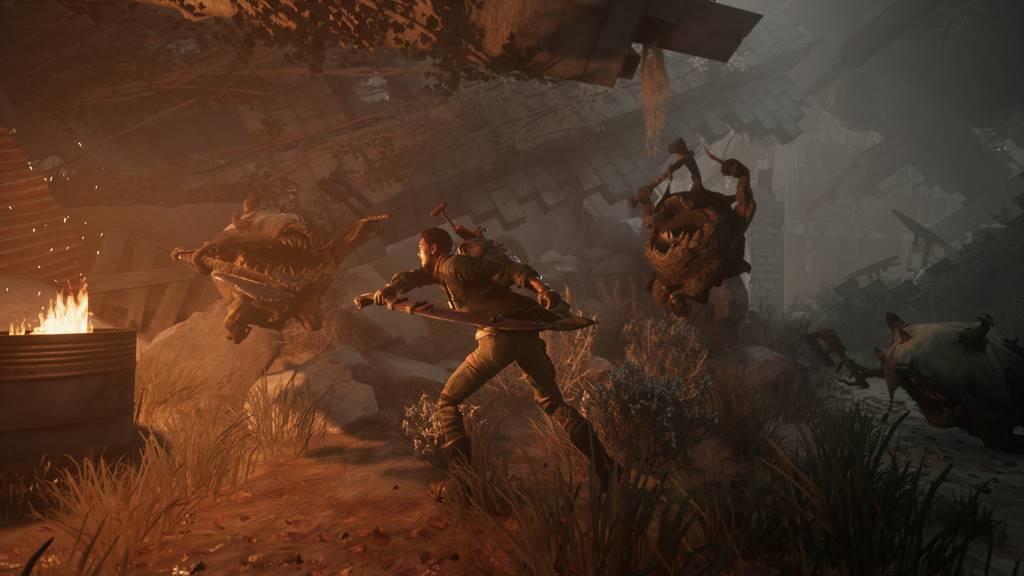 Combat is fantastic. You have three weapons at your disposal. A long gun, short gun, and a melee weapon. Short weapons are usually pistols. All of the weapons at your disposal are great because there are situations where you will need to use them all. Walk into an area and see enemies in the distance and your pistol will do a good job of taking them out from a distance. Hear that high-pitched warning sound and swap to the shotgun to deal with the tanks that take a lot of punishment to put down. The melee weapon is great for the faster enemies that will rush you or the ones that can teleport or spawn right next to you.

There's absolutely fantastic sound design. My speakers and subwoofer were put to good use as every gunshot, every melee hit, and every groan and growl from enemies would rock my living room. Seriously this game features some of the best gun sounds I have ever heard, with each shot or hit having an incredibly satisfying popping sound while you are dispatching enemies. Just like Dark Souls, you will die constantly if you aren't paying attention or if you are just rushing into enemies. You need to study each enemy, wait for them to come near you, dodge their attacks, and then attack on your own. You also can't be greedy. You need to get out when you can as a lot of the enemies, especially the larger tanky ones, will aggro and start attacking when you get close. You also can't spam dodge rolls as you do have a stamina meter that drains with every action. 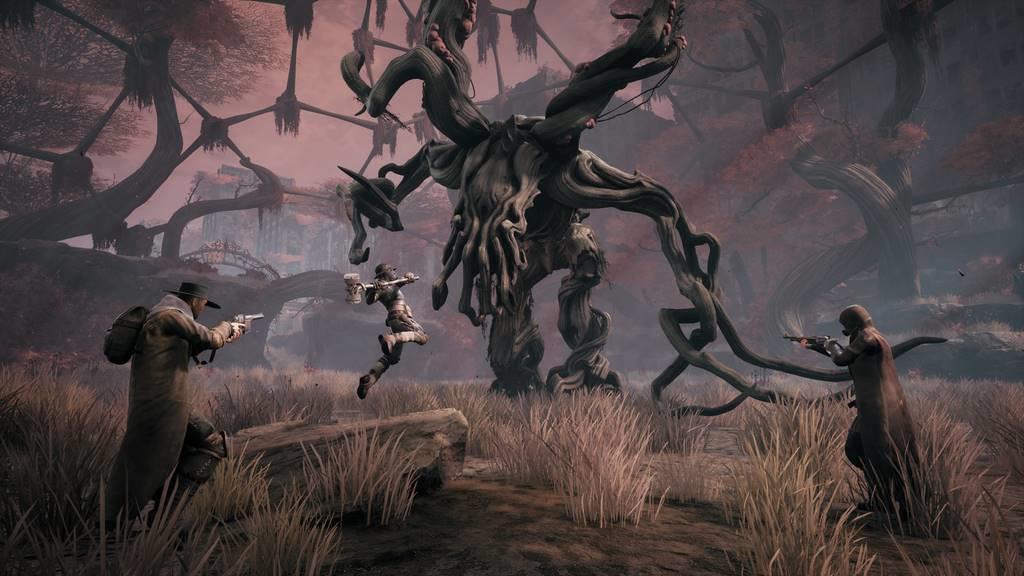 The bosses themselves all look great and are quite the challenge. When you are walking through an area and see that door or that giant wall of fog, you know that it's about to go down. Walking through the fog to be met by a giant monster that's 100 times your size never gets old. I got that "Oh man, here we go" feeling every time I encountered a new boss. For me, part of the fun is also paying attention to the boss so you can learn their patterns. Most of the time I would just be running around for my life before I could get a gameplan together. Unfortunately, that's when a big problem comes into play. It's clear that this game was designed with co-op in mind, and it's clear that these boss fights were designed to be taken down by multiple players. The problem is that the difficulty from most of the boss fights when playing solo comes from the fact that the boss will send out minions that will all gang up, chase you down, and melee you to death. Now most of these enemies are all glass cannons that will die in a single shot. They can provide ammo, but they never stop spawning. You can take out a hoard of them and you will see a bunch of them all rushing you down. This is really the only time in the game when I feel like my deaths are cheap, especially when I am desperately trying to regenerate health but can't since they are so fast they can rush you down and attack in seconds.

As I mentioned, the game can be played with up to three players in online co-op and I highly recommend it. The game is a ton of fun but it's even more fun with others. Boss fights by yourself feel at times like a chore, but they are absolutely epic with co-op partners. It feels like these bosses were meant to be taken down with help from other players. They require a lot more to take down, but it's so satisfying when you do. It's also easier as you can have one or two teammates focusing on the smaller melee enemies that will swarm in while the other person takes care of the boss themselves. Outside of boss fights, co-op is still fun because going through all the areas in the game and taking down enemies together is a blast. You also don't have to worry about loot as it's shared between all three players as soon as one person picks it up. 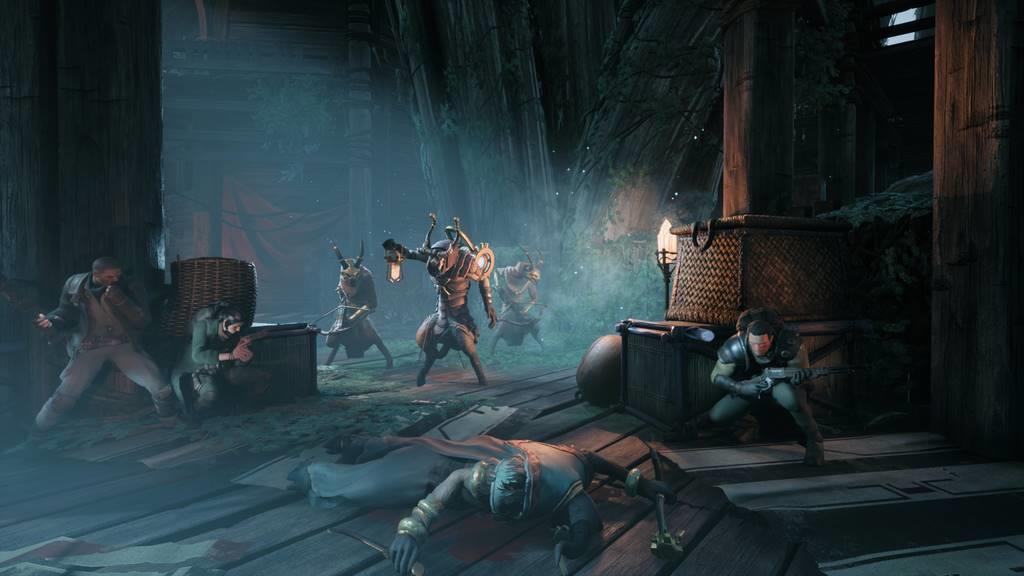 Another thing is that you will die. A lot. Thankfully, death is nothing more than a minor inconvenience. You don't lose any items or XP upon death. The only thing you lose is your progress to the next area as you will respawn at the last checkpoint you unlocked. When you respawn, all of the enemies you killed will be respawn, too. Trust me, your heart will start racing when you get deep into a dungeon and are low on health, because death means you will have to make your way through the dungeon all over again from the start. The good thing is that since you don't lose any XP, killing the enemies again just earns you more XP and scrap. If you are having trouble you can just warp back to the home base, upgrade your weapons and armor, and then try the dungeon again. Thankfully I never felt like I needed to grind out an area in order to progress, and all of my deaths felt earned. It was my fault for being too greedy or overly ambitions by rushing through areas and running straight into enemies, or not healing up when I should have. Yes, you will die a lot in this game, but never once, outside of boss fights at least, did I feel like death was cheap. All of my deaths were earned by my own stupidity and I am perfectly fine with that.

There is a story, of course, but it's the weakest part of the game. I'll be honest, I wasn't paying much attention to it. The problem is that this is one of those games where the story is told to you via uninteresting side characters just dropping loads of boring exposition. Usually in games where this happens, I just start skipping all of the story so I can get back to the game. In a game as fun as this, I didn't want to stand around listening to people talk when I could be out leveling up. From what I gathered, the world was attacked by mysterious creatures called "The Root" and there is only a small population of humans. You have to go find out what's going on and stop it. And there is a bunch of nonsense out there about kings and weird labyrinth worlds and towers appearing out of nowhere. Yeah, it's all incredibly confusing and not interesting at all.

Remnant: From the Ashes is one of the best surprises of 2019 for me. This is a great game. It's an extremely challenging game but at the same time it's also fair. Dying is your own fault because you didn't read your enemies and dodge accordingly. Because of that, at least for me, I was able to quickly learn from this and was ready the next time each of the many enemies in the game showed up. Aside from the lame story and the solo boss fights, Remnant is an incredibly fun game with amazing combat, fantastic co-op, and areas that are so good that you will want to keep pushing forward to see what will get thrown at you next.

Remnant is on my list of biggest surprises of 2019. I was apprehensive since I'm not a fan of Souls-like games, but this one is right up my alley. The combat is fantastic and it's even better when you are playing with others online.