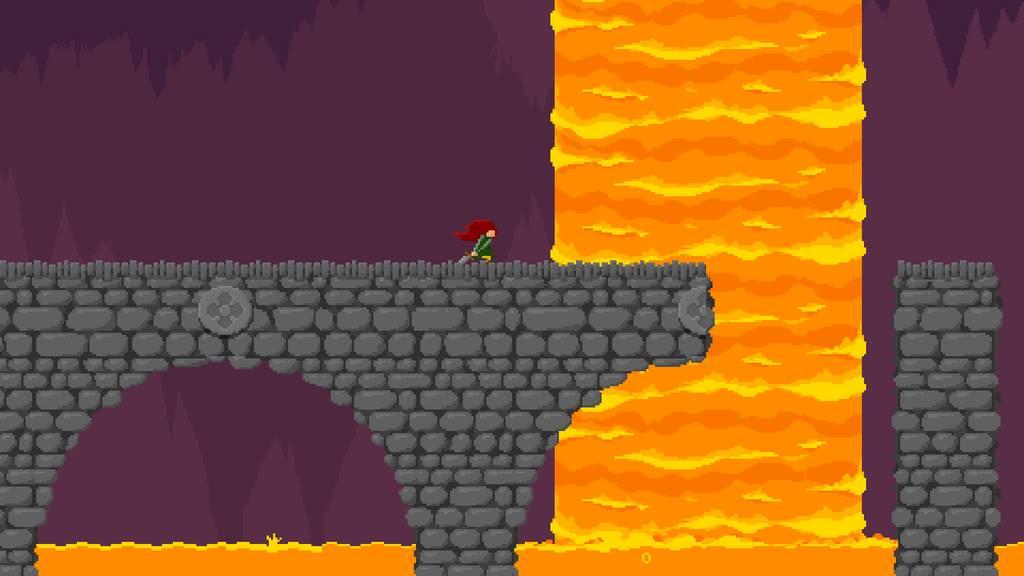 I would only be half-joking if I called the indie section of Steam “the Super Metroid tribute collection.” Indie classics like Guacamelee, Axiom Verge, Ori and the Blind Forest and even more high profile titles like Bloodstained: Ritual of the Night all trace their lineage directly back to the Metroidvania genre. I’ve played dozens of imitators and homages to the groundbreaking Metroid and Castlevania titles, and yet I never tire of them. For that reason I had to check out Mable & the Wood.

This charming little adventure-platformer from developer Triplevision Games has a fresh and cute premise. Creepy monsters have invaded the local kingdom, so a cult decides to reincarnate an ancient hero. They speak the incantation, but are they greeted by a steely vengeance-minded warrior like Samus, or an elegant master of the night like Alucard? Nope, they get a tiny red-haired girl, too small to even lift her sword, so she drags it behind her as she slowly but courageously makes her way forward. Mable is less capable a fighter than even Axiom Verge’s Trace, who was a weakly, mild-mannered scientist.

Mable begins her journey with only a single saving grace, the ability to transform into a tiny fairy for a very brief time. During that time she can fly a short distance, but she drops her sword when she transforms, so she’s defenseless. The only way she can attack enemies is by transforming back into a girl and recalling her faithful sword, which will fly inexorably back to her with the speed and force of Mjolnir. On its way it will cleave through anything in its path; the only way for Mable to attack anything, at least initially, is indirectly through this method. It takes quite a while to get the hang of this but it is undeniably unique. 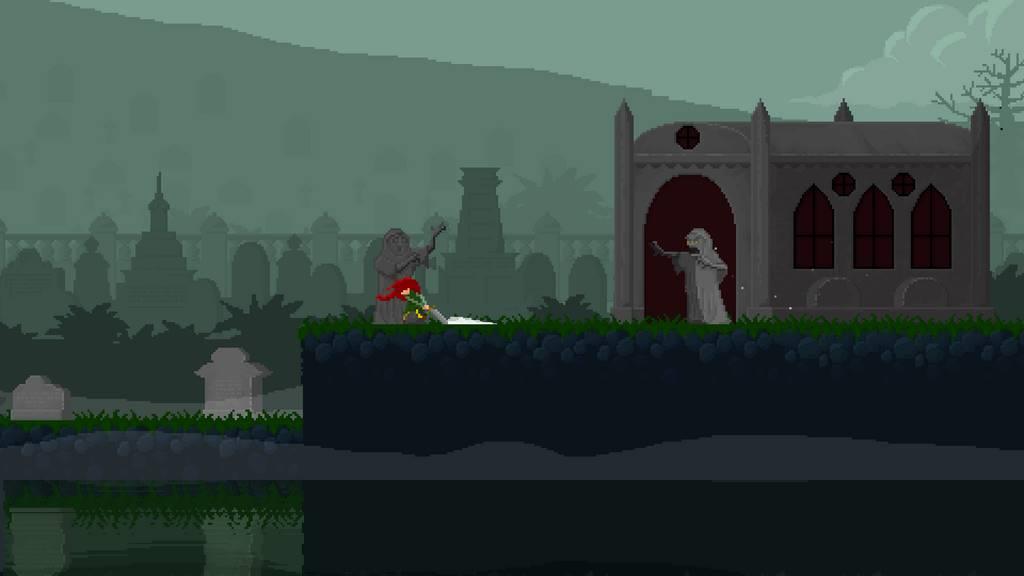 As Mable makes her way through the forests, caves and mountains of her magical kingdom she will of course encounter bosses. Defeating these bosses will earn her new abilities in the fine Metroidvania tradition, and each of these offers new traversal and offensive powers. For example her first unlocked ability turns her into a spider, which lets you zap enemies with webs and grapple-swing huge vertical or horizontal distances. Another ability turns you into a burrowing mole for digging through barriers, while yet another turns you into a ghost that can clip through scenery. The catch is that each form drains your magic meter at different rates, so you have to time your platforming appropriately to avoid a painful death, and also switch between powers to tackle different situations.

This makes for a highly creative and fresh Metroidvania experience, which makes me wish that Mable and the Wood implemented a lot of its systems a whole lot better. This is one of those shoestring indie games that a tiny team, this time led by one Andrew Stewart, has been working on for years, and I really have to give them credit. But that said Mable and the Wood still needs work.

For one the transformations are all unique and exciting new ways to traverse and do battle, but they are also a touch uncomfortable to control, and in some cases they just glitch out or break entirely. The fairy and spider in particular need some physics tuning to feel effortless and fun; as they handle right now, I was more likely to sail into a spike pit or make multiple unintended collisions with an enemy. The mole and ghost powers have their own issues, as it’s not unheard of for players to get stuck inside the level geometry which necessitates a reload of the previous checkpoint.

Speaking of which, checkpoint locations need rebalancing. Some areas are littered with the helpful progress-marking torches, while other more taxing locations are gauntlets filled with lava pits, spike traps and crushing ceilings, but conspicuously light on checkpoints. I have no problem with difficult games—I enjoyed both Cuphead and Sekiro recently—but Mable and the Wood seems undecided on whether it wants to be a grueling old school platformer or an action-adventure title. 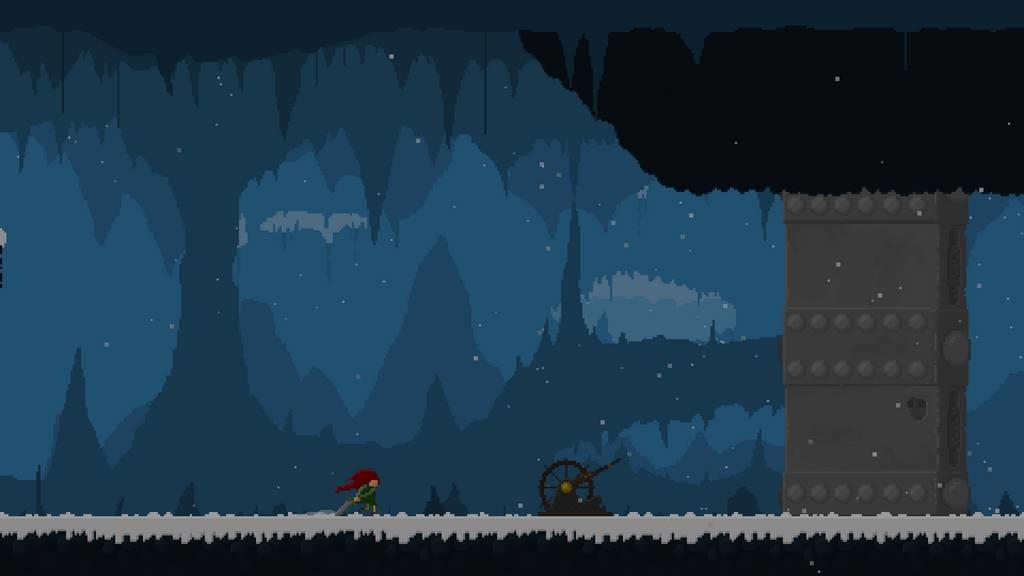 If Triplevision really wants to make Mable and the Wood a compelling Metroidvania, as they state right on the Steam page, then what they need to work on most of all is their level design. Mable and the Wood is too difficult a platformer to encourage exploration and backtracking the way a good Metroidvania does. Each area has a distinct theme but the level geometry is blocky and repetitive. The map system—when you can even locate a map of the current area—is difficult to real and is more of a hindrance than a help. Triplevision doesn’t need to dial down the difficulty to make Mable and the Wood addictive. After all, some of those classic Castlevania games could be absolutely brutal and required some judicious use of special powers and a healthy amount of grinding to beat comfortably. That said, the best Metroidvanias build their maps and item progression in such a way that they loop back on themselves, and pluck at those mental notes you made, so you think “aha! Now I can finally visit that blocked off area at the beginning.” Triplevision needs to tweak each area to make them just a little more distinctive, and re-tune Mable’s abilities to make exploring and re-treading old locations more intuitive.

I’m hoping Triplevision continues to fine-tune Mable and the Wood because what they have here is truly tantalizing. The pixel art is well done and endearing; not arty or lazy like so many indie games, but subtle, understated and resplendent with charming little details that give it a mischievous personality. The soundtrack, by the composing duo at Fat Bard Music, is exquisite. It has elements of early Bioware music but also touches of classic Mannheim Steamroller synth albums, all of which combine to give the game an intoxicating sense of wonder and mystery. Each piece of music fits each new area like a glove. Everything about Mable and the Wood sets the stage for a stirring and whimsical fantasy adventure…I just wish the mechanics themselves held together a little better.

Mable and the Wood is a frustrating experience because I do crave a good Metroidvania, and I so wanted to dig into this one and see all that it had to offer. Supposedly it has multiple endings, including the ability for a pacifist run, which recalls shades of Iji, another indie adventure-platformer that I adore. Triplevision has their heart in the right place and the foundation they have here is really, really exciting. They’ve already released a couple of quality-of-life patches, and I fully expect this small team to keep improving their passion project. Keep your eyes on Mable and the Wood, I have a feeling that in a few months, it will be something really special.

Mable and the Wood is a seductively whimsical fantasy adventure with excellent graphics, music and a lot of good ideas, but for the moment it is held back by balance and technical problems.