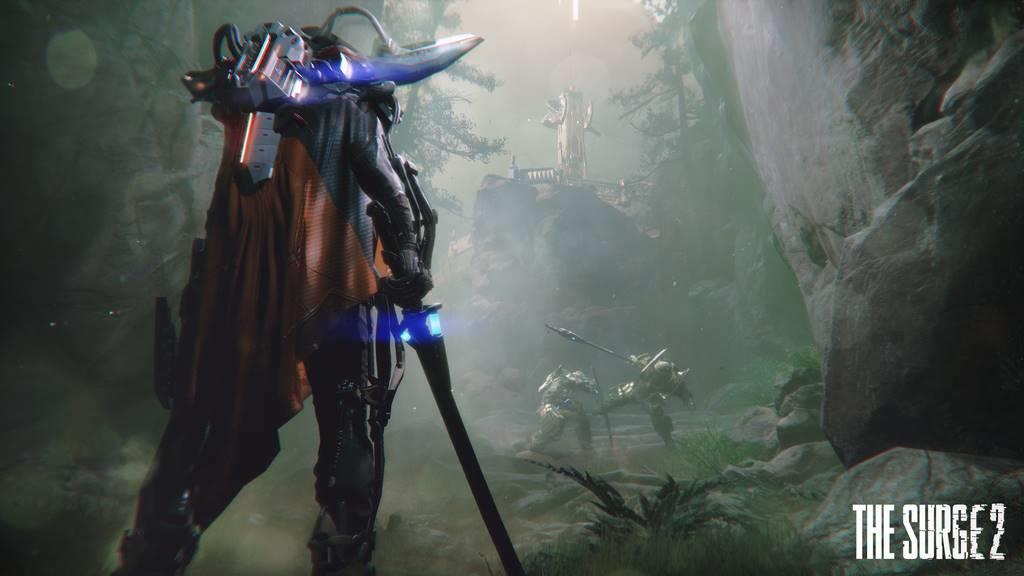 I always like to get a sense of what a developer is trying to accomplish in any given game through the simple expedient of reading their blurb on Steam. For The Surge 2, it is this:

“In a bid to survive, explore the sprawling, devastated Jericho City. Fight ferocious threats in brutal, unforgiving combat, slashing and tearing the limbs off your opponents to steal their equipment.”

It is probably bad form to lead a preview with the punchline, but in this case… I’m going to say it right up front, with a minor edit: The Surge 2 is utterly unforgiving in combat - your opponents will slash and tear off your limbs as you attempt to steal their equipment. To be fair, any and all limb-tearing is limited to your attempts to sever their limbs - they just plain kill you over and over as you try to steal body parts from them. Either way, someone or something is gonna die.

It all starts innocently enough in the same cliched “wake up in a medical center with no idea who you are or what you are supposed to do.” way as many games that have come before.

As is typical to this kind of entrance, your identity and reason for being there ultimately doesn’t matter at all - nothing that will ensue once you leave the relative safety of your launching point will depend on where you came on scene; you will know who you need to fight based solely on their aggressive stance, which is a nice way of saying that enemies will clearly identify themselves by trying to bludgeon you. It happens quickly, too. So quickly that I was dead within the first couple of minutes in the game. In my case, it also happened repeatedly. Call me a slow learner, but I suffered brutal slayings by the first few NPCs at least a dozen times before I got to the first boss. That did not end well. 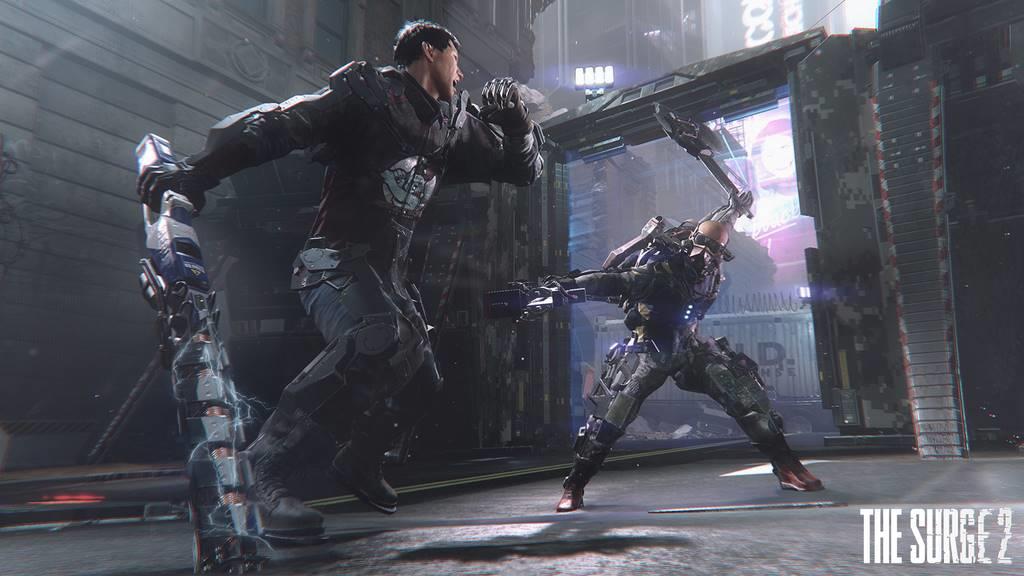 Fortunately, there were other problems that I was able to deal with before getting to that point; a locked door that required a key card to open - that was fairly straightforward as the missing key card was helpfully highlighted in a bright orange color. I also had to destroy one or two of the automated guards (it is soon revealed that you are in a prison that is currently undergoing a change in management, so to speak) before finding the key, but that only took a couple of deaths to figure out. Upon the destruction of the first sentry drone, I was able to collect some scrap material, the value of which would become apparent later.

I also discovered that when (you will note that I don’t use the word “if”) I got killed, I dropped all of the scrap that I had picked up. When respawned, there is a timer running that sets the amount of time that I have remaining to find and recover the dropped scrap. I abhor being on a timer, so I never bothered to worry about it. If I found it, that was fine, but I wasn’t about to rush through the highly dangerous gorefest just to recover something I had yet to learn the value of. Later, when I did know what the scrap was used for, I still didn't run around looking for it. I hate timers!

I also had to learn the distinction between inert medical kits sitting on shelves or in store rooms, which were purely decorative, and the actual med kits hanging on the walls. Which, as it turns out, are far rarer than the inert kits. For a combatant as weak and easily damaged as a banana, it was also something of a disappointment to me to find that they are only good for a single use. A little bit later in my progression (or said another way, after about half an hour of slow progress and many gory deaths) I found out that there actually are multiple-use medical machines, but there are far less of them. One per level in my experience, but that cannot be extrapolated throughout the entire game. 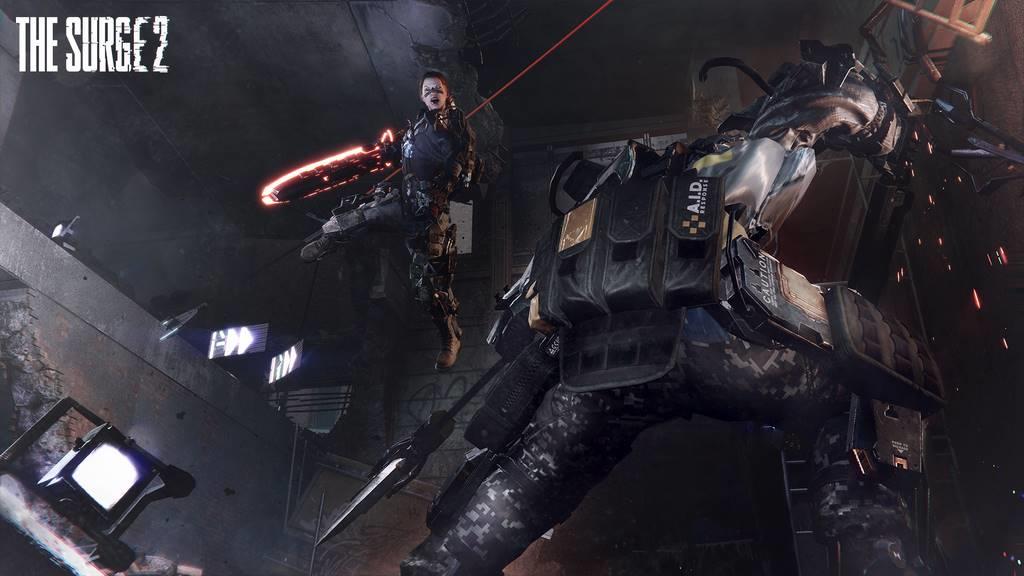 Why don’t I know if there are more of the good medical machines on later levels? Simple. I haven’t been able to get past the first (and presumably easiest) boss. In fact, I had died countless times before I even got to the boss. By the time I did get to it, and consequently got being killed by it perfected to an art, I was able to hack my way through the first set of opponents fairly routinely. The jump in difficulty between those first few opponents and the first boss was staggering. To be fair, fighting games have always been difficult for me - I’m of an age where I cannot keep up with the frenetic pace of the fights. My typical strategy, if it can be called that, is to dance around trying to avoid the insta-kill until such time as I can get in close and simply mash buttons on the controller, hoping against hope that a flurry of disjointed attacks and randomly timed blocks will carry the day. As a strategy, that was totally inadequate at the boss level, so I went with Plan B: enlist the aid of Gamer Daughter, who loves this kind of thing.

She failed too. This is a hard, hard game.

So, as far as the slope of the difficulty curve, it can be described as “steep,” again with the caveat that fighting games are not really in my wheelhouse. The designers of this game did people like me a huge disservice by adding a Stamina gauge and making it deplete quickly in the early stages. The stamina is directly tied to your ability to fight, but as it runs out very quickly, it has a huge detrimental effect on a button smashing form of fighting. I would run out of steam after four or five punches, leaving me too weak to even retreat. Which in turn led to... 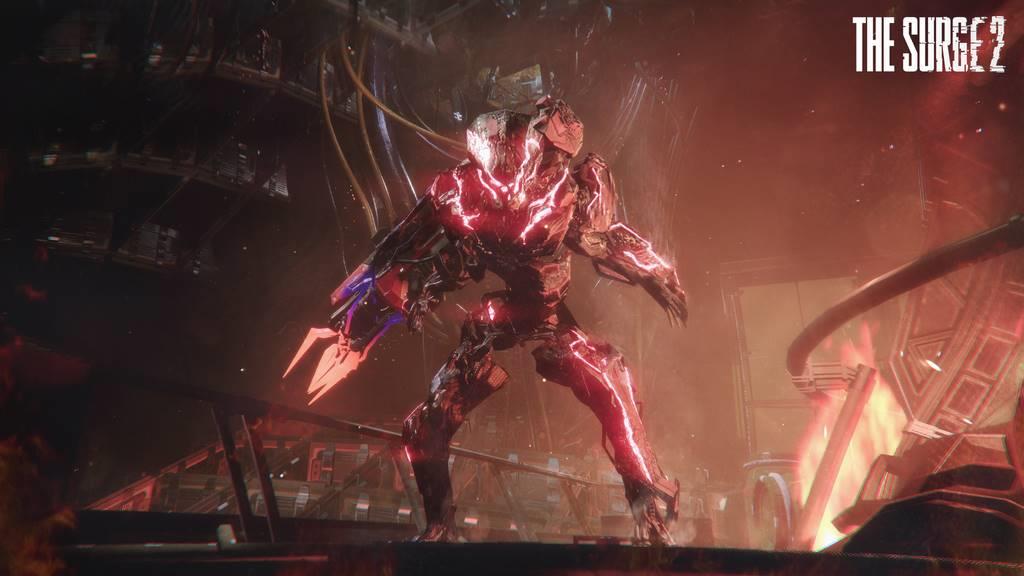 Why, then, would I even consider playing such a game?

Because there is so much more to it! You see, the point isn’t simply to strut around kicking opponents’ rears and taking names, it’s to carefully and consciously sever their bionic attachments/limbs and re-purpose them to your own needs. Basically, you will need to find schematics that will show you how to combine various types of cut off appendages and pieces/parts to build your own arsenal of hybrid weapons. While that sounds all well and good, it isn’t all that easy to do. To sever a limb from an opponent, you have to be careful to do the actual severing before killing the guy/thing it's coming from. When you consider yourself lucky to simply survive an encounter, subtleties like using the correct button for the final kill isn’t nearly as easy to do as it is to say.

The game is also not solely about fighting and gathering/crafting. There are elements of platforming, and there are also some RPG-ish aspects as you meet up with other non-enemy NPCs. There are clues to be found that will presumably fill out a backstory that explains how the whole violent mess got started. Personally, I didn't spend much time learning the back story. I was too busy dying. 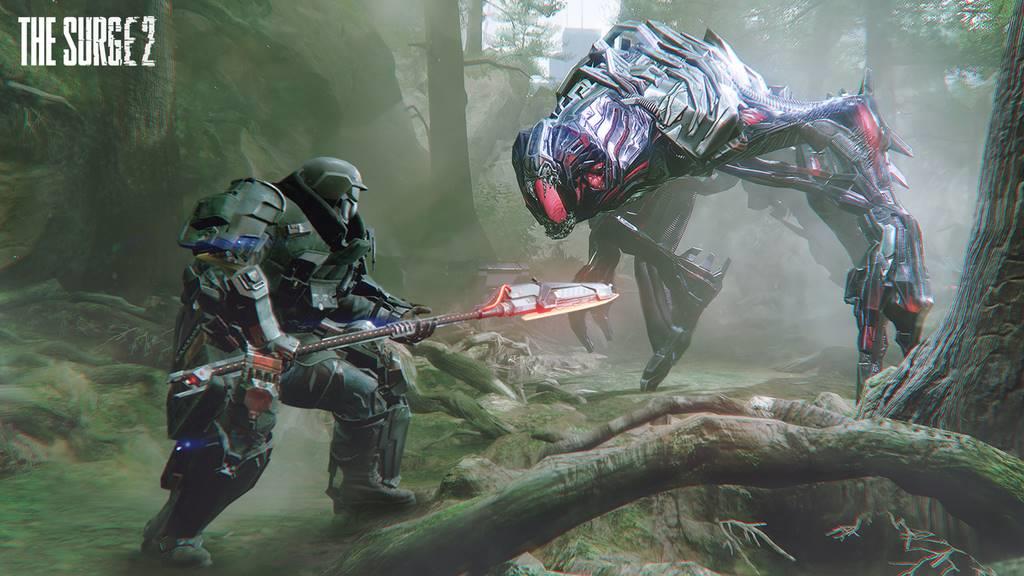 Even as bad as my fighting skills turned out to be, I don’t regret attempting to play this game; I just regret not being good enough at the required skill set to fully enjoy it. The world is cluttered with the detritus of violence and sets a mood that comports with the gameplay, and the layout encourages the player to find shorter ways to get back to the fixed-position medical machine. There is plenty of cover to hide behind (which in my case was simply buying time before my next death), and checkpoints seem to be generously spaced. I didn’t get very far in the collection of body parts and the crafting of useful weapons for myself, but even in the early levels it is apparent that there is quite a lot of depth to that aspect of the game. Energy management also plays a huge role in the fighting aspects, which adds yet another element to the collection of things that goes into being able to fight against ever more powerful enemies.

The Surge 2 delivers on the promise of “brutal, unforgiving combat,” and it does it without being solely dependent on key-pressing fighting skills. That said, those fighting skills are fundamental to achieving success in this game, no matter how much you concentrate on, and succeed with, gathering parts and crafting more powerful weapons. One could also reverse that and say that fighting skills alone won’t be enough on their own to get you through to the end - you will also have to succeed in building out your own personal arsenal. These are traits that one looks for in a well designed and well balanced game, but I would be remiss in not pointing out one more time that the fighting in this game is, well… brutal and unforgiving.