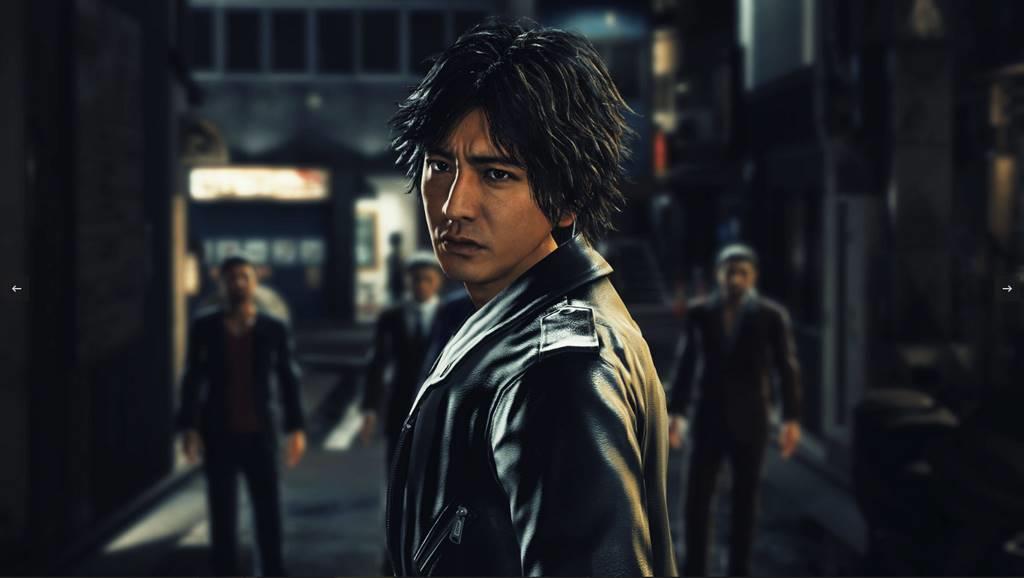 The Yakuza series has been gaining popularity here in the West ever since Yakuza 0 was released. This is how I was introduced to the series and I absolutely loved that game. A fantastic story, lots of great side activities and a fun fighting system kept me playing that game for hours on end. While the main story of the Yakuza series, mainly the end of Goro and Kiryu's stories, the series still continues on with Judgment, a spinoff of the series. Judgment will feel very familiar for Yakuza fans but there is enough here to separate itself from the Yakuza games to make what is hopefully the start of a fantastic new series of games.

You play as Takayuki Yagami, once a criminal lawyer who got a man a not guilty verdict from a very serious murder charge. Unfortunately with his newfound freedom, said man immediately returns home and murders his girlfriend, setting the house on fire in the process. Because of this, Yagami is shamed and disgraced and leaves the law firm works at. That's okay because the story jumps a bit in time and Yagami is now on his own doing his own thing. He still returns to his old law firm from time to time and still tries to uncover the truth but all from outside the confines of the law. This is when a serial killer is on the loose in Kamurocho as bodies, mostly Yakuza members, start piling up around the city with their eyes gouged out. Yagami, along side some of his buddies tries to uncover the mystery. Despite being in the same universe as the Yakuza series, you won't be seeing cameos from said series. (for the most part, I won't spoil it)

The main difference between the Yakuza series and Judgment is that the Yakuza series was pretty much all about the inner working of the Yakuza gang. While there is plenty of that here, Judgment plays out like a police procedural. You go around the city, mostly questioning any witnesses and gathering evidence while trying to put all the pieces together. This is where most of Judgments unique investigation mechanics come in. First off, when investigating a crime scene you will enter a first person view. From here you will need to search the area with the cursor until you come across a point of interest. When highlighting it, you will learn more about the piece of evidence and it will be added to your case file. If you have played any of the Phoenix Wright games, this might feel very familiar to you. Said evidence will need to be used later either in court of while talking to other people to prove they are lying or they had something to do with what is going on. As expected with this series, the characters, voice acting, and motion capture are absolutely phenomenal, making you care about every character in the game the second you first meet them. The game even features an English dub which is fantastic as well. Well, almost fantastic. 99% of the characters that are voiced in game do a fantastic job with their voice acting, but there are a few, mainly street thugs or bosses that could be better. That said, they didn't feel out of place nor ruin the experience. 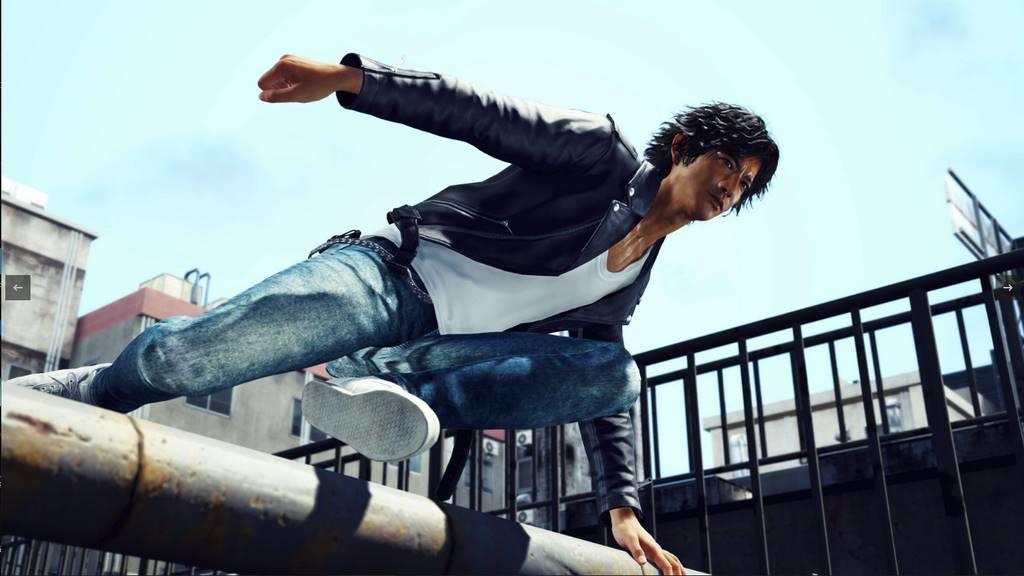 Sometimes you have to tail suspects. To do this you will need to follow them as they walk to their destination. Since they are usually doing suspicious things, every so often they will quickly turn around forcing you to hide. Knocking over things or making tons of noise will cause them to turn around as well. If you lose sight of your target, a countdown will start where you will need to locate them again or you will fail the mission. These sequences are fine but my biggest problem is that sometimes they go on for way too long. There is also an issue where these AI controlled suspects will just start wandering around aimlessly, turning around and walking the other direction only to turn around again to get to their destination. This is pretty much done to keep you on your toes and force you into hiding but it can get pretty obnoxious as well. Finally you have a drone at your disposal that you can use to track suspects as well from the air.

Throughout your travels or of course during most of the main or side quests in the game, you will get into random brawls with street thugs, Yakuza members and more. There are two fighting stances you can enter. Crane and Tiger. Crane stance is used to fight multiple enemies at one time and Tiger stance is used to fight single enemies. The combo system is easy to learn with simple presses of the square and triangle buttons. You also have an EX system. As you land attacks on enemies (or by using certain consumable items) your meter will grow. The EX system allows you to do one of two things. The first is that you can press the R2 button The best part is that whether you are fighting a group of thugs or a single enemies, all of your combos and moves flow together so perfectly that it looks like you are watching a martial arts movie. Even better are all of the destructive environments.

Anything that isn't bolted to the floor can either be destroyed in battle or picked up and used as a weapon. From baseball bats, traffic cones, bicycles and more, you can pick up a weapon to The thing I love to do the most in a fun is to grapple an enemy and then use the throw button to send them flying through the window of a convenience store or a restaurant. Then you can take the fight inside and destroy the whole interior of the building sending glass, tables, chairs, and shelves full of food flying all over the place. I have done this a thousand times probably and it never gets old. There are also points in the game where certain gangs will invade the city and a threat meter will pop on on the screen. Starting at 100%, you will find the chances of getting into fights with gangs will increase tenfold. In order to get the gang off your back you will need to find and defeat boss leaders in the city. These bosses are extremely powerful and are able to drop your health significantly with their attacks. 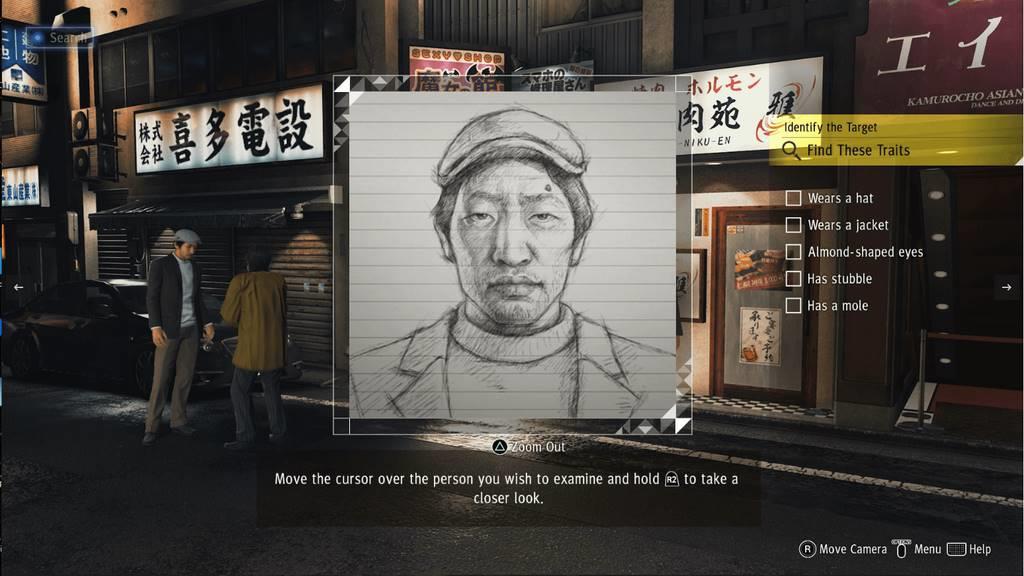 When it comes to an open world game, the world needs to be a character in itself. There are a lot of open world games like Agents of Mayhem where the city itself is completely boring, void of any life or excitement and is just a backdrop for the game. Kamurocho is a beautiful city despite the fact that we have seen it before in the Yakuza games. The city itself is a living breathing character full of people, stores and shops you can enter and beautiful scenery especially at night. Walking through the city at night and seeing all of the neon lights, led sign boards is a fantastic experience. You will find yourself getting lost in this world, completely forgetting your current objective as you just want to walk around and observe everything. Even better is that the game encourages exploration as you may trigger side quests or you may meet new friends simply but just going certain places on the map.

Even better is that just like the Yakuza games, there are plenty of side activities to complete aside from the main story. You can easily spend tens of hours with side activities alone. While not as many as Yakuza 6 or even Yakuza 0, there is still plenty to do like play old Sega arcade games at Club Sega, play darts, customize your drone for drone races or complete various side missions with the friend and job systems. There is also of course the UFO Catchers that will never grab onto anything. There are many people that you can meet and become friends with in Kamurocho. They can be shop owners, employees at the convenience stores, or random people you meet during the main story. Each one of these characters has their own stories and their own problems you can help out with. The more you help them out, the more you earn their trust and you can earn perks in the process. Aside from SP used to upgrade the main character, you can also get discounts at various stores or they can even help you out in fights. If you get into a fight with random thugs near their location, you may get to use a special EX attack where they will help you out in the battle at some point. Also throughout the city there are places where you can take on various jobs as a private investigator. These story missions can be anything from cheating spouses, missing persons, or helping catch a gang of sexual deviants.

Judgment is a great game and a great spinoff to the Yakuza series as well. The story does a great job of dropping little bits to keep you constantly hooked. From what seems to be a simple murder investigation, to the investigation of a serial killer, turns into an entire full blown conspiracy spanning the entire city complete with betrayals, drama and lots of emotion. The side quests including the friend system and PI missions are great and will also keep you coming back to see everyone's stories. Finally, despite constantly getting into battles as you traverse the city, never once did I say "ugh again?" because every fight, no matter how short or long for me was a blast. Judgment is a great game that fans of the Yakuza series will enjoy and newcomers that have never played a Yakuza game can enjoy as well.

Some of the Detective mechanics can be hit or miss at times but still hold up enough to make Judgment a fantastic game. An engrossing story, fun missions, fun side activities and great fighting mechanics makes for a great game that both fans of the Yakuza series and those who have never played a Yakuza game before can enjoy.