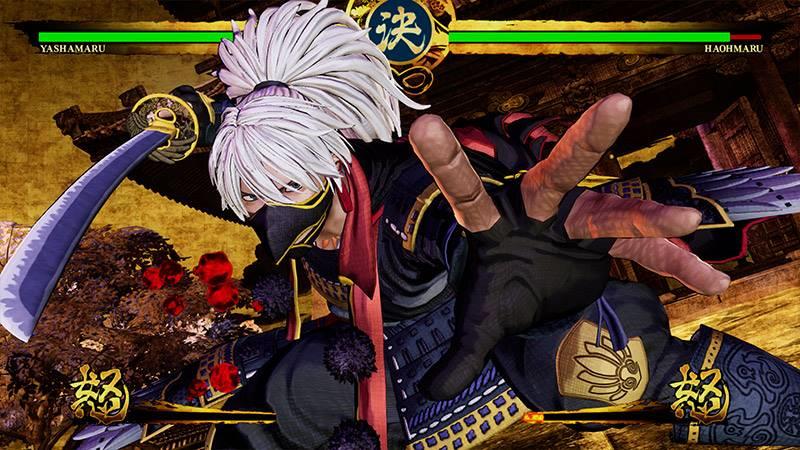 It's a great time to be a fighting game fan. The genre is as big as it's ever been. Major tournaments have been filled to the brim with games and their communities are still growing. Hell, we just witnessed one of the greatest matches in FGC history and the wake up super heard round the world when Knee took on Rickstah in Losers Top 8 at Combo Breaker. From Guilty Gear, Soul Calibur VI, Mortal Kombat, Tekken 7, the genre is thriving right now and another classic fighting game is making it's return with Samurai Shodown.

Samurai Shodown is not like other fighting games. This isn't a game where you are going to be rushing in on each other trying to pull off huge strings of combos. Samurai Shodown is a lot slower than other fighting games. I mean a lot slower. A LOT slower. Movement speeds are pretty much at a snails pace but there is a good reason for this as Shodown focuses more on the neutral game, the part where you are both playing footies or keeping each other within the space of your longest attack looking for an opening. It's all about picking the right spots and trying to hit opponents at exactly the right time. The game makes up for the slow movement by having attacks deal more damage. Rounds can end in only three or four hits and one misstep can allow your opponent to take advantage as you watch 50 - 70 percent of your life bar drain in seconds. To me this is what makes the game fun and sets it apart from other fighters. Having the patience to sit there and then blocking an opponent to only dish out huge punishment to them is extremely satisfying.

There are other mechanics to the game as well such as being able to instant block moves. If you guard at the right time, you will parry their attack and it will leave your opponent open for a very short frame of time where you can then attack in return. You can also disarm your opponents through a special attack. Doing this causes your opponent to drop their weapon. You can pick up your weapon again but when you are disarmed you will take chip damage as opposed to no damage when you have your weapon. Finally there is the Rage meter. As you take damage the meter will grow. You can press the R2 button to activate Rage mode. While in Rage mode you get access to additional attacks, and get access to the Lightning Attack move. This move will cause your character to dash across the screen and enter a special animation where the screen goes red and blood starts gushing out of your opponents chest. This move deals damage based on how much health you have left. This means that no matter how much life a character has left, the match can be won and lost in seconds. To add to this, much like Mortal Kombat 11's Fatal Blow system, you only have access to Rage Mode only once per match. Use it in the first round and it's gone for the rest of the game. This means you really need to be on your toes at all times and think before you use it cause if you waste it, you have lost incredible resources to help defeat your opponent. 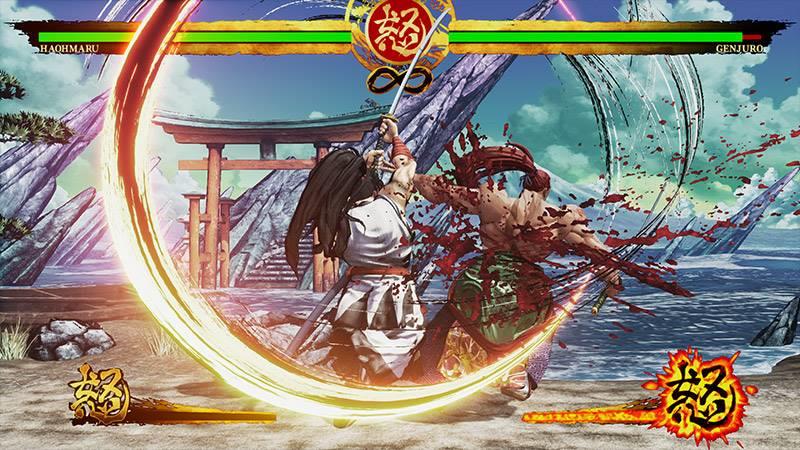 Samurai Shodown boasts of roster of returning favorites and a couple of new characters as well. New comers Darli Dagger and Wu-Ruixang are pretty great. Darli Dagger has insane reach with her heavy attack from her buzzsaw sword and can deal a ton of damage with a single hit. Ruixang on the other hand utilizes her shield for a variety of attacks. She can zone with a projectile, place a trap on the ground that will launch enemies high in the air if they step on it, can reflect attacks and can call down lightning which will will damage anyone that comes near. The other thing I will say is that the game looks and sounds fantastic. Everything from the menu screens to the characters and the stages themselves are presented in a style that makes them look like they really are paintings of ancient battles between Samurai. The sound is great as well as each fight will start off with absolute silence and the music will ramp up over the course of the match while the sounds of drums and clanging swords echo throughout the battle. The game only features Japanese audio with English subtitles, which doesn't bother me but it should be noted. 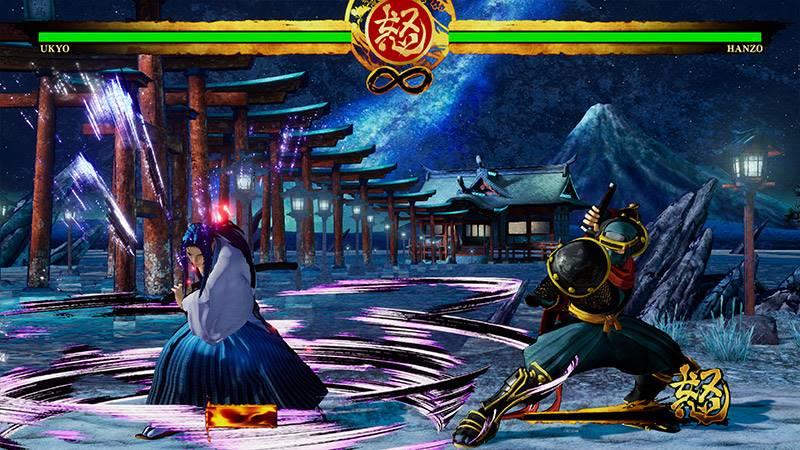 The actual fighting is great but unfortunately Samurai Shodown is a pretty bare bones package compared to other fighting games that have been released in the past few years. The game does contain a story mode but it feels more like a traditional arcade mode from a 90's arcade fighting game. You select a character and get a brief introduction to said character and their motivations. From here however, there isn't much else between nine or so fights against the CPU. You will get brief, and I do mean brief, cut scenes introducing the final boss but you will most likely skip these after seeing them once. Then you get to the final boss which is pretty easy to beat once you learn her patterns. Beat the boss and you get your characters brief ending. That's pretty much it. There isn't much here to help new comers understand the lore of Samurai Shodown, which would have been really helpful considering this game is a reboot of the series. Well kinda, it a sequel to Shodown V but a prequel to the first game. Other than story mode there are typical arcade modes like Time Attack, Survival and Gauntlet. Time Attack is simply beating CPU opponents in the fastest time possible, Survival is beating as many opponents on a single life bar and Gauntlet is trying to beat the entire roster without a loss. but they will unlikely hold your attention for very long. There is also a gallery of stuff to unlock even that probably won't hold peoples attention for that long.

That said, that doesn't mean it's a bad game. It's a great fighting game but it's a shame that it has little to offer for those who like to play fighting games for other single player modes or even for the lore of the series. Samurai Shodown knows what it is and it does it well. It brings back the classic series with a modern title that will make fans of the series and the pro players very happy. The mechanics offer something different from other fighting games and hold up on their own to create a fantastic and satisfying game that is probably going to be as fun to watch as it is to play.

Hardcore fans of the series and the pro players will likely love Samurai Shodown. This game is gonna be great to watch and I suspect it will thrive in the FGC tournament scene. Unfortunately that while the fighting game part of it is great, the rest is a really barebones package that most likely won't hold the attention of others for an extended period of time.