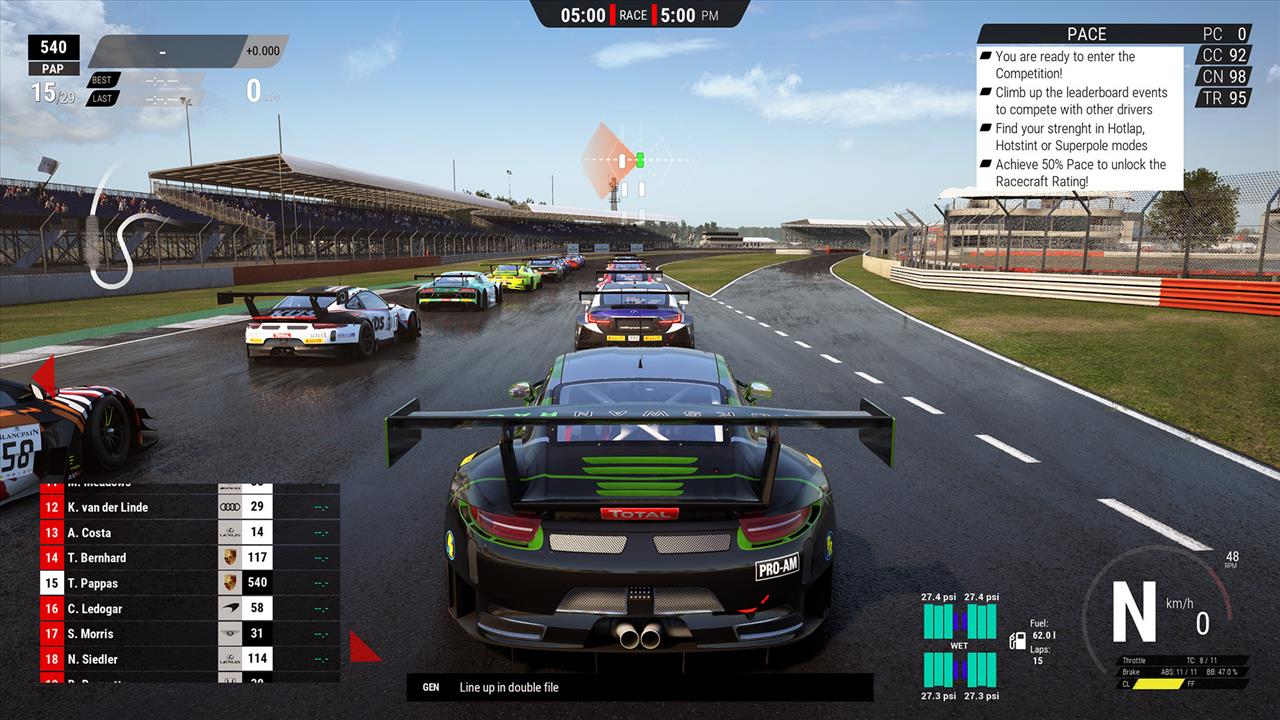 Written by Dave Gamble on 6/11/2019 for RIFT
More On: Assetto Corsa Competizione

The racing simulation market is becoming gratifyingly large - there are general purpose sims, such as Project Cars 2, Assetto Corsa, and rFactor 2, and there are tightly focused sims like DiRT 2.0 and F1 2019 for players looking for a more tailored experience. Every now and then, there is a crossover. Case in point: Assetto Corsa Competizione (ACC), which is a new version of Assetto Corsa with a laser-like focus on the venerable and highly popular Blancpain GT series. More specifically, it is the European version of the series, so one can expect to be racing on world famous circuits such as Monza, Spa, Silverstone, and more. There are many appealing facets to the GT3 racing series, one of which is a slight commonality with American NASCAR racing: the cars are recognizable as commonly available, albeit expensive, high-performance street cars. This aspect is appealing to wannabe racers that want to maintain even the slightest scintilla of belief that they too could someday drive one of these cars. Well, to be honest, that’s what appeals to me - I’m just projecting the same dream onto the rest of you.

I bring up the topic of a crowded market of high-quality racing sims that covers pretty much every racing genre (with the possible exception of drag racing, but racing without turning is really just, well…. boring) because there are some very serious flaws in ACC. I don’t want to dive right into those flaws, though, because there is a great deal to like about ACC - Kunos has apparently bought into the contemporaneous release strategy of “get it out there; we will fix it with updates,” which is rife with risk. Consider rFactor2: it had a terrible release and to this very day continues to fight to regain credibility. To be fair, the problems with version 1.0 are mostly going to affect VR and/or TrackIR users, who make up a percentage of potential buyers. What that percentage is, I don’t know, but I am one of them.

So, setting that aside, how good is ACC? Again, that depends. Being tightly focused on a single series has its strengths, and it has its weaknesses. Compared to PC2 and rFactor 2, ACC is comparatively bereft of tracks, having slightly less than  a dozen. Compared to the lengthy track list of PC2 and a virtually unlimited number of mod tracks for rFactor2, it looks pretty weak. On the other hand, with such a relatively low number of tracks, there was time to do a really good job on them. The are, in a word, gorgeous. They are all also reportedly laser scanned, which makes a tremendous contribution to the feel of the track, assuming the use of a good force feedback wheel.

The same holds true of the cars; they are highly detailed and I have yet to find one that isn’t a compelling mix between realistic tactile feel and a nearly insurmountable desire to spin out of turns. Note that the latter observation is not a negative - these are heavy, powerful cars and take more than a little finesse and skill to master. If you just jump in and head for the track, you will very likely find yourself in the gravel within half a lap. Once you slow down and get a feel for them, though, they come alive in your hands. I found the force feedback to be on par with my favorite FF title (rFactor2), but force feedback is one of those things that are primarily just a matter of taste. I have never driven a GT3 car, but I have driven a Porsche Carrera GTS 4 on a racetrack, which admittedly isn’t much to go on, but rF2 (and now ACC) are the closest I have come to that feel. Note that I am using a Fanatec wheel, which also contributes to the excellent feel and might have something to do with how natural it all feels. YMMV. Also note that the out-of-the-box settings did require some tweaking to get rid of an annoying rumble. In a direct comparison, though, rFactor2 is still better in that it goes beyond just providing bumps and steering resistance. Hitting a kerb in ACC sends a shock through the wheel to your hands, but rF2 goes further and adds a modicum of steering influence as well. It’s very subtle, but with ACC you know that you hit a bump, while the supple nature of rF2 not only tells you that you hit a bump but that the spot would contain a small puddle if it was raining. It’s sublime, whereas ACC is merely adequate. 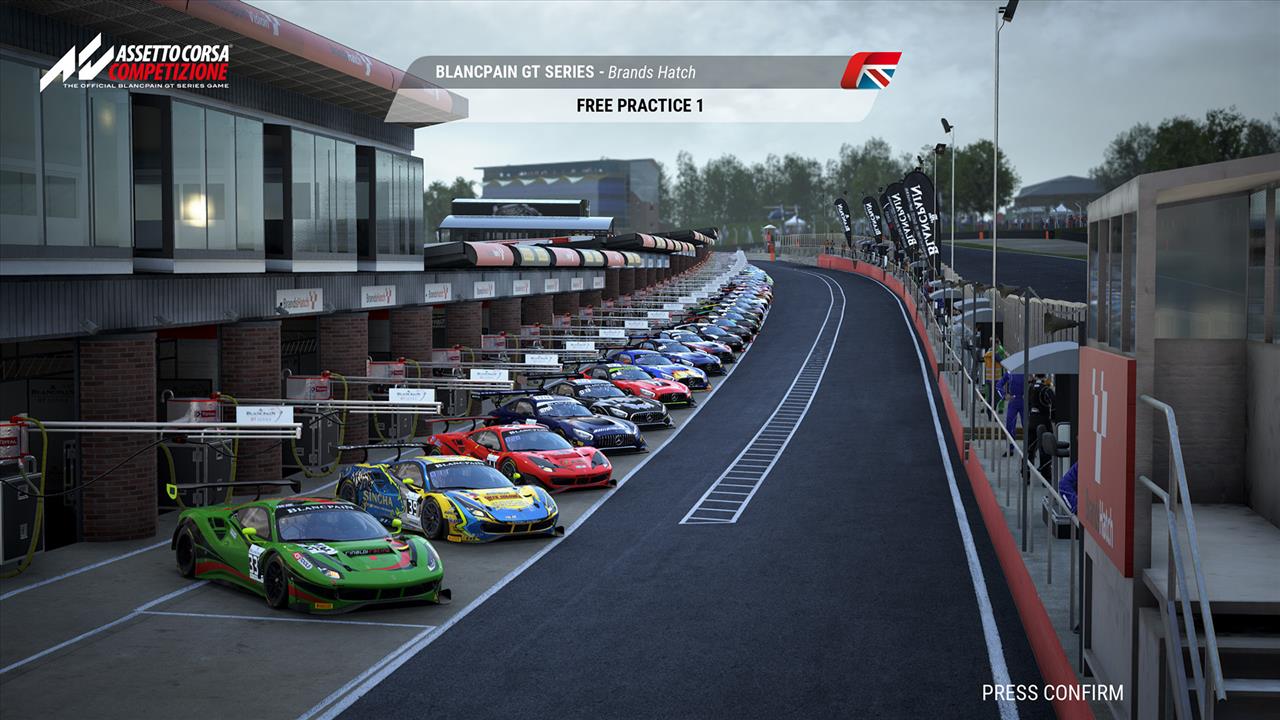 Look and feel are, of course, hugely important, but one should not discount the effect that sounds have when it comes to high performance driving. Hands down, ACC has the best and most varied sounds I have ever experienced in a racing sim. Obviously there are engine noises, transmission whine, wind effects, tire noise, and the rest, but there are also a lot of mechanical bumps, knocks, clanks, and sundry mysterious clatters contributing to the cacophony.

At this point in our review, it’s all looking pretty good for ACC, and perhaps someday in the future it really will be. As of version 1.0.0, though… it might be best to adopt a wait and see strategy. There are fundamental problems that one would not, and should not, expect for a full release (as opposed to Early Access), and they affect pretty much every part of the package. In no particular order: 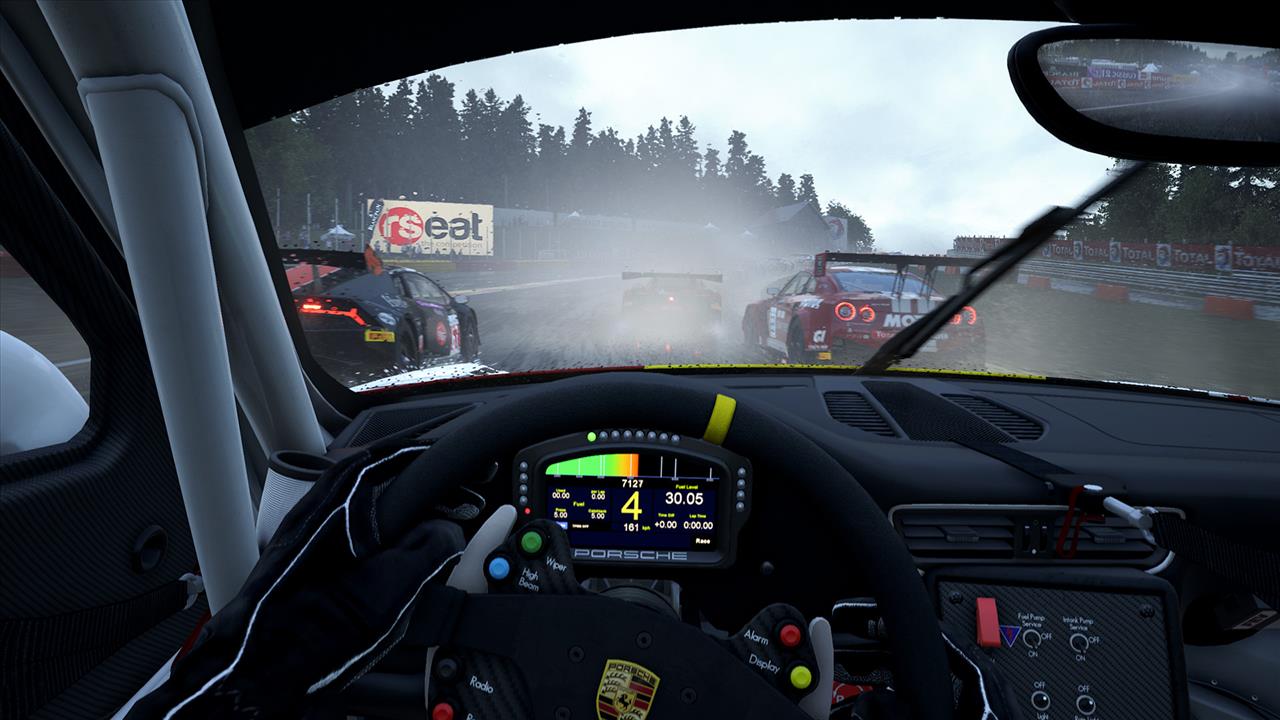 I could not find a way to remove all of the screen clutter. I don’t want or need HUD data - I just want the unfettered view of racing that I would have in an actual car. I would note that there are screenshots out there that indicate that it is possible, so maybe the settings are just well hidden.

At this point, my personal opinion is that they should not have released the game in this state. The foundations are in place, but the rest of the house needs a lot more work. Market pressures, revenue needs, and numerous other factors probably played a role in deciding to go with a full release, but the downstream costs could result in a dismal future for ACC.

First impressions are lasting impressions, and in this case the first impression here is that it was rushed to market long before it was ready. If it was up to me, I would have much preferred to have written a ‘Preview’ article because we don’t assign a grade as we do with a review. I can see great potential for ACC, but I cannot assign a grade based on what a game should have been, or might become. At this point in its development, I simply cannot recommend Assetto Corsa Competizione as a buy, although it is well worth keeping an eye on.

Assetto Corsa Competizione may someday be a top-notch racing simulator, but then again it might not. As of version 1.0, ACC is a study of the potential costs of releasing a product too soon. There is a lot of potential on display, but there is also a great deal left to be either fixed or finished. The current state of the VR implementation is very sub-par, and the most common form of head tracking, TrackIR, has not been implemented at all. Adopt a wait and see strategy for now - eventually/hopefully continued updates will fix the most egregious problems.