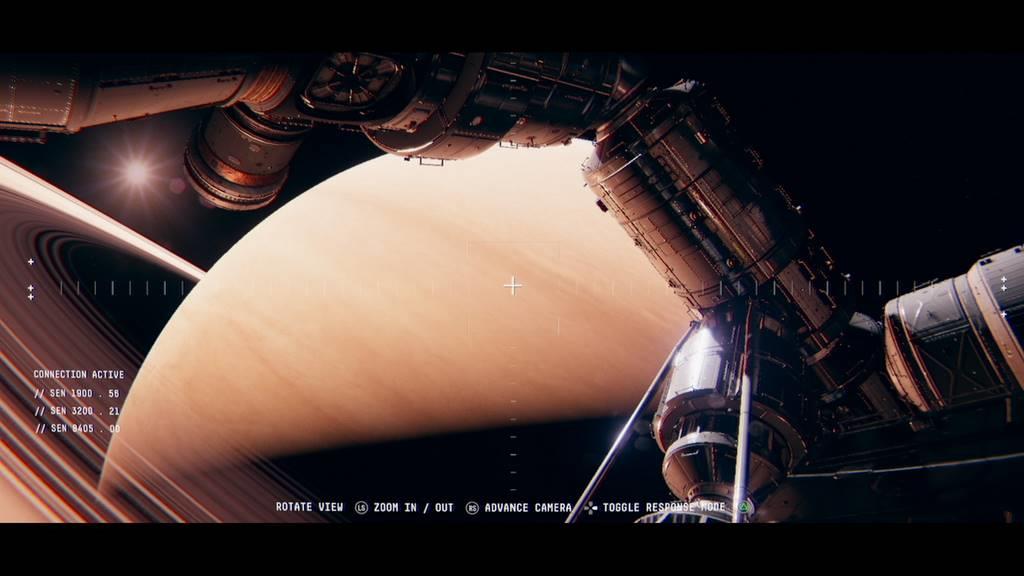 Pretty, narrative-heavy, gameplay-light games are all the rage these days. The Pejorative term for them is “walking simulator,” and while I agree that for the majority of such games this ignominious descriptor is quite apt, on rare occasions you’ll play a game that breaks out of this stifling mold and delivers something special. While most walking simulators are preachy, pretentious or just plain boring and characterized by a distinct paucity of gameplay, a focus on narrative and setting doesn’t necessarily make for a dull, bad game. Observation from studio No Code and publisher Devolver Digital is just such a shining exception to the rule.

Observation takes place on the titular space station in the year 2026. The Observation outpost is a multi-national orbital research facility, crewed by a team consisting of astronauts and cosmonauts from ESA, Roscosmos, China and good old NASA. The crew is assisted by Observation’s advanced heuristic AI, SAM, who keeps things running in the background but is equipped with the ability to talk directly to the crew. The game begins directly after an unknown catastrophe rocks the station. Medical officer Dr. Emma Fisher is apparently the only survivor; she reboots SAM and together she and the AI work to stabilize the station, get their bearings and discover just why the hell mission control isn’t answering their transmissions. After a brief tutorial, Emma and SAM discover that somehow, Observation has been instantaneously moved to the orbit of Saturn, roughly a billion miles from its previous position orbiting earth.

Observation makes no secret about its inspirations. The game is most obviously influenced by the David Bowman/HAL dynamic in 2001 A Space Odyssey, but there are also clear homages to Interstellar, Solaris, Moon, Arrival and The Martian. It’s also important to mention that many members of the development team and voice cast worked on Alien: Isolation—director Jon McKellan designed Isolation’s UI system—so there are tangible links to that game’s visual direction and general feel. That said, Observation is far more grounded in reality than the scifi of Alien: Isolation or many of its other inspirations, but with a novel twist. 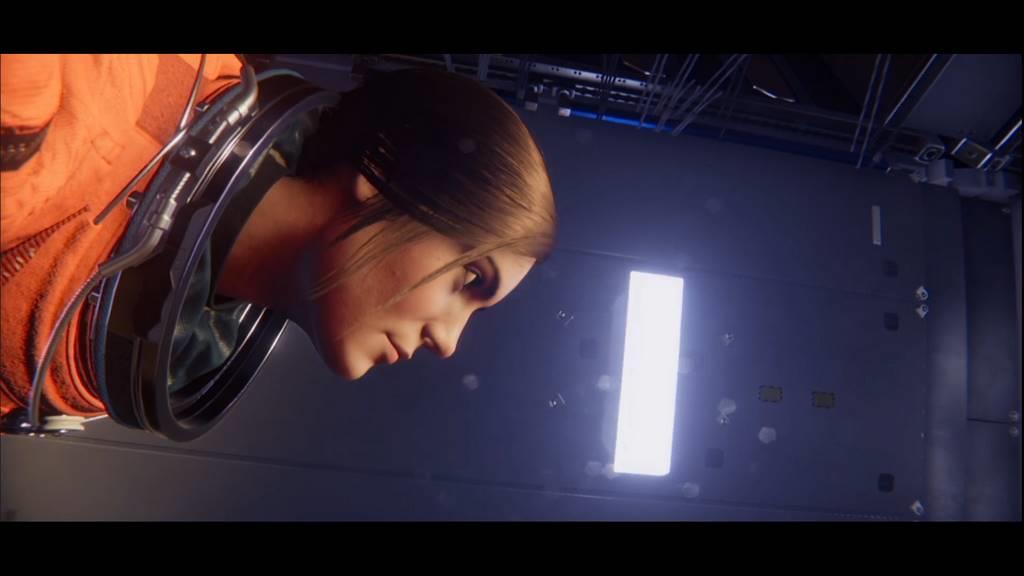 Throughout Observation, the only character you control is SAM. At the beginning of the game this feels painfully restrictive, but as Emma brings more of SAM’s systems back online, he can do progressively more and more. Once his full suite of abilities is restored, SAM can jump between modules of the station by hopping between surveillance cameras and wirelessly interact with switchers, terminals, laptops and all kinds of other equipment. After the tutorial, Emma even uploads SAM to a mobile drone—a sort of floating, computerized soccer ball—so that SAM has quite a lot of autonomy and can explore the station at will. As the game progresses various problems and crises will occur, which require you to solve puzzles, take control of station systems and hatches, and generally think on your feet to assist Emma and even save her life on multiple occasions. In this respect, Observation is a lot more like a point-and-click adventure than a walking simulator.

This problem-solving is what I liked most about the gameplay in Observation. Far from the ludicrous bombast in movies like Armageddon and Mission to Mars, and thankfully a far cry from the eye-rolling schmaltz in disaster soap-opera Gravity, Observation does a reasonably good job of portraying astronauts and space disasters the way they really are. Astronauts are preeminent professionals; they are exhaustively trained to be better prepared than Batman, to keep things running as safely and smoothly as possible,  and if something does go wrong, they work the problem until it’s solved or until they’re dead, all the while staying as calm as a mountain lake. Being an astronaut takes a very specific steel and personality—there’s a reason they call it “the right stuff”—and Dr. Emma Fisher is no exception. Sure she might be frazzled in the best traditions of Mark Watney, but she works that problem and this is integrated right into the gameplay. 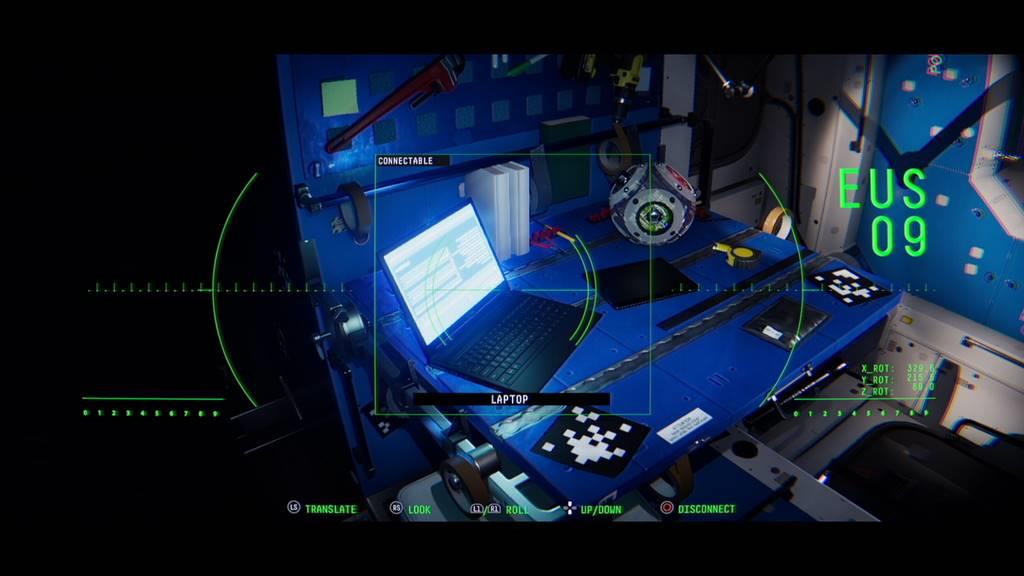 SAM and Emma have this call and response system, where she’ll point out a problem and your job is to investigate and report back, whether it’s the source of a fire or damage to the exterior of the station. SAM is an AI after all, so if you notice something you can bring it to Emma’s attention, which could open up novel solutions to a problem. I really liked this problem solving attitude and I wish it was used a little bit more. The rest of the gameplay is taken up by various puzzles that SAM has to solve to put the station back in working order. This can involve anything from hacking a door panel to kick-starting the station’s experimental fusion reactor. Jon McKellan’s influence is most obvious here; the interfaces for all of these puzzles have the slightly obtuse, highly technical design that was so prevalent on Sevastopol station in Alien: Isolation. That said, Sevastopol was intentionally made to be a 1970s analog pain in the neck to evoke the era of when original Alien was made, whereas Observation feels a lot closer to today’s technology. The abstraction of the puzzles is a little irritating at first, but it ultimately helps with the immersion of making you feel like an AI, and solving them is routinely satisfying.

As a space nerd, I really appreciated this attention to detail and extrapolation of real-life space tech. Observation feels like the next logical step after the International Space Station, to the point that I’m sure the developers pored over hours of archival footage from both inside and outside the ISS. SAM has the ability to explore the station inside and out; the supply crates bungie-corded to the walls, the rugged Thinkpads littering the corridors, and the discreet mementos in the bunk areas of the crew give the station interior a very believable, claustrophobic and slightly disorienting quality. Conversely, the exterior sequences are breathtaking. Floating over immense and austere Saturn, Observation looks both sprawling and pitifully insignificant against the endless, consuming blackness. No Code’s artists somehow capture that stark, understated vividness of archival space footage; Observation evokes both the sprawling nature of the ISS and the jumbled, haggard appearance of poor old Mir at the end of its life, and the chilling contrast of both stations against the infinite surrounding emptiness. Few games capture just how vast and terrifyingly lonely deep space really is. Observation nails it. 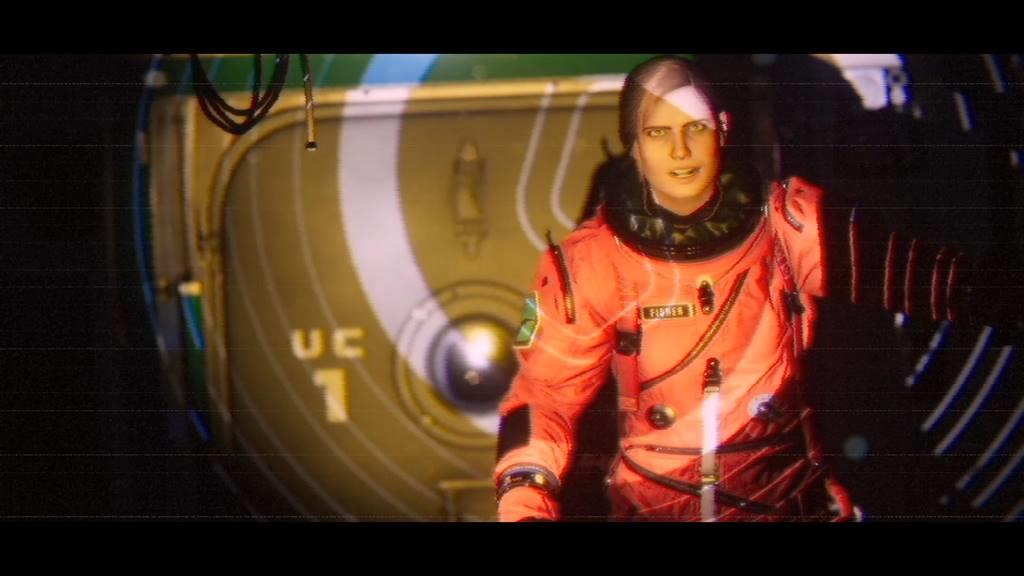 It’s a shame, then, that this beauty doesn’t translate to the main human player in this story. Emma isn’t poorly rendered or anything, but her facial animations are just a bit too stiff and blank, especially when her face should be expressing barely constrained panic or frustration. Thankfully the primary voice cast make up for it. Kezia Burrows turns in a superb performance as Emma, and Anthony Howell evokes both the cold silicon and eerie humanity of HAL in his portrayal of SAM, with just a hint of his candid approach to the Weyland Yutani android Samuels. The sound design and score complement the performances beautifully; the sound effects are understated and at times muffled, smartly portraying the deadening nature of outer space, while the music starts with a bang during the wonderfully creepy opening credits and sustains a sense of unease and tension for the remainder of the game.

I honestly would love to say more, but Observation is a game that lives and dies on its story, and just about anything after the tutorial is a major spoiler. Suffice to say, Observation weaves its influences and inspirations into a game with the narrative punch of a hard science fiction thriller, with the technical competence of Alien: Isolation. It deftly avoids the exasperating pitfalls and melodrama of the walking simulator genre, instead delivering a lean, focuses experience that is equal parts suspense and wonder.