I’ve been rocking the same Astro A40’s for about four years now so it’s high time to move on to something a little more current. Something with some awesome RGB to go along with… No that’s actually not why I wound up with a new set of Sound Blaster X H6 headphones. I was actually starting to lose some of the functionality of my A40 (the mic was going bad), and so Sound Blaster was kind enough to send me their latest mid-range headphones. After a few weeks with them, I think my A40’s are getting retired. I’m impressed with the overall quality of the headset, but have a few nagging concerns. 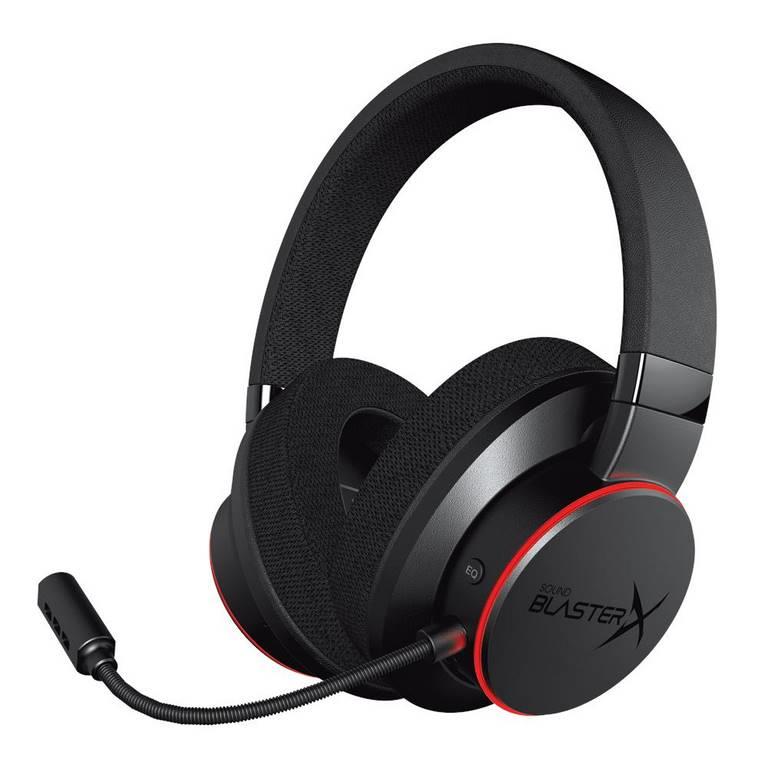 Let’s get those out of the way first. The first headset unit I received sounded great out of the box, was working well with my game consoles, and even sounded comparable to the Audio Technica headphones I use on the regular with my phone. But things quickly unraveled when I brought the headset to my PC to use it with chat applications. Discord and Google Hangouts were causing the headset to lose all audio after about a minute in chat. After reporting this to Creative, they sent a replacement headset, and while this headset wasn’t losing the audio connection, it had a very strange issue where the people on the other end of the chat applications would hear themselves in a feedback loop after a few minutes. This was also reported to Creative, who suggested it was their own software that had caused the issue on my PC. After disabling the Acoustic Echo Cancellation the issue stopped and I was able to use the headset without issue. Hopefully this is something they can fix in a firmware update, or an update to the Sound Blaster Connect software.

On to the things I love about this headset. First up, the sound quality. From music to games to movies, the sound that comes out of the 50mm drivers is surprisingly rich and can be further tweaked in the Sound Blaster Connect software. My first test for these headphones was the recently remastered Ridge Racer 4 soundtrack, and I was blown away by how good a soundtrack from the late 90’s could sound. Though I kind of played myself by forgetting how the first song on the album goes from quiet to loud in a moment’s notice (if you’ve played the game and watched the opening movie you’d know what I’m talking about). The audio adjustments located just behind the left ear means no awkward searching for an on-cable control panel. There’s also a profile button, to switch between three EQ presets, and a monitoring button to mute everything else, because with these headphones on, it’s definitely difficult to hear anything more than a few feet away. 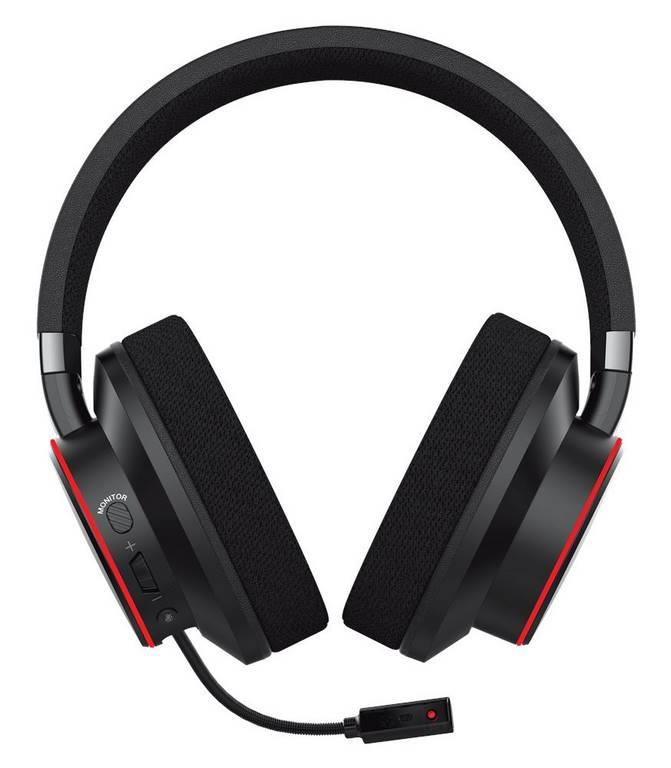 Using the headset for console games is definitely an improvement from the basic TV audio I was using before, but the real difference maker was when I used it on my PC. Again tapping into the Sound Blaster Connect software I was able to experience my favorite PC games in a much more enjoyable fashion. Resident Evil 2 sounded all the more terrifying with Mister X literally right behind me in my ears, and the presets for Overwatch may not have made me a better player, but it definitely clued me in to where my team members and opponents were located.

I’m also impressed with the comfort of this headset. I was able to wear it for hours without feeling much in the way of fatigue or discomfort over my ears thanks to the memory foam cups. However they don’t transfer heat too well, so that’s something to be aware of. The cups themselves have a decent amount of swivel to them, so I never felt like the headset was sitting awkwardly on my head, though this headset does run a little on the heavy side. Also I hate to say it, but I’m not a fan of the RGB on this headset. It seems a bit superfluous, the audio reactive setting didn’t really do anything for me, and the cycle speed even at its lowest speed still seems to fast, but that’s an incredibly minor nitpick. Another small gripe, the short USB cable. It might be worth hunting down something a little longer than the 4ft cable included with the headset.

All told, I’m surprised that Creative managed to make such a good headset at a mid-range price that checks all the boxes I’m looking for. The sound quality is fantastic, the mic picks up and sounds better than my A40 headset, and this headset comes in at a really attractive price. It’s definitely not a compact unit, but it manages to still be quite comfortable. Despite my initial reaction to the first unit I received, I must say the second replacement set turned things around for me. Hopefully the nagging sound issues can get fixed via software, if so, then this is definitely a great headset to do a little bit of splurging on.

For the price, there isn't much to compare in terms of sound quality. The X H6 is a powerhouse when it's connected via USB, and still holds up pretty well when using the 3.5mm jack for console devices. There were some issues using the Sound Blaster Connect software, which hopefully will be fixed with time, but overall, this is one of the best mid-range headsets on the market.