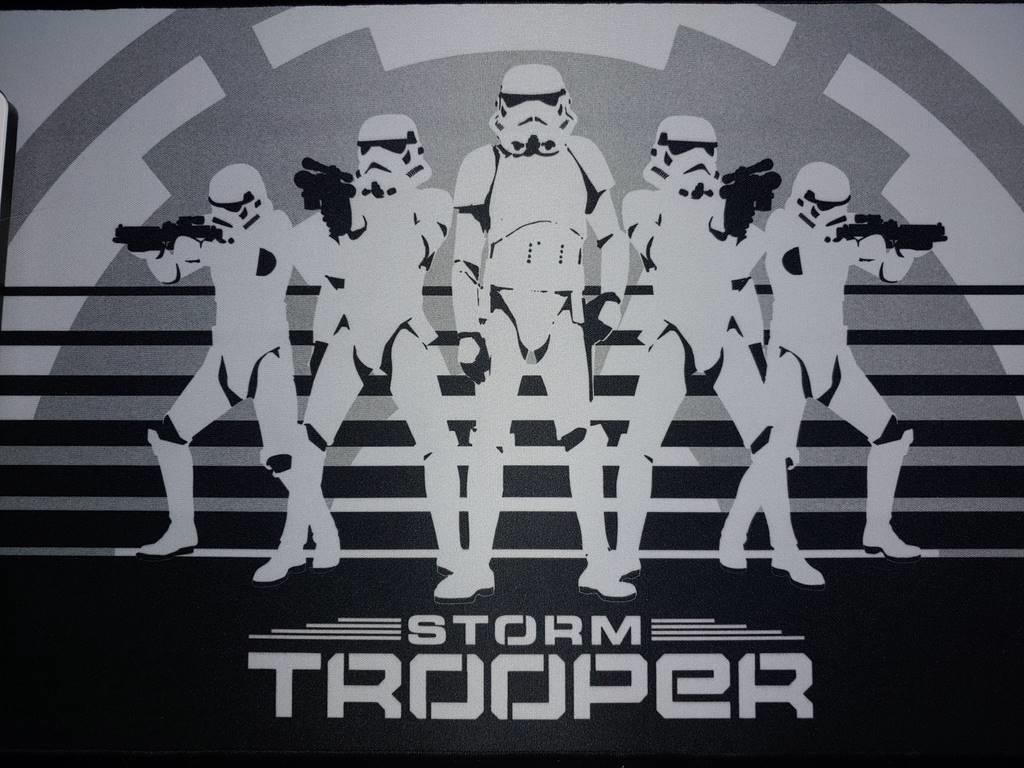 Written by Sean Cahill on 7/24/2019 for PC
More On: Stormtrooper Edition

Those two words have been around for over 40 years now. Ever since George Lucas got this crazy idea for a soap opera in space that featured ships firing lasers and lightsaber duels, the world of science fiction keeps coming back to the Skywalker Saga and how it transcended an entire genre. Lucas struck oil and created an empire, one that has seen the brand reach out to almost every single retail category there is. The gaming world has also been familiar with Star Wars, and Razer has shown some love to those who don the white uniforms of the Empire with the Stormtrooper Edition of the Blackwidow Lite, Atheris Mouse and Goliathus Extended Mouse Pad. 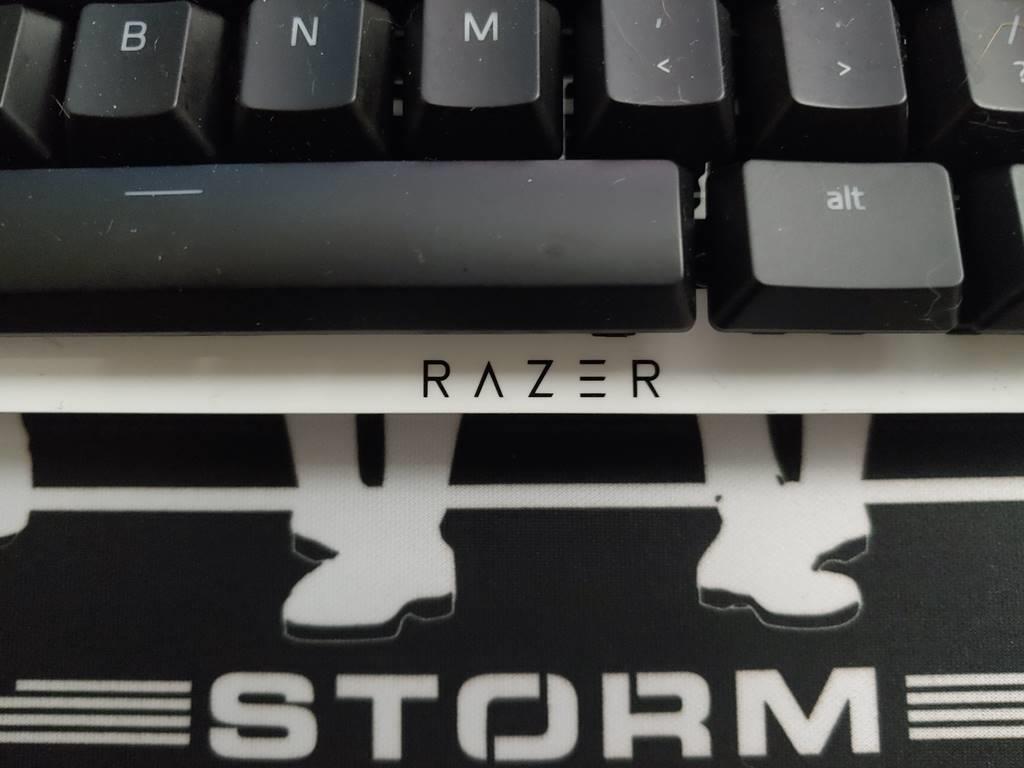 Here’s a quick rundown of what each product brings to the table:

A truly great keyboard…
While I’m not much of a fan of compact keyboards given that I prefer having the 10-key number pad available, this keyboard is still fantastic. The Orange Mechanical Keys feel a lot like Cherry MX switches, making for a great response and feel with every keystroke. The black and white motif is slick and stands out in any gaming rig. The Synapse 3 Tool is nice for customization, though it takes some time getting used to. 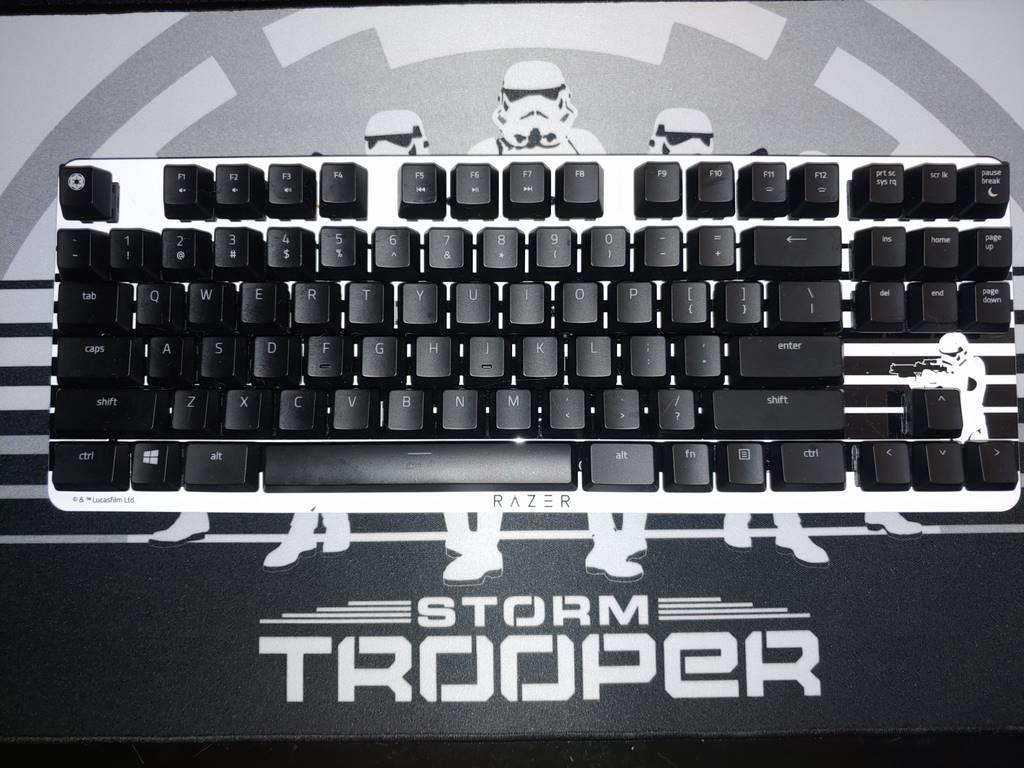 The release of each key is a tad different than the two keyboards I use for both work and gaming which are Roccat’s Vulcan 120 AIMO and the MSI GK-701. I’d say the Blackwidow Lite resembles the MSI keyboard due to the similarity of the keys (the MSI utilizes Cherry MX, hence the comparison) and the feel on my fingertips.

Razer doesn’t mess around with their keyboards, I have to admit. I loved using this for most of my projects and it’s great for gaming. Also, it is remarkably quiet, which is in stark contrast to Roccat’s Vulcan series, which sounds like gunshots going off in comparison. The keyboard gets two thumbs up from me, when it’s all said and done.

Then there’s the mouse and the mouse pad…
While the keyboard gets a glowing review from me, I can’t say the same for the Atheris. I just do not like this mouse in any way, other than the design. I love that a stormtrooper helmet is the graphic! The sides are padded for comfort and the 7,200 DPI rating on the laser is good. 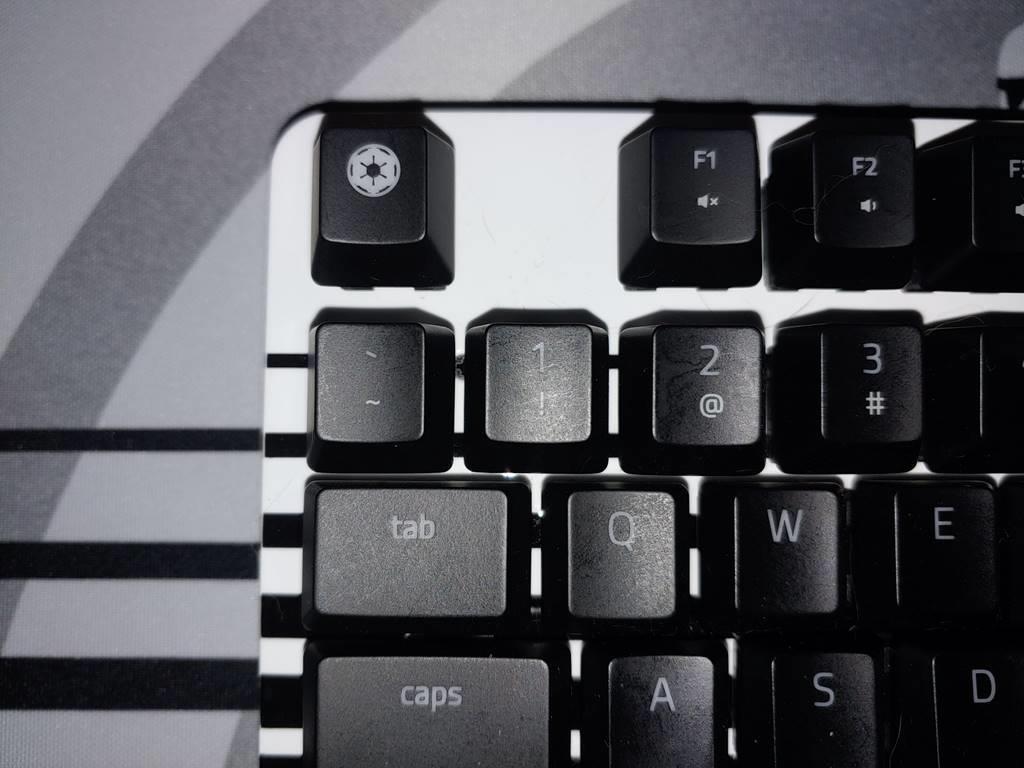 The mouse pad gets a stamp of approval from me because it’s big, it doesn’t move at all and it feels fine on my wrist when I’m sliding my mouse across it. The portrait of the stormtroopers is pretty sweet, though the huge words at the bottom of the mat probably could have been left off.

However, nothing else with the Atheris mouse is endearing to me. It only two side buttons for programming, so this game is out for most of the titles in my library where I need several side buttons for macro commands. It’s also tiny. I already have large hands and have to use some of the bigger mice on the market, so this thing feels like a small rock in my hand that I can skip across a lake. I don’t like the response of either the left or right click and the wheel feels a bit cheap. 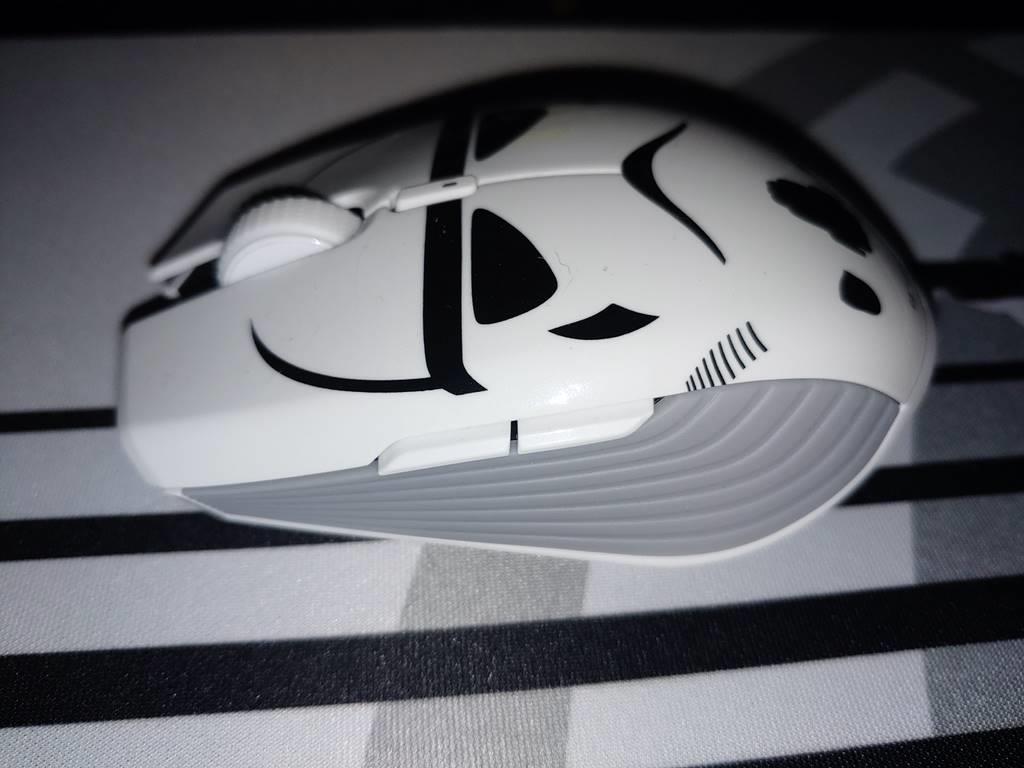 But the worst part is the bluetooth. It’s bad for a few reasons.

First, I can’t connect it to a Macintosh at all. I have a MacBook Pro that I use for work projects, and the bluetooth will not recognize it. Even installing the Razer Synapse tool, it would not get a connection. My gaming PC had a bit better luck and stayed connected, but I lasted four matches in Rocket League before I had to switch to the 2.4GHz receiver. The bluetooth kept cutting in and out and I couldn’t control my car at all. This became a running theme in testing it with other games. The 2.4GHz receiver is fine, but it defeats the purpose of having a bluetooth capable mouse if it can’t connect to anything using that.

Final Thoughts and Pricing
Currently, the keyboard is at an affordable $99.99 on Razer’s official site, which puts it over the top for me completely as a must-buy for those who like compact keyboards. The mouse, while not a bad price at $59.99, is one you can skip. It’s just not good in general, even if you have smaller hands or don’t mind using the 2.4GHz receiver. There are far better options out there unless you have to have that stormtrooper staring at you every time you go to grab it. The mouse pad is at $34.99, and is probably a good pickup if you want a huge pad that covers almost three feet in width.

Basically, the keyboard is the star of the show here. It’s wonderful to use, feels great with every keystroke, and I had no problem using it with any game even though I probably prefer my Roccat keyboard ever so slightly because of having the 10-key pad. Use the force on this one and stick with just the keyboard.

Star Wars fans are going to love every part of this, but I can't stress enough that the keyboard is truly the only "must buy" in this package. The mouse pad is in second place, but isn't an absolute have-to-have. Avoid the mouse at all costs because there are better choices out there.