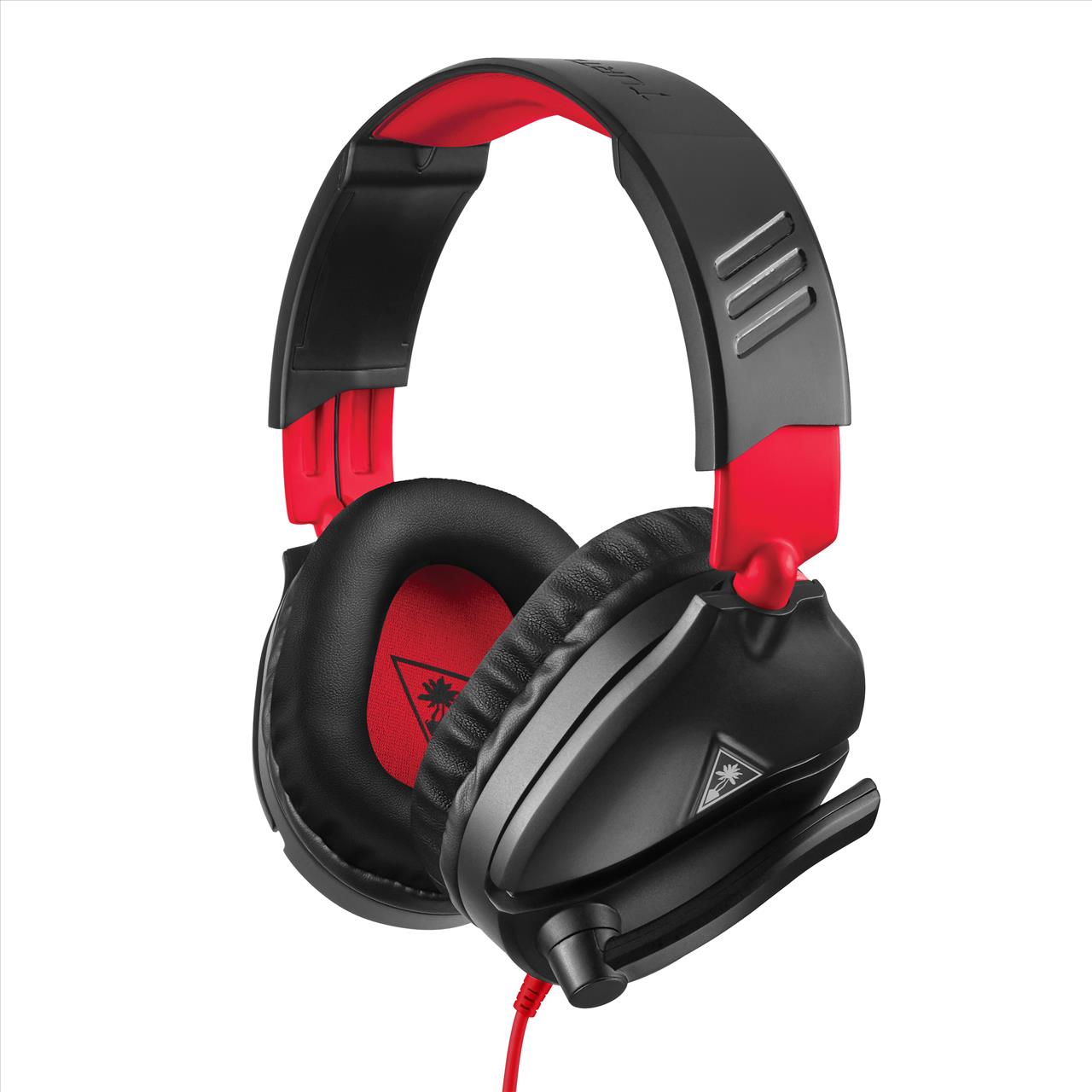 Having used many a Turtle Beach headset over the years, I was excited to hear that they were bringing out a new $40 headset line. There is something to appreciate about a headset that just plugs in and just provides basic audio and mic capability. When the unit arrived for review, my 13-year old son, who is an avid gamer, got to it first and basically confiscated it because he was excited to try it out. After finally getting it back form him (he loves it by the way), I was able to put it through its paces, and I have to agree with the tagline for this series: Built for Victory. Turtle Beach has another winner on its hands.

Out of the box
Just like the Recon 200 we reviewed last year, the Recon 70 is packaged similarly with the ability to display on a shelf or peg hook, and the product details contained in the graphics all around the box. Inside, the Recon 70 Gaming Headset is nestled inside a molded cardboard protector and inside a plastic sleeve to offer protection. Also included are a silica package for moisture, Turtle Beach sticker, Quick Start Guide, registration document and card for assistance with your new headset. 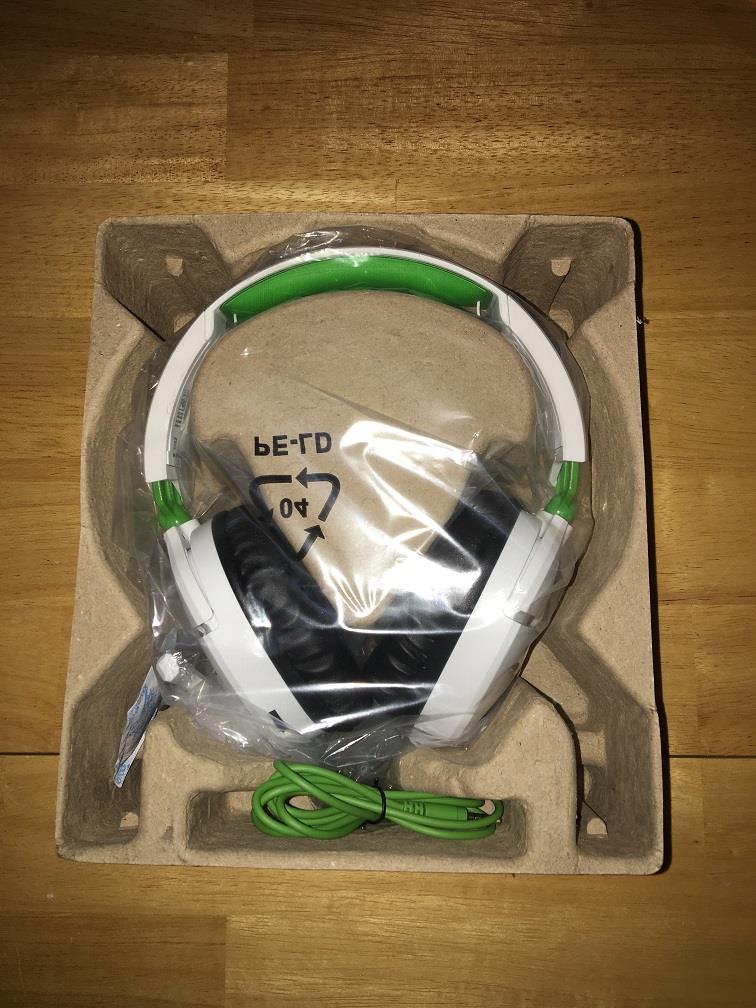 Design
One of the great things about headsets that are sub $40 is that they usually stick to the basics with just a cable, earpieces and mic. The Recon 70 is no exception. Outside of the flip-up mic design (that includes muting) the only other item on the headset or cord is the master volume wheel, which are all contained on the left ear piece. Much like the Recon 200, the mic is a fixed plastic piece that rotates into three "lock" positions and is only about 3.5" long. Again, this design is very efficient and well built. It moves and locks into the positions without being in the way. One thing I noted on the Recon 200 that did not make it into the Recon 70 was the metal reinforcement in the headband. The recon 70 has a simple plastic connector. While it seems adequate and appropriate for the price point, it's really the only weak point in the build quality of the headset. Something to keep an eye on and warn younger users about.

The Recon 70 comes in six different flavors, depending upon your preferred system/color combination. The Switch version is black with red accents. The Xbox One comes in either black or white with green accents. The PS4 also comes in black or white with blue accents. A special edition Midnight Red with black accents is for the Nintendo Switch. I was sent the Xbox One white/green unit, which has a nice clean look. But every single one of these headsets is very sharp looking.

Comfort
Between reviewing Turtle Beach headsets as well as ones I have purchased on my own over the years, I cannot remember the last time I used a pair that wasn’t comfortable. Even on their base lineup of over-the-ear headsets, such as the Recon 70, this is an important trait to have. Utilizing synthetic leather-wrapped ear cushions achieves this goal and also enhances the audio experience by providing a quality seal on your head that improves bass response and noise-isolation. Between myself and my son, we logged well north of 30 hours on these the last few weeks, with many instances going longer than 3 hours straight. There was no pressure points, no discomfort, neither my ears or face got hot, the synthetic leather ear cushions are perfectly sized for my ears and are comfy as all get out. 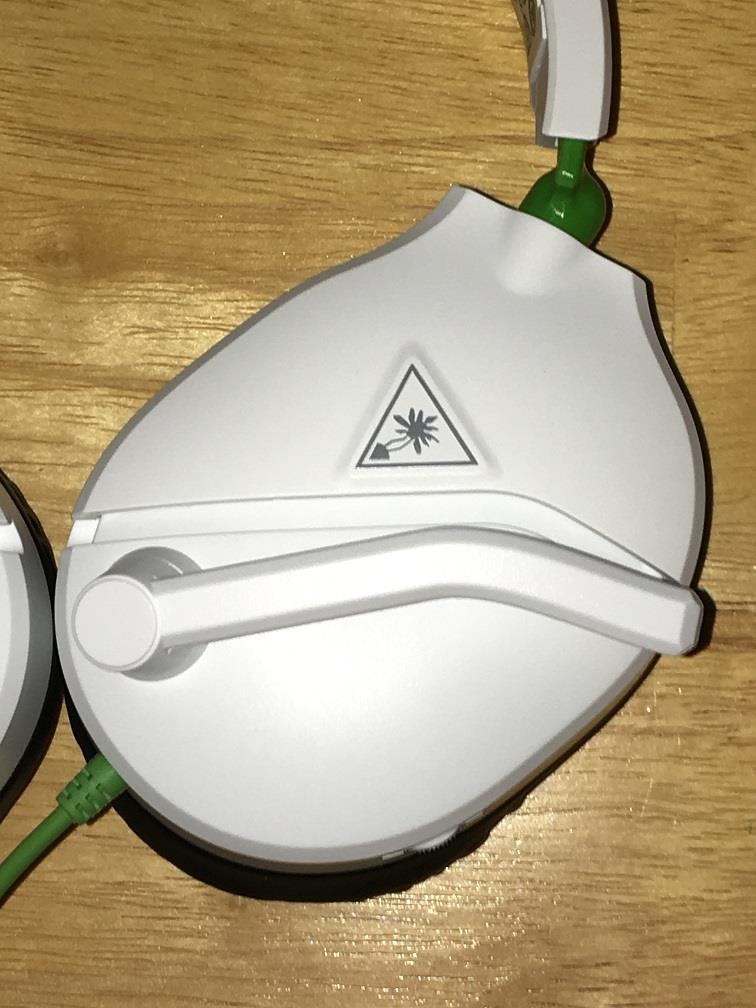 Audio Performance
As usual, I put the Recon 70 through its paces as if they were just regular old headphones to be used out in the “real world.” This includes how it handles various music genres as well as TV and movie audio on various devices.

As soon as I read the specs, I had serious expectations for the music audio testing of the Recon 70s due to their stated low-end Frequency response of 12Hz. After rolling through a few songs, I was not disappointed, as the bass was clear, crisp and clean. No mudiness of any sort, including on bass-heavy songs such as “My House” by Flo Rida, “Empire State of Mind” by Jay-Z and Freak on a Leash” by Korn.

To test the upper end of the frequency response along with the quality of clarity, I went with several vocal-heavy tracks and a few from the '70s and early '80s when they used all kinds of background instruments and vocals to enhance the song. These included “Need You Now” by Lady Antebellum, “All of Me” by John Legend, “Southern Cross” by Crosby, Stills and Nash, and “Fire and Rain” by James Taylor. Needless to say, the quality and clarity were excellent in all the tested songs and I could hear all of the expected instruments and vocals.

Lastly, for some songs that have full audio ranges throughout them, I was equally impressed. Specifically “Mad World” by Michael Andrews (music behind the original Gears of War commercial), “Lips of an Angel” by Hinder, “The Sound of Silence” by Disturbed and “Real World” by Queensryche. The audio is crystal clear, regardless if it is the vocals, bass line, instruments or some backing vocals. They all came across clear and recognizable, which is impressive, in my opinion, at this price point.

To test the quality of the Recon 70s, I went through a few movie scenes and watched some streaming sporting events and TV shows to see how they perform if you are using them in this capacity. The final battle in Avengers: Infinity War, the initial chase scene in The Dark Knight Rises, and a whole lot of Deadpool were used to test on the Xbox One from Blu-ray, and the Windows Sonic Surround was what I was looking for out of the headset. I also watched considerable amounts of ESPN live sports and Netflix while using the Recon 70s and again, the sound was perfect and what I would have expected.

To be honest, I was pretty much blown away with the audio quality of the Recon 70s, as they are easily on par with the more expensive Recon 200s and very much in alignment with some headphones I have reviewed that retail for well over $100. Didn't matter whether it was a movie or music, they exceeded my expectations and performed flawlessly.

Gaming Performance
I will get straight to the end result: the Recon 70s are a great gaming headset. They produce sound quality that is exactly what you want to hear and the mic is both clear and easy to work with. Throw in the comfort, and they are the perfect headsets for sub-$40 price point.

I spent several hours using these across games such as Sea of Thieves, Forza Horizon 4, Crackdown 3, and my son put 20+ hours on them in Fortnite and whatever else battle royal game he is playing today. He told me after I took them back for the review to hurry up, because he loves playing with them. Throw in the Windows Sonic capability on Xbox One and Windows PC (with adapter), and these work perfectly for any gaming needs. 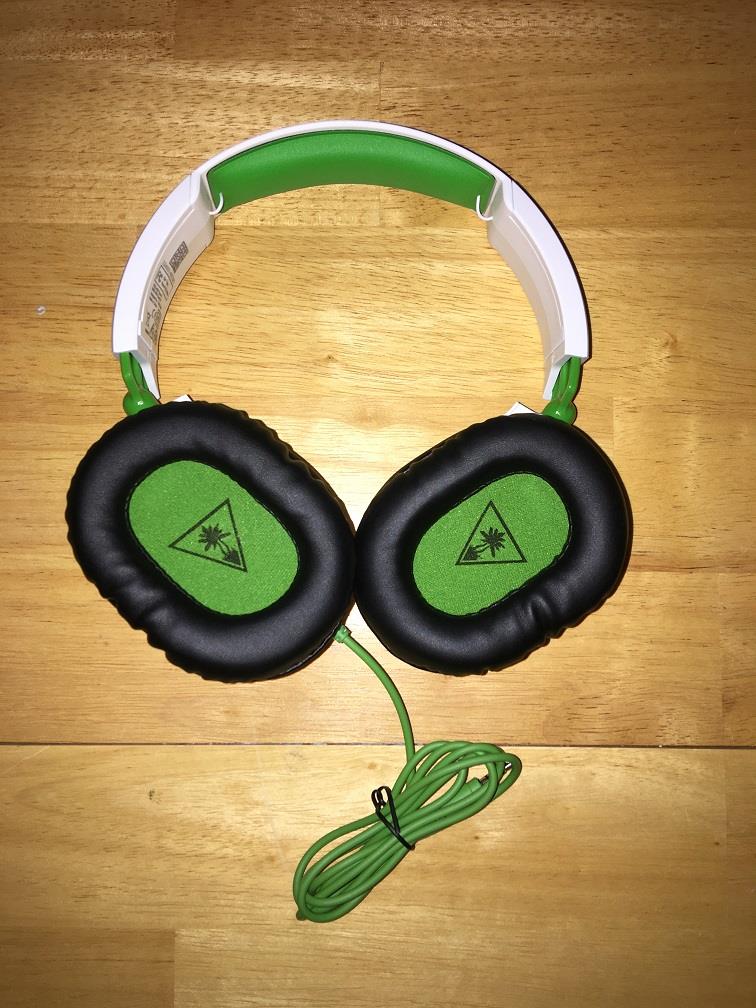 Conclusion
After spending several weeks with the Turtle Beach Recon 70 headset, and countless hours gaming between my son and I, we were extremely impressed with the performance, especially at this sub $40 price point. We used them in just about every way imaginable, including as headphones for music, watching videos and movies, and of course gaming. No complaints, except the length of the cord when using with a PC and the worry that the plastic headband may someday be a breaking point. Otherwise these are once again a great headset produced by Turtle Beach. You can learn more about the Recon 70s as well as purchase them directly from the Turtle Beach website when they are available to the public starting May 1.

I have to tip my hat to Turtle Beach. They created an almost perfect entry level over-the-ear gaming headset in the Recon 70. Everything about it is excellent, including the audio, comfort and design. The only two complaints were the plastic headpiece potentially being a weak link in the design, and of course the 4 ft cord not working so hot for PC gamers. Otherwise, these are some of the best headsets you can buy at this price point for whatever you want them to do. They're a must buy if you are in the market.