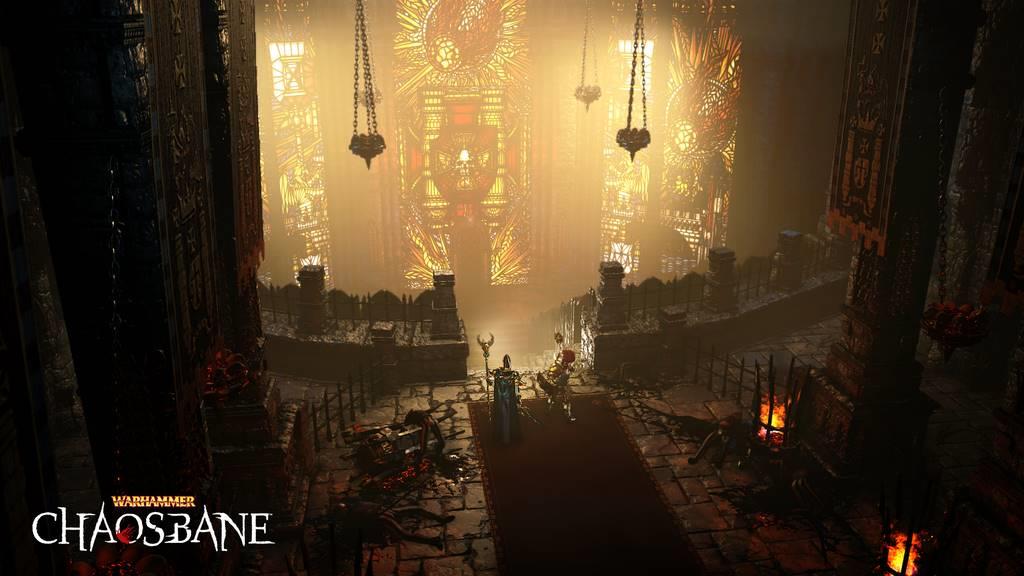 Written by Josh Butler on 5/7/2019 for PC
More On: Warhammer: Chaosbane

Warhammer: Chaosbane, being developed by Eko Software, is the newest entry in the Warhammer series and real-time strategy game series. The game recently entered into a closed beta period, though based on my experiences, the game is in such good condition, I am not even sure that a beta period was necessary. The game officially launches in June on PC, PlayStation 4, and Xbox One. Though I cannot say how the game holds up against the rest of the series, given that I have never played another Warhammer game, Chaosbane is a refreshingly traditional real-time strategy game that vaguely reminds of my Diablo 3.

Upon entering the game, you are presented with the ability to pick from 4 different character classes, including Imperial Soldier, High-Elf Mage, Slayer, and Wood Elf Scout. Not all of the classes were available, so I opted to play as the Imperial Soldier, as I always prefer human characters. As expected, each class is intended for a different style of combat. Each character class also has its own story which you see after starting a new game. After your character's class story and the beginning story of the game, you begin in the city of Nuln and your ultimate goal is to defeat the "empire" of attacking and raiding soldiers. Throughout the game, you get to take on seventy different types of monster and dozens of monster bosses.

Surprisingly, the combat is also very well balanced for a game that is still months out. Based on some previous experiences, I was expecting the game to be outrageously difficult or easy and for some reports to the developer to need to be made, but I got something much different. The hordes of enemies offered up the perfect amount of challenge. I did die a few times, showing that it was not too easy and that I would have to rethink my strategy or change up my skills before progressing forward, but I was not so overwhelmed that I felt the need to rage quit. One addition really helped was the endless availability of a healing potion that would restore your health, though the cooldown time of the potion still made it possible to die in the end. Players can also pick up the spilled blood of slain enemies which go toward your "bloodlust," an interesting bonus skill that temporarily grants your character some interesting effects that generally help with fighting off bosses. At the game's launch, there will also be an area where your character can exchange unneeded inventory items for rewards and weapons. 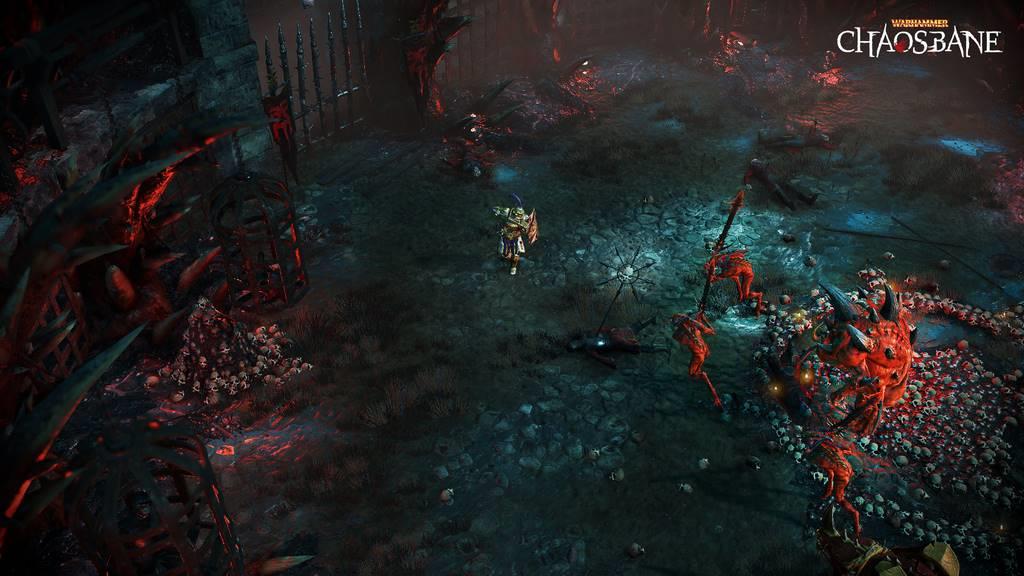 The six skill types currently available include Basic, Advanced, Passive, Collectors' Guild, and Passive God skills. Each skill within the category has three unlockable tiers that improve and enhance the skill. With six different skill types available, the skill tree system is massive. The skill trees also differ for each character. Skills can be changed quickly and dynamically reassigned instantly, even in battle, with the just the drag-and-drop of your mouse in the Skills menu. Users are also offered quick weapon and armor change-ups in the Inventory menu, where you can quickly compare the damage and protection offered by weapons/armor against the items you already have equipped, then switch them out with a right-click.

During the beta only the story mode is available, but there are plans for two other modes including an "Exploration" mode and a "Boss Rush" mode, both of which are supposed to add a level of replayability to the game. The Exploration mode will allow you to re-explore maps in the game with new enemies and events to deal with, though it's unclear what the Boss Rush mode will offer. Additionally, the developers plan to offer regular updates and more difficulty modes in the future.

My only complaint with the game in its current state is that it gets a little tedious. The first chapter of the game deals exclusively with fighting off endless hordes of monsters in one location: the sewers underneath the small town of Nuln. While I enjoyed the constant action, I constantly found myself wanting to stop and take breaks after completing each mission because they are all so similar. I also found myself bothered by the fact that there were no checkpoints and attempting to leave the game in the middle of a mission could result in up to an hour of lost work, especially in the later missions. Though I will not necessarily fault Chaosbane for this, as I would say this is typical of most RTS games, as well as games in other similar genres such as MOBA games. The game does have a strong advantage with its user interface that allows you to pick up the game in just a few minutes. 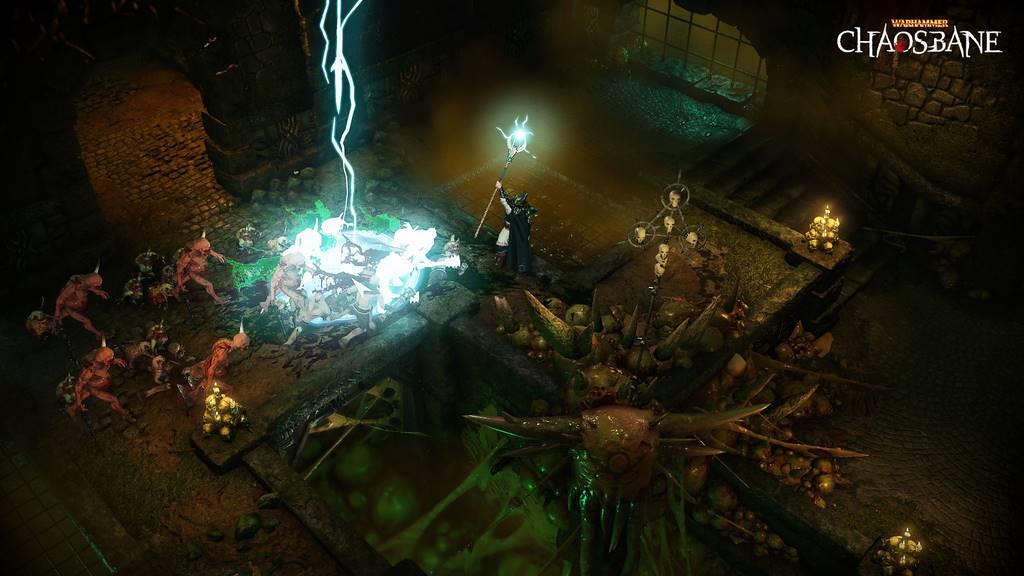 Something which may also help alleviate the tediousness is the incoming co-op mode which will allow games with up to four different players. I'm sure getting to work with other people, the ability of each person to utilize different character classes, and the challenge of coordinating with others will pick up the pace of the game significantly.

After writing this review and mentioning Warhammer to other members of the GamingNexus, I heard some groans about previous games in the series. Regardless of the quality of the previous games in the series, given what I have seen of this game's campaign and the game modes which appear to be coming before the game's official release, I strongly recommend giving Chaosbane a chance. This game will definitely satisfy the "sweet tooth" of anyone who has a craving for a new real-time strategy game. With a few tweaks to make the game just a bit less tedious, I think we will see a very highly reviewed game upon launch in a few months. 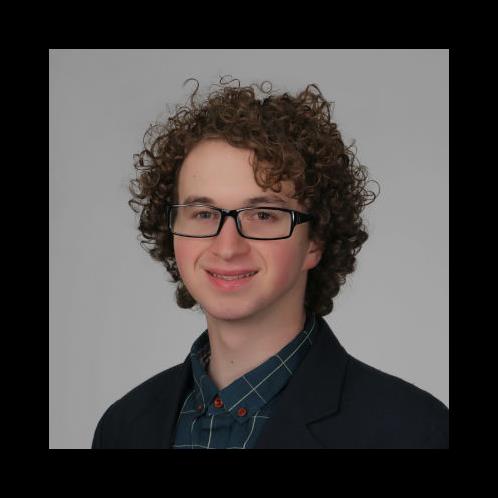 I'm a political science and computer science student with a love of video games, software, web development, and politics. I aspire to be a jack of all trades...and a master of some. I have a deep love for simulation and strategy games. My two favorites are Victoria II and Two Point Hospital for the time being, though there are dozens more that I could love just as much.