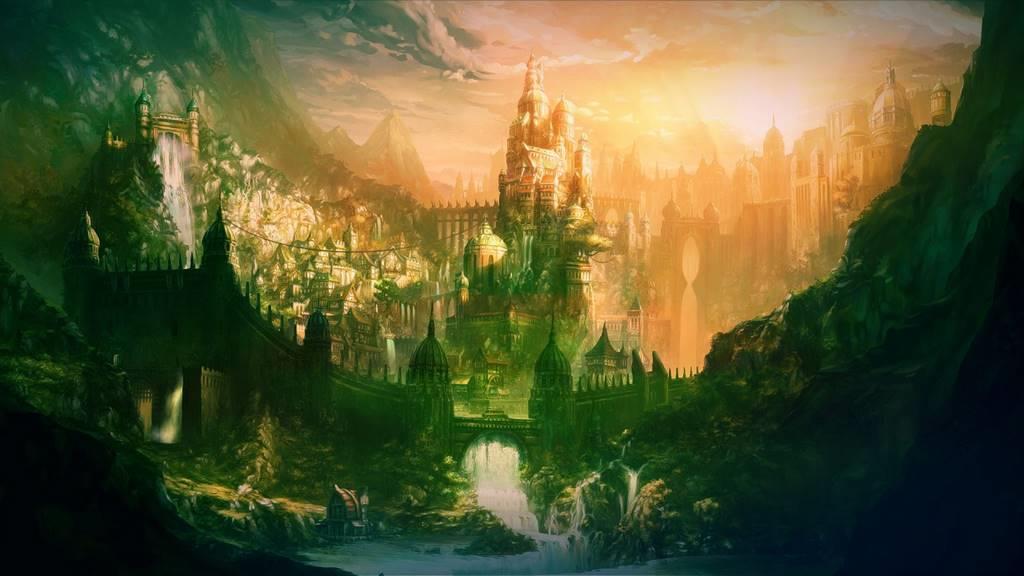 In 2010 Daedalic Entertainment developed The Whispered World, a game about a sad young circus clown named Sadwick in a dream fantasy world named Silentia.  Sadwick has a recurring nightmare where he sees that the world is ending.  Sadwick attempts to prevent this from happening and eventually ends up awakening in the real world.  In 2016 a sequel was made called Silence: The Whispered World 2 that takes place a few years later.  While I haven’t played The Whispered World, it received above average scores with a lot of praise going to the story-telling.  While Silence has been out for a couple of years, today I’ll be taking a look at the recently released port on the Nintendo Switch.

Silence begins with Noah and his sister Reine taking shelter in a bunker from an ongoing air raid during a war.  Reine is scared of what’s going on so Noah attempts to calm her down by telling her the story of the world of Silence, which basically recaps the original game for anyone who has never played it before.  Afterwards a bomb from the air raid drops right on the bunker and purportedly kills them both only for Noah to awaken in Silence, stuck between life and death.  Noah then sets out to find his sister and to escape Silence once again.  The beginning of the game sets things up pretty well, or as well as you can do a recap without detailing every single thing that happened in The Whispered World.  The art and animation are also well done with a nice contrast between the dark and grittiness of the ongoing war and air raids, to the beautiful and colorful world of Silence when you first arrive.  That’s not to say everything about this first part is perfect as I’ll get into in a bit.

Silence is a “point-and-click” game, or since this is the Switch port it’s more of a “move-the-cursor-and-press-the-A-button” game, with most of the screens you travel through having some sort of puzzle to them that you need to solve to progress further into the story.  A lot of the time it’s simply a matter of examining everything and you’ll eventually stumble upon the right solution.  Other times you have to do things in a specific order to proceed.  Between the various scenes will be a good amount of dialogue between the characters, sometimes with you having to make a choice as to how to respond to something or someone.  Some of the choices aren’t really right or wrong, such as one scene mid-way through where Reinee is trying to get Noah’s attention.  You have two options and both progress the story, so it’s just a matter of what you want to see.  Other times there is a “wrong” choice that won’t progress anything and you might have to choose again, and there are a few rare times in which case a wrong answer will result in a game over and you’ll have to load the last checkpoint.  However, the “last checkpoint” is essentially when you walked into that area so you’re not losing much, if any progress. 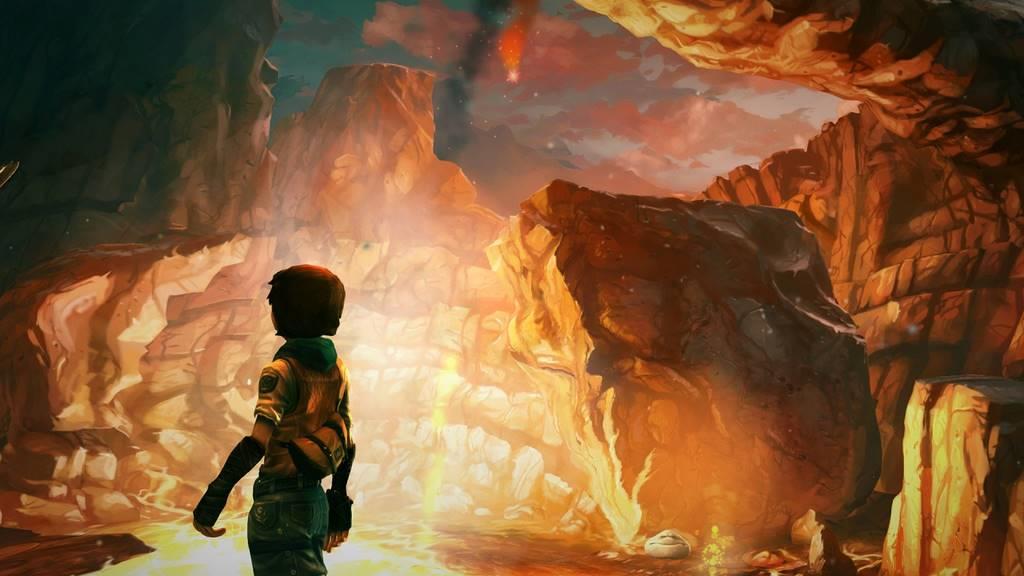 A lot of the puzzles you’ll be controlling either Reine or Noah while others you’ll swap between the two.  Aiding them is a little worm named Spot who can flatten himself or puff up like a balloon, as well as a couple of other options that are specific to a few puzzles.  There are also a couple of mini-games you can play to solve a particular puzzle or two.  Technically they’re not required as you can pause the game and choose to skip them, but they’re not incredibly difficult and there’s really no penalty for making an incorrect choice during them.  If you leave all of the default options set, clicking the left control stick will bring up a hint about how to proceed as well as highlight everything you can interact with.  You can change these in the options to leave these options on or turn them off entirely, making the game much more challenging.

I mentioned that while the beginning recaps the first game pretty well, it wasn’t perfect and a couple of things are persistent throughout the game.  The first is the voice acting.  Sometimes it’s actually pretty good while other times it can be a tad annoying, namely with Reine.  Granted she’s a young girl so I get that she’s probably supposed to sound the way she does, but sometimes she doesn’t seem to inflict any personality into the character.  There are also a couple of times later on in which her and Noah are communicating through a water pipe and their voices echo through it, making it difficult to understand what she’s saying.  Still, this isn’t a major issue. 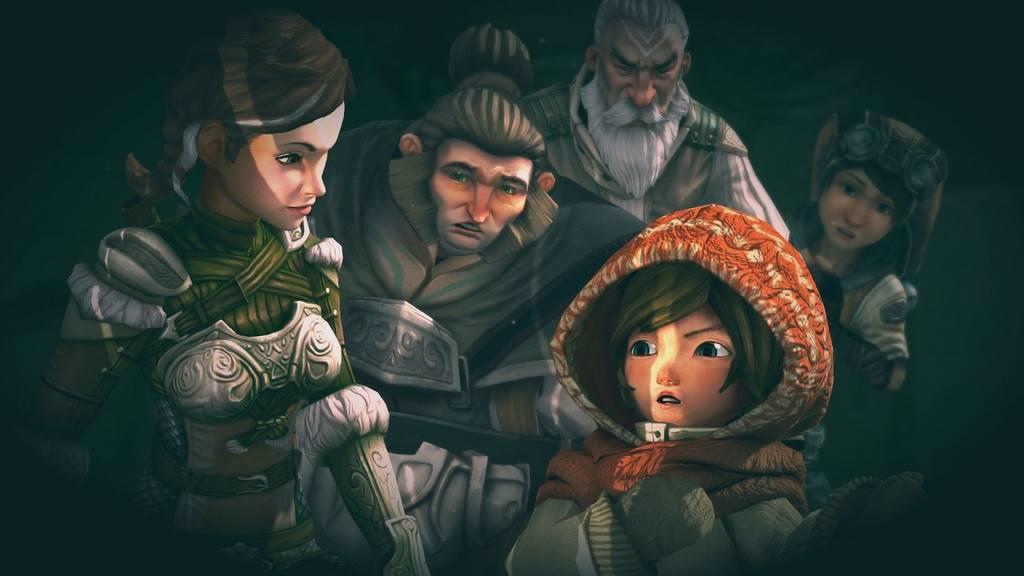 The second though is something that shouldn’t happen with any game, and that’s…well, the best way I can describe it is broken animation.  Several times characters will clip through walls during animations or worse, their movement is completely erratic or non-sensical.  During one puzzle Noah is supposed to break a large candle into a smaller one and place it into a lantern, but the candle and lantern don’t line up with Noah’s hands, making it seem like the lantern is levitating while he puts the candle into nothing.  There’s another scene later on where Reine is supposed to climb some stairs, but her character model gets stuck behind a railing and she just kind of rotates and fidgets…and this is during a pretty important scene.  Hopefully it’s just my copy of the game, but I haven’t seen anything saying a patch was released.

Despite the occasional weird animation issues and the simple puzzle designs, the thing I enjoyed about Silence the most was the story.  I won’t get into much detail about it as I don’t want to spoil anything, but Silence did a wonderful job with the story and the characters themselves, occasional line delivery issues notwithstanding.  Some of the decisions you make may not matter to progress the story (such as the aforementioned Reine trying to get Noah’s attention), but it gets you invested in the story as you sit there and make a decision that ultimately has no bearing on the outcome.  When I reached the final stretch of the game, a few events happened that honestly I didn’t see coming, and the ending to the story is all dependent on the final decision you make.  I ended up replaying the final scene to see the outcome of each possible decision and it’s hard for me to say which one was more emotional to see.

Silence is a great game with a few issues here and there.  The dialogue delivery quirks and few animation issues I can get past (well, one in particular could be the stuff of nightmares, but Silence is a world between life and death afterall), but the puzzles themselves don’t require a lot of thought, making this a pretty easy game to get through.  Again you can change up what hints the game gives you and make things more difficult on yourself, but the story of Silence is what takes center stage here.  That being said though, forty dollars is a lot for this game and if you’re good with the puzzles, it won’t take very long to complete, probably around a couple of hours or so.  For the same price you can pick up both Silence and The Whispered World on other platforms.  That aside, Silence is worth checking out for the story alone, but I’d say definitely wait for it to go on sale.

Silence is a great game with some quirks.  The artwork is beautiful and the animation is pretty good for the most part, and the story definitely takes center stage for me.  However, the puzzles are rather simple, most of the dialogue (and puzzles for that matter) have no real consequence for choosing a wrong option, and the forty dollar price tag might be off-putting to some, especially since you can find it for half of that on other platforms.  Silence is definitely worth checking out and it makes me want to play through The Whispered World, but I’d recommend waiting for it to go on sale.