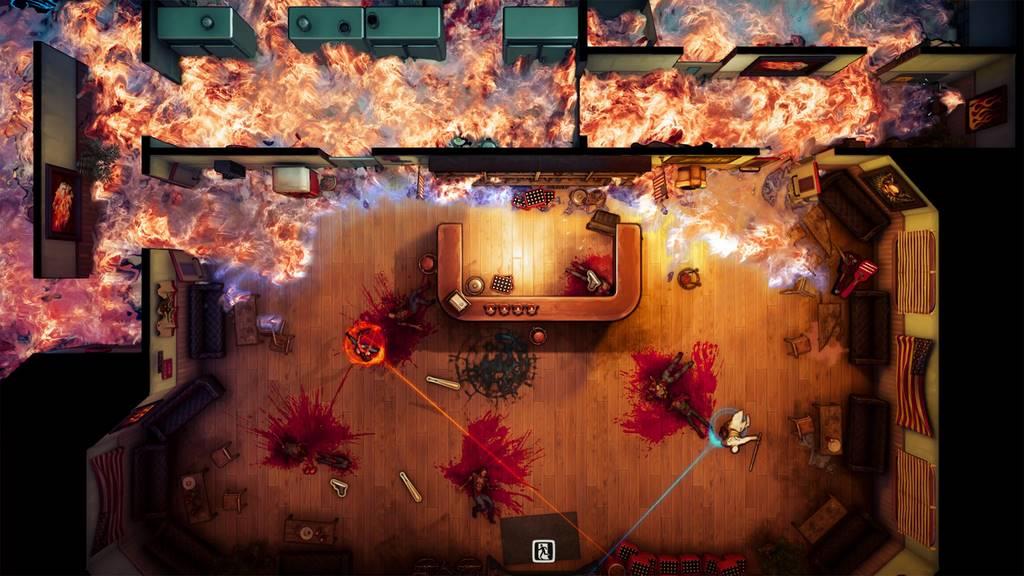 God’s Trigger is advertised as a game in which you “Slay enemies with speed and precision in an over-the-top show of blood and explosions. Play solo or with others, make split-second decisions, dodge bullets, and use weapons and abilities to inflict violence in the most graphic way possible.”

Intriguing, am I right? The game is not yet available even as Early Access, so any opinions or observations shared in this preview are not necessarily indicative of what will go to market, but in its current state it definitely meets those terms, although slaying enemies with “speed and precision” is, apparently, heavily dependent on the skill of the player.

Fundamentally it’s a top-down melee/ranged weapon fighting game with a modicum of story telling. We can dispense with our entire observation of the story aspect of the game with the statement that the cutscenes and narrative has very little to do with the play action. It seems these days that conventional wisdom dictates that every game requires a backstory or it won’t sell for more than $2.99 on Steam. How else to explain the multitudes of simple games enfolded into complicated narratives that bring nothing to the table? God’s Trigger falls prey to this perceived requirement with a story that does nothing more than get in the way of a simple game.

Despite being a direct top-down game, which typically serves only to “flatten” the playing field into a characterless, boring view, Trigger looks pretty good. Much of the gameplay occurs inside of buildings, so your view is that of a floor plan. As you move from room to room, you are accosted by bad guys. There’s no love for fellow man in this God’s world; everyone you meet wants you dead. And they’re in a big, giant hurry about it. Once you’re detected by an enemy, all hell breaks loose, so to speak. They come at you, and they come at you fast! I was killed a dozen times within the first minute of play, and dozens more after that. 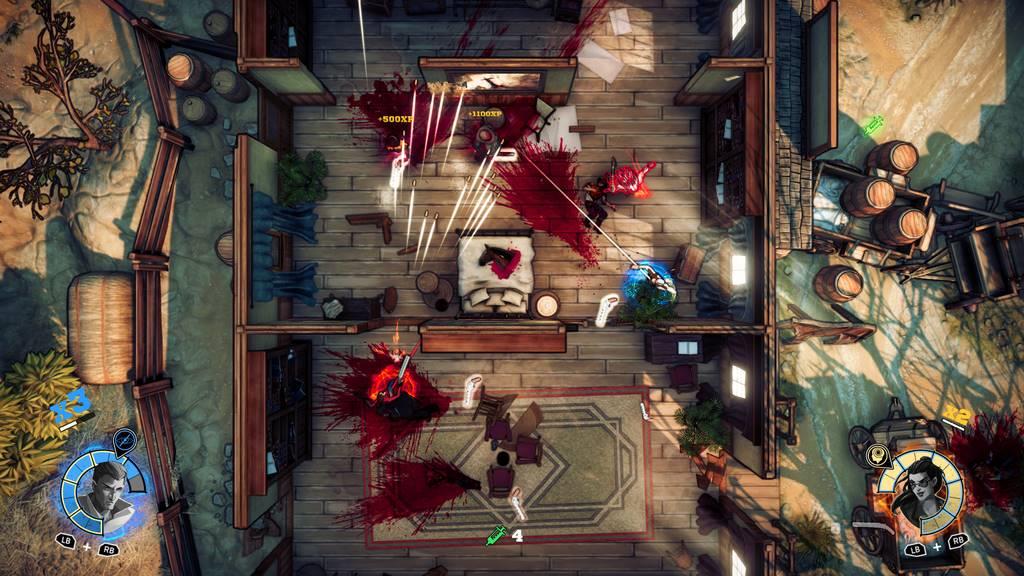 As previously mentioned, you and your opponents have close-in melee attacks by default and can acquire ranged weapons (read: guns) as well. The game would be difficult even if it was limited to melee fights due to the speed with which the opponents swarm you, but the added complications from guns, etc. really ramp up the pain. Some of the gun shots are slow and can be dodged if you’re quick enough, but some aren’t. It can get very hectic, very quickly. Stealth attacks and perks, such as temporary invisibility, help, but are by no means a panacea. It can’t be stressed enough: this game moves fast, and if that’s not enough, it’s one-hit = one kill, at least until you get your avatar leveled up.

This fast pace of play can be problematic for older, slower players like, well…. me. First attempts at playing the game were limited to keyboard controls, which soon proved untenable. There’s just not enough time to be flailing around with W S A D and LCTRL and LSHIFT, et al. Fortunately, there is support for an Xbox One controller. 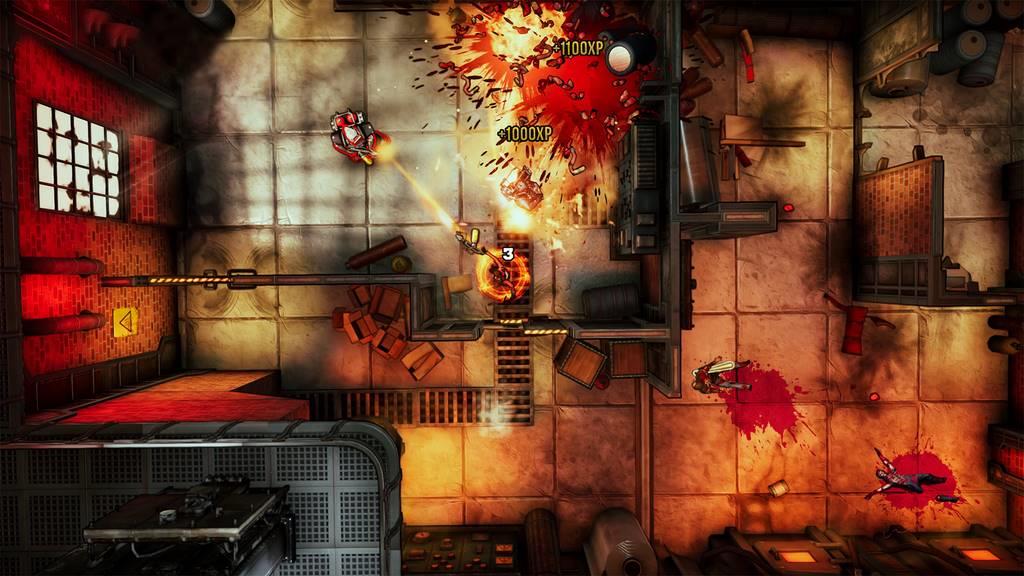 Or is there? It took awhile to determine why my controller was not being detected by the game. Long story short, at the time of this writing it appears that the Xbox controller can be the only thing listed in the Steam Recognized Controller list - once I disconnected all of my other peripherals, it worked fine. The controller made a substantial difference to my playing ability, although I soon tired of being killed because I could remember to use the B button rather than the right side trigger. There is likely to be an alternative setting for that, but by that time I had figured out ways to survive a few seconds longer using just melee attacks. Note the “a few seconds” in this game is near eternity.

My average round lasted less than two seconds, and successfully finishing a round took no more than five seconds. It’s definitely the game for folks with short attention spans. 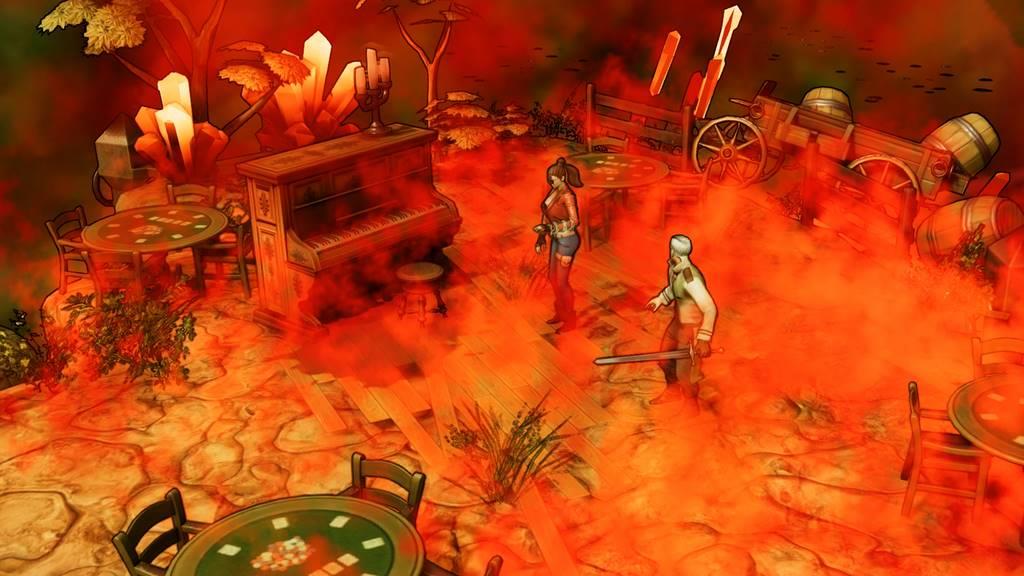 Was it frustrating to die a dozen times before completing a room? Well, no, it was fine once I realized that the checkpoints were plentiful and restarting after a death was nearly instantaneous. Dying a whole bunch has an effect on your score, of course, but who cares? There’s still satisfaction in finally coming up with tactics that will get you through a room. Stealth attacks will get you started, but you had better have a plan to follow up with because stealth only lasts until you kill someone. If you’ve read this far, you already know what happens once you’re discovered.

At this point in its development, God’s Trigger is playable, not not exactly compelling. It differentiates itself from the hundreds of similar games by being almost ridiculously fast, which could be a game breaker for the “less stress the better” demographic, of which I honestly confess to being a member, were it not for the mitigating fast recovery and plentiful checkpoints. Even so, there isn’t a lot of depth here (with the caveat that I was not able to finish the entire game) which can be good or bad, depending on player preference. If an adrenaline rush is what you’re after, God’s Trigger might be just the game you’re looking for.