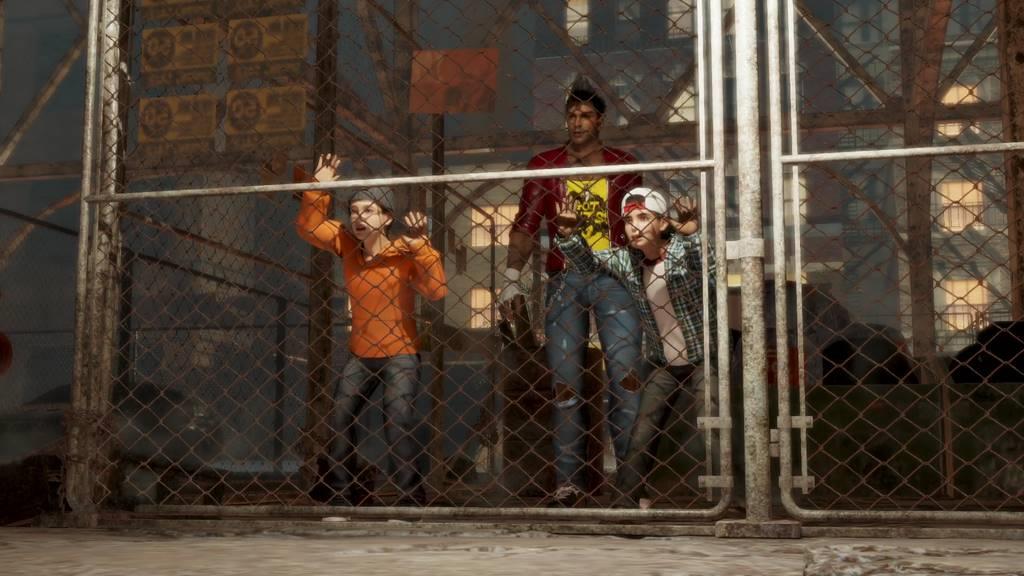 Dead or Alive as a series exists to me at that intersection of franchises I am a casual fan of, and will play it when it’s presented to me, but won’t actively go out of my way to get the latest title. So when Koei-Tecmo dropped this one on my doorstep I was like, ‘Well at least NiCO looks like fun.’ And that thought process of stinkin’ thinkin’ wasn’t really the best way to approach Dead Or Alive 6, not after some quality time with it. For all the debacle that was EVO Japan and their stage performance, Team Ninja has put together once again, a competent fighting game that almost anyone can pick up and play and have a good time with. While titillation was their name of the game in the past, (thanks Steven Totilo for reminding me about the ‘She kicks high’ commercials of DOA3) Dead Or Alive 6 seems to be following the trend of DOA5, where the combat is front and center.

Dead Or Alive 6 didn’t really get off to an auspicious start with me. In the current era of gaming it’s not uncommon for day one patches and install times, and I get that. But when your game goes through the standard installation process in the PS4 cross-bar menu, and then I start the game, I’m not expecting to get hit with round 2 of installation. So when Dead Or Alive 6 starts up, it starts in a sort of demo state, where most of the game modes are locked out, and only four characters are available to start, no Story, no DOA Quest, no online, just training, and local quick play. Worst of all, there’s no sense of progress with this installation. So after about thirty minutes or so (on a PS4 Pro with a hybrid hard drive installed) the rest of the game became available, although not quite, because some stuff was still locked behind a day one patch that wasn’t live until just before this review was written. This gave me limited time to be able to access the online portion of the game, which was fine, provided people had good connections, but with Ranked Match being the only option, I’m not exactly fiending for multiplayer unless it’s locally with some friends. It should also be noted that prior to the actual launch of the game I could not find a single player to play a Ranked Match with. 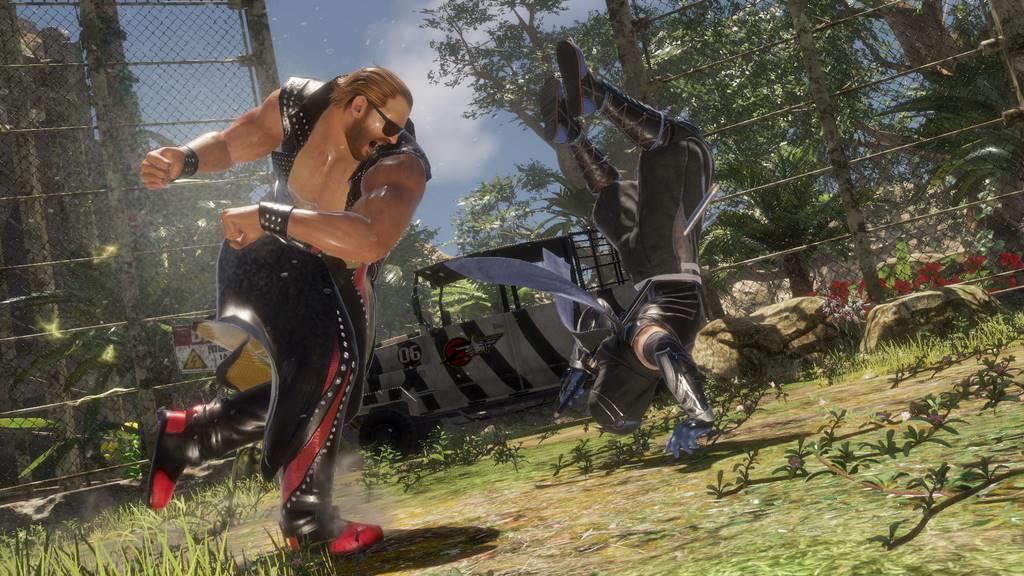 Ok, now that I’m done with tearing this game down, let’s talk about some of the things this game does right. By far what I have enjoyed the most out of this Dead Or Alive, is the new DOA Quest mode. Featuring over 100 different challenges (with more on the way?), this mode gives three challenges to complete with a specific character, and for each one complete there’s the requisite monetary reward. Clearing all three will net some ‘pattern parts’ which are necessary for unlocking the large number of costumes for each character. The other way to earn ‘pattern parts’ is through online play, and since I’m not so big into that, this mode is the perfect way for me to participate in the new grind that this game has invented. Remember when costumes were a reward for arcade mode, or time trial, or survival? Now a good chunk of them are also going to be DLC, and as of this writing the season pass is a whopping $93 dollars. That is utterly insane, and is just an issue I have with the industry at large at the moment. Don’t go charging people one and a half time’s the game’s price of entry to get costumes and a couple of characters, especially when the individual characters are four bucks. Don’t do that.

Getting back on track. DOA Quest is a fun distraction from the bonkers, but short story mode. This time we’ve got two new characters added to the mix, the street fighter, Diego, who’s reluctant to enter the Dead Or Alive tournament, but does it for his ailing mother. And NiCO, wielder of Pencak Silat, and capable of shooting lightning from her fingertips, give her a good set of sunglasses and her smug scientist demeanor can’t be beat. She’s also just a good technical character versus the brute force of Diego. Sadly a lot of the add-on character from Dead Or Alive 5 are not present here, so if you liked the Virtua Fighter character crossover, you’re going to be a little disappointed. Mai Shiranui from King of Fighters is slated to be a DLC character, so it will be interesting to see how she fits into this game when she’s released. The roster starts with 24 characters by default and is pretty robust, and making a triumphant return is the antagonist of the original Dead Or Alive, Raidou. His return caps off the story mode that sees Marie Rose befriend the mysterious Honoka, Zack’s taking a backseat from fighting to be the tournament organizer, Helena still has no idea what it is the DOATec does even though she runs the company, and the eternal rivalry between Lei Fang and Jan Lee continues unabated. The story mode took me about a good three hours or so to go through, making it woefully short, but was a fun way to get to try out every character. 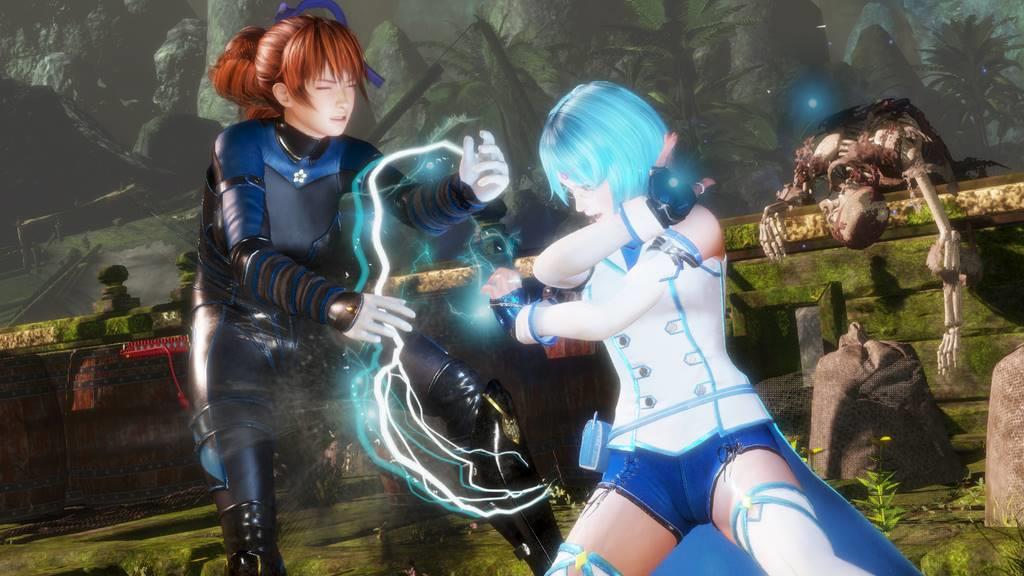 Another way to do that is to spend time in the lab, aka Training Mode, and I must say, Team Ninja has gone above and beyond with the amount of data they provide in this mode. Frame data, damage, distance between opponents, height, knock back, and more categories are available for display including input data. There’s also a Command Training mode to learn each character’s moves, and a Combo Challenge mode that will help take that practical knowledge to the next level. For anyone who hasn’t played a Dead Or Alive game before, it’s actually rather simple, based upon a ‘Triangle System’ of punches, kicks, and holds. One button for each type of attack, but holds are where the depth of this game really shines through. Holds act as counters, and while in the past it was just simply a matter of tapping a button to counter an attack, it has evolved into the ‘4 Way Hold’ system, where each direction is used to counter a specific move.

The Power Blow system from Dead Or Alive 5 has been retired and in its place is the new Break Blow system. These powerful attacks can be activated when the requisite meters are filled, and don’t require the user to be at a specific level of health like Power Blows did. These Break Blow meters can also be spent to counter specific moves when needed in a pinch. But most people will opt to use them offensively, either as a combo string or as a singular powerful strike. The blows themselves give the series something it seems lack otherwise, which is a sense of impact. It came to me while playing as Bass, one of the biggest, heaviest hitters in the game. I don’t know if it’s the sound design or what, but even the most powerful normal attacks don’t seem to have much impact. His powerful wrestling moves seem like something that would rumble an arena, yet have the same sound and visual effects as a moderately strong punch. 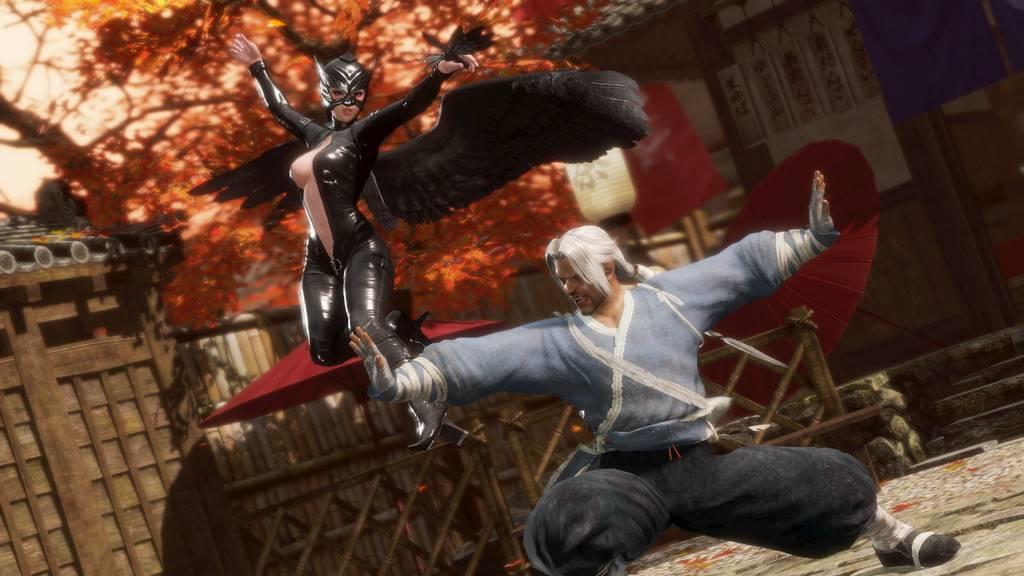 For the lore freaks out there, there is a database that contains all the historical data of the Dead Or Alive storyline, and some goofy trivia as well. There’s also a theater, wardrobe, and music selection menu so the entire soundtrack can be customized to an individual’s liking, which is great because that means I can get rid of that awful track from Mila’s boxing ring.

To me, Dead Or Alive 6 is the video game equivalent of a summer blockbuster movie. It’s got a lot of flash, some pretty good fundamental systems, and some likeable characters. But I feel like it’s missing something to really put it over the top. The era of excess went out with Tomonobu Itagaki’s leaving Team Ninja, and for the most part I feel like the series is better for it. But at the same time, it feels like DOA6 is a lesser package than the game that came before it. Within a few hours I felt like I had seen all there was to see, and all that was left was to grind for costumes, and it is a grind, with no real choice in what is getting unlocked. Maybe if I had some control over where to dump my pattern parts I’d be more stoked on it as a system. But overall, Dead Or Alive 6 feels like it could have come in at half price, and would probably have been a revelation. Given what they’re charging for costumes, I feel like it could have been justified, or maybe it’s time for this series to go free to play?

I really want to like this game more. NiCO's a fun new character to add to the mix, and the DOA Quest mode is a lot of fun. But the middling story, and ridiculous costume grind kind of shows how little new content there is to this game. Maybe down the line it'll be a fully fleshed out experience, but at least it's off to a better start than Street Fighter 5.