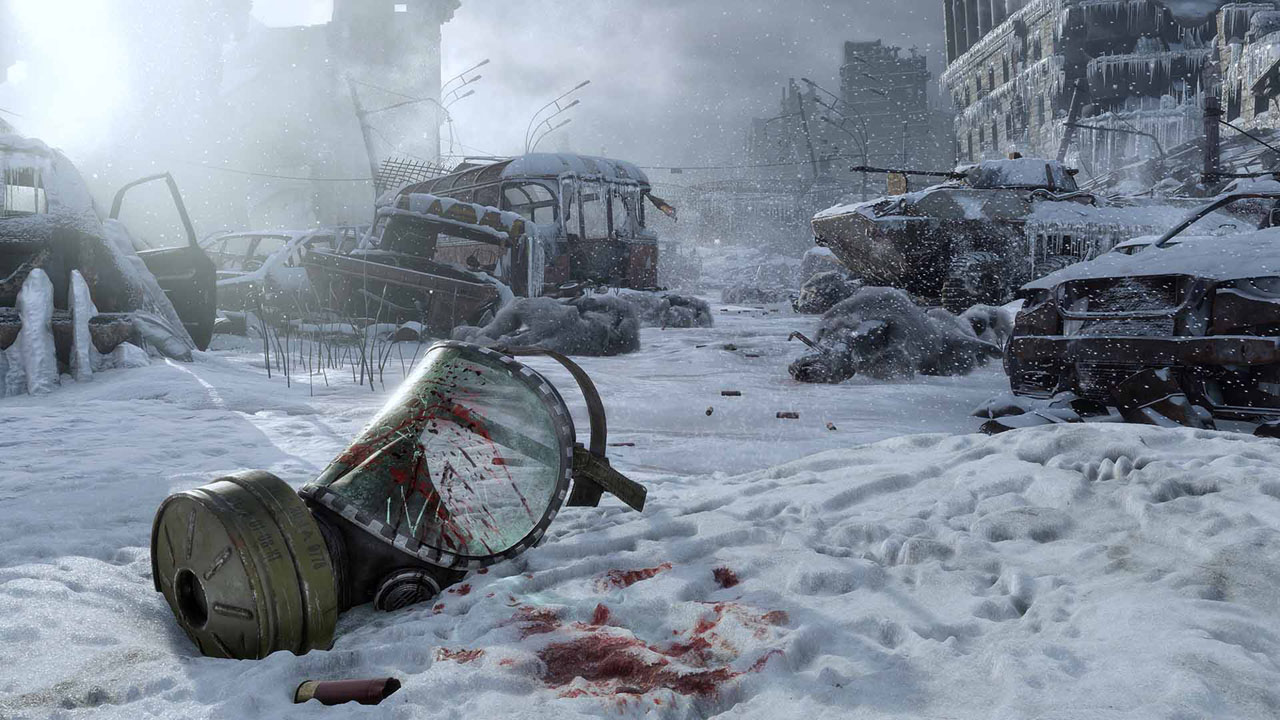 Metro Exodus hasn’t been out long, but it launched with support for both ray tracing and DLSS which is great if you had a NVIDIA RTX card. The game's initial implementation of DLSS wasn't great but as a software developer, I was hoping that it will improve over time as more and developers learn how to build it into their games

4A Games released a patch last Saturday which improves DLSS support and the patch shows off what the technology can do and has made it so I am playing with it on now instead of unticking the box during my play through.

To test out the patch, I use a scene in the Volga chapter where I just got finished with the church and Duke pulled help pull me out of the water. The scene has a foliage in the background with some water and junk lying around.

I am playing on an Intel i7-9700K with 32GB of ram and a NVIDIA GeForce RTX 2080 Ti graciously provide by NVIDIA. Metro Exodus was also provided by them as well for this article. I am running the game at 3440x1440 resolution on my ultrawide Viewsonic XG350R-C monitor.

This screenshot is the game running at 3440x1440 with ultra settings and high ray tracing enabled. You can see the beautiful rendering in the scene and the nice detail presented by the game.

Turning on DLSS, the scene becomes a little bit too soft or blurry. DLSS didn’t seem to be working as well as I thought and I don’t have a 4K monitor to test, but I was disappointed at the picture. But then I came across someone saying that this might be a bug and that turning the resolution down to 2560x1440 and having DLSS enabled produced a really great picture.

My next test was to see how much frames per second I was getting. I did a few laps around Duke and turned around a few times, walking around this area. It was a place that I could easily reproduce the results since there’s no variation in the scene after Duke finishes talking. 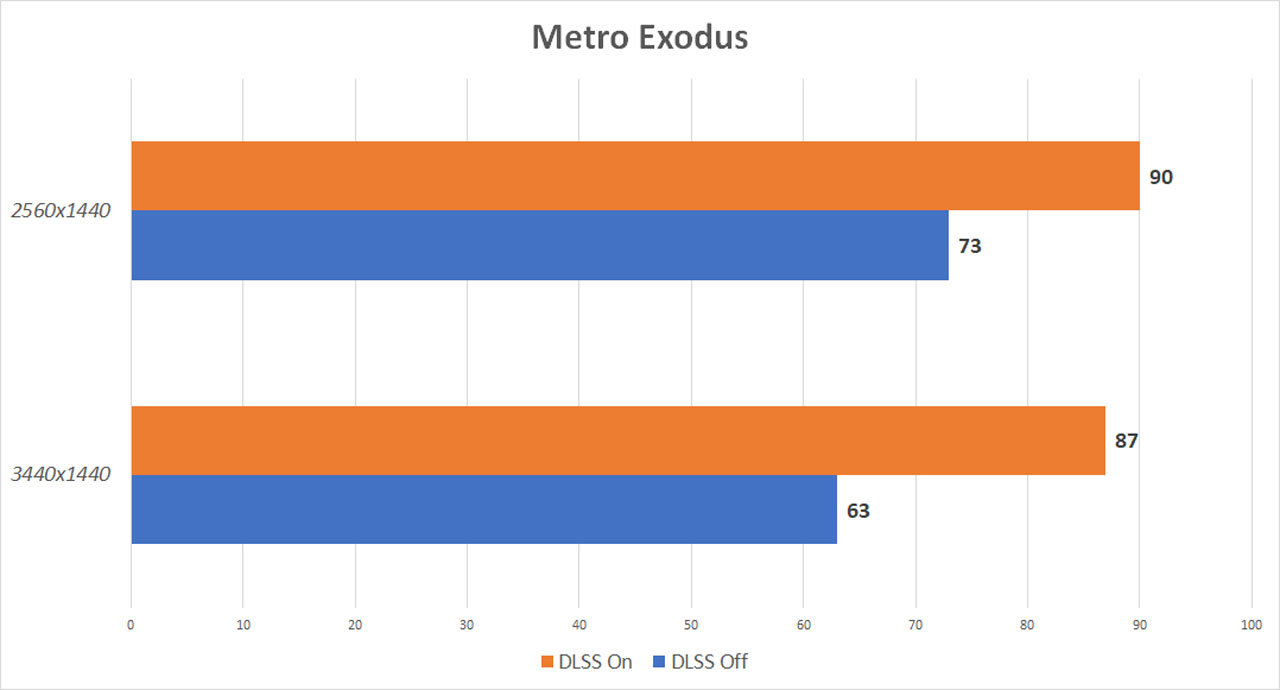 As you can see, DLSS really helps improve the speed of the game combined with ray tracing. We’re talking a 27.6% improvement at 3440x1440 with DLSS turned on, which is pretty significant. But as I said earlier, the image quality suffers at the ultrawide screen resolution so popping it down to 2560x1440 will net you both the huge speed increase and high quality image. At 19% speed improvement, it’s really a no brainer to enable DLSS.

Now DLSS has had its criticisms lately and a lot of it, I think, is warranted. But with the release of the latest Metro Exodus patch, it goes to show that with some more time and experience, this feature can deliver what NVIDIA was touting. I just wish you could enable DLSS without having to use ray tracing and I hope NVIDIA and/or game companies will let that happen sometime in the future. For now, if you have an RTX card and want to play with ray tracing, go turn on that DLSS and benefit from an improved picture quality and speed using those Tensor cores on the card.

Thanks again to NVIDIA and Viewsonic for helping with this article.