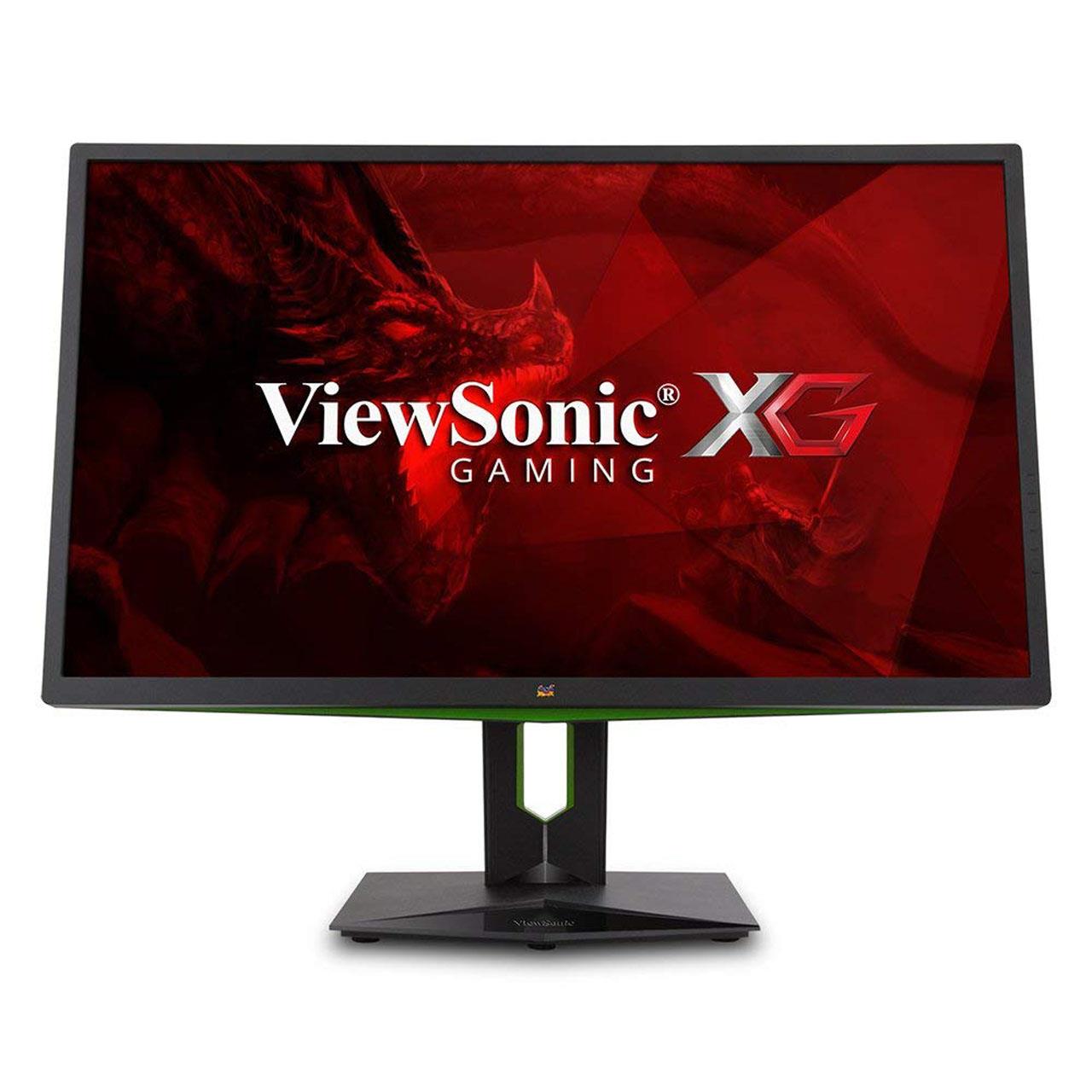 Viewsonic isn’t a stranger to making G-Sync monitors with a few under their belt. One of the models that they feature is the XG2760. This G-SYNC 27” monitor had a lot going for it on the surface and I was anxious to try it out with my NVIDIA gaming system. Viewsonic was kind enough to send one along a few months ago and I was finally able to put it through its paces.

The XG2760 is a 27” monitor with a TN panel with support of up to 165Hz.  Viewing angles are impressive and I was able to move around the monitor without seeing any washed out colors. It’s not IPS quality, but I still found the viewing angles to be pretty good. From what I read, there was some quality issues with the XG2704 monitors which used an IPS-like panel, thus the XG2760 is a replacement for that model but with a TN panel instead. For those what won’t settle for anything other than an IPS panel, this will be disappointing. But, the response time is second to none with the change. It has a 1ms response time for super fast performance and the native resolution sits at 2560x1440 making it a WQHD panel.

It’s not a very stylish monitor, but that’s not a bad thing. The panel is surrounded by a black bezel made of black matte plastic. There’s green accent at the top, bottom, and at the neck of the stand to let you know this was designed for NVIDIA cards in mind.

In the center of the stand sits a multi-color LED that will take an average color of what’s on the screen and display that color. It can get a little bright, but depending on how close you have the monitor sitting to you, you might not even see it. It adds a little accent color to the setup, but you can turn if off if you don’t like it. I’m not a big fan of the LED, but it’s optional and could go with your setup.

The stand has a nice range of movement from lowering and raising the display, tilting, to even rotating it 90 degrees for a portrait mode. Movement is smooth and the stand is solid.

The right side features all the OSD buttons. I did have a little trouble sometimes matching up which button pertains to which function the label says on the front, but for the most part it wasn’t too bad to get the right one after a try or two. Also on the right side are two USB 2.0 ports should you need some extra connections.

One of the features accessible are presets for various games. You can switch between them to see what suits you best if you don’t want to take the time to calibrate the picture yourself.

For the rear of the monitor, we have some more green NVIDIA colors and a nice little retractable headset hook on the stand. When not in use, it can sit flush against the stand, but should you need something to hang your headset on, just flip it out and you are good to go. The hook is also colored green as well when extended. Two up firing speakers also sit in the back, which you can use in a pinch. It’s definitely not something I’d suggest to use long term. I found them to have flat sound, but they are there just in case.

Connections include one HDMI 1.4, one DisplayPort 1.2a, a 3.5mm headphone jack, and two USB 3.0 ports that all sit facing down on the bottom half of the monitor. You’ll need to connect your NVIDIA card to the DisplayPort connector should you want to use G-SYNC. The HDMI connector is limited to 60Hz at the monitor’s resolution, while the DisplayPort will let you run at 165Hz at 2560x1440.

For those who use monitor arms, the XG2760 supports VESA mounting and I was able to take off the stand and use it on my triple arm setup. You can see the pogo pins when you remove the stand from the monitor where it passes down signal and power to the light. Taking off the arm took a little bit more than the usual effort as a few screws gave me some minor issues coming out, but overall, I didn’t have much trouble switching from the stand display to using an arm.

My system consists of an Intel i7-9700K, 16GB of 3200DDR4 ram, a GeForce RTX 2080 Ti, and an MSI Z390 Gaming Pro Carbon motherboard. I ran through a gamut of games and having G-Sync enabled with the combination of NVIDIA’s most powerful consumer card and Viewsonic’s XG2760 provided an incredible gaming experience. Tear-free, high resolution, smooth gaming which I’ve never experienced before being this is my first G-Sync monitor. No color banding or blanking of the screen.

If you’re rocking a NVIDIA card and you want to have super smooth gaming, then G-Sync is the way to go with the XG2760 providing the display that really shines in those situations.

Colors are really good and I think people railing against TN panels really should see them in person as they’ve gotten a lot better over the years. While it may not be up to  a high quality IPS panel, it’s pretty comparable in my opinion. Like I said earlier, I didn’t see any color banding and because of the strict guidelines set by NVIDIA to be considered G-SYNC certified, the XG27060 delivers with great color reproduction.

I used the monitor for both gaming and productivity and having spend a great deal of time in Photoshop and Visual Studio, I really liked the high refresh rate and resolution of the XG2760. It’s not a monitor designed for working professionals and tailored for gaming, but I found it to be more than capable of handling some professional work without any issues.

I’ve been working with screens at 120Hz for a few years now as my main monitors and while I didn’t see any different going up to 165Hz, the video is liquid smooth in all facets of work and play. This really does make gaming and work much more enjoyable and having a high refresh rate as well as G-SYNC capabilities makes this monitor a joy to work with in all facets of computer use.

There is some minor light bleeding with the panel I was give to review, which is evident in my three monitor setup with two other TN panels when all of them are on without any picture displaying. I didn’t notice it though when I was gaming or working, but some people might be more bothered by this. Overall, the light bleed wasn’t nearly as bad as I’ve seen in other monitors and I didn’t even think about it when it was in use.

Price wise, you are paying a little premium for a panel using NVIDIA”s G-Sync technology over the other variable refresh rate standard. Coming in at $550, it’s roughly more in the higher end of pricing from my scan of Amazon purchasing options.

Overall though, the XG2760 is a well built, solid gaming monitor at a WQHD resolution. Hopefully with the switch to the TN panel, Viewsonic won’t run into the quality issues that the previous version had. The picture was bright and sharp and gaming was joy on it as well as doing work. For gamers who crave silky smooth gaming and have a NVIDIA card, the XG2760 should definitely be on your list to buy.

A high quality, sharp display with silky smooth gaming, the XG2760-GS is a great gaming monitor for those who have a NVIDIA card and want G-SYNC in their lives.