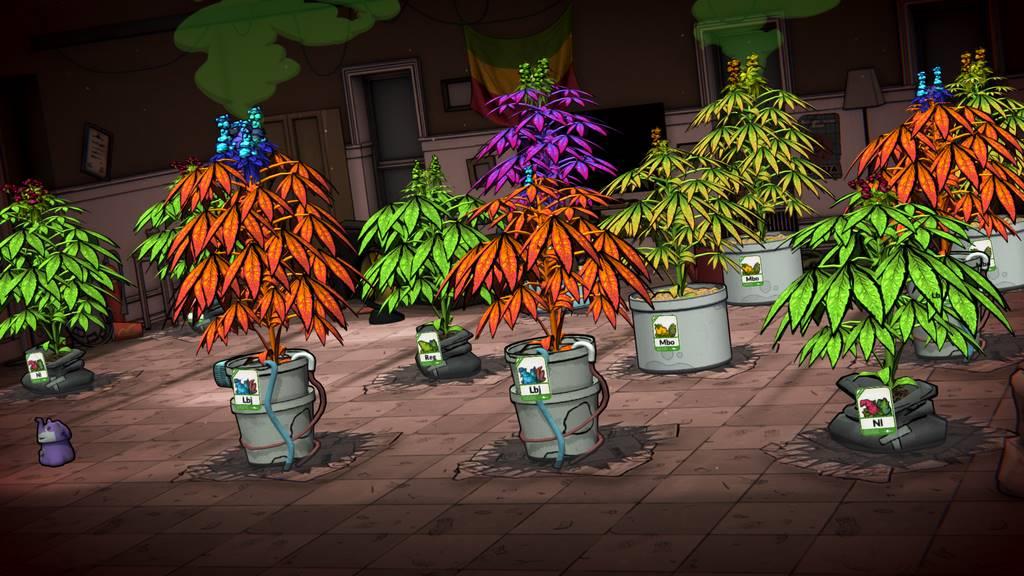 There are ten states in the U.S. where it's legal to use recreational marijuana—and that number is expected to grow in the coming years. So, it's no surprise that video games would jump into the topic of weed. Weedcraft Inc is an upcoming tycoon game that has players managing their own weed business, legally or illegally. Players have to manage every aspect of their weed empire to achieve success, ranging from creating the best environment to growing specific types of marijuana to fighting other sellers in the market.

Upon launch there are three scenarios that vary their story, player character, and map location. The first scenario serves as the game's introduction to the various gameplay mechanics where players assume the role of a former MBA student. After the character's tuition money runs out they are forced to return back home to Flint, Michigan, to live with their younger brother Clyde. The former student joins forces with his brother to start their own illegal weed business and experience all the ups and downs associated with such a venture.

The second scenario feels more like a sandbox. Players assume the role of a man released from prison for illegal cultivation, only to find that marijuana  is now legal in some states. In the hopes of getting back on his feet, he joins forces with Matty, his previous business accomplice who runs a legal weed business. In this scenario players start with a larger amount of money and are given the freedom to decide how they would like to start their business, either legally or illegally.

The final scenario, which isn't currently available in the game's beta, has players controlling the character Celia Hernandez as she manages the distribution of her family's weed business in San Francisco. Celia deals with some tough competition in San Fran while, at the same time, her son is about to graduate from high school. As the game describes it: Things are about to get complicated. 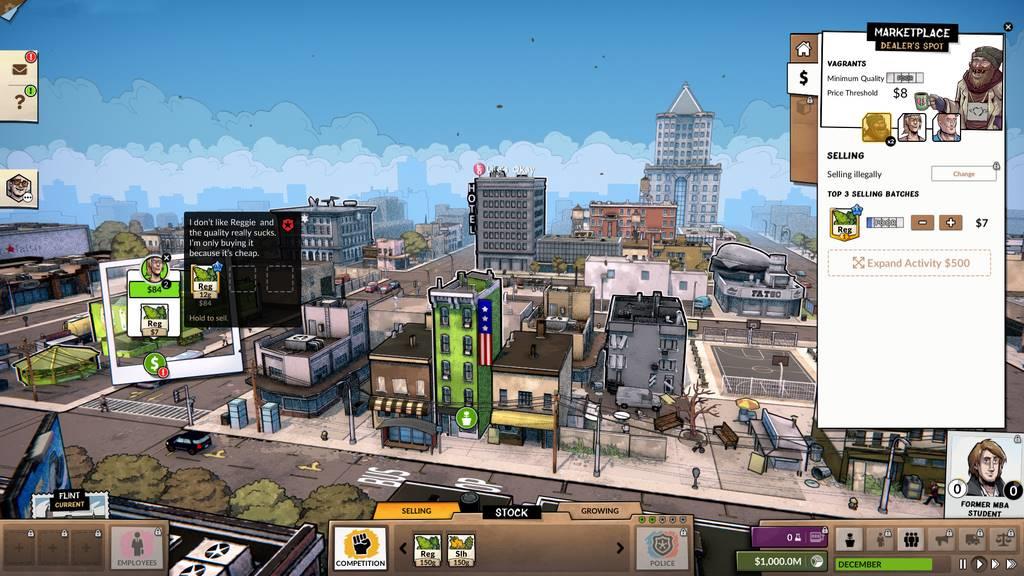 The base gameplay begin with the cultivation and distribution of marijuana. It's with these two elements in the game's beta that I became perplexed about managing my weed empire. The game's introduction to the gameplay mechanics often come across as vague. Even after reading through the help menu I still wound up confused. I think a big portion of the frustration comes from an overly complicated user interface. Menus upon menus forced me to click through endless interfaces and often led to the wrong action I was trying to perform. A big portion of the game, for example, revolves around switching between the map view and your grow room. This simple act of switching back and forth is required often—and the transition takes far too long.

The game takes a less casual approach to the tycoon genre. There's far more detail than I believe is required. I understand that the game is trying to offer a detailed and accurate portrayal of the growing and selling of weed, but it sacrifices any enjoyable gameplay experience in the process. One tutorial mission has players trying to devise the perfect nutrition for growing a specific type of plant. This involves changing the levels of nitrogen, phosphorus, and potassium. If that doesn't sound entertaining that's because it isn't. Again, I understand I need to install fans to keep my growing room at a correct temperature for growing marijuana, but as a player do I really need to worry about manually setting a specific temperature? 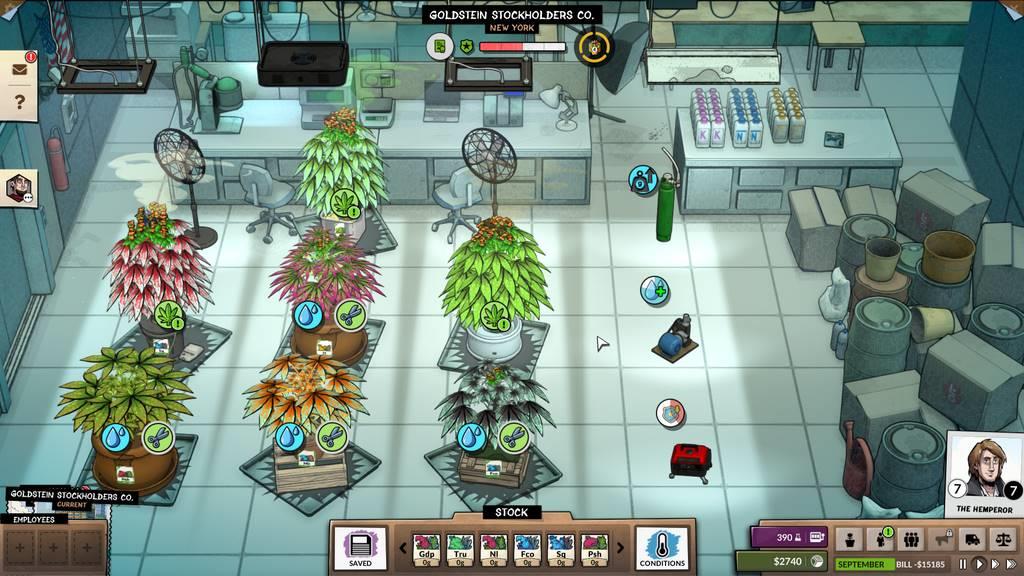 Even the process of growing the marijuana plants feels like a chore, especially as I have to hold the mouse to perform specific actions, ranging from watering to trimming the leaves. Fortunately, after a while, you can hire employees to perform these mundane actions while you focus on more important aspects, such as becoming friends with the local police chief or rival business leaders.

Don't get me started on the game's social interaction system. You have conversations with everyone ranging from employees to competition. Most of the time the dialogue choices have mysterious outcomes that are never made clear. An employee asks for a raise and two money options are given, one of which can hurt the their professional relationship while the other makes it stronger. Unfortunately, much of the time it isn't obvious what the outcome is for the player. Being that the game is in beta I have hopes that the gameplay is fleshed out a bit more. And that the user interface is simplified and made easier to understand where to find specific actions.

Weedcraft Inc is set to release on April 11. I'm still looking forward to the game's launch build, despite the sometimes frustrating gameplay. Hopefully on my second go around I'm more successful at running my legal or illegal weed empire.