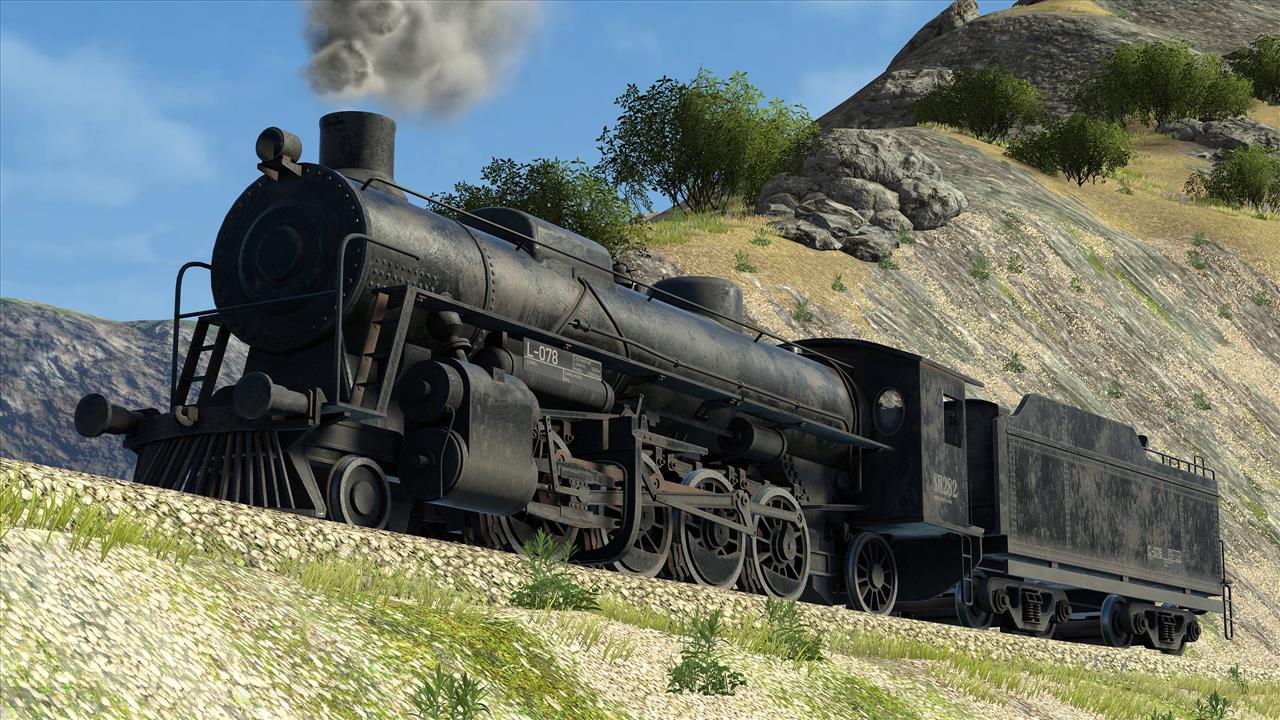 Despite the fact that railroads now only carry 14.4% of USA domestic cargo, which is a far cry from the 69.1% that is crowding our highways with trucks, railroads are still a critical component in commerce and were undoubtedly the key factor in the development of the North American continent. Kids of the late 19th and early 20th centuries dreamed of being locomotive engineers in the same way kids of my era dreamed of being astronauts and/or test pilots. The fact of the matter is this: trains are cool. 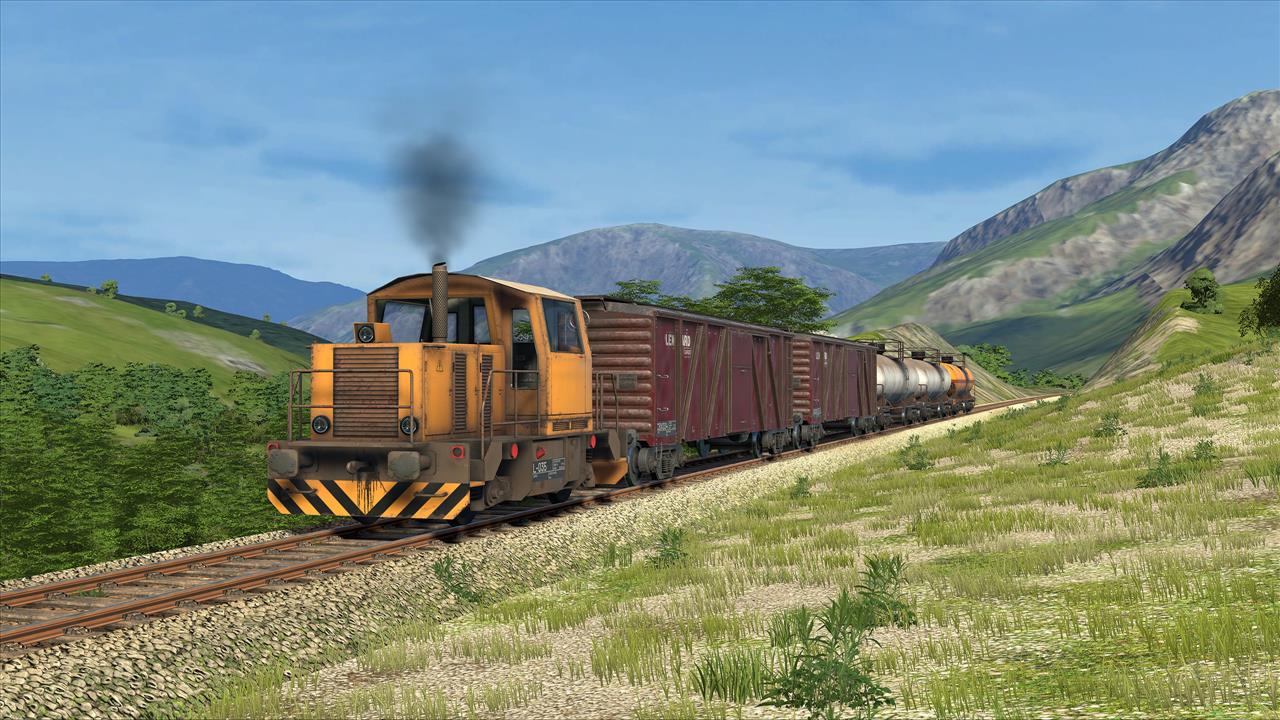 Having come from the longing-to-fly generation, nearly all of my transportation based simulations are exactly that: flight sims. Sure, I made an exception for American Truck Driver, but let’s be brutally honest - while it is challenging to drive a truck, their ubiquity on the roads heavily dilutes that “Wow, that lucky guy!” aspect of the job. Trains are another story entirely - there’s something about their immense mass and beefy, rumbling sound that stirs the soul. Their plaintive whistles in the dead of the night stir our innate desire for constant motion and/or escape from our current circumstances. This comes as no surprise to game/simulator developers, of course, which explains the easy availability of train simulators available for the PC. But, as with flight and racing sims, VR has come along and shaken up the established market.

This is the crux of Derail Valley. Built from the rails up as a VR locomotive simulator, it brings the VR twofer, immersion and scale, to the genre. There’s just something about standing in a full scale locomotive cab and operating the machine with your hands rather than clicking around with a mouse or stabbing at the little tiles on a keyboard. The first time you set something down on a shelf in your locomotive only to see and feel the vibration of the engine slowly move it towards dropping to the floor, you emit a tiny little laugh at the feeling of reality. The second time (and every time thereafter) you swear about it. That’s exactly how long it takes to enter the highly desirable state of full immersion, or at least suspension of disbelief. (I only mention that latter part in order to make use of the one useful thing I learned in Theater 101) 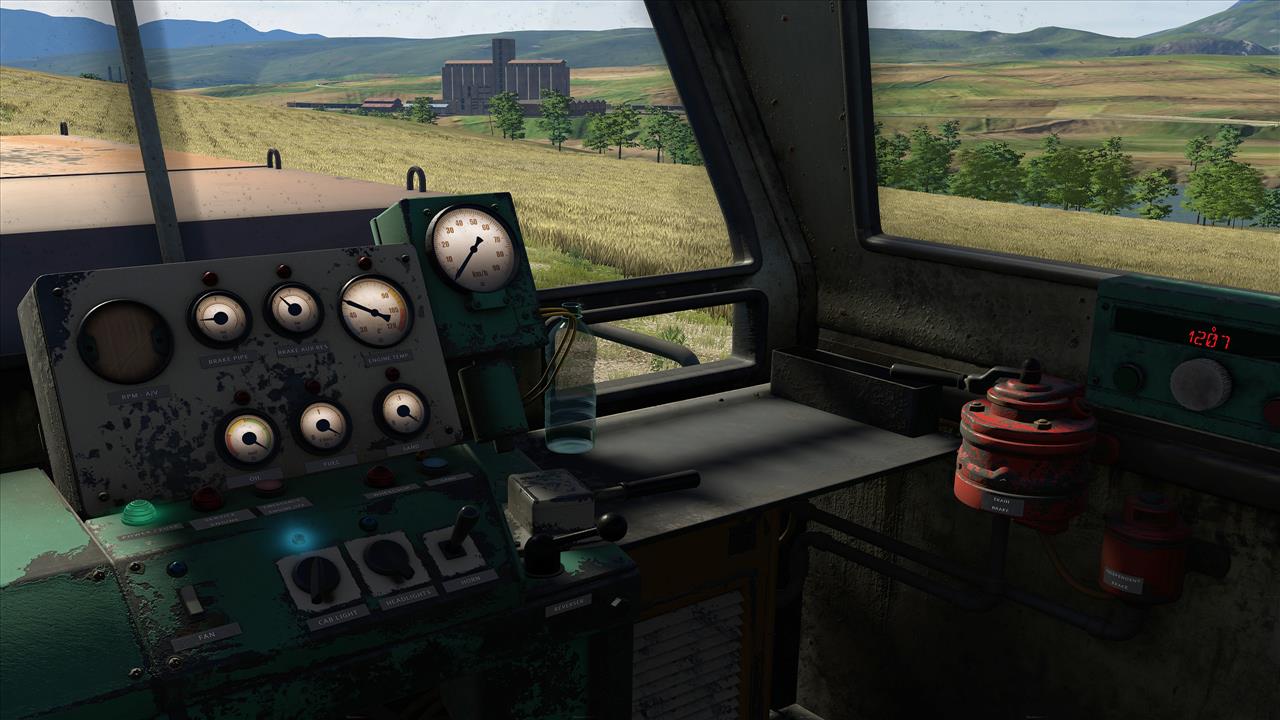 I first became aware of Derail Valley a year ago when they released a demo. While the intervening development drifted quite far from the demo, it did not change the fact that even at demo level, I knew I was going to want this game. As such, I waited impatiently for the game to enter Early Access. When it finally did roll around, I was a day-one purchase. I have bought and enjoyed many Early Access titles, but I don’t believe that I have ever bought in this early. It has been very interesting to watch. It has only been a week, but there have already been three of four big updates. To be honest, some of the things needing repair were of the nature that I thought even Early Access was too… early, for want of a better word. That said, the team has addressed critical issues on a nearly daily basis, so I cannot fault their dedication and energy.

As it stands today, Derail Valley has lived up to its name: I have derailed every single train that I have attempted to haul from point A to point B. Initially there was a bug in the physics model of a loading railroad car that led to derailments at speeds below walking speed. There was also a section of track that was of too tight a radius - if it didn’t derail the cars, it broke their couplers. I reported that bug and found the fix in today’s update. The physics bug has also been fixed, although I still managed to detail a train anyway. It was my own fault for letting my speed down the rails into a valley was too high, though. 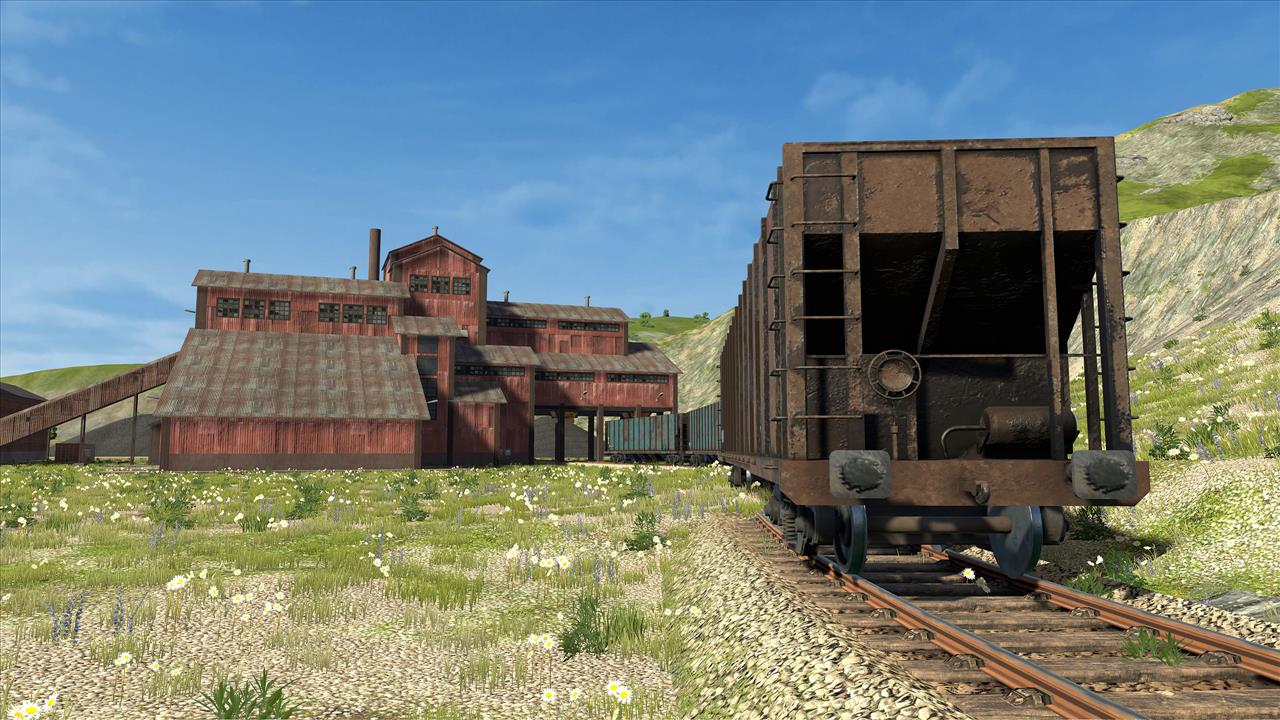 At this point in the development road map, there are two primary types of jobs to be done: shunting and hauling. Shunting is the process of gathering up disparate cars and creating a train. This is done with a diesel engine shunting engine and involves moving around various cars to either get them out of the way or attach them to your nascent train. Hauling can also be done with the little diesel, but once you earn enough money to unlock it, you can use a steam locomotive. Due to my chronic ineptitude, I have not been able to unlock the steam engine, but at this point I am waiting for a fix to it before trying it anyway. It reportedly requires almost non-stop shoveling if coal, and that shoveling also reportedly suffers from being difficult to do in VR (note that there is a non-VR option, which I do not understand the need for) and I don’t need that kind of frustration. I do hope that it gets fixed soon, but for now I am concentrating on shunting jobs, which are almost always successful (the tight radius turn at the coal mine notwithstanding) but do not generate a lot of income.

The world itself measures a generous 256 sq. km, so there is a lot of ground to cover, none of it being flat. There are more than a dozen places to haul things to, and they are related to each other. For example, a typical shunting job would be to gather and load a set of cars at the iron ore mine. Once done, a hauling job will be created to actually make the delivery. The shunting will pay about $1,500 and take 15-20 minutes to do. The hauling job will (someday, I hope) pay something around $10,000, if I ever manage to finish one. The world is quite attractive and the various stops along the way are interesting. 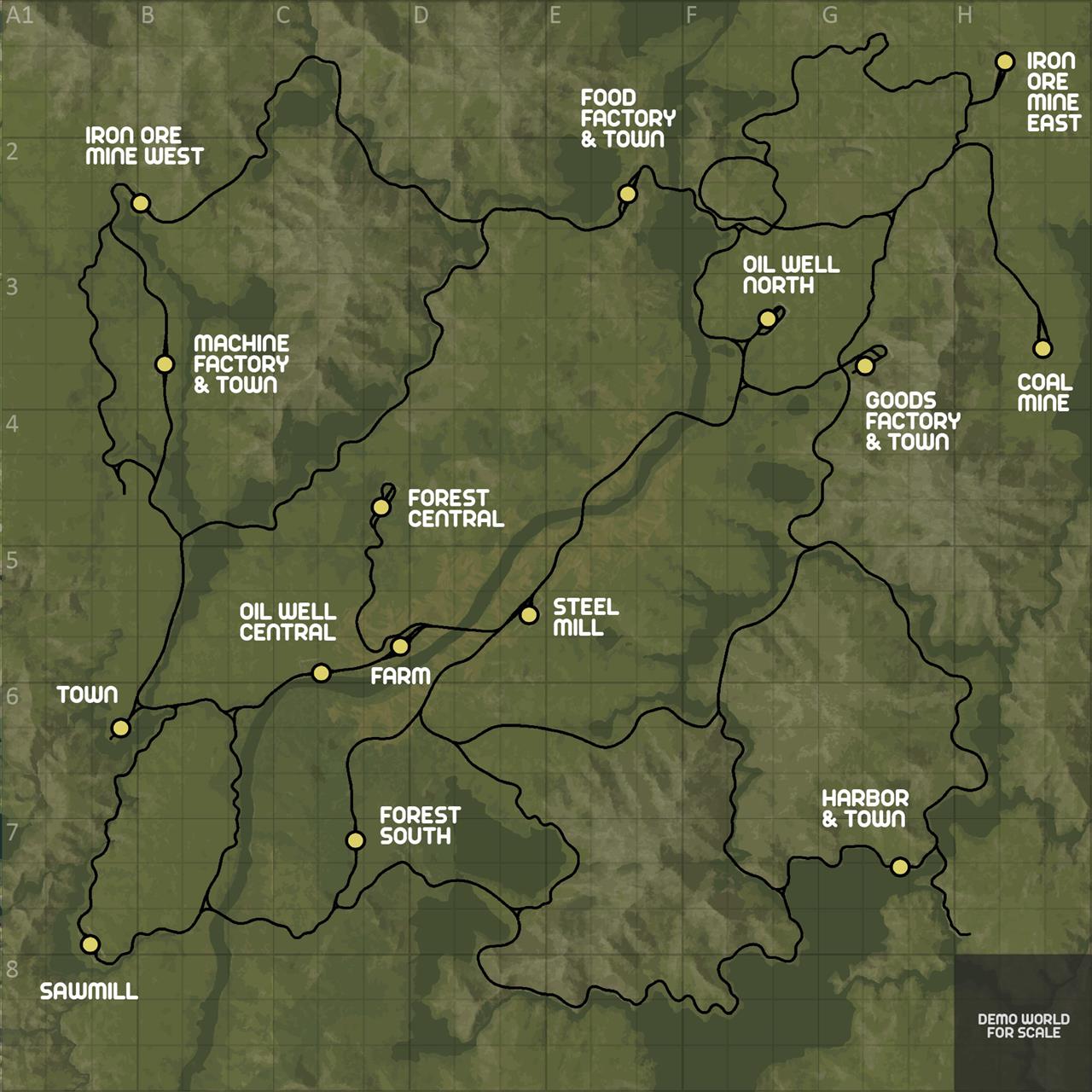 Each stop has a station, and that station is where you select jobs and get paid for jobs completed. The jobs are printing on card decks, running from a couple to a half dozen pages of details describing where to find the cars and where to put them. You just grab the job card you want and put it in your inventory, which also contains maps, a detailed guide for the track layout at each station, a remote device for changing the direction of railroad switches, and other odds & ends. When a job is complete, you take the card into the destination station and toss it into a validator machine which will either pay you or point out things that haven’t been completed yet. There are also kiosks for loading the train cars and repairing damage to the engine our cars. It’s all very intuitive and preserves the suspension of disbelief. 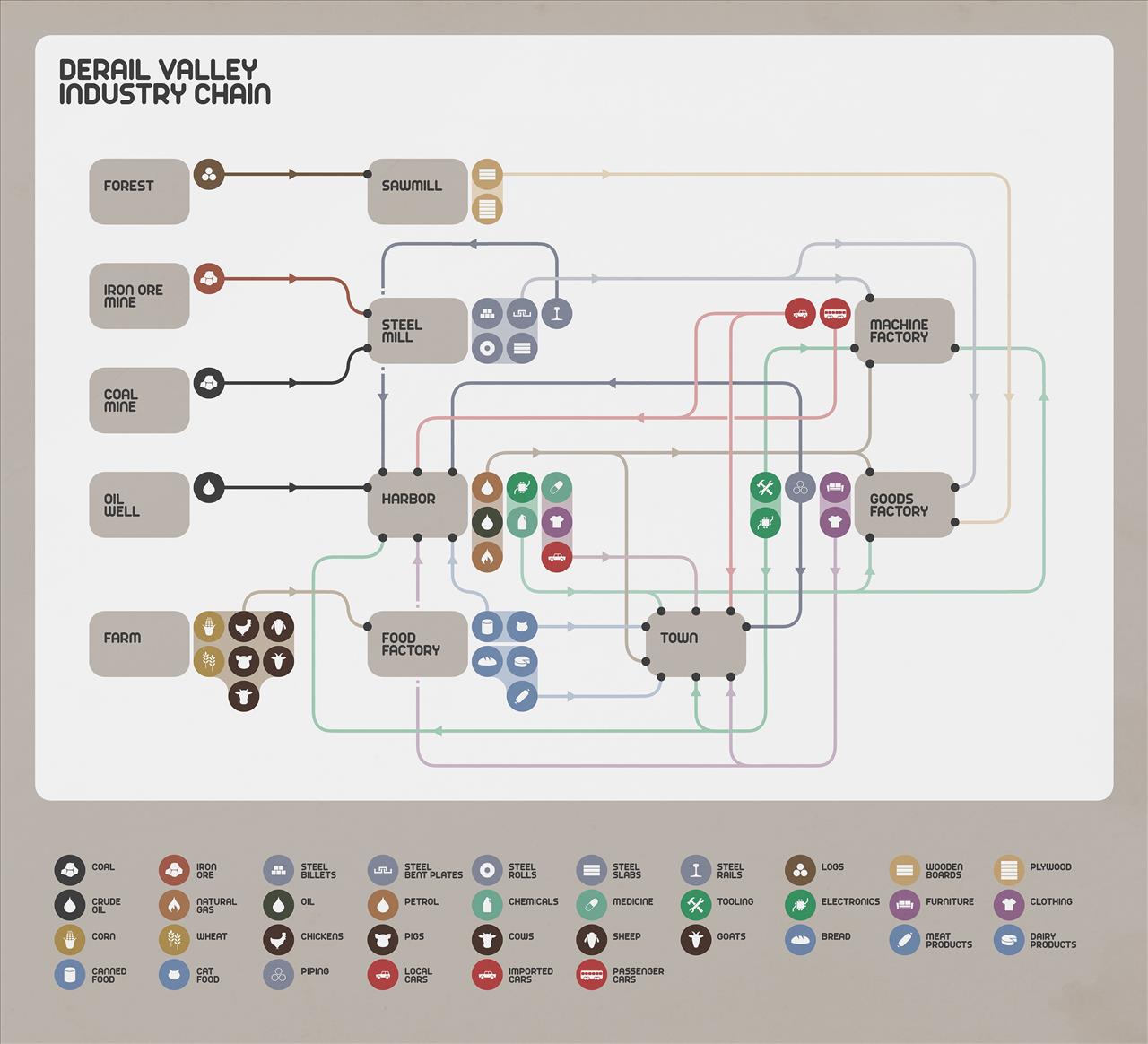 As it is Early Access, there are still a lot of rough edges to be addressed. Jobs in progress cannot be saved, and if (well, “when”) you derail, you have a long walk (teleportation and smooth are your options for out-of-train movement) back to a station. I found that part reminiscent of killing your horse in Red Dead Redemption 2, although I do find it ironic that I could just hop on a passing train to get back to a town in Red Dead but I had to hoof it in Derail Valley.  This will eventually get fixed, but I don’t know what form the fix will take. If it were up to me, I would allow the player to summon a repair train to come out to the point of the accident and get it back on the rails for a fixed percentage of the eventual job payoff. If I’m two-thirds of the way through the haul, I would gladly pay 25% or so for the service. Who wouldn’t??

As it stands today, I am fully onboard with Derail Valley. There is a great deal of work to be done before full release, but the team of five developers is responsive to each and every issue reported, they are very open about their future plans, and very clearly love what they are doing. The Early Access is available on Steam and Oculus for $19.99 but that price will go up as various stages of completion are reached. While it is exceedingly good in VR, it can also be played without VR equipment. If you have any interest in railroads at all, I believe it is worth picking up now.