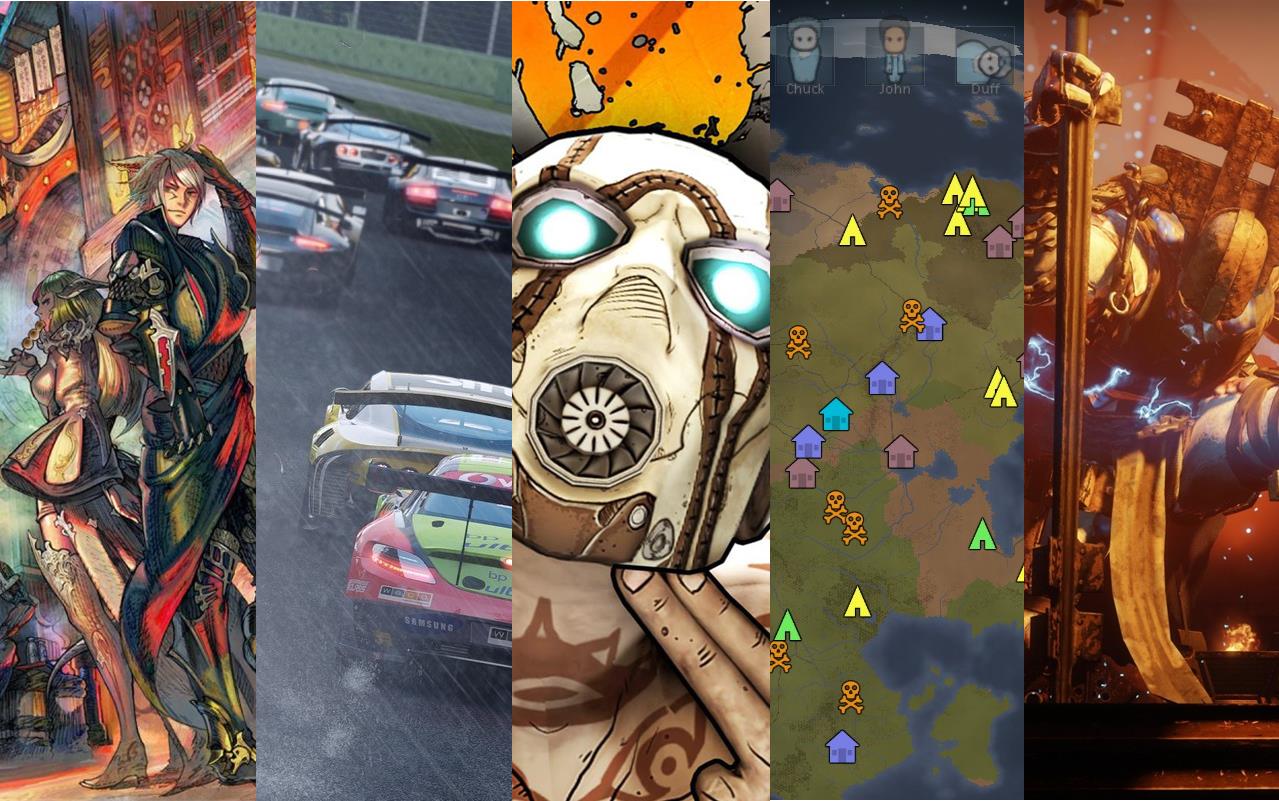 The Games We Continued Playing in 2018

Happy New Year, folks. Through the week we’re working our way up to our 2018 Favorites of the Year. But before that, we’re looking back on the older games we couldn't stop playing in 2018. We’ve been playing these since 2017 or much, much earlier, and refused to take them out of heavy rotation. Some are ongoing games, some are languishing in early access, and some simply keep convincing us to hit that reinstall button. Here are the old games we were still playing in 2018. 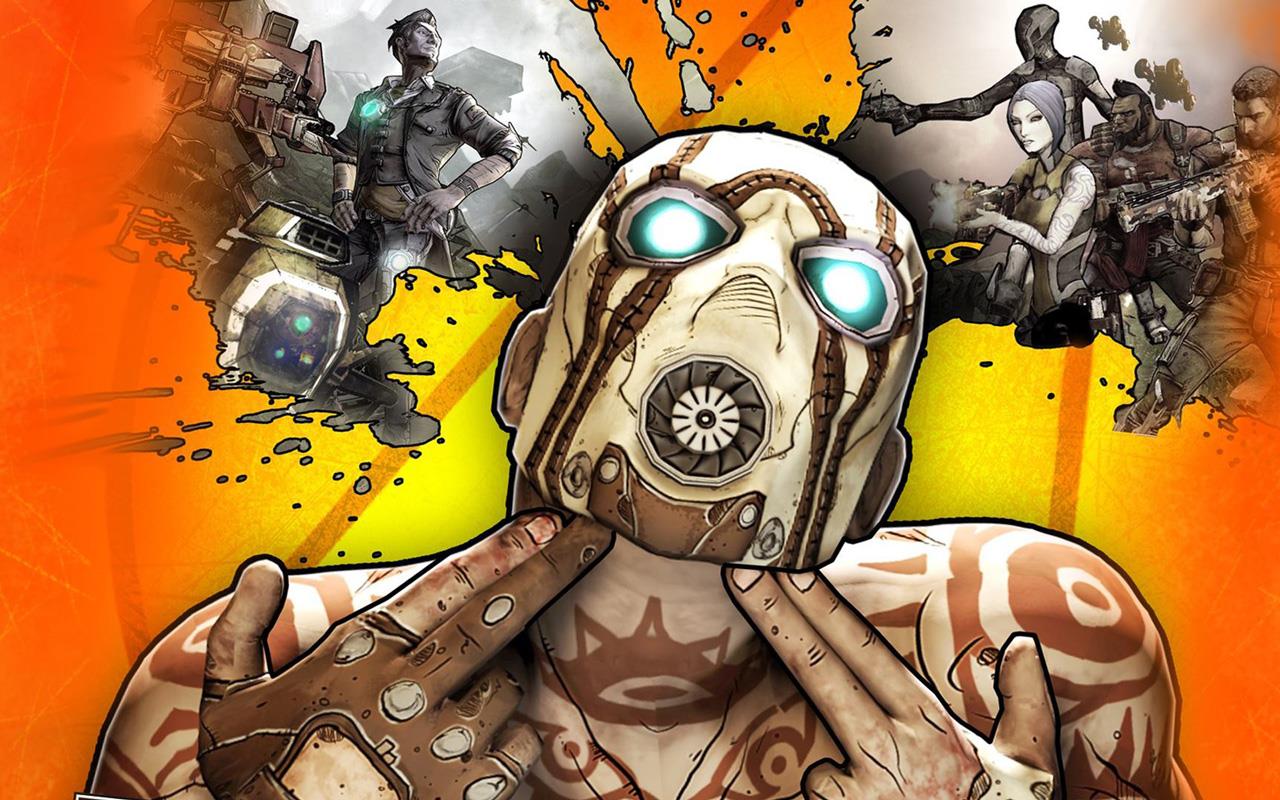 Russell Archey
Borderlands 2 - Granted, I could put any number of games here as I have over a dozen game systems hooked up at any one time. Yet Borderlands 2 is the game that I put the most time into in my spare time and the one I come back to the most. Maybe it’s the half a dozen characters you can play, with each having three skill trees so you can customize them how you want.  Perhaps it’s the awesome story of someone who wants to wake The Warrior in an attempt to cleanse Pandora of Bandits. Or maybe it’s because I only have four achievements left and they’re taking forever to finish up. Either way, I’ll be coming back to the Borderlands series for quite some time. Now, when are we going to get some new info for Borderlands 3? 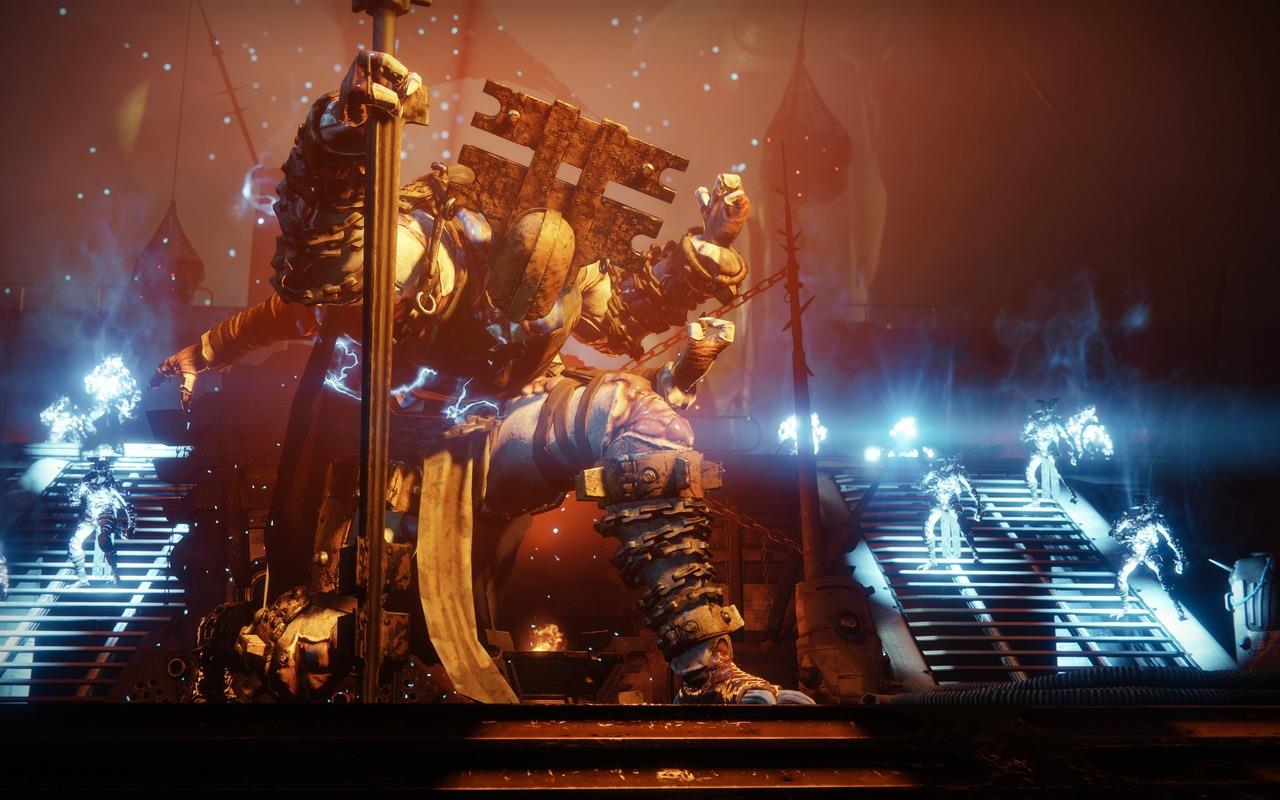 Zachary Atwood
Destiny 2: Forsaken - Destiny 2 had a somewhat rough year 1. It ran out of runway faster than expected and went through another famed Destiny "content drought." Year 2 brought a new expansion, Forsaken, and with it came some sweeping changes to the game. So far, Bungie's rework to some core mechanics and delivery of new content seem to have worked, as I found myself hooked on Destiny again. While the game still isn't perfect, Bungie is learning and iterating quickly, and rapidly approaching a point where the game might really hit its stride. 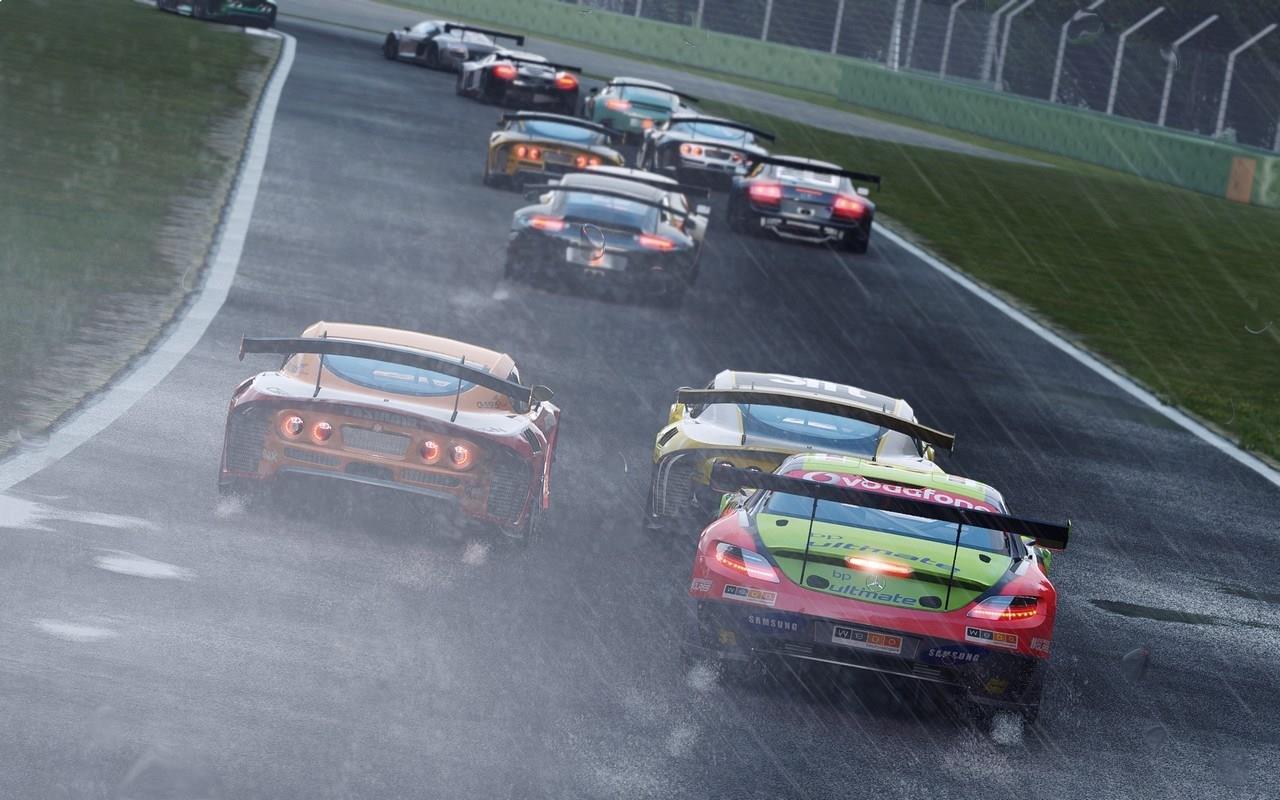 Dave Gamble
Project CARS 2 - Although recently supplanted by rFactor2, 549 hours spent in PC2 speak volumes to its appeal. What it lacks in the supple force feedback provided by rF2, Project Cars 2 makes up in overall quality, fit, and finish. After half a dozen patches, the AI has improved to the degree that I can only achieve middle-of-the-pack performance with the AI skill set to 100 percent, and most of the irritating bugs have been squashed, at least with regards to offline single-player, which is all I care about.

DCS World - I have been flying DCS airplanes since the release of the A-10C Warthog eight years ago. Had they stopped at the A-10, I probably would have moved on by now, but new airplanes and regions in which to fly them keep it very fresh, albeit at a cost. The incredible sophistication of newer planes like the F-14 Tomcat has led to higher purchase prices (the F-14 will go for $80) and consequently broken my habit of buying them all, but the F-18 Hornet is a pretty good consolation prize. DCS was also my sole outlet for the burning itch to fly helicopters, but that recently changed.

Aerofly FS 2 Flight Simulator - Yes, it's a comparatively weak flight sim if you care about ATC or other airplanes buzzing around the sky with you, but for easy access to non-aviators/simmers, it's a real treat. Fast to load, easy to configure, quite beautiful (at altitude) in flight, and VR-capable, it's an excellent go-to for fun, hassle-free flying. It also gets free DLC every now and then, the most recent of which was a payware-quality helicopter known as the Robinson R22. With the gift of the small, piston-engine helicopter with an amazing degree of reality, FS 2 instantly became my mainstay chopper sim, too. 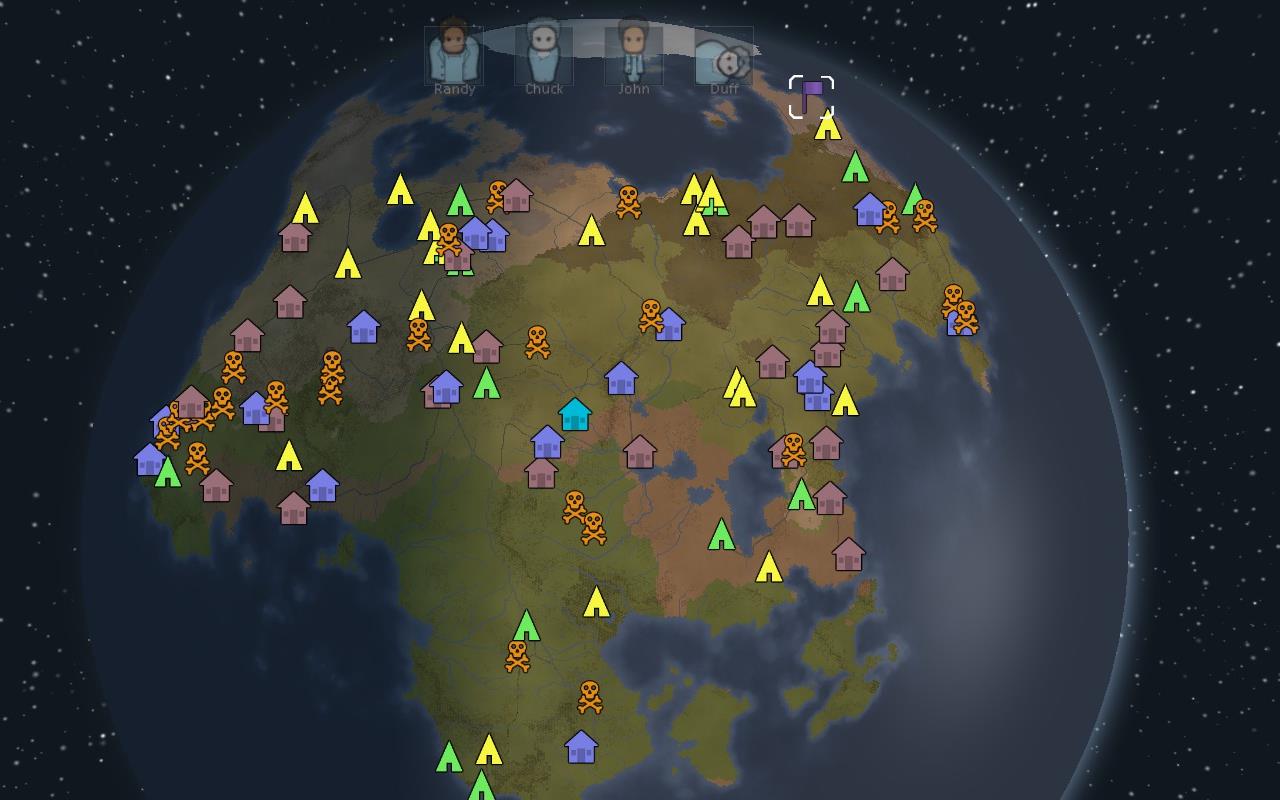 Randy Kalista
RimWorld - RimWorld launched this year to seemingly little fanfare, but it’s actually one of the top 10 user-rated titles across all of Steam’s 781 million games—and that isn’t an exaggeration. Me? I love RimWorld’s first hours, when my crash-landed survivors are flush with hope for the future, yet scraping by, living hand-to-mouth, trying not to set the whole place on fire from internal psychological stressors or external tribal raids from jilted ex-lovers. This one makes my Still Playing list because I’d been enjoying it during its stellar early access run.

XCOM 2 - As good as it feels to bring your crew back home alive, and as bad as it feels to miss those 95-percent shots—over and over—XCOM 2: War of the Chosen was the carrot on the end of the stick that I couldn't reach this year. Before I get the highly lauded expansion, I feel like I should play enough of vanilla XCOM 2 to deserve War of the Chosen. That may be a very unnecessary roadblock I’ve set up for myself. I want all the improvements War of the Chosen brings to the table: New friends, new foes, new Advent threats, new objectives in new environments, but especially new bonds your soldiers can share and propaganda posters you create that spread themselves out in the battlefields you fight over. There's a reason why "like XCOM but..." is acceptable industry-wide as a way to explain any new turn-based strategy games that come out. It's because XCOM does it better, and yet more frustratingly at times, than anything that's been out before or since. The suspense that hangs on every single shot can be unbearable, but XCOM earns every one of its stripes. 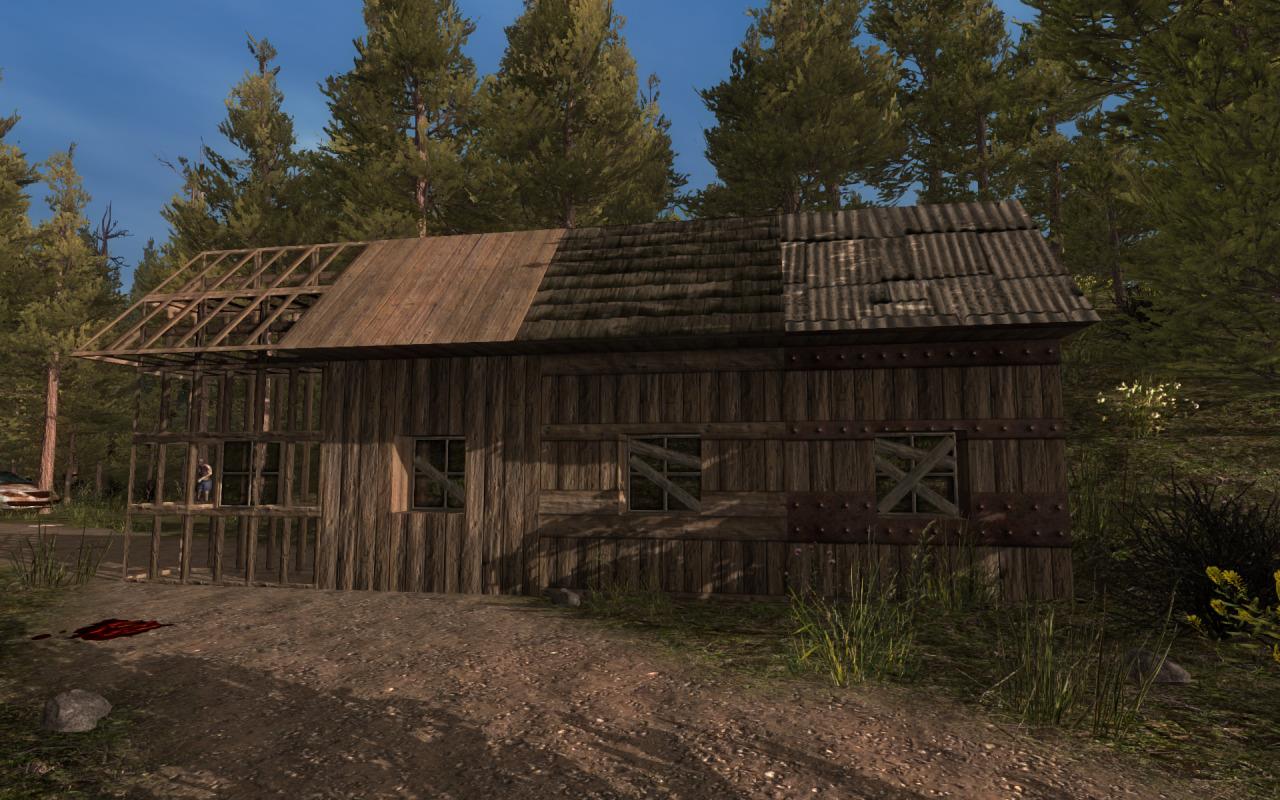 Dan Keener
7 Days to Die - I don't know what it is, but this game grabs me and hold my attention like none other. It is billed as a survival horror crafting game, and you know what, it really is. With elements of Minecraft, zombie slaying, tower defense, elaborate construction projects, and so many points of interest to loot, I keep coming back and plaything with John and Sean. Although it may get stale during an alpha build periodically (we are currently working through A17 experimental), we always seem to find our way back to start fresh when a new build is released. 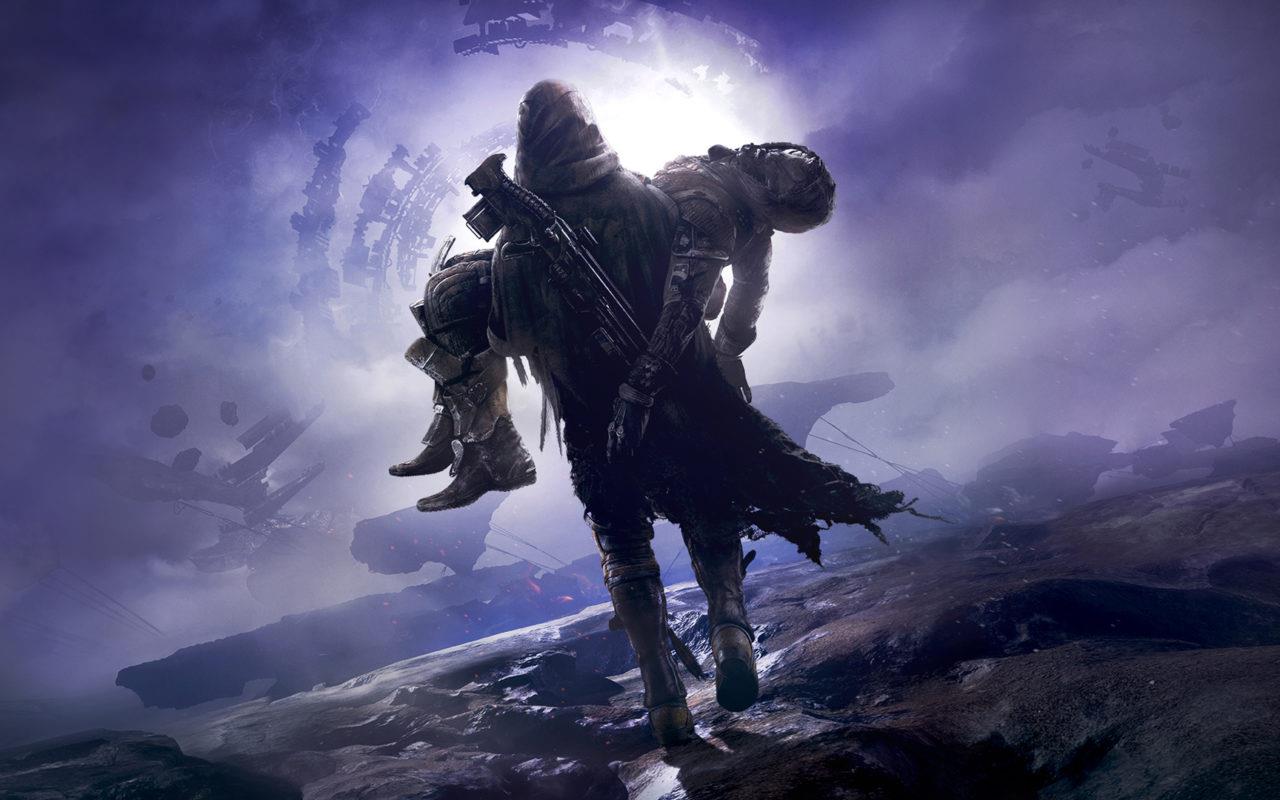 Rob Larkin
Destiny 2 - Despite the disappointment at the beginning of the year, I'm still shooting space bugs and chasing gear in Destiny 2. This has as much more to do with those amazing clan mates that would get me to pop on just for the fun of having a chat as it does anything Bungie actually managed to pull off. To their credit Bungie laid out a long roadmap that took months to execute, but with the Forsaken major DLC release, Destiny 2 is finally fixed. It's the game it should have been at release for no other reason than the hubris of a terribly misled studio. But there is now a ton of content, decent multiplayer, and a rewarding endgame to finally go with what was always there in the excellent gameplay and very good storyline. I'm back to playing Destiny 2 weekly, chasing bounties, and slowly ticking my light level up, but I think we're all going to be wiser and more wary around the inevitable and eventual release of Destiny 3. 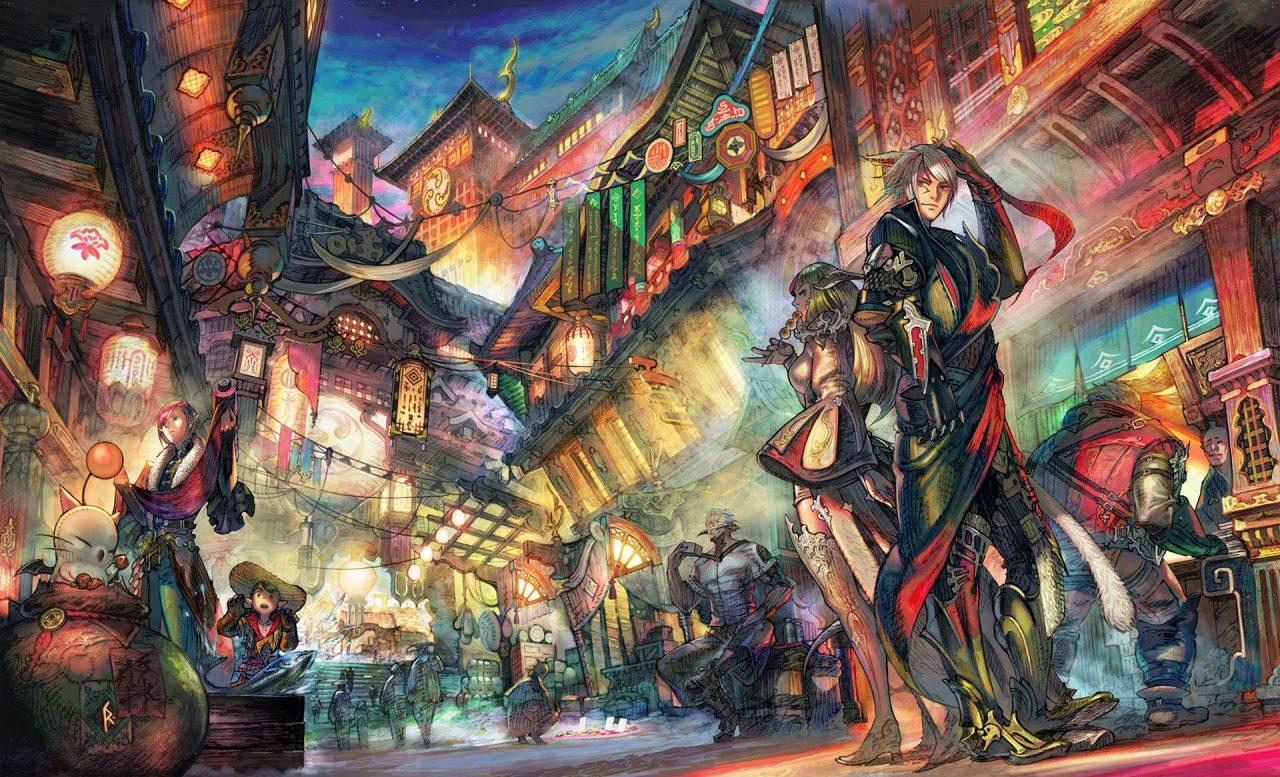 Matt Mirkovich
Final Fantasy XIV: Stormblood - Yup, five years strong and I'm still playing this MMO after its much needed relaunch in 2013. The patch structure has been a bit formulaic, and the dungeons are just rollercoasters, but it's still so damn fun. There is just way too much to do in this game. I could drop everything else and play this game solo and still have enough content to get through to last me well into the next year. The next expansion has been announced, so don't be surprised when I put Final Fantasy XIV: Shadowbringers on this list next year.

NieR Automata - Thanks to the Become As Gods edition on Xbox One, I'm back on with Yoko Taro's magnum opus. I won't rest until I've picked up every achievement across every version of this game and have committed that act in each title. Seriously, it's gone on sale enough times, if you don't have it yet, get it. Then go buy the soundtrack because it is one of the best video game soundtracks ever made.

Beatmania IIDX - Oh hey look, it's this game again. We're up to version 26 now, subtitled Rootage, and it's still the ultimate test of my skill as a gamer. I wish I had more time to play this, but traveling to an arcade is getting harder and harder these days. I still love the gameplay, still love the music, and it's only getting better. Find a Round 1 arcade and go try this one.