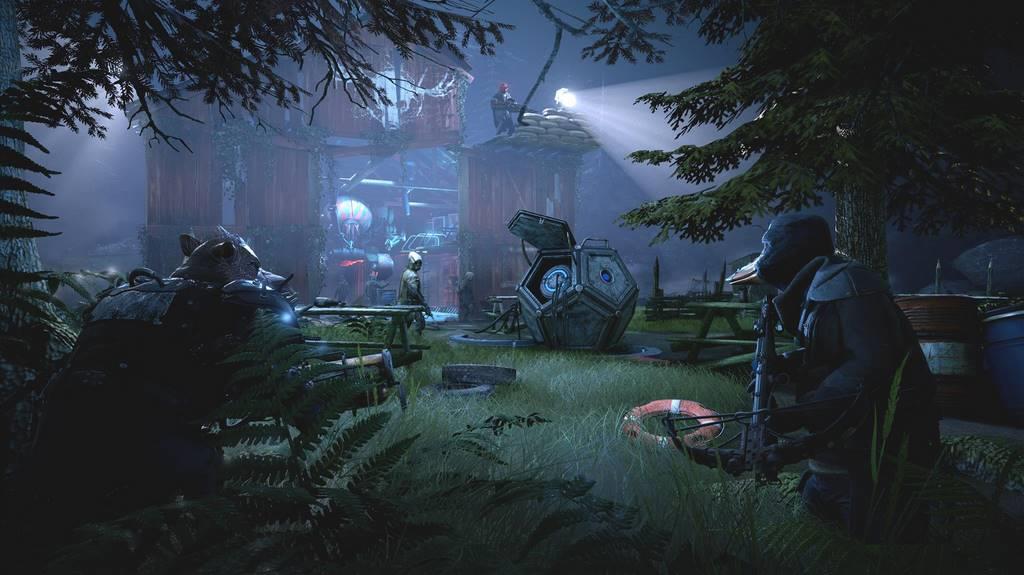 Cute anthropomorphic pigs and ducks who curse, kill, and eat people, a competent turn-based combat system with complex elements of stealth, pacing, and management, and an interesting world should make for a game that proves as good as its premise. For Mutant Year Zero: Road To Eden, it at least looks like it’s striving to be almost as good.

Based on a tabletop roleplaying that in total is over thirty years old, Mutant Year Zero: Road to Eden follows titular mutants in a post-apocalyptic wasteland populated my mutated animals, humans, and scarred from the wars that came before. Combining open-world exploration, a leveling system, interchangeable party members, tactics, and the other aforementioned aspects, Mutant is a game that requires you to think, most of the time.

The characters you control are Stalkers, mutants who venture out from a safe haven known as The Ark into The Zone (Stalker and The Zone are blatantly taken from Andrei Tarkovsky’s film Stalker, which I wish this game would have done more to properly reference and pay homage to, but enough of my tangential rambling). It is their job to search the Zone for scrap and neutralize any enemies that may threaten the Ark. It is from this formula that a story naturally unfolds, and your characters embark on a long journey to save the Ark from potential destruction, and find out where mutants come from.

With this approach, the gameplay takes priority above all else. Yes, the story is there, with cutscenes and objectives, but what’s nice about it is that it takes a backseat to what is the main draw. I wouldn’t normally say that, as I am usually pretty invested in a story in relation to my motivation for playing the game and continuing, but the story and the world are intertwined enough to let me let go. This approach has its downside of course, but I’ll get to that later. 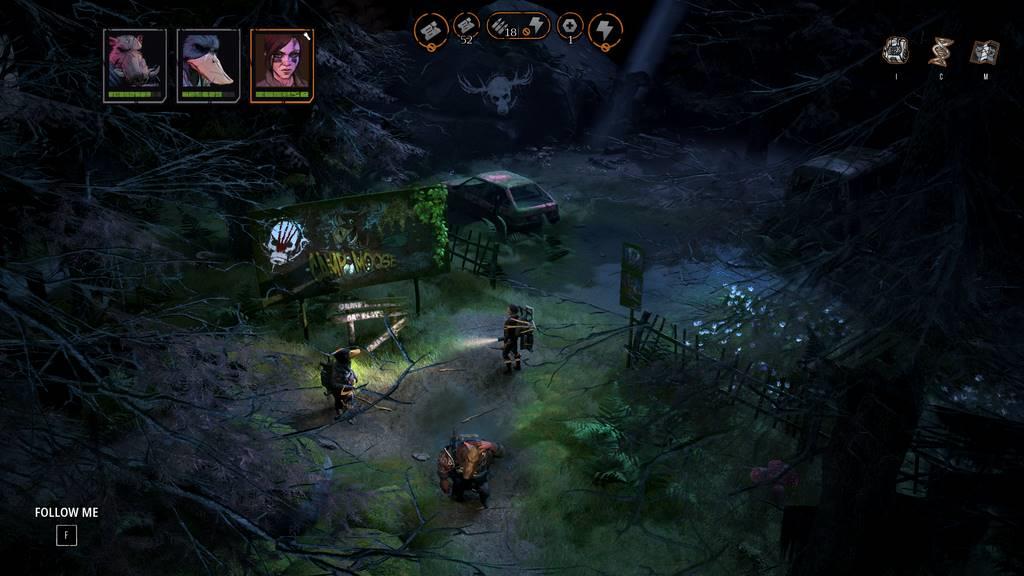 The aspect that I most appreciate in Mutant is that it makes you learn the mechanics and what works. Encouraging stealth, it is prudent of the player to take out stragglers when attacking large groups of enemies. The combat, while sometimes unforgiving, is fair. The player learns to arrange the party members’ various skills and mutations to a point where the tactics will play out in their favor. Have a tank that you want to bulk up and give a lot of damage to? Equip them with a skill that lets them eat corpses to gain health, prioritizing medpacks for the long-range or psychic characters.

The combat in this game is turn-based, with characters moving around in squares. This is something that I found immensely fresh, as it is a change to the usual approach of contemporary open-world games. Right from the beginning, the game sets the player up against enemies of higher-level, and throws them into the fray immediately. Sometimes the gambit turns out successful, sometimes it doesn’t. It is in these failures that the combat both shines and stutters. Most of the time the player can find their own way to attack and dismantle an enemy group. Sometimes it’s through repeated trial and error, others it’s a one hit wonder. I found that a few times during these would-be tense, logical combat scenarios, brute force was a necessity. This only happened a few times, but it was after my repeated attempts at tactics failed miserably. 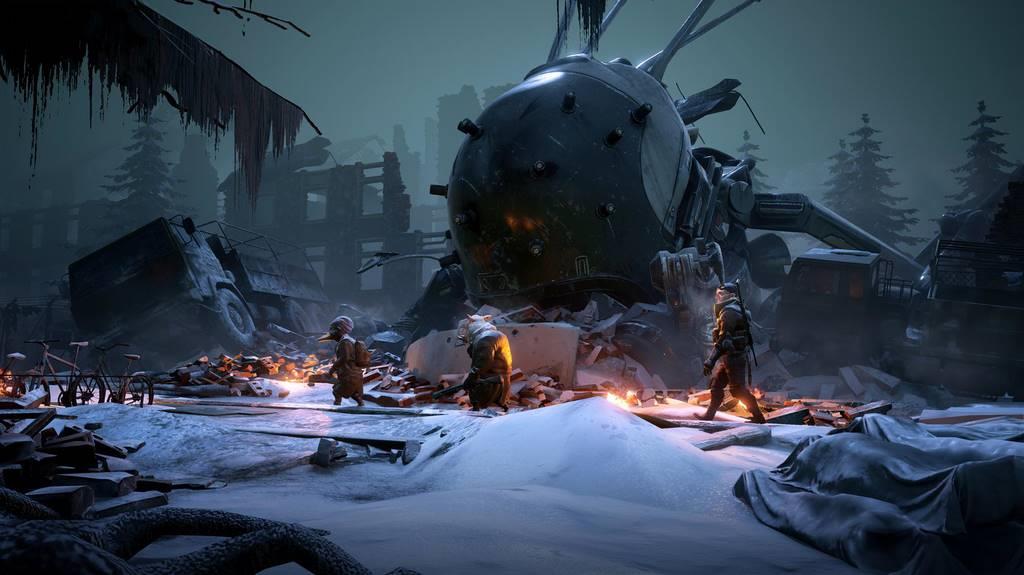 Enemies in this game come in all shapes and sizes, from organic fighters and brutes, to psychics and robots. There are all sorts of ways to take them down, but in a few specific situations, only one or two ways will work. There was one instance late in the game where I had to take out multiple high-level enemies, some of whom had patrols, others which were stationary. I tried multiple approaches, from setting up my characters in separate buildings overlooking the enemies, to grouping them together. What followed was a disastrous and hilarious walloping in which all my characters either died or became mind-controlled. Sometimes my party took out a majority of the enemies, sometimes we got wiped out in nary two minutes. I eventually found a way to overpower the situation, but it was in a way that not nearly as tactically minded as my previous approaches. My team was out in the open, either in a free-fire zone or behind scant cover, but it worked. It is these situations where Mutant falters, but does not completely trip on its face. It doesn’t break my bond with the game, but it is immensely frustrating that the game sometimes filters out all other tactics in favor for something completely opposite.

Accompanying this is a nifty crafting and upgrade system for guns and stats, which players go to the Ark to purchase with scrap or old world artifacts. Constantly improving weapons is a must, and I found the management of such, with the finite resources at my disposal, to be challenging, but almost fun. The weapons in this game are varied to a great degree, and while equipping the right characters with the right guns and grenades is essential, I found that the more damage, critical chance, and range it had, then the better off I was. Usually, there are a set number of weapons with high amounts of those numbers, and I found myself switching out characters with those specific weapons frequently. So, in one fashion, the weapons seem to provide different functions, but in essence none of them are very diverse. For example, there is a class of weapons that form some of the highest stats in the game, but none of them have the range of say, a sniper rifle (I only found assault rifle, shotgun, and pistol variants of the weapon type, so please bear with me if someone else found something I overlooked). So for my characters with better range, I had no choice but to equip them with these types of weapons, rather than play them the way I wanted. It just clashes with me on an internal level when I have to equip a character who is designed as a sniper with an assault rifle, just because of the damage. 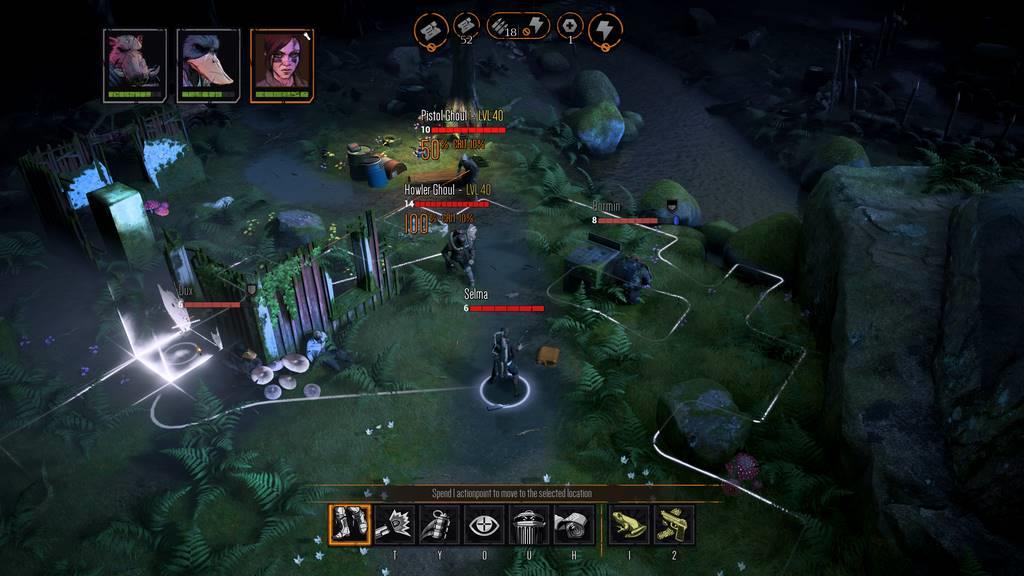 But after all that is said and done, the success of each combat scenario comes with a major sense of relief, knowing that the player has won against the odds, and all because they’ve learned from what’s come before. The other benefit that comes with finishing battles is exploring Mutant’s solid world.

As I said earlier, the game unfolds the story. This is very much the case with the world-building of Mutant Year Zero. Notes, artifacts, visual presentation, and the writing and performances of the characters bring the world to life in a charming way. That, combined with the grittiness of the people inhabiting the Zone, make for a unique tone to the game. But as the game reached its end (earlier than I expected, by the way), I couldn’t help but feel like the game was lacking a proper conclusion. Objectively, this is not a sentiment, this is a fact. The game ends as the characters learn the truth of the world, and then it goes to credits. The way I describe it sounds clean, but that’s because I don’t want to explain what actually happened. To give the player this potentially world-changing information on top of all the engaging gameplay and worldbuilding that has come before, only to swipe it all away, isn’t what I was looking for, and left a sour taste once the credits started rolling.

Mutant Year Zero: Road to Eden packs interesting combat, open world exploration and lore, and numerous systems that have the player invested in what their characters, but it ends on too early a note to really have any impact.