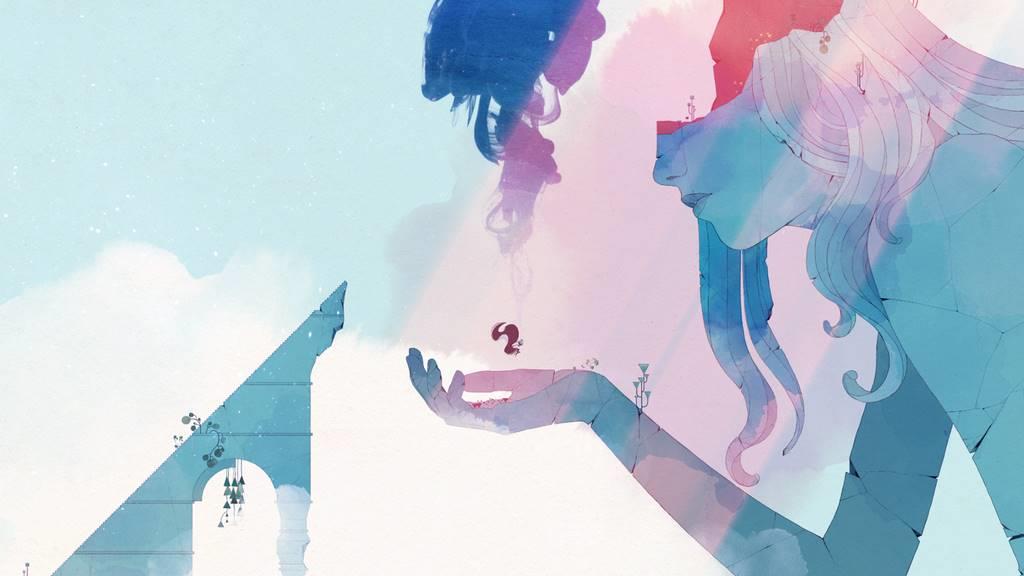 “Gris” is the Spanish word for “gray.” And you didn’t ask, but gray is my favorite color. Though smartypants artists, or even a kid with crayons, will be the first to remind me that gray isn’t actually a color. Gray is a color without color. Gray is merely the midway point between black and white--and black and white aren’t colors either. Asking if gray is a color is asking the wrong question, because gray is about reflection and light, not some pinpoint on a rainbow. Gray is neutral. Gray is achromatic.

But Gris is a game about color, in the way that there wouldn’t be darkness without light, nor light without darkness, yadda yadda. For those of you willing to pack your bags and go on a journey filled with metaphor, then Gris is your ticket to ride. If exploring the intersections of symbolism and gameplay aren’t your thing -and that’s okay if they’re not- then Gris isn’t necessarily your poison, but it won’t be your antidote either. But if Gris is nothing more than yet another pretty puzzle-lite 2D platformer to you, then you’d still be getting a very good version of just another one of those.

Gris is a platformer, you could say. There’s some running and jumping, some getting from here to there, but that’s just the vehicle for Gris’s journey. The journey of a girl who, within the game’s opening moments, has the rug pulled out from under her. A world filled with song, light, and warmth is usurped by screaming, darkness, and apathy. At first, as this girl that’s lost her voice, you can barely stand, let alone walk. Head drooping, blue hair hanging in front of her face, just remembering to breathe feels like a struggle.

And then you can run again. And then you can jump. And then you can climb those stairs and slide down those ramps. It’s never a harrowing tale, but it’s a tale met with diversity and conflict. Where inky blackness and wearying gravity wage war with sunny brightness and feathery flight. Tree branches grow upwards in menorah-like shapes and rocks break off and reassemble into crystalline figures. Windmills and delicate Taj Mahals wind upwards or reflect in pools of water. Forests rise and fall on sketchy hillsides, caverns widen and shrink between grottos and tunnels, and waterfalls fall up as often as they fall down. The shifting palette of watercolors blot and bleed on the page to shift the ambient temperature, letting darkness in, or ushering out the light. 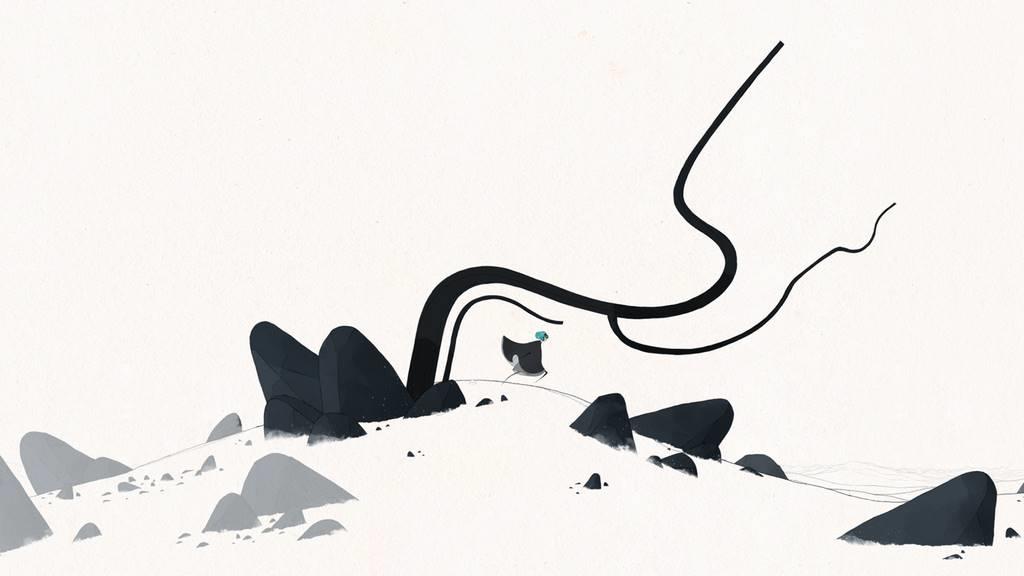 Gris is a patient and well-paced teacher. The game gently introduces a gameplay mechanic, like jumping and soaring, then lets you play with that mechanic for a comfortable length of time before smartening you up with a gently increasing difficulty. Gris isn’t trying to be difficult, though. I got stumped a time or two, but never for too long, and I’m usually more than happy to walk away from my computer in a huff if I think a platformer is being ridiculous. Gris is never ridiculous. It’s not childlike, but it never ramps itself up into being a harsh taskmaster either.

Gris also keeps pointing you in the right direction without having to signpost it. You leap around, searching for a few deliberate motes of light that open doors to new areas. You learn to swim and to fly, to get a lift from a flock of butterflies and to spelunk through caves by the light of bioluminescent algae. Almost everything in the world of Gris is there to help you in some way, which makes the moments you face off against the bad guy all the more startling when it happens.

You can call the bad guy your fears or your failures. The bad guy can morph into your apprehension or your sadness. In the shape of an ominous black bird, it can scream at you with the force of a sandstorm, or stomp towards you with the weight of an elephant. You can resist, but resistance takes other shapes besides fighting. You’re not going to brawl with your depression anymore than you’re going to punch your life back together. Gris isn’t that type of game. Sometimes you have to run. As fast and as far as you can. And when the coast is clear, you can go about the business of putting the pieces of your life and love back together. Go back to finding the pieces of the hand that raised you. Return the voice that was lost, so that her attempts to sing are no longer cut off by chokes and sobs. 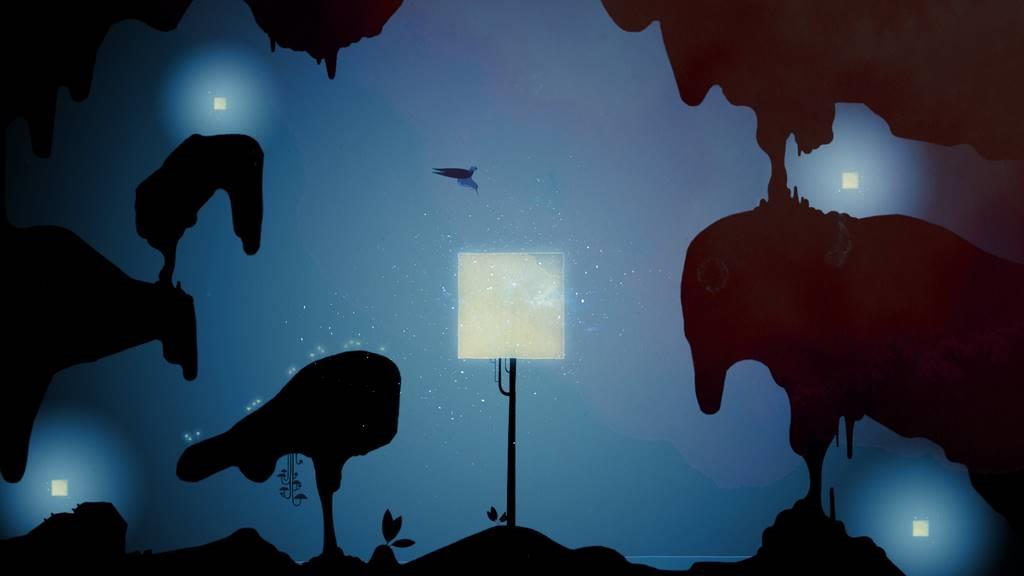 The architecture slowly makes itself apparent in the way it keeps you, with a gentle hand, headed in the right direction. Sometimes your path doubles back on itself, but not often. More often, you head out on the spoke of a wheel, leaping and soaring and stomping over bridges, across chasms, or through floors, which then eventually wrap you back around to a hub growing in color and light. I got lost a couple times, but never for long. The geography and architecture will often keep your travels orderly, without making you feel like you’re just pushing the X and O buttons in a defined sequence. Most of the time, I felt like I was bravely plowing forward, blazing my own trails, when, if I thought about it for a moment, I would realize that my confidence was being built by skillful, competent game designers.

You can make reasonable comparisons to Journey while you play Gris, it’s okay. The hommages Gris pays to Thatgamecompany’s 2012 work of absolute art are heartfelt and welcome. The cloak the girl wears in Gris flutters and circles about her waist like a blossoming flower, with the folds of cloth falling like Journey’s richly embroidered cloaks. Her hair flies up, down, forwards and backwards according to her trajectory, like a miniaturized telling of Journey’s scarf that cascaded in the wind. Even her arms and legs, drawn to a point, have her delicately balancing like the head of a pin on whatever surface she steps on. 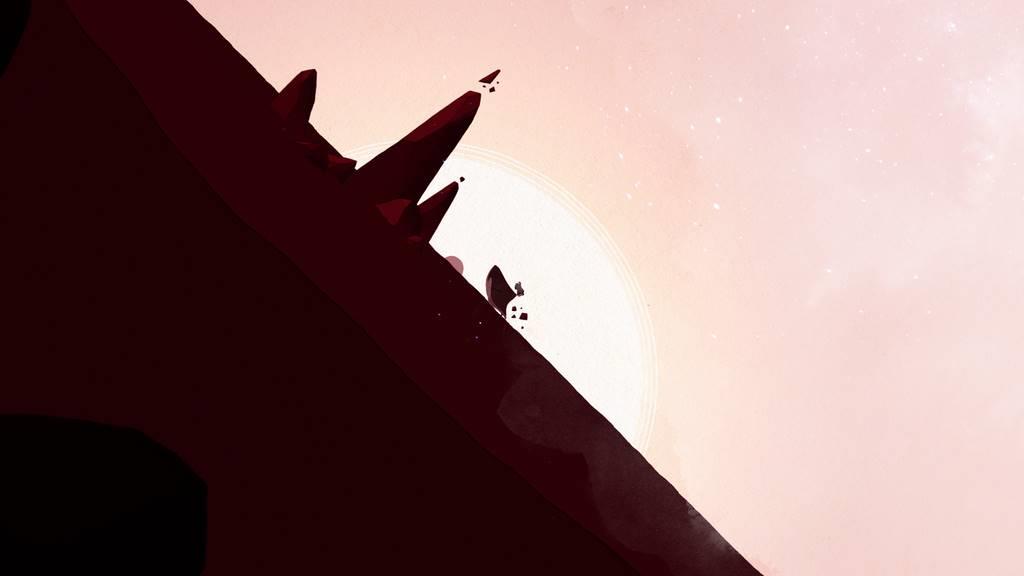 The girl’s natural grace and organic twirling nature still fits in wonderfully with the geometric minimalism of the land she travels. The buildings are assembled with thin lines of pen and ink that exude a delicately drawn strength, often cracking and crumbling with decay. Surprisingly, the natural elements, like the rock formations, plantlife and animal kingdom seem to seek out some kind of orderly design in their shapes and desires. Circles, squares and triangles feature prominently in their geometric and concentric purpose.

Please don’t let me go any further without complimenting the soundtrack. Assembled by Berliners, a dreamweaving band also from Barcelona, Spain--same as the game’s developers, Nomada Studio--Gris’s soundtrack pulses in and out of your consciousness with airy synths and REM-sleep plinks of piano keys. Berliners keep their instrumentals afloat like fluttering eyelids, but also knew how to get brazen when Gris brought an enemy onto the screen. 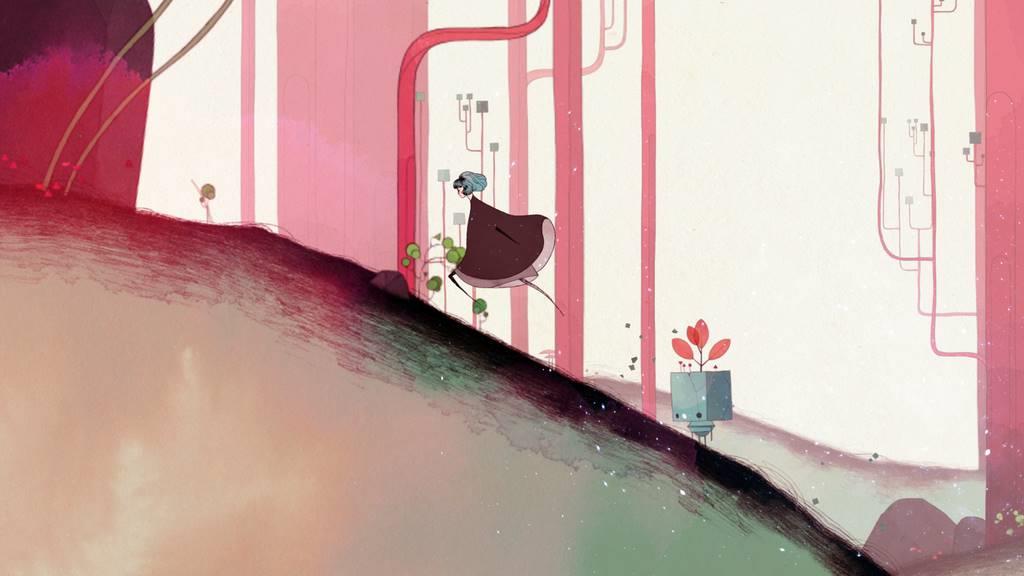 Gris strives to give me a path to inner acceptance and peace, but it doesn’t completely break through my veteran calluses. I can see and empathize with the girl’s tears, though Gris doesn’t make me shed any of my own. And Gris wants me to see how interwoven my own path is in life, back and forth, building upon itself, growing up and maturing. While I like every step it takes in showing-not-telling me those things, I’m not going to sit here and say my world has changed. But Gris is still a very good one of those games that aims for that. I’m not trying to take it down a peg. Gris raises my expectations of the stories that can be told with good old 2D platforming, especially those who let their art hook you but allow the quiet, unforced story to reel you in. Gris isn’t a complicated story. It’s more of a canvas to let you paint your own. While it's a story told across a spectrum of color, at its heart, Gris tells its story at the midpoint between black and white. Gris appears in reflection and light more than it appears somewhere in the rainbow.

Beautiful 2D platformers are practically a meme when it comes to indie game development, but Gris still rises above its contemporaries. Artful in both its watercolor design and broad-strokes storytelling, Gris is a gentle reminder that good puzzle platformers can make you feel smart without smarting, and that being succinct is not a bad thing, especially in the current culture of exhausted replayability.