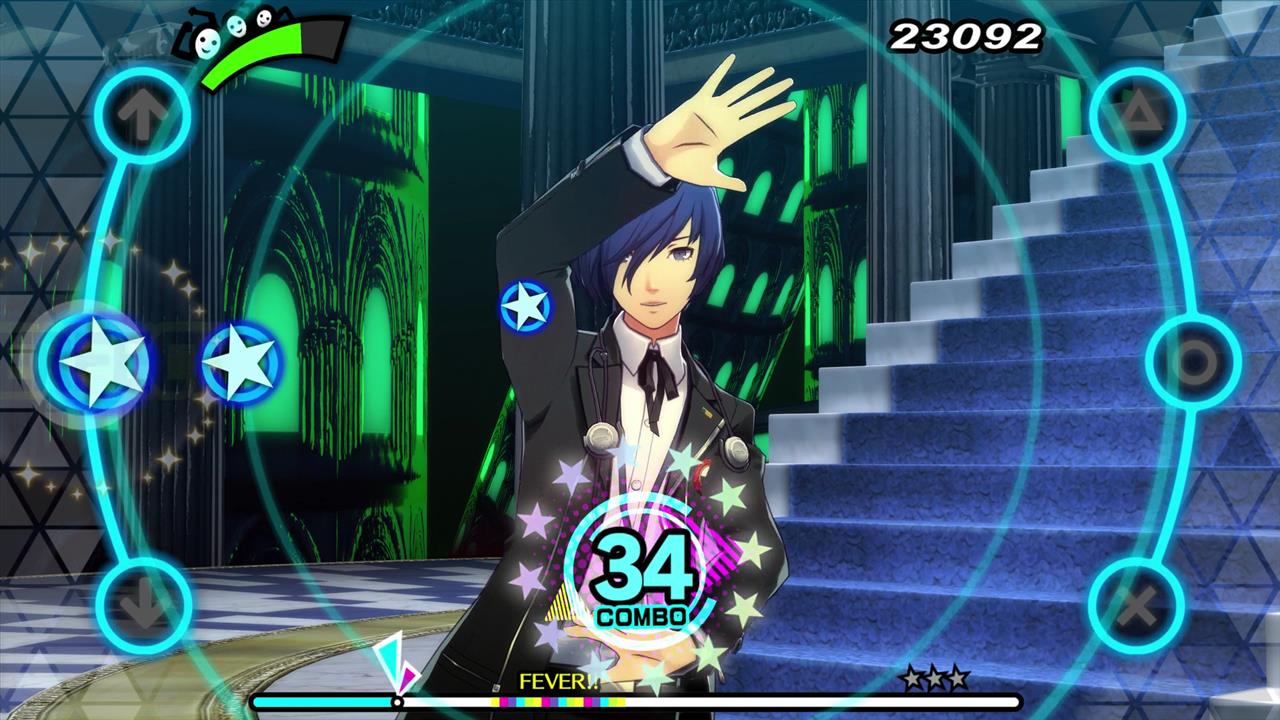 Oh Atlus, you guys sure do know when you’ve got a hit on your hands. This time the casts of Persona 3 and Persona 5 take the stage to set the dance floor ablaze in a follow-up to Persona 4: Dancing All Night that’s heavy on fanservice, has a few cool tunes, and still remains a mildly frustrating music game that has received a few upgrades to take that edge off. Curiously though, this is a split package, on the one side you’ve got Persona 3: Dancing in Moonlight, and on the other, Persona 5: Dancing in Starlight. Unfortunately what this does is split a lot of the effort in to what matters most for these games, the music, by which pretty much all rhythm games live or die.

So in the three years that have passed since the last Persona Dancing title, it seems like Atlus took some of the criticisms to heart, which the Phantom Thieves promptly stole. One of my chief complaints with the first title was the unwavering difficulty that made it almost a chore to pass any song regardless of difficulty setting. It was possible to play a song perfectly, but if the last two or three notes were missed the whole song could be failed. That’s still an issue here with Starlight and Moonlight, but there’s also an unlockable option that changes the meter so that it starts out at full, and will decrease when notes are hit with a Good or lower rating, and so long as there is meter remaining at the end of the song, you pass. This makes things much more tolerable when it’s unlocked. For the most part the game seems a lot more receptive to players using the support or challenge modifiers and rewarding players appropriately. The only thing that suffers from too many support modifiers is the score, but that can be balanced out by using some of the easier challenge modifiers.

Another thing I’m not thrilled about with these games, there is also the distinct lack of a story. Where as Persona 4: Dancing All Night involved the Shadows and the TV World, Starlight and Moonlight are a much more lighthearted affair. The antagonism comes from the masters of the Velvet Room, Elizabeth from Persona 3, and Justine and Caroline from Persona 5, they have drawn their respective heroes into Velvet Room to put on a show that would rival what Margaret witness three years ago. Don’t try to think about it too much, I didn’t,  instead I was soaking up the fanservice of both games. As I completed the required goals, the social links between Ren and the Phantom Thieves (and likewise Makoto and the S.E.E.S members), would become stronger. This in turn unlocks more costumes and accessories to decorate the dancers with, some of which are references to very obscure jokes, like the Jagariko potato snack in Japan that had commercials that featured Persona 5 characters and their voice actors. So when you see that giraffe head accessory, you know what that’s about. 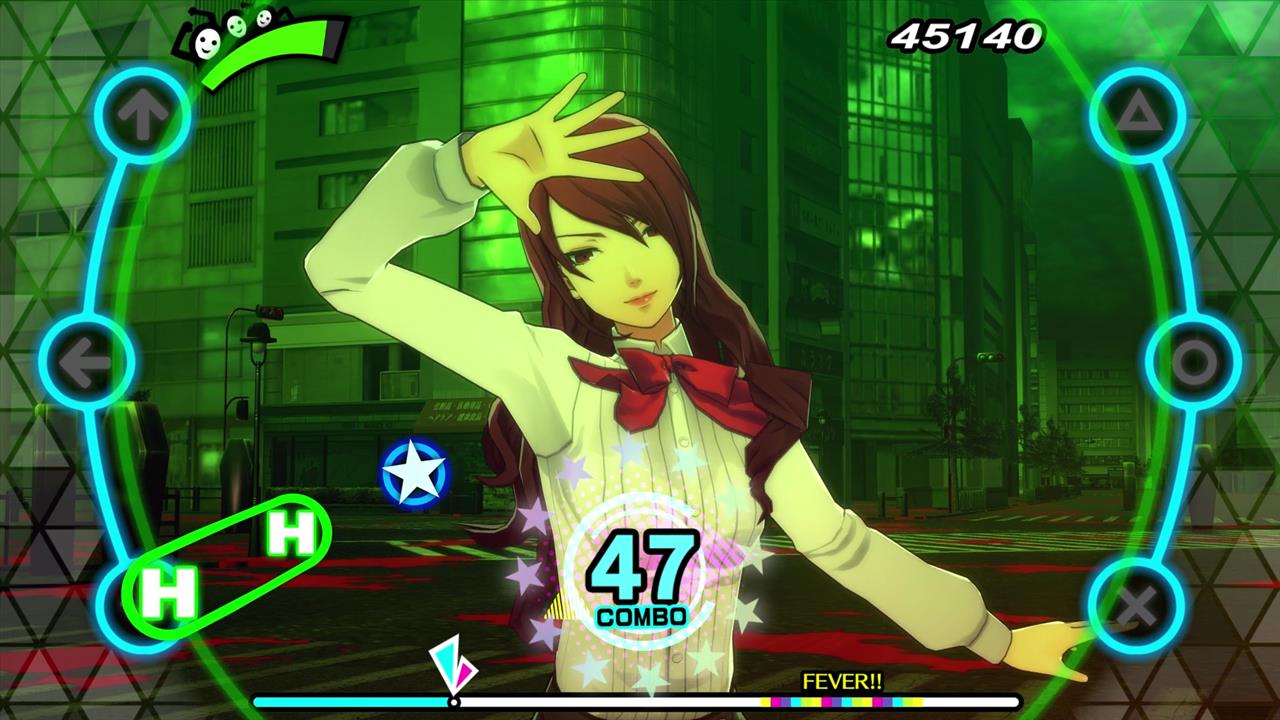 So how does it all sound? Well, it’s kind of a mixed bag. There are some certifiable bangers in here to be sure, but also a couple of dud tracks. Atlus picked out some heavy hitters to do remixes for this game including ☆Taku Takahashi, Tofubeats, Hideki Naganuma, and Yuyoyuppe to name a few. But for all the good remixes, there are some tracks that are simply not fun, and they tend to be of the rock variety. There are also a lot of in-house remixes that fill in the middle of the tracklist along with the original versions of some songs. Overall there’s more good tracks than bad and they are adapted from Shoji Meguro’s work competently, and between the two games there are fifty tracks before DLC, so twenty-five to each title. Persona 4: Dancing All Night launched with twenty-eight songs, so it feels a little cheap to get less content per game, especially since there’s no major central story either, just a whole lot of costumes, and I’ll admit, some amusing social link cutscenes. The game also features dual language audio, so people who prefer the Japanese cast are not left wanting. 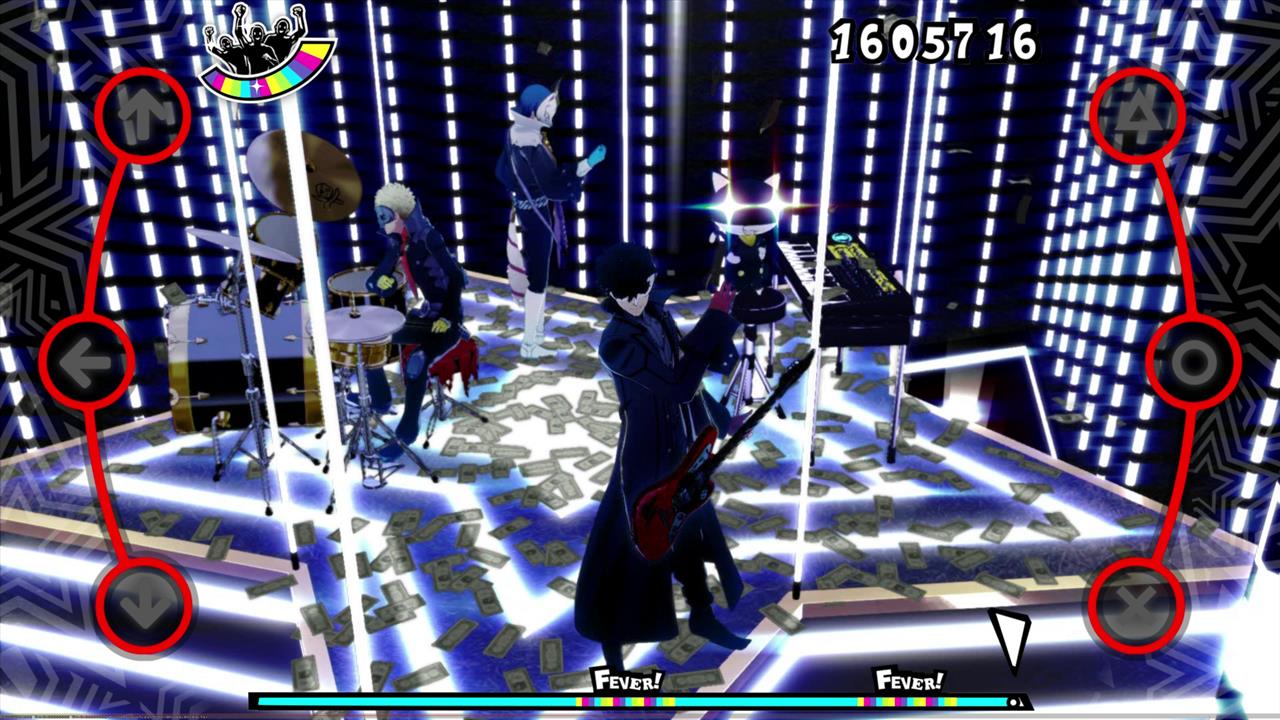 While these might be the last games on the PS Vita, they prove that in the right hands the console is capable of putting out some really impressive visuals. If anything it makes me pine for a portable version of Persona 5, and a remaster of Persona 3. The character models contain tons of detail and superb animations, and the stages are colorful and ooze style respective to their games. Stylish is the perfect word to describe both of these games.

Your enjoyment from these games is predicated on two things, how much do you love Persona as a series? And how much do you enjoy rhythm games? For me, this is like a match made in heaven, and while I enjoyed both games, I hate that they are a split package. Considering that the stories are loosely intertwined, it’s a pain to hop back and forth between each game. But on the flip-side I love playing these games on the PS Vita, the screen is the perfect size for the UI, and with a good pair of headphones this game sounds great, plus there’s no input lag. Ultimately both games are a fun romp, and if you’re a fan of music games like me, you’ll appreciate the challenge, and find amusement in hearing Miyuki Sawashiro belt out songs as Elizabeth.

It's actually really hard to pick between the two which might be a better game, but for me, that Last Surprise remix in Dancing in Starlight really steals the show.