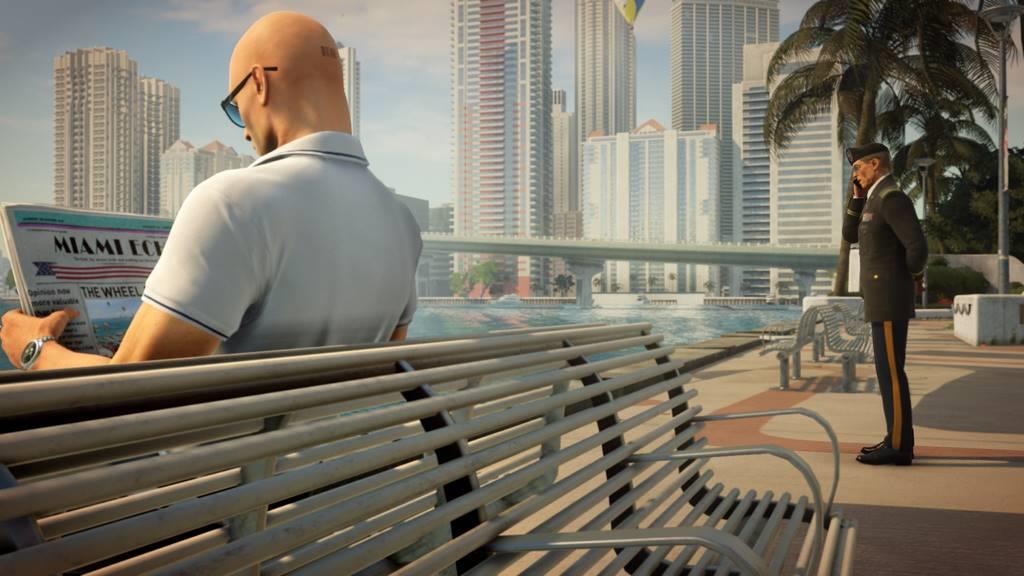 The 2016 reboot of Hitman was my game of the year. Despite the episodic format the game was still packed with content. It was a return to the Hitman that people were clamoring for since Blood Money. It was about getting in, taking out your targets and getting out before anyone even knew what happened. To top it all off, the game offered a ton of replayablitity where you could play missions hundreds of times and they would play out different each time with the various ways to eliminate your targets. Now Agent 47 is back with Hitman 2 and it's every bit as great as it's predecessor.

I think that calling this Hitman 2 is a little misleading. While the game does feature a number of updates and new features, the gameplay is almost identical to the first game. This is more like a Season 2 for Hitman as it adds six new locations and continues the story of the last game. This time around Agent 47 and Diana are working on taking down the elusive "shadow client" while working for the shady twisty mustache villain organization "Providence". Throughout the game Providence will send Agent 47 around the globe to take out targets that are part of the shadow clients militia in the hopes to draw him out along with recovering Agent 47's missing memory of his childhood. Without giving away too much, the story, like the first game really isn't much to write home about. There are twists and turns but let's be honest, the story isn't really what a lot of people go into Hitman games for. What is disappointing is that this time around the story is told only through still images instead of CGI cutscenes like the previous game.

The objectives in the game are the same as the first. You start off the map in a preset location and have to eliminate your targets. Now go. Patience is needed here as you are going to need to watch guards, targets and other NPC's to make sure you aren't spotted when sneaking around the area. If you wanted you could just go in guns blazing but doing so will mean you pretty much get a crappy mission rating and won't gain any unlocks afterwards. By completing each mission and challenges, you earn a ranking which unlocks more gadgets, outfits and starting locations for future mission replays. 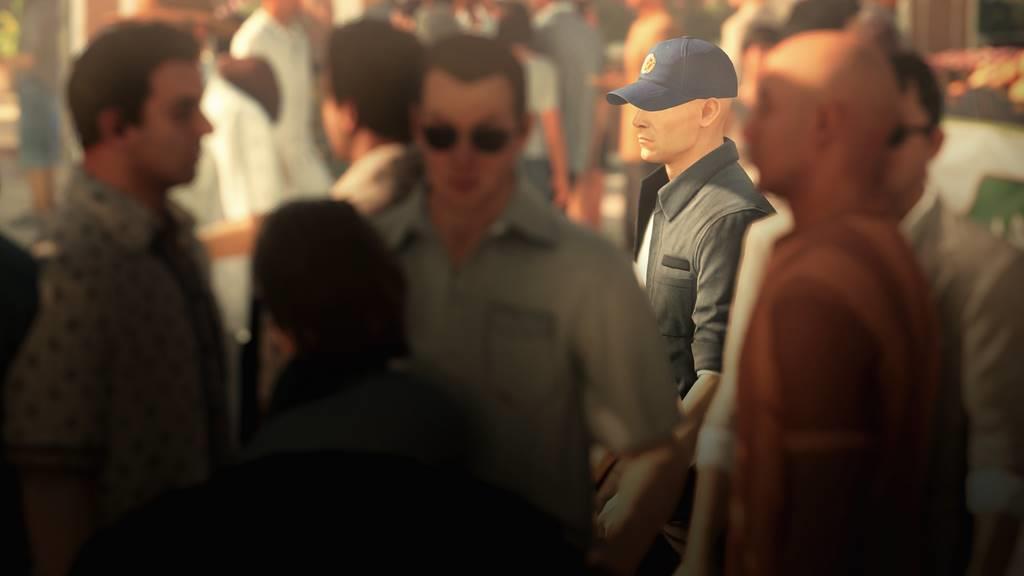 Since this is Hitman 2, there are a number of upgrades to take into consideration as well. A new feature allows you to blend into crowds, which is a great way to keep an eye on guards and think of a gameplan if you need to sneak into a location. This is also a great way to hide if you are spotted. There is also a new picture in picture feature. Now you will get a picture and picture notification when important things in the world happen such as bodies being found, or which NPC was alerted by any of your distractions. Video cameras also play a bigger role in this game as well. Now you can see the grid as to where the camera is pointed and will get a picture in picture notification when you were recorded by the camera. If you commit any illegal or suspicious activity within the cameras line of sight, your cover will immediately be blown and the authorities will be sent to investigate the scene. One of the other new additions is the long awaited return of the briefcase. The briefcase can be used to smuggle in illegal items such as guns and explosives and can also be used to smuggle in big guns like a sniper rifle around the map as well. The briefcase can also be used as a weapon or can be used as a distraction. If a guard sees the briefcase, they will take it to a secure location like they would if you leave guns lying around. One of the biggest strengths of these Hitman games is that they don't take themselves seriously at all. Despite the story and the reason for taking out your targets being very dark at times, you can still eliminate your targets wearing clown outfits or pink flamingo mascot outfits.

The greatest strength of Hitman 2 is the near endless amount of replayablitiy. Technically if you wanted to you could blow through all of the levels and "finish" the game in an hour or so, but you aren't meant to play through each level only once. The game even specifically says that you are meant to play through each level multiple times. As with the first game, each level in Hitman 2 contains a large plethora of challenges to complete. There are a number of cinematic story assassinations available which require Agent 47 to acquire various costumes in order to get one on one meetings with targets. These are some of the most fun assassinations in the game as these ones usually lead to rather hilarious "accidents" such as a target falling into a hole that's being filled with concrete, accidentally being shot by their own drones or by them "falling" off of a high rise. Of course there are other ways to eliminate targets as well such as poisoning their drinks, causing explosions or by using the good old fiber wire. There are also a set number of harder challenges including playing on the hardest difficulty, doing the entire mission in your suit, no disguises, no witnesses or bodies found and all recordings must be destroyed as well. Unfortunately, unlike the first Hitman game there are no escalation missions which tasks you with eliminating a target with increasing difficulty for each try though these will be coming at a later date. 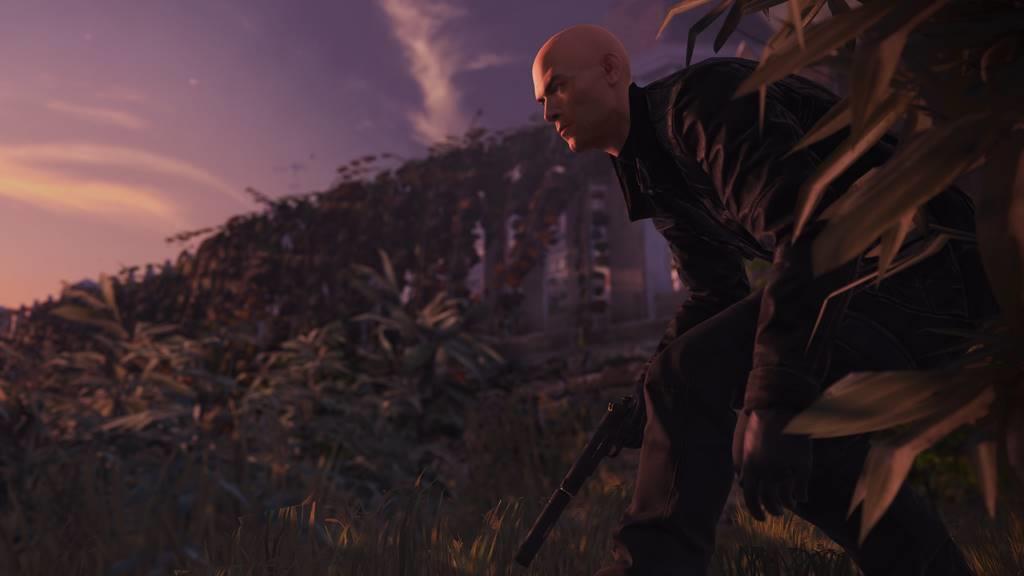 Another positive is that if you own the original Hitman then you can download the Legacy Pack which will allow you to play all of the Season One content within Hitman 2, which will be the home of all new Hitman content going forward. Even though you may have gone through all of these missions a bunch of times before, it's worth playing through them again because all of the Season One maps now contain all of the Hitman 2 upgrades such as crowd blending, new enemy AI, new camera system etc. I played a couple of these missions and they work really well with the new Hitman 2 mechanics aside from some weird issue with the lighting on some of the maps where an area will be darkened until you walk near it and then it will light up. It's a minor issue but something worth mentioning.

Hitman 2 also features two new game modes Sniper Assassin and Ghost Mode. If you pre-ordered the game, you have probably already played the Sniper Assassin mode. Instead of walking around the map itself, Agent 47 will be perched on a high spot overlooking the map. Targets and NPC's still have their own routines that you need to be cautious of when trying to take out targets. The mode still features all of the same challenges over the top eliminations as the normal mode such as being able to drop a chandelier on a target or by blowing them up by shooting at a gas tank as they walk by it. The mode is fun and is a nice break from the normal missions and of course there is reason to play it multiple times to complete all the challenges. 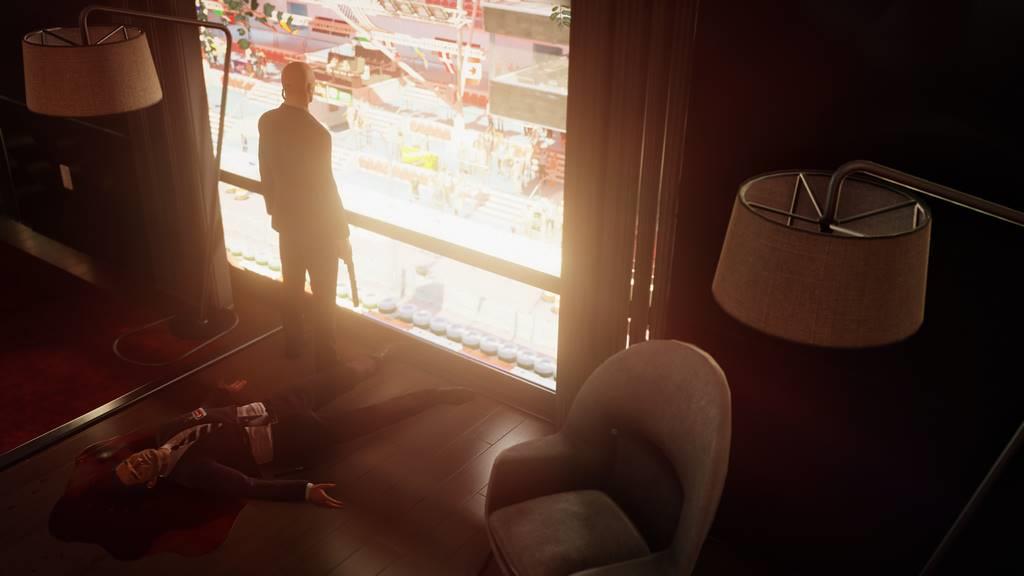 You can also play the mode with a friend as there is a two player co-op option. If you are playing with a friend, communication is key as a single missed shot can alert all the guards and send the targets fleeing for the exits. The other new addition is Ghost Mode where you compete against another player to eliminate five targets before they do. You can see your opponent but each player is in their own independent world so you don't have to worry about what they do in their game and vice versa. Targets have to be unspotted assassinations and the body can't be found either. If the body is found the target disappears and you have to wait for a new one. You will also lose points if you kill non targets. There are also numerous chests around the map that contain weapons and new disguises to help you out as well. The most difficult part is if your opponent eliminates a target, you only have 20 seconds to eliminate yours or they disappear. This can lead to some incredibly difficult situations where your target will be hanging around large crowds or if they are followed by body guards. The mode is also only playable on a single map which is the Miami map.

Hitman 2 doesn't re-invent the wheel in terms of Hitman games but that's fine because there is no need to fix what isn't broken. Hitman 2 is a ton of fun with almost infinite replay-ability and the new changes and updates are absolutely for the better. Hitman was my game of the year for 2016 and as of now it looks like Hitman 2 is going to be my game of the year for 2018 and I am so excited to see what new locations that Agent 47 will be traveling to in the future and what targets we will be eliminating in the years to come.

As with the 2016 reboot of Hitman, Hitman 2 is one of the best games of the year and is so far my personal Game of the Year.