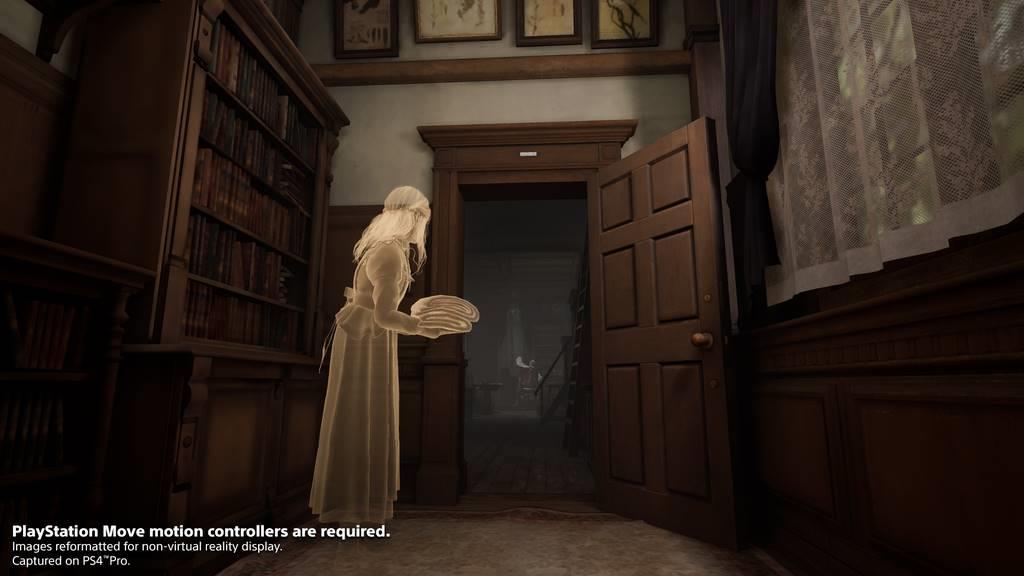 My PSVR headset has been gathering dust lately. Nothing has really interested me in Sony’s VR peripheral, but then this week I received a hotly anticipated title by From Software. Titled, Deracine,  which, going by the pedigree, and the memes, one would expect this game would be the Dark Souls of VR right? Well, it’s not the Dark Souls/Bloodborne/Demon Souls of VR, it’s actually something quite different. It’s a puzzle game with a mysterious story tied to the world of ‘faeries.’ I use that term loosely because based on what I’ve seen, these aren’t your garden variety, children’s stories types of faeries, no, there’s something up here, and I just had to get to the bottom of it.

The game places players in the role of a ‘newly born faerie,’ and opens with a basic tutorial to help get the hang of the warp controls that we’re stuck with for the time being. Although with that said, I didn’t mind them this time around, it felt easy enough to navigate around the dilapidated orphanage where kids eagerly welcomed this new faerie friend. Things start innocently enough, with Yuliya, the first to discover the faerie and looking to prove its existence, places the task to find herbs that the other children have hidden, so as to spoil a stew that’s being made. This is done with Playstation Move controllers in a way that doesn’t feel obtuse or weird, and smartly, the player’s controllers are visually represented by hands. The triggers are used to pick up things, while the move button literally does what it’s supposed to here, and moves between points. Upon finding locations with interactive objects, the movement marker highlights the object in question, and from there players can find more info by interacting with ‘memories’ or with the kids directly. Things start to take an unexpected turn when requests that deal with ‘correcting’ the past come up, and that’s when the real world of Deracine exposes itself, and from there it’s easy to see why this game sets such a dour mood with its music.

A lot of Deracine is figuring out what exactly needs to be done to move on to the next epoch of time. Thankfully there’s subtle hints that push things along, but there were still a few times where I felt a little lost, especially during the last chapter of the game, where numerous actions are repeated, but I didn’t feel like I was moving the story in the right direction. The house opens up as the story progresses, but also will close down other parts, and sometimes a cat (faeries natural enemies) will block a path, though it’s never one that absolutely needs to be explored. There are also hidden collectibles in the form of coins, though curiously they are not necessary to unlock the platinum trophy for this game. I imagine they fill in a bit more of the story, but unfortunately I only found half of them in my playthrough. 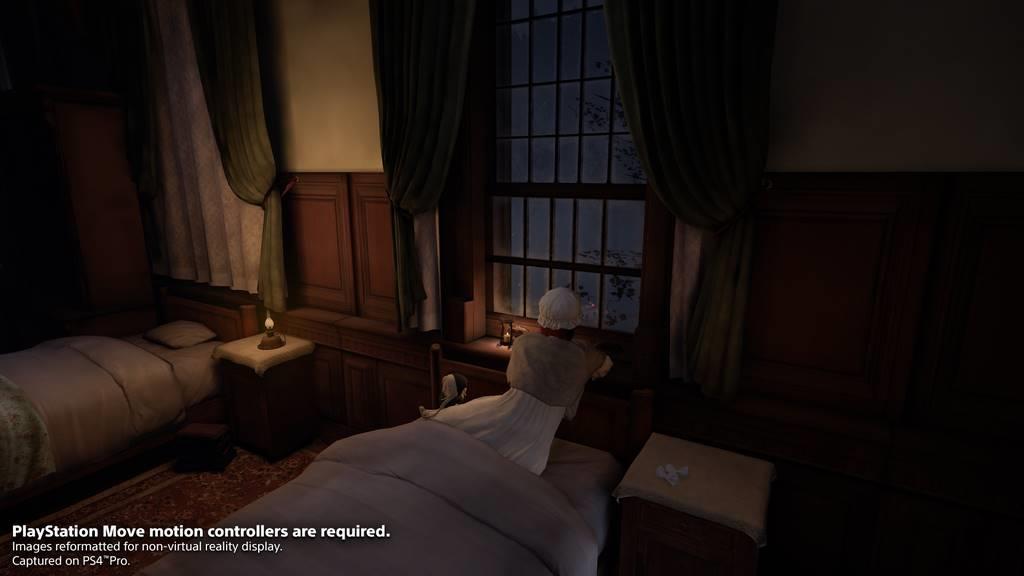 Deracine is easily one of the most beautiful VR games available on the PSVR, and a lot of that is owed to the character detail that From Software is capable of. The character models are highly detailed, and the world is fairly believable. However there are a lot of visual hitches due to the Unreal engine being what it is in VR, there’s a lot of draw in of objects, pop in of texture detail, and some low quality textures in some spots, but you have to be really looking to find some of those rough areas. The audio is constantly keeping the mood somber, with a heavy reliance on string instruments as if to intentionally tug at heart strings, and the voice acting is rather good, coupled with some excellent animation and mo-cap to make the setting all the more believable.

I wasn’t sure what to expect when I started Deracine, and even the first trailers left me a little wanting on more of the setting and story. And now that I have gotten my hands on the final product and finished it, I actually want more. The story wound up being rather interesting, but didn’t have the resolution I was expecting. I’m left with more questions about the world than I started with, which actually seems kind of par for the course when it comes to From Software. I’m curious enough to go back and see if I can track down the remainder of the coins, and after the short six-ish hour campaign, I feel like I owe it to the game to go that little extra mile. There’s also all the cute references to their other titles that I recommend checking out, and I have to wonder what this means for the future of From Software’s other titles. But for now, I’m going to go do some more hunting for details to the world of Deracine.

Deracine is one of the better experiences on the PSVR with a compelling story and some interesting gameplay. It feels like a complete experience from start to finish and has an interesting world that begs to be explored further.