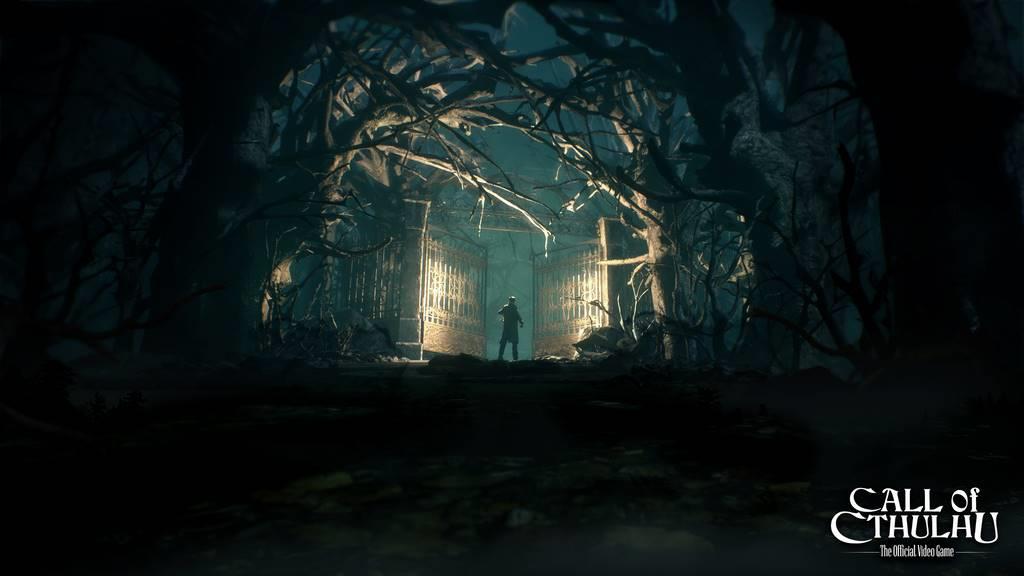 Like most nerds who grew up in the 90s, I’m something of an H.P. Lovecraft fan. Back then Lovecraft was still a niche property; horror geeks knew his works well, but the general public was blissfully unaware of the amateur journalist and weird fiction writer that posthumously revolutionist horror. Fast forward to today, and Lovecraft’s dark lord Cthulhu is so well know that he’s a punchline; he adorns mugs, t-shirts and pins, an ironic fate for the seemingly unperceivable master of cosmic terror.

Cthulhu Mythos video games are also becoming unsettlingly common. Back in 2001, Eternal Darkness stood as a chilling masterpiece of the survival horror genre, but it never directly referenced Lovecraft in its fiction; it was a tribute, strongly influenced by the Cthulhu Mythos but weaving its own distinct lore. As an edgy teenager, I remember that the GameCube-exclusive Eternal Darkness was a mark of pride. Here was a game inspired by classic literature! Nowadays, Lovecraft is creeping more explicitly into horror titles as game developers extoll their admiration for the author. Lovecraft is name-dropped frequently, as in last year’s Conarium and the subject of this review, Call of Cthulhu.

Call of Cthulhu is the name of one of Lovecraft’s foundational works, where he introduces the eldritch abomination for the first time. It’s also the name of a 2005 video game, and a much respected pen-and-paper RPG from the early 1980s. The game I’m reviewing today, simply titled Call of Cthulhu, and developed by Cyanide Studio, claims to take direct inspiration from that groundbreaking tabletop game. When I heard that Cyanide was working on a game based directly on Chaosium’s tabletop RPG I was ecstatic; the pen-and-paper game completely flipped the table on the well-established Dungeons and Dragons formula, and adapting it into a video game might recall some of Eternal Darkness’s sublime, subtle mastery of horror. What I got instead from Cyanide’s Call of Cthulhu is not at all what I expected. I’m not sure I could say that this is entirely a bad thing, but I will be honest, I’m more than a touch disappointed. 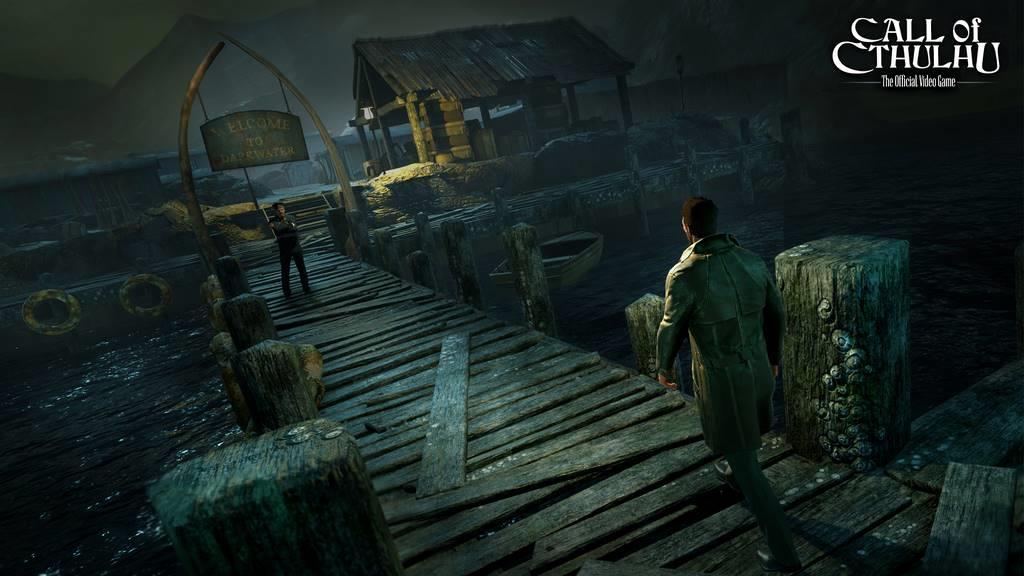 I should start with what Cyanide got right here—they absolutely nailed the look and feel of a Lovecraft short story. The game Call of Cthulhu is not a direct adaptation of Lovecraft’s titular short fiction, nor is it a remake of the innovative yet troubled 2005 game, but Cyanide’s adaptation is nonetheless evocative of Lovecraft’s trademark themes and atmosphere. Call of Cthulhu concerns one Edward Pierce, a clearly damaged veteran of the Great War who copes with his PTSD using whiskey and sleeping pills. He’s trying to keep his private eye gig afloat, but work is scarce and his demons keep him from landing high-paying cases. When the elderly Stephen Webster knocks on his door and asks him to investigate the bizarre death of his daughter, Sarah Hawkins, and her family, Pierce is reluctant but he really doesn’t have a choice. He sets out for Darkwater Island, a decaying whaling town off the East coast, to explore the sordid history of the Hawkins family and determine if their demise was truly an accident.

Darkwater is everything that Lovecraft hated—dreary, half-abandoned, nautical. Lovecraft very effectively channeled his contempt into his work and you get that same effect in Cyanide’s game. Darkwater is a truly foreboding place, peopled mostly by suspicious sailors and criminals, and constantly plagued by wet, cold weather and a general depressing dreariness. I have to hand it to Cyanide, they know how to set a scene, because Darkwater made me feel distinctly unwelcome and just generally uncomfortable. This is the kind of game that makes me want to curl up with a hot cup of tea and a book about decidedly happier subject matter. That said the horror fan in me was ready to roll up my sleeves and dig into whatever cosmic insanity the game had to dish out. What it had to offer, unfortunately, was not what I was expecting from a game claiming inspiration from Chaosium’s classic RPG. 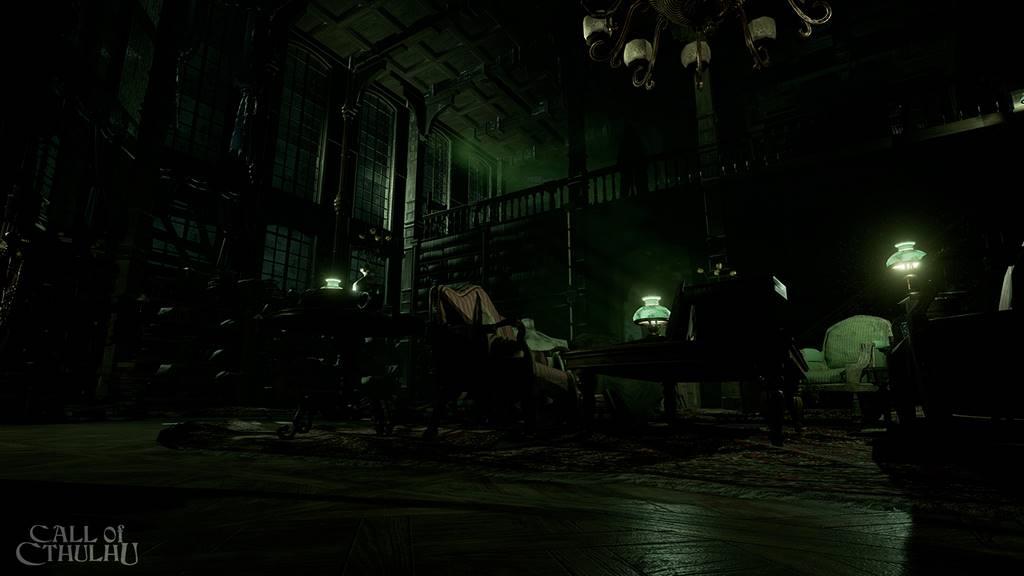 Call of Cthulhu isn’t really an RPG after all, but yet another detective visual novel, and not a terribly deep one at that. Pierce has a skill set that you can invest XP points into, but it’s nowhere near as deep as the multifarious profession and sanity sheets from the pen-and-paper RPG. For instance you can level up psychology or eloquence to gain additional dialogue options or pass persuasion skill checks, but there really isn’t a hard fail state for any of the conversations you have with the game’s many incidental characters. At one point I mouthed off to a bartender, which closed off several options for bribing my way around town with liquor. Instead I just made a deal with a local gang boss. While the game insinuated I would owe her a favor later, I never felt like I was hitting any real consequences.

Leveling up investigation and hidden object skills likewise only makes your crime scene sleuthing go a little faster, allowing Pierce to pick up on the occasional extra clue. Pierce does have the ability to enter a dreamlike “reconstruction” view and relive a crime, but in practice it just puts a hazy filter over the screen and forces you to scrub your nose on every inch of a crime scene until you’ve found all the little glowing circles that indicate a clue. There’s no sense that you’ll miss something; the game literally won’t let you leave a reconstruction until it’s satisfied you’ve found enough information. Putting the right amount of points into the right skills might grease the wheels of progression, but the game is going to get where it’s going regardless; your skill allocation, investigatory work and dialogue choices don’t have lasting impact on the plot, which robs the gameplay of meaning. 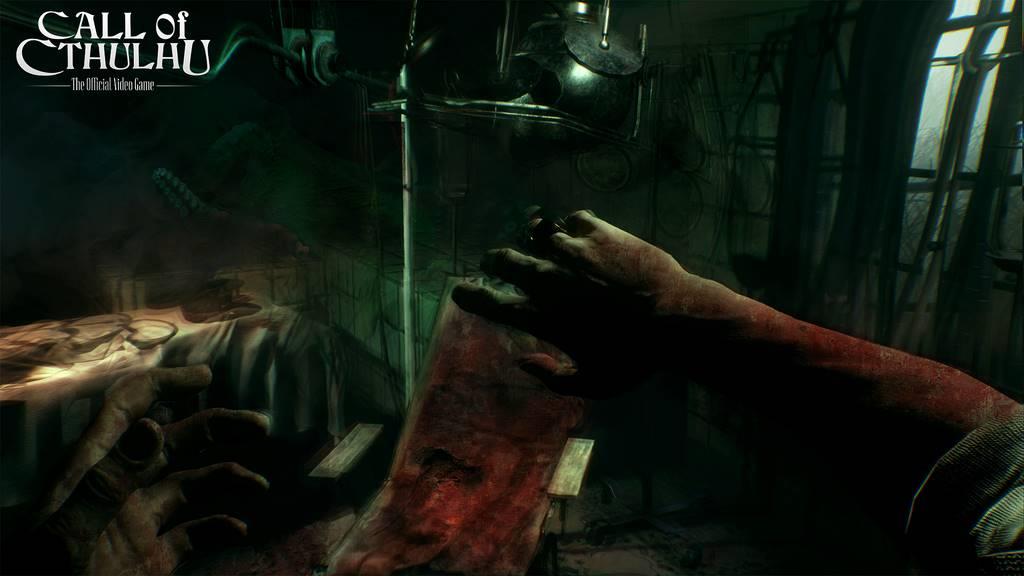 If Cyanide had focused on the puzzle solving and detective aspect of the game and polished it a bit, Call of Cthulhu could have been a serviceable Lovecraftian visual novel. Unfortunately they crammed in a few other gameplay mechanics that just do not work well at all and distract from the investigation and story. There are a handful of combat sequences with extremely constrained gunplay, that feel so out of place that I imagine they were hastily bolted on after some focus testing. The occasional stealth sequences are more in-depth, but nowhere near as deep as something like SOMA, Alien Isolation or Outlast. The stealth segments are also incredibly buggy. Sometimes enemies could see me through solid objects, other times I was able to evade them simply by crouching. The AI here feels either dumb or bugged out; there isn’t a lot of consistency.

Call of Cthulhu’s production values are the definition of hit-or-miss. The environments use the raw power of Unreal 4 quite effectively, and Cyanide has some competent level artists. As I previously mentioned, they definitely conveyed the sense of hopeless dread that drips from Lovecraft’s descriptive writing. There are elements here that make me wonder at something deeper, more insidious; the odd, misty green glow that all the lanterns give off was particularly unsettling. But then there are the character models and animations, which are uncomfortably stiff to watch, and give the game a rushed, amateur feel. The oppressive film grain effect and persistent dithering also lends a clunky, eye-straining element to the game. I have to wonder if Cyanide leaned on these effects to disguise other graphical corner-cutting. 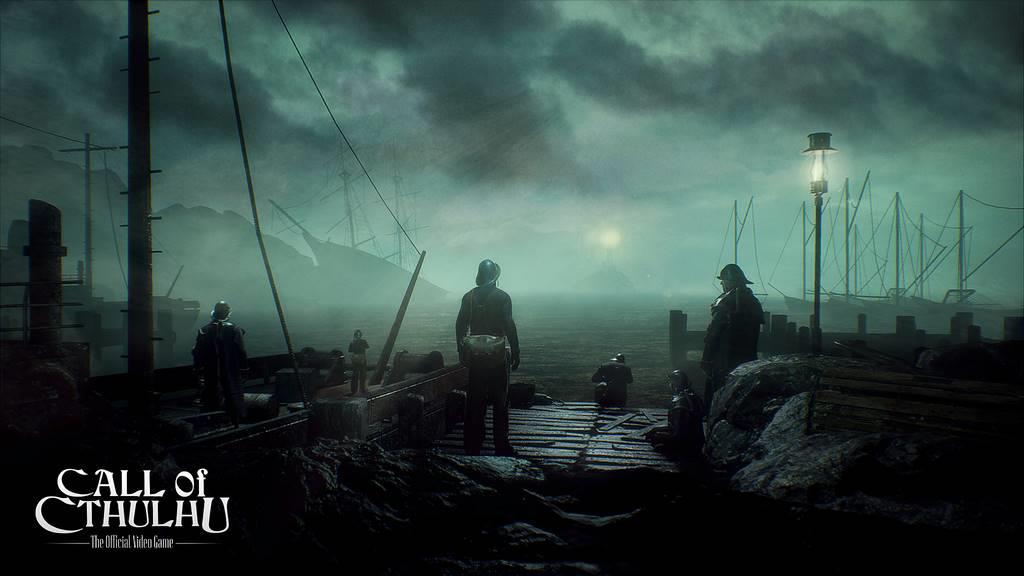 The voice acting is a real mixed bag too. I’m pretty sure that Edward Pierce is voiced by Anthony Howell—who portrayed the android Samuels in Alien Isolation—and he does a terrific job with the material he’s given here. He portrays the alcoholic, barely-holding-it-together detective with an impatient world-weariness, and his descent into madness is suitably convincing. The rest of the cast run the gamut; the crime boss Cat is icy and effectively intimidating, but some of the other characters come off as forceful one-sided stereotypes with grating, overdone accents. It’s hard to escape the general sense of low-budget that this game gives off, even in the voice acting.

Call of Cthulhu just feels kind of slapdash, top to bottom. As a game that bills itself as “the official videogame inspired by Chaosium's classic pen and paper RPG,” it has very little in common with its inspiration outside of license and general subject matter. It doesn’t focus on any one thing long enough to make it deep or meaningful, except for maybe the detective aspect, and there are dozens of visual novels that do a much better job. Needless to say, I was pretty let down by Call of Cthulhu. It doesn’t do nearly enough with its license and its highly constrained gameplay suffocates any sense of dread or terror in the story.

Call of Cthulhu sadly doesn’t live up to either its literary or pen-and-paper heritage. The setting, atmosphere and some of the voice acting are impressive, but the detective gameplay is shallow and fairly linear, and any other gameplay aspects feel buggy and tacked on.