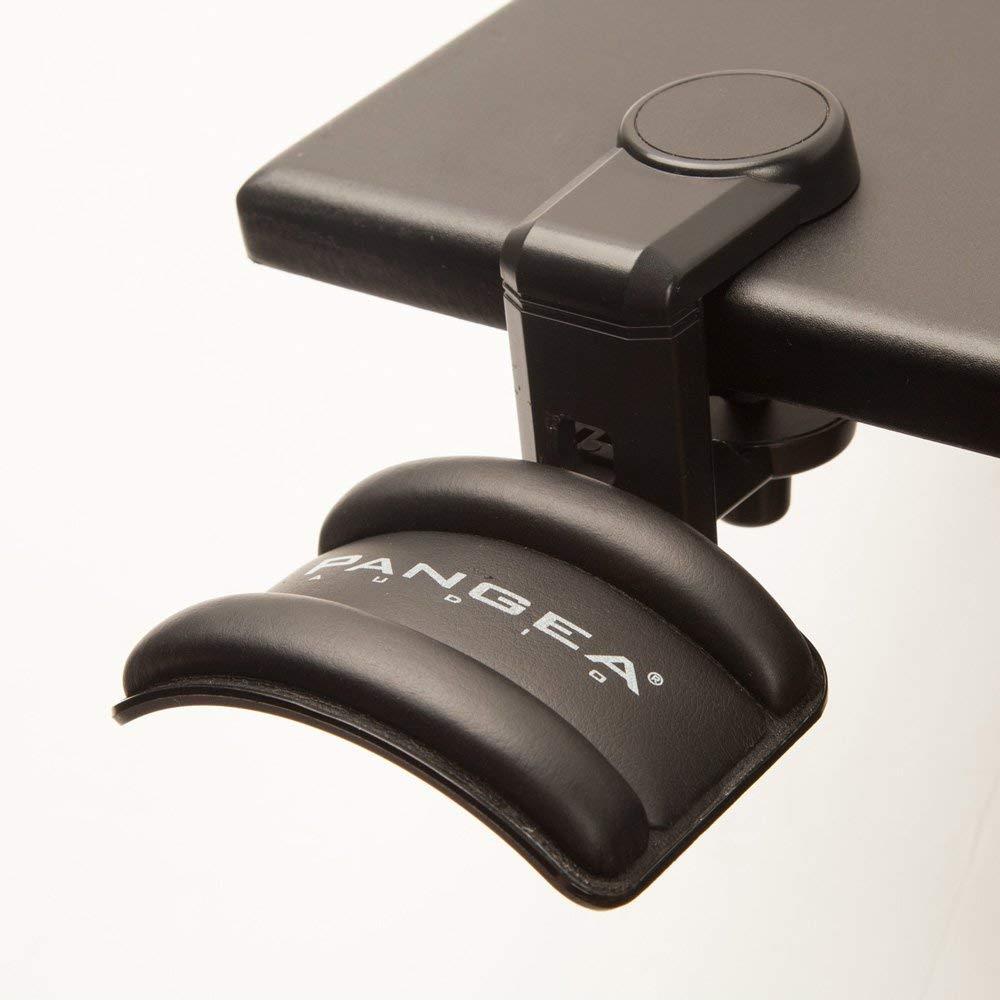 I am always on the lookout for cool accessories and gadgets that make easier for gaming, whether it enhances your ability to play, or just help keep your gaming area organized.  Having recently (within last year) gotten back into PC gaming for the first time in about 15 years, I ran across a product that caught my attention as something that I didn’t know I needed until I had my gaming rig all set up in my office..

I prefer to use headphones when I game on the PC, so as to not disturb others, and after a couple of months of just laying my gaming headphones down on the desk, it became evident that I needed some way to get them up and out of the way.  Having just come out of retirement to rejoin the GamingNexus staff, I was presented with the opportunity to review the Pangea Audio Headphone Hanger and jumped at the opportunity.  I was hoping that it would be the answer to gaming headset storage issues, and I was not wrong. 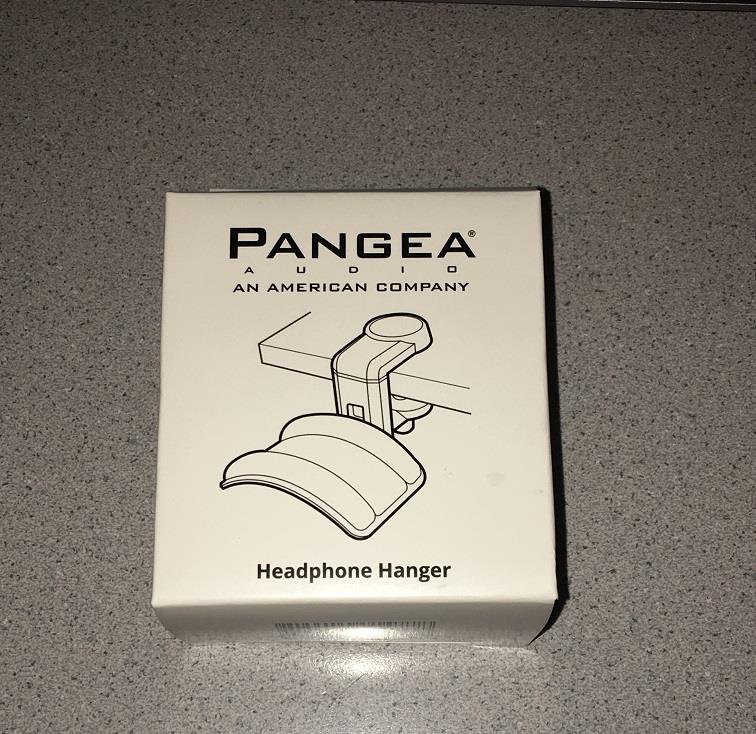 It is actually quite simple to use and install.  It comes packaged in a simple box, including two packages that include the pad, Screw & Base and Frame for the hanger.  The design allows it to be set to three widths of the surface you are looking to attach it to, and uses pressure to keep it in place.  You stick the pad arm through one of the holes in the frame, slide the Screw & Base over until it snaps into the arm, slip it over the surface you wish to attach, and screw it until it is tight and solidly connected to the surface edge. Because I have a unique set up (my desk is an office cube with vertical bookshelves right next to the monitor), the Pangea Audio Headphone Hanger looked to be a perfect solution due to its ability to connect to a vertical support. 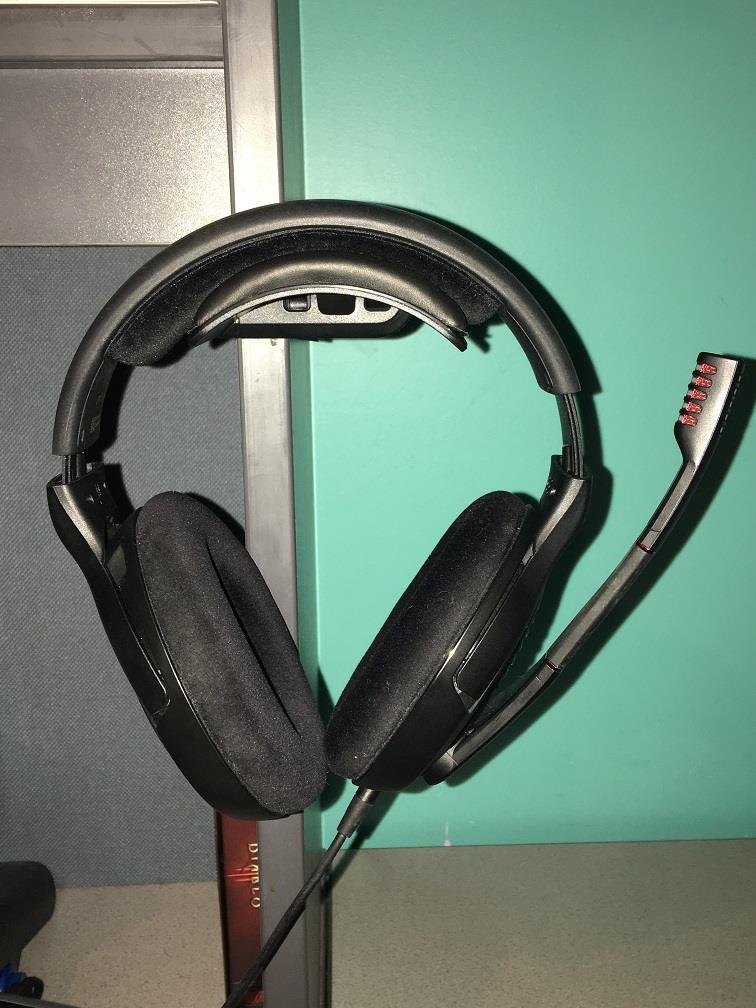 While there are a couple drawbacks with the design and function, they do not necessarily impact performance if you are aware.  Primarily, the materials are all plastic (including the screw threads) so you have to ensure that it is not over tightened and that it is snapped together properly to get maximum rigidness and clamping.  In addition, when you crank it down, especially on a vertical surface, it will have a tendency to bow the plastic a bit in order to get maximum tension to hold the hanger in place. This is not as necessary on a horizontal installation, as the hanger is more apt to slide down vertically than to slide off horizontally 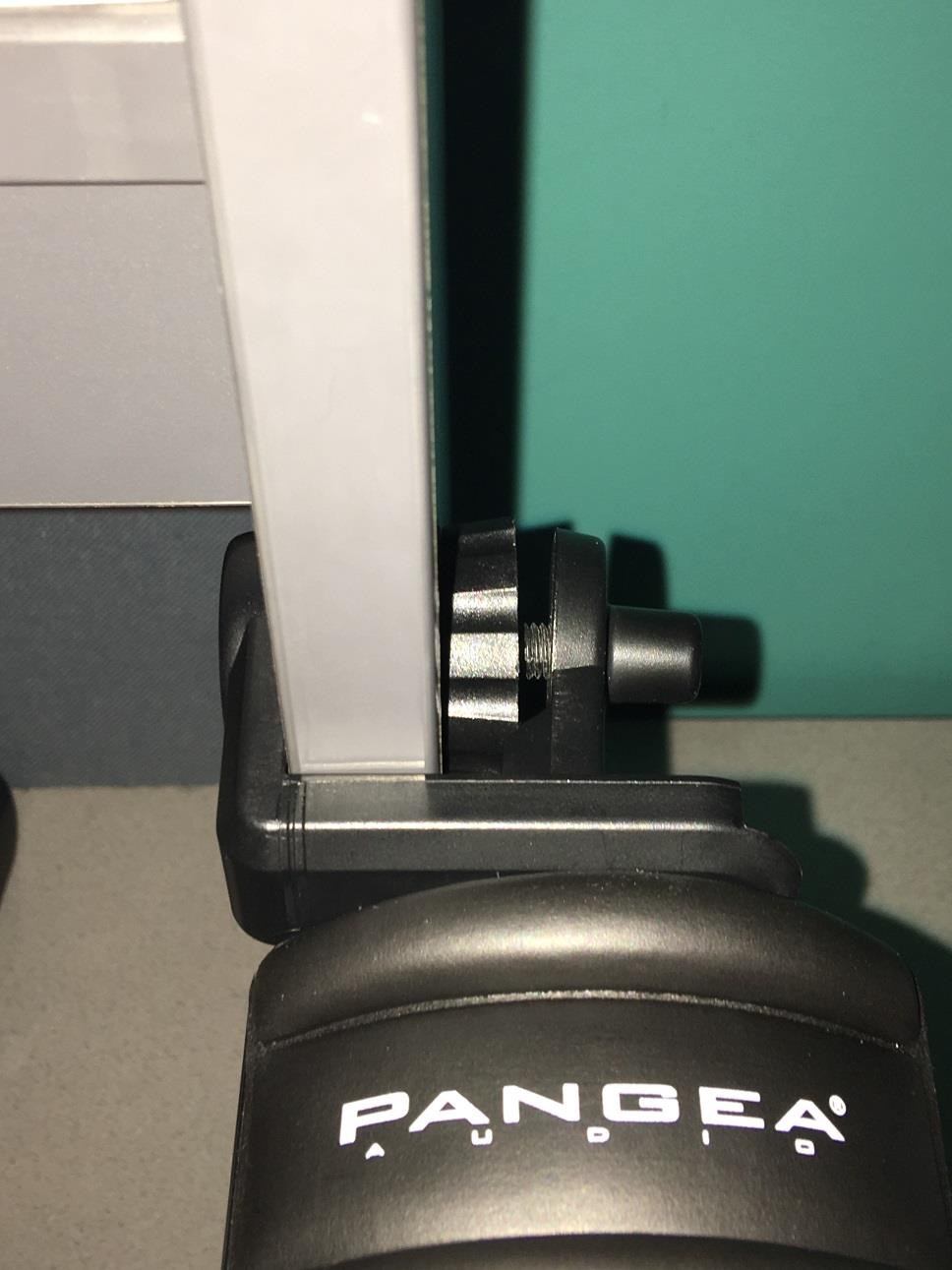 As far as its usefulness and capabilities, here are the Headphone Hangers features directly from Pangea:

I can verify that everything in the list above, is spot on, and while a headphone hanger isn’t a super sexy accessory, I cannot tell you how I lived without one for the last year or so.  The Pangea Audio Headphone Hanger is available for $14.95 - $19.95 from Upscale Audio, Amazon or the official store at Audio Advisor.

The bottom line is that if you are looking for a cost-effective way to get your gaming headphones (or any stationary headphones for that matter) up and out of the way, the Pangea Audio Headphone Hanger will definitely handle the job.  Can't believe I went almost a year without one.