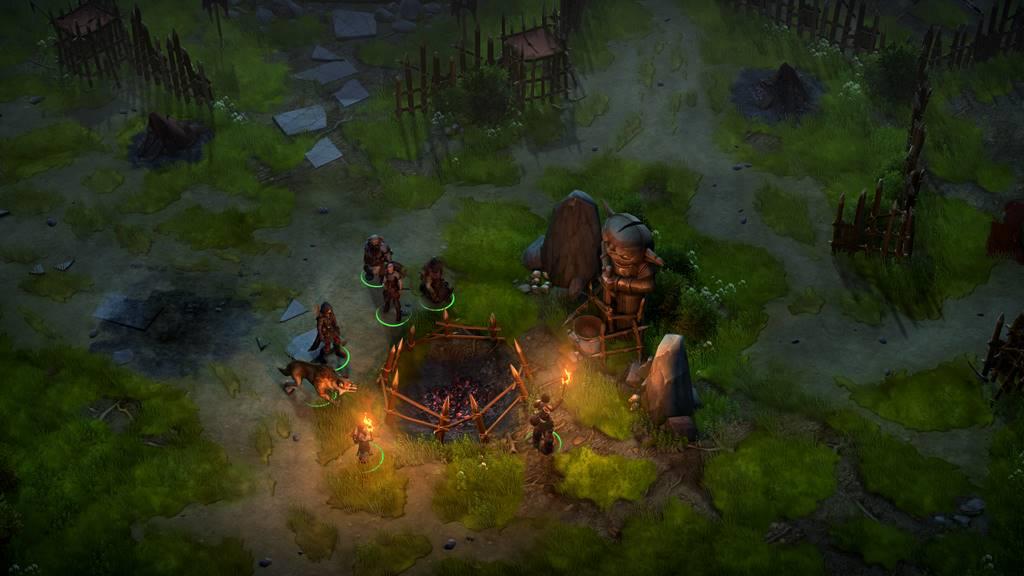 Written by Nicholas Leon on 11/6/2018 for PC
More On: Pathfinder: Kingmaker

Pathfinder: Kingmaker, the CRPG adaptation of the eponymous D&D-like tabletop game system, developed by Owlcat Games, written and designed by Fallout and Knights of the Old Republic alum Chris Avellone, is a sight to be bemoaned. Starting off as nothing but ordinary but soon moving on to show its true colors in the somewhat early hours, the game grinds to a slog as the player is forced to engage with tired, traditional gameplay methods as well as somewhat newer ones. These two methods mesh all right, but it doesn’t make up for the game’s agonizing pointlessness in nearly all of its aspects.

Coming off a fresh start on the legendary podcast The Adventure Zone and the work of Charles Yu, I’ve been craving a type of fantasy that subverts the conventions of the all-too-cliché genre. Pathfinder: Kingmaker both embraces and bucks the trends that kills any potential that makes this type of fantasy even remotely interesting.

To start, there are the characters, who tend to express, rather than the needs and wants of real people, faux-philosophies and pseudo worldly knowledge. This wouldn’t be a problem if there was some meat behind the characters’ personalities, and if the writing made them into people worth caring about. This wouldn’t be a problem, as Avellone has a storied history behind these types of characters (of note is Kreia from KOTOR II), but the characters want for something crucial in Kingmaker, expressing basic feelings in character bios such as “Tristian cares for all”, or “Valerie strives to uphold the law” that don’t change much in the overly text-heavy dialogue that is riddled with worldbuilding clichés, a text box popping up for each god, kingdom, or person highlighted in conversation.

This form has potential, and no doubt appeals to a great many people. But you cannot sacrifice good story and expect the worldbuilding to hold up. To backtrack though, I should explain why this amount of amateur-level cliché kills all the momentum of the game. 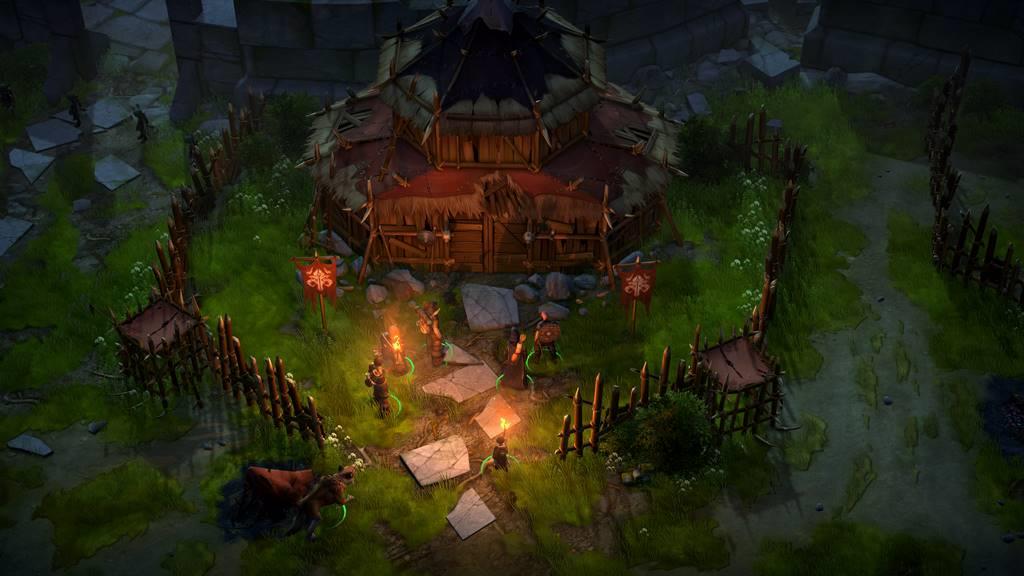 The gist of Pathfinder: Kingmaker is all in the title. It’s all about reigning over a kingdom, venturing out into the wilderness as a warrior king or queen with your party members, putting down bandits, trolls, goblins and cultists in your never-ending quest to stabilize the realm. You get a capital, and a throne room from which you can perform operations to secure your kingdom. Many factors are critical to these operations, from your advisory roles (people—mostly your party members—who take care of the operations) to money profited from various resources. Time, however, is most important, tying into both the operations and questlines. A limit on quests, rendering game over if not completed, even makes a return from the original Fallout games. The projects and events within the kingdom operations, however, are where the game shows both its innovation and its tiredness.

While not taking place in real time, the game has a well-realized calendar cycle, with travel time noted for how long it’ll take the party to get from one place to another, even needing to take rests depending on how long they’ve been going. When running events and projects, the player has the option of either skipping days so that the time flies by faster, or venturing out in the world and completing quests. I usually opt for the latter, because while I do like advancing the stats in my capital, waiting around is a pretty boring way of doing it. So how does the game solve this dilemma? By prioritizing worldbuilding over the replacement of a worthwhile story. 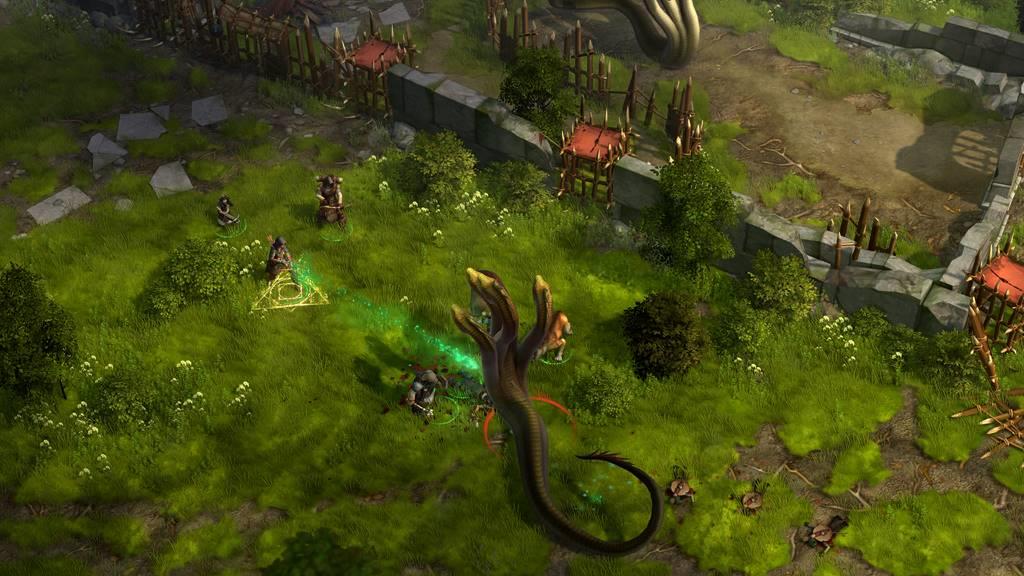 The main quest is a recurring sequence in which hostile supernatural forces keep cropping up and destabilizing your kingdom. Luckily for the player and the gameplay system, there is always plenty of time between bouts, thus making room for multiple story arcs full of side quests in which the player engages with a somewhat compelling world with an adequate but sometimes less-than-satisfying combat system. Most of the side quests tie into the well-being of the kingdom, thus giving it credulity, but with the overabundance of them, it can be quite loathsome going about the map, tiring out the party from traveling, and trying to figure out just where the heck I’m supposed to be going for whichever quest I’m doing in the first place.

To sum up the core of the game, its core is cliché fantasy that, in trying to differentiate itself from other games with its kingdom system, it only digs itself into a narrative hole that is full of water. Add onto that a combat system that relies on dice rolls which sometimes, depending on your skill checks and modifiers, may result in a lot of misses in the most inopportune times. I recall a companion quest in which I was forced to watch as my companion fought a rival in single combat, and they did nothing but miss each other’s attacks for almost five minutes. Not all of the combat is like that, with most of the fights going by fast unless you are seriously underleveled (I had the game on normal difficulty for the beginning, but I kind of sucked at it so I lowered it). Other nuances, including permadeath for companions and travel movement slowing depending on shared weight carried by the party are present for those who want a more challenging game. I didn’t, because I just wanted to play. Too bad that sometimes the game won’t even be able to load the starting screen fast enough for you to do so. 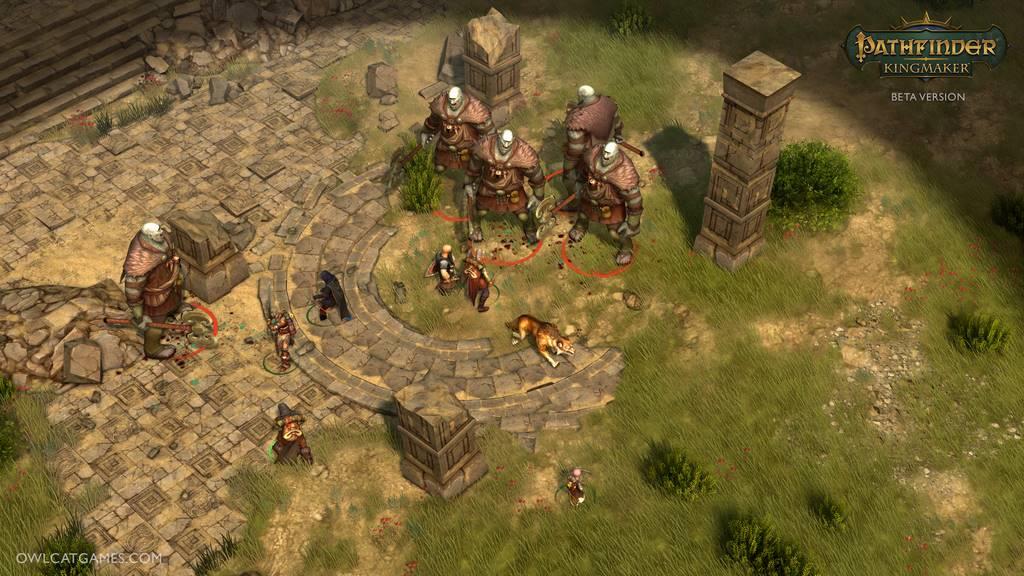 As of writing, the game probably has consumed close to fifty or seventy-five gigabytes of my storage. Sometimes, when booting up, a screen pops up stating that an update needs to be installed for the game. This is pretty normal, and wouldn’t elicit a complaint from me were it not for my own personal situation regarding availability to play games. Sometimes, when there isn’t enough network space, updates can take all day (or night, which is when I mostly play games anyways). Lately, the updates have stopped coming in with as much frequency, but that doesn’t mean that starting the game up is any faster. The game opens with a screen that states “first time loading may take several minutes” or something like it. I took this to mean that that the very first time ever loading, this would happen, but it is an occurrence with each time loading the game. This ultimately isn’t too bad a thing, but my game has completely frozen my computer at least once during this loading screen. Although frustrating, it is ultimately one of only two technical difficulties (the other being the near-constant updates) that impede gameplay.

If there is a saving grace to Pathfinder: Kingmaker, it’s that the exploration actually is pretty fun, if on a basic level. It’s fun to find loot and craft some of the characters into fighting machines that can aid in my tactics and quest progression. However, it still goes to show that the narrative at hand, even with the stakes being high (as is all too often the case in countless works of fantasy) just isn’t very interesting. Although each of the party members want something, their inner characters are ultimately shallow. Harrim the dwarf is depressed, Amiri the barbarian likes her sword, Linzi likes to read (admirable but lacking), Regongar is a sexy half-orc who likes to drink, and so on. I find myself skipping their dialogue texts (only pausing on alignment choices because I like to be consistent) during conversations because it’s ultimately just more pointless worldbuilding rather than anything interesting. But the gameplay suffices, if only in an adequate fashion.

Although inspired in its kingdom management system, Pathfinder: Kingmaker ultimately fails to innovate in any of its presented gameplay functions. Lacking in writing,combat, and even fun, a game that had potential to change things up just becomes a disappointment.