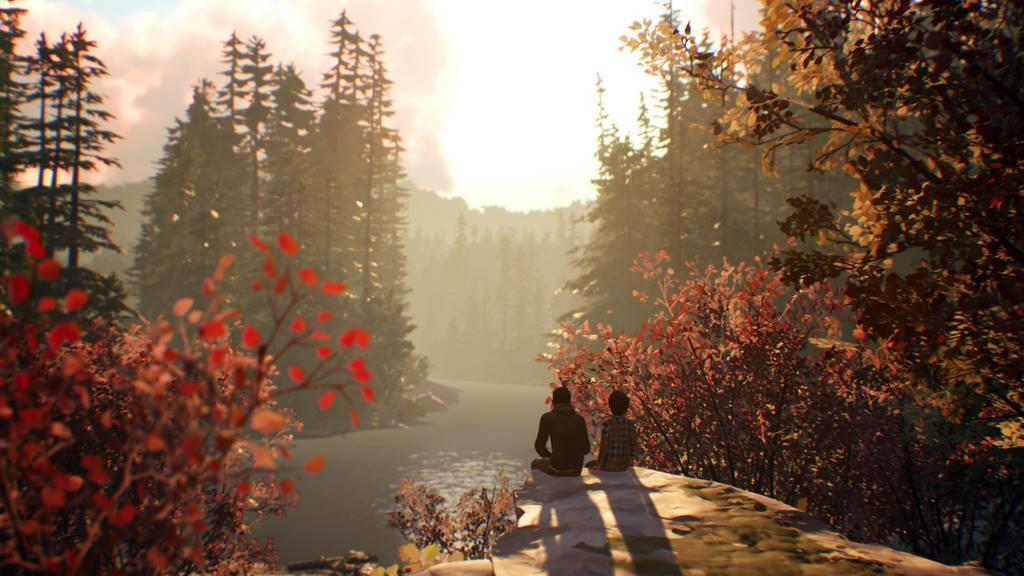 ‘Everything is political Sean.’ Those words stuck with me the most as I finished up the first episode of Life is Strange 2. Dontnod’s latest coming-of-age tale that brings the American political spectrum to full bare albeit from the hands of a European developer, and for better or worse they mostly succeed in painting a tale that sadly seems to be more and more common in these days of divisive politics. But they also worked in that great angle to help empathize with the characters you’re playing as, along with people surrounding them.

The game opens with some mysterious police camera footage taken from a squad car in a suburban area of Seattle, after the sudden upending of the vehicle and appearance of more squad cars we cut to the main character of Life is Strange 2, Sean, a Mexican-American youth, attending high school, making friends, and living life as one would expect of a teenager. A party is coming up and Sean’s got to get ready for the big night. But not before stopping off at home, and here is where we meet his family, little brother Daniel, and father, Esteban. Sean’s life appears to be fairly carefree, but in doing something simple as checking his cellphone messages I found things under the surface. Apprehension between him and friends over the recent presidential election, worry about the neighbor’s son frequently harassing them, amongst other things. Unfortunately it’s with this neighbor that things come to a head, as Daniel’s Halloween costume resulted in a mess, and a quick altercation turns deadly. The police are involved, and now Daniel and Sean are on the run. Now the boys are making their way south to Mexico, to where family may be in the town of Puerto Lobos.

This first episode is titled Roads, and it seems fitting since there’s so much traveling, and so many different directions I could take during the journey. Like previous games in the Life is Strange series, I found my way through seemingly casual encounters and the results of which further strengthen or weaken Sean’s bond with Daniel. There’s not much money to go around, so how do I manage to make sure Daniel is eating enough? Do I try and steal from a local gas station, or do I spend what little money I have to make sure he’s well fed? Can I spare a buck or two to get a toy that he really wants? Do I ask him to beg for food from a family that appears to have more than enough to go around? And then there are the seemingly innocuous actions that help to teach Daniel about the world we inhabit. The myriad situations I found myself in all have some sort of effect on my little brother, and the type of person he’ll become. Hopefully to this point I’ve done well. But there are other factors at play as well, the main one being the brother’s skin color. Outside of the obvious fact that they are wanted by the police, people through the rural parts of the Pacific Northwest are quick to label them as thieves and undesirables, but there are also helpful people, like the oddball Brody who I get the feeling we’ll be seeing more of. 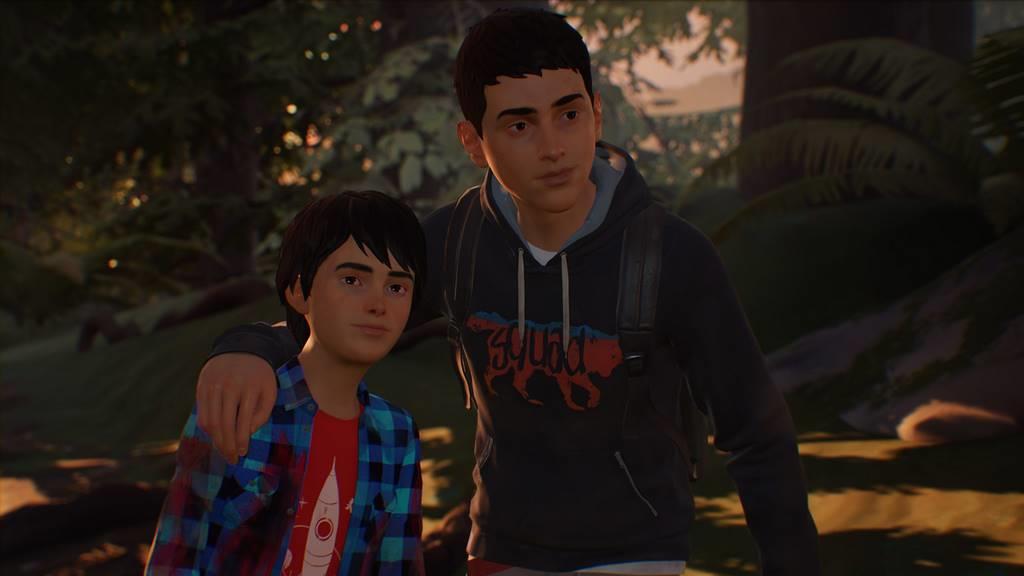 The Unreal Engine 4 pushes out some pretty, but inconsistent visuals throughout Life is Strange 2. There’s the obvious issue with load-in that’s been present in nearly every game in the past decade, but also just some strange visual anomalies as well, at one point a stick was just attached to Daniel and followed him wherever he went about the scene, and while this is probably more a design issue, some textures just aren’t very high-res and look somewhat washed out and muddy. From a musical standpoint, I’m on board with this game, especially with whoever has the job of choosing the music for scenes. The inclusion of Phoenix, Bloc Party, and surprisingly The Streets seemed out of place for choices given the timeline of the game, but at the same time fit perfectly within the narrative.

The first chapter, Roads, is only a few hours in length, but it’s already setting up for an interesting story, and while it may seem a bit heavy-handed in its politics, it’s also a reality for many people in this country. But I can see how that can be a turn-off to some people who just feel like they want to veg out and game. On the flip side to that, Dontnod has done a great job for setting up a story where you can empathize with characters, in an almost similar vein as the animated film, Grave of the Fireflies. This is not going to be an easy road for Sean and Daniel, and the politics of today will most certainly have an effect on their journey, but just how much, and how the weather it, remains to be seen.

There are a couple of technical issues that hold back Life is Strange 2, it's got some weird visual glitches, and I encountered a few crashes in the short, but ultimately interesting story of two brothers, and their suddenly upended life.