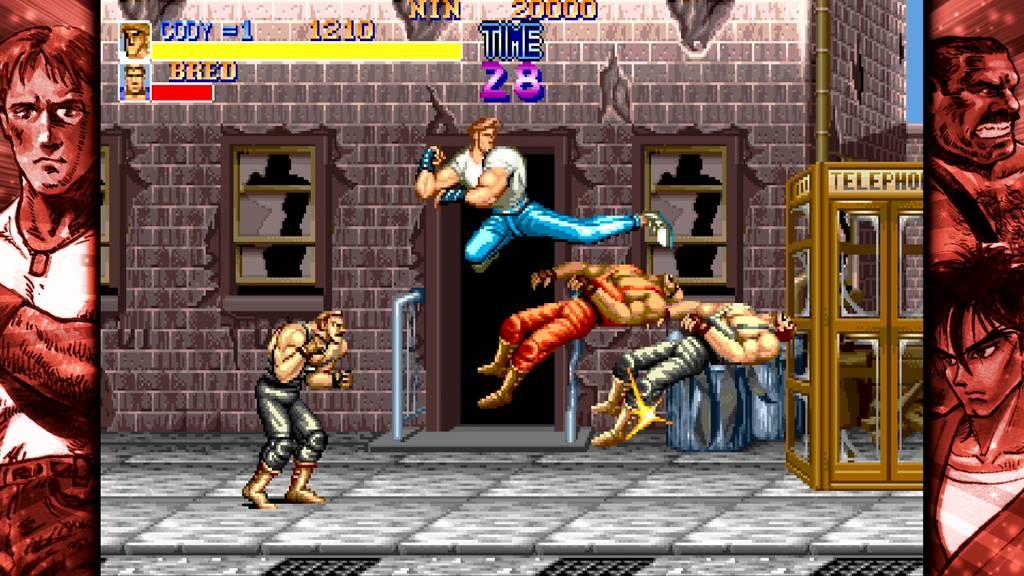 In recent years, Capcom has dialed in their focus on delivering collections to bring players back to some of the older classics. It’s a good strategy, allowing those with the history to relive some of their original gaming experiences, and bringing newer generations into the fold. In the past couple years, we’ve seen releases of Mega Man, Mega Man X, and Devil May Cry collections.

This past month, Capcom has taken us back in time again, releasing the Capcom Beat ‘Em Up Bundle. The bundle features seven of Capcom’s arcade brawlers released in the late 80’s and early 90’s: Final Fight, Captain Commando, Knights of the Round, The King of Dragons, Warriors of Fate, Battle Circuit, and Armored Warriors.

As much as I’d like to say I’m one those gamers reliving the glory days of the arcade, I fall more into the category of those gamers picking up these games for the first time. The arcade game craze of my childhood was filled with games like Time Crisis, Big Buck Hunter, and Dance Dance Revolution. In fact, I’d go so far as to say that games like Final Fight and Mega Man had already been dubbed as “retro games” by the time I picked up my first controller. This is in no way intended to diminish the value or quality of those games, just to establish that my experience with these games was through the lens of someone who saw the seven games and said “Oh yeah, Final Fight, I’ve heard of that.”

So let’s jump in. Obviously, each game within the bundle is a Beat ‘Em Up, so they all encapsulate the same core mechanics with somewhat significant creativity changes. The game has a pretty simplistic menu, allowing you to choose a game to play solo or dive in with a couple of friends. I played through all the games solo, which can obviously get kind of repetitive. These games are most likely better experienced with friends, but it’s still really fun pushing through on your own. 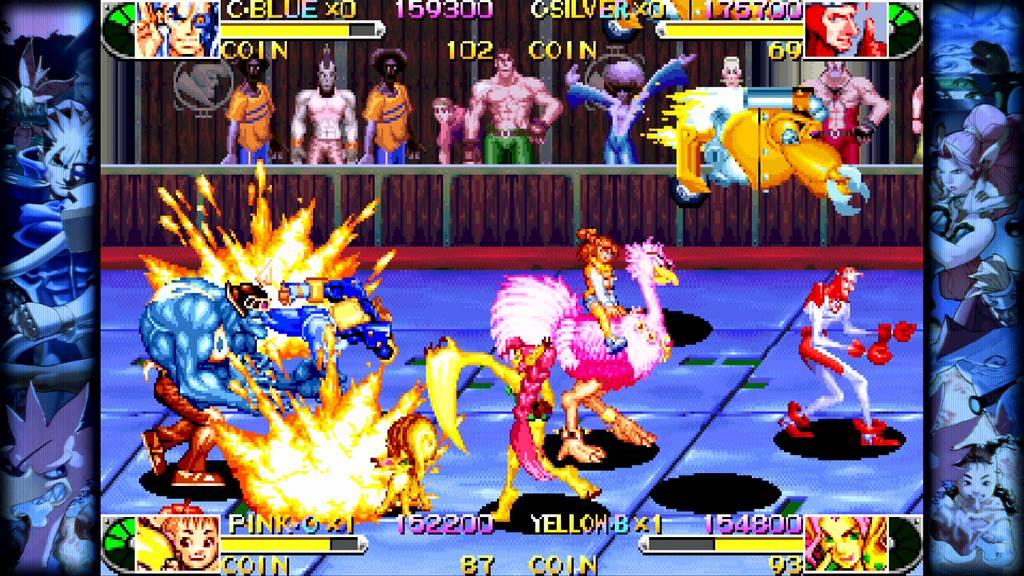 I’m not going to go into too much detail on each specific game, as they’ve been around for quite a bit. So for me, each and every game was incredibly difficult. Honestly, I wasn’t sure what to expect going in, but I found myself getting worked up early on about how unfair the game was. I don’t consider myself the greatest gamer out there, but I was genuinely surprised how often I would just get absolutely destroyed when the game just decided to throw 15 enemies at me at a time. I can’t say this with complete certainty, but I have to assume this design choice is directly related to an arcade machines ever-present quest to squeeze as many quarters out of me as possible. Luckily, the remade games only require an initial investment of 80 quarters (about $20), affording me infinite continues throughout the story, which helped to mitigate the frustration of the games inherent imbalance.

Despite the occasional rage-out, basically every game was genuinely enjoyable. Each one took me about an hour to run through, and they’re just a really good experience. My favorite had to be Knights of the Round, probably because the different classes really appealed to me, giving me some variety between the continues of my character. In particular, I really enjoyed the archer class, which changed up the playstyle a bit, leaving me more focused on creating space rather than running in and punching all the bad guys. Another great feature is that the controls are normalized between the games, so it’s really easy to pick them up and utilize them across different titles.

Capcom Beat ‘Em Up Bundle is another successful entry in Capcom’s recent efforts to bring more retro games back into the fold. It’s a solid experience whether you’re looking to relive the glory days of the arcade, or discover the types of games that cost your gaming predecessors all their coveted quarters. With seven different arcade brawlers in the game, there’s plenty to love if you’re just looking for a relaxing night of solo games. But bring a few friends into the fold, and you’ve got the makings of a solid game night.