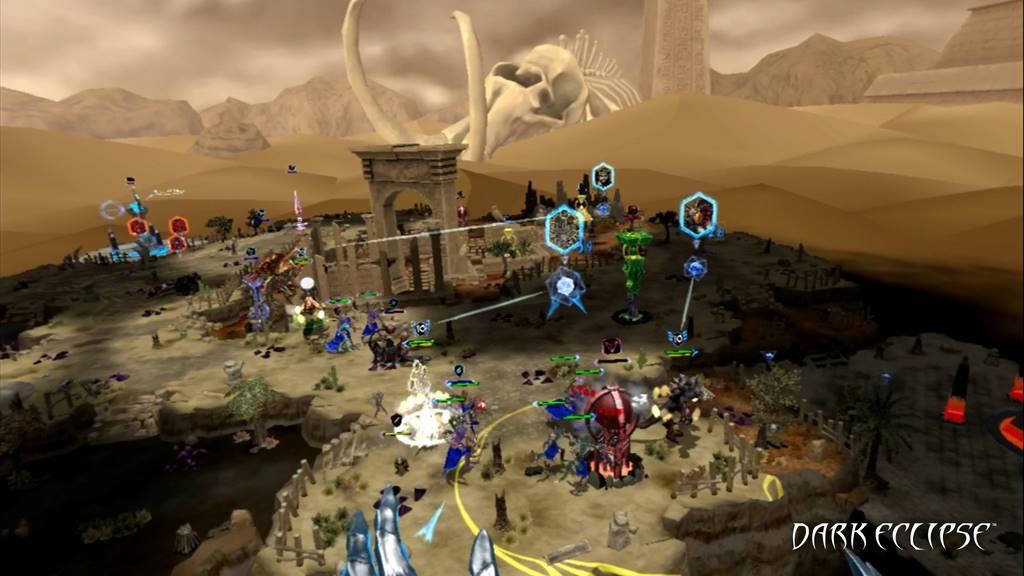 It might seem to the general public that SUNSOFT disappeared from the gaming landscape after scorching the earth with a long list of ports and licensed games in the 1990s and early 2000s. In reality, SUNSOFT is not actually a company in and of itself, but rather a brand name used by the Japanese electronics company Sun Corporation when it sees fit to release some video game content. Due to this setup, it is entirely possible for the SUNSOFT name to go into hibernation for years on end, until some executive decides to resurrect it for the occasional mobile game.

But in late 2017, it was announced that SUNSOFT was making a push back into the console space, and rather than playing it safe, the label decided to roll the dice in the most wild and reckless gambit imaginable. SUNSOFT decided that for its first console game in a long while, it would develop a free-to-play, VR-only, PlayStation-exclusive MOBA/RTS hybrid. While you have to respect the gumption, success with a free-to-play title in the VR space seems like an unbelievably tall order due to the limited player install base. Hell, I’m a huge VR fan, and there’s no way I would have thrown my lot in with a move as out-of-left-field as this one.

It has been with morbid curiosity that I’ve kept an eye on the development of Dark Eclipse over the last year. When I was offered the review, I chomped onto the hook immediately, excited to see what crazy thing SUNSOFT had brought to the table. I was hoping for the best, but I was frankly expecting the worst. I feared that the game would be impossible to comprehend, and no one would want to play. I worried that I would not be able to find enough opponents online to write a decent and fair review. I thought that the MOBA side of things would create a giant barrier to entry.

I am delighted to say that I was dead wrong. While it takes a bit of effort to spin up on Dark Eclipse, once you lock in on the game’s mechanics, the 1v1 gameplay is rock solid. No, more than that. Dark Eclipse is wildly fun, and I have spent the last week trying to force myself to stop playing it. 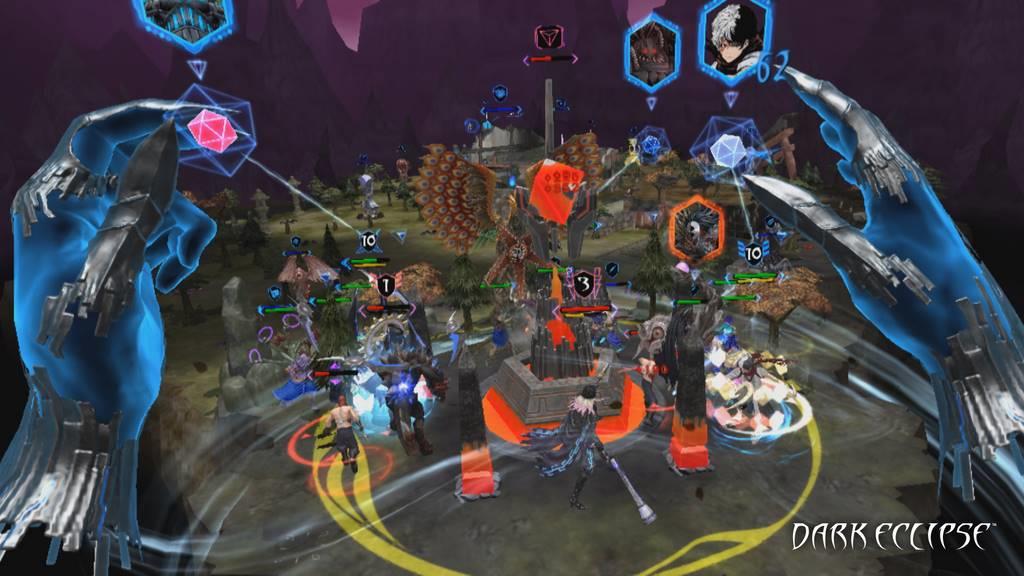 Here are the basics: Players start Dark Eclipse by selecting three “Leaders”, little action figures with fun powers and abilities that march across the game board doing your bidding. Each Leader comes equipped with a little soldier guy that accompanies them, rushing into battle and behaving as a human shield for the Leader.

Leaders and soldiers spawn on their home base. In the distance, you can see your opponent’s base, but a persistent fog of war prevents you from seeing what your opponent is doing until your paths cross. You begin by moving your Leaders out into the game board, seeking to gain a quick lead over your opponent. This is done in a couple of ways, primarily by killing bad guys and building towers.

Let’s start with the bad guys, known as “Eaters”. Eaters are little monstrosities that are scattered about the landscape. At lower levels, they are somewhat innocuous, looking like sheep and little spiders. But at the higher end of the spectrum are Cthulhu nightmares, which are best avoided until later in a match. Killing Eaters allows your leaders to level up, which is of vital importance, as higher-level leaders dominate in the inevitable scraps that emerge when opponents cross paths. 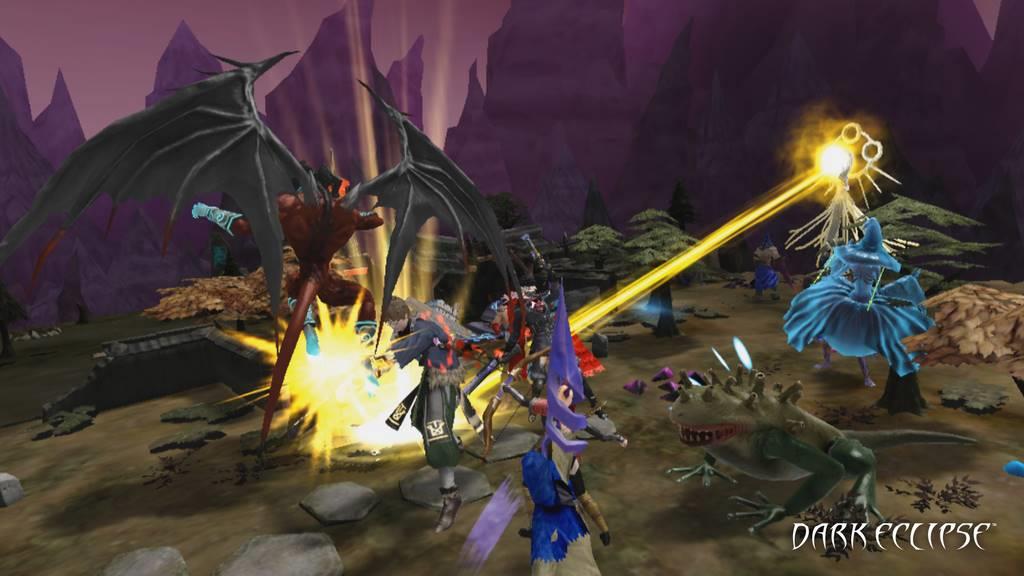 Towers are built by finding waypoints on the map (they are all over the place) and then bringing resources to those waypoints. Remember your little soldier guys? In addition to fighting they are also responsible for chopping down trees to gather resources, which allows towers to be built. Towers have a number of functions, but most importantly they give you control over an area of the map, assisting your leaders in battle if a skirmish breaks out within their range of influence.

The object of the game is to march across the map and knock down your opponent’s base. Or to get strong enough that they just give up and rage quit, which is less fun but sometimes happens. There are a few more wrinkles in the gameplay (I recently wrote up a beginner’s guide for curious parties), but the game really boils down to the delicious push and pull that results when both players are rushing about trying to level up and claim territory, and the explosive battles that results when those two powers come crashing into each other. There is just enough complexity here to open up a wide variety of viable strategies, while keeping the game tight enough that one-sided matches are rare. Be bold, be sneaky, play defensively, rush to battle, it is all up to you. I have played against (and been beaten by) opponents that ignore tower-building entirely and just run around killing Eaters and getting ridiculously strong. I have also played against opponents that took a longer view, fighting for every square inch on the map in a seemingly endless war of attrition. I have even played against folks that clearly had me beaten but backed off some to allow me to try to stage a comeback. Any strategy is viable, and each is equally enjoyable to try to counter.

My fears about the lack of a player base seem to be unfounded. Now that Dark Eclipse is in general release, I haven’t had any problem finding matches, regardless of the time of day. A small community seems to be forming around the game, and with it’s free-to-play origins, I would expect that more players will eventually find their way into the fold. However, one major barrier to Dark Eclipse’s success remains, and that is the fact that simply learning the game can be frustrating and tedious. 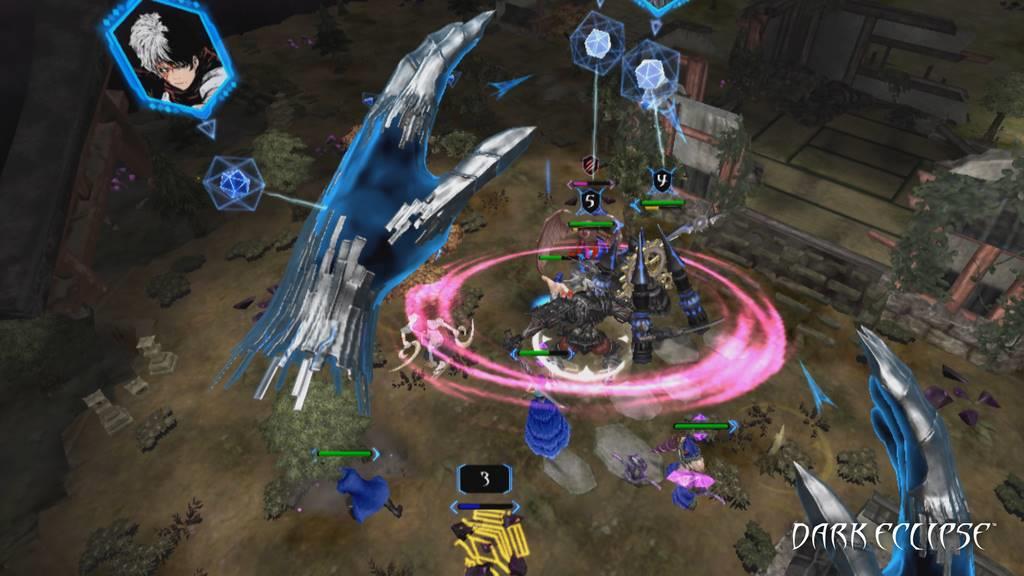 A bare-bones tutorial exists in the main menu, but it doesn’t offer much beyond explaining the basic controls. Even after playing the tutorial several times, I was still not comfortable enough in my understanding of the game to go online against real-world opponents. I found myself wrestling with the controls, too distracted by the fact that I was having trouble moving around to even begin to focus on any sort of strategy. My only advice to folks in this situation is to just stick with it. Dark Eclipse does open itself up to you after a bit of perseverance and practice. After a time, I was whizzing about the map at will, checking in on my various holdings and displacing to crisis points with the best of them.

Dark Eclipse does offer matches against an AI opponent, and this helps somewhat to solidify the game’s mechanics in your mind. And once those mechanics are locked in, there’s enough subtlety to discover to keep you conking yourself over the head for a little while. I was still figuring out things that should have been obvious after several hours of play. Like a decent board game, once you have a grasp on it, Dark Eclipse is just not that complicated. In fact, the game could be taught fairly easily if one player is showing another what to do (I’m planning on teaching my son next weekend). But the in-game tutorial is simply not up to the task, and I can easily see new players choosing to jump unprepared into an online match, only to bounce off the game entirely after getting trounced. One sad soul I played against online ended up huddling near their base the whole time, terrified to come out to face me after a couple of inadvertent routings. I imagine that this poor player might be gone for good. 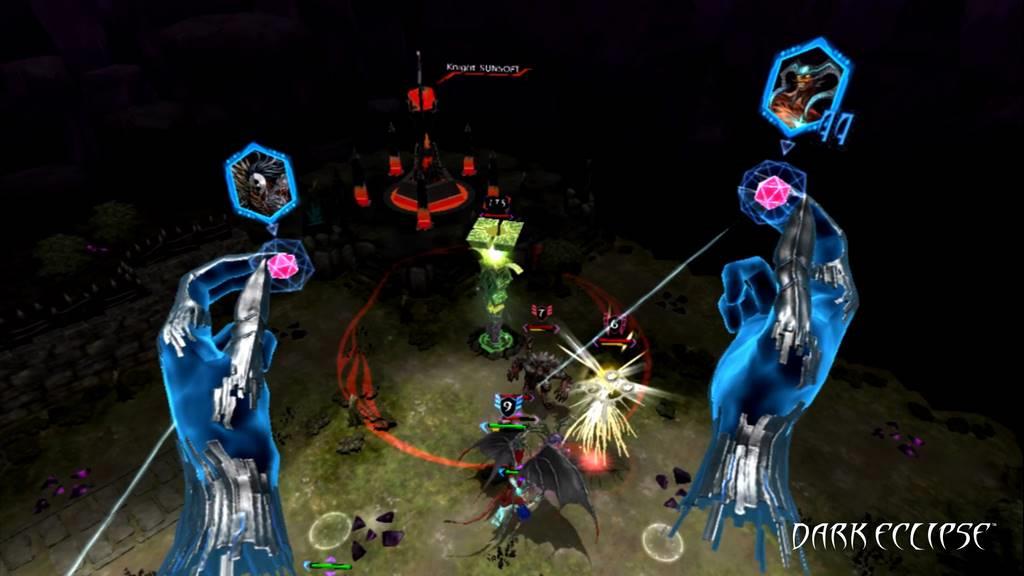 Once those barriers to entry have been passed, Dark Eclipse unfolds like a beautiful flower. This is a stellar game. The dynamic of racing to level up before your opponent does is endlessly entertaining. Outpowering your enemy and raining hell fire down upon them when they start to get uppity is beyond satisfying. Visually, the game is simple, but maintains a very cool style that makes you feel like you are playing with your toys on the world’s coolest playset. I love the feeling of watching my little super-powered soldiers march across the map, wrecking shop on any fool enemy that dares come into their range. Could this game exist outside of VR? Sure. Would it be nearly as cool? No way.

The free-to-play mechanics are fairly unobtrusive. Dark Eclipse has a pool of Leaders to choose from. Some are free all the time, some are for sale for real world money. You can also grind to pick up some of these for-sale characters with in-game currency. The game rotates for-sale characters into the free pool to allow players to try them out. While many of the paid characters are super cool, the free characters are 100% viable to get wins. This is not a pay-to-win situation. Additionally, you can pay for purely cosmetic stuff like skins for your characters and hands. Overall, the base product is totally fun to play without spending one red cent on additional content, so those worried about free-to-play rip-off mechanics can safely put those fears to rest.

Dark Eclipse has knocked down a couple of doors for me. I am not a MOBA guy, and I’m also not a RTS guy, but I have been playing Dark Eclipse obsessively. In fact, I was reluctant to stop playing long enough to type up this review. This game has its hooks in me, and I am 100% certain that I am going to be playing Dark Eclipse well into 2019. If you have any hesitation regarding the game’s perceived complexities, set a couple of hours aside to get your legs beneath you and I promise that you will fall in love with Dark Eclipse. This is a game that can eat away hours, days, weekends and keep you coming back for more.

Dark Eclipse is inarguably difficult to learn, but once you are over that hump the game is simply spectacular. Just because you don’t understand everything right out of the gate doesn’t mean that deep and thoughtful design isn’t present. There is real depth of strategy here, and the fun visuals are just the icing on the cake. I’m hoping that the audience that has currently found Dark Eclipse sticks with it (and continues to grow), because this is a great game that deserves to thrive.