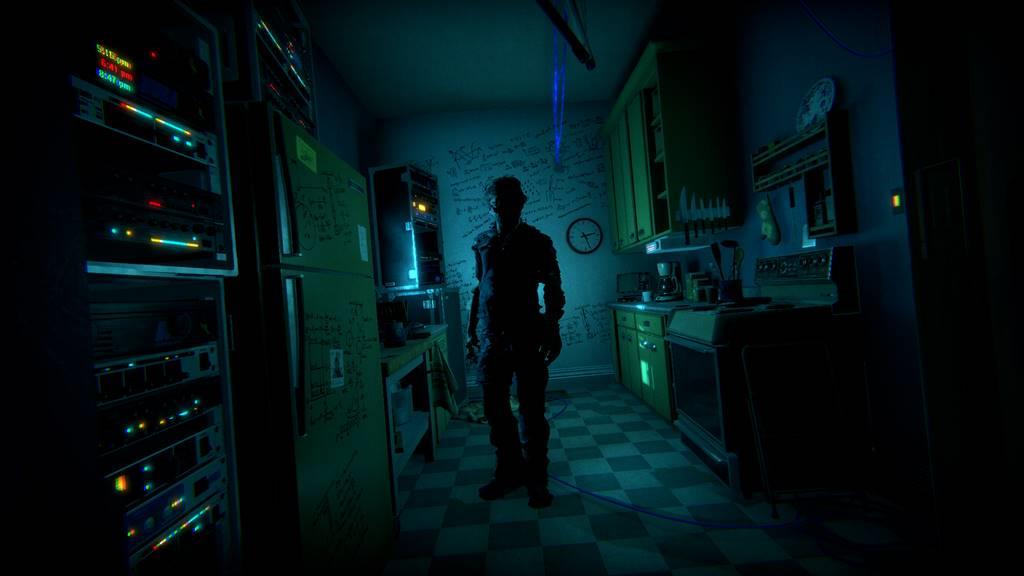 When I learned that Ubisoft’s new VR adventure/horror title Transference was produced in collaboration with Elijah Wood’s SpecteVision film studio, I wasn’t sure what to expect. Then I looked up SpectreVision’s filmography, and I realized that as a film distributor, SpectreVision is packing some serious heat in the horror genre. The company has produced/distributed such respected titles as A Girl Walks Home Alone at Night, The Boy, The Greasy Strangler, and the new nutjob Nic Cage thriller Mandy (among others). I’ve seen more than half of the titles in their filmography, without being aware of their shared pedigree. After learning of SpectreVision’s film history, my expectations for Transference were somewhat inflated. And I was in no way disappointed.

But even as I was aware of some of the seedier films that SpectreVision has had a hand in, I was surprised at just how deep and dark a hole Transference was willing to climb down into. I have been vaguely aware of Wood’s dark side for a while (if you haven’t seen the 2012 remake of Maniac, that’s a good place to start). But, man, Transference is dark. Dark, dark, dark. Pitch black. The themes explored in this game are very adult, and I quickly shooed my kids out of the room while playing it. Depression, obsession, spousal abuse, child abuse, murder, uh…putting bodies in the freezer, the existential crisis caused by the digitization of consciousness, you know...adult stuff. If you do decide to take the trip into Transference (and I recommend you do), be ready to experience some fairly sticky emotional material. One full motion scene in particular hit me with the force of a wrecking ball.

But I’m getting ahead of myself. Without revealing too much of the story, Transference is a tale revolving around a family of three. The mother, Katherine, is a talented and successful musician who has put her career on hold to allow her husband to pursue his dreams of scientific greatness. This scientist husband, Raymond, is attempting to create a system to digitally capture human consciousness, with the idea that he can create a “paradise” for those individuals that he is able to transfer into the digital realm. As Katherine begins to doubt the choices made on both sides of this situation, their son Benji finds himself caught in the middle of their escalating unhappiness. Having recently relocated from San Francisco to Boston, Benji is feeling displaced and neglected, and the game hints that perhaps he is being bullied at school for being the bright new kid. 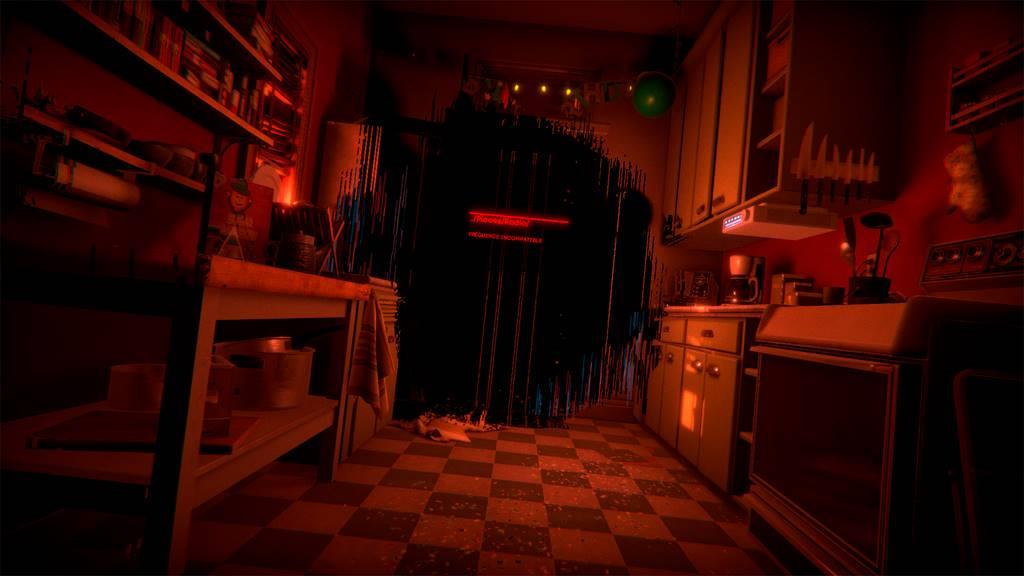 Of course, the script of Transference never comes right out and says any of this. All of this story background is communicated gradually through environmental clues strewn about the family apartment, where the majority of the game takes place. The player spends the better part of the game in this apartment, exploring the various rooms Gone Home-style, examining objects and slowly uncovering the truth behind what has happened to Benji and his family. There are also a number of well-produced video and audio logs (I think this is where SpectreVision comes into play) that offer insight into the harrowing events that took place in these desperate, twisted rooms.

The great twist on this exploration dynamic is that the player is able to toggle between different instances of the apartment. By triggering light switches, the player causes the apartment to shift around them, taking on different appearances and color hues. At first, I thought that I was flipping between the perspectives of the three family members, but I don’t think that is quite the case. After finishing the game, I think that I was flipping more between different time periods in the apartment, as reconstructed from the shared memories of all three family members. When you are stuck in one time period, not sure of how to solve a puzzle to move forward, flipping into another time period will often make the solution to the problem apparent. Objects can be carried between timeframes, so you often need to go find the solution to a puzzle in a different instance of the apartment, then bring it back to plug it in. In many ways, Transference reminded me of another recent horror title - Layers of Fear - in that solutions to puzzles would often reveal themselves through further exploration. I didn’t get stuck too often, outside of one particular puzzle involving sand and an hourglass.

The VR implementation in Transference is spot on, with the apartment looking and feeling like a real place. I marveled at the textures of tiled floors and plastered walls. Combined with the stellar sound design, the visuals in Transference lend the environment a true feeling of foreboding and menace. This of course makes it that much scarier when awful things happen. Make no mistake, Transference is a horror game, and though much of the discord players experience is psychological in nature, there are still some fairly epic jump scares waiting to give you heart palpitations. Though there is no “dying” in Transference, and no real fail state to speak of, that doesn’t mean that the game won’t make you fear for your life on occasion. 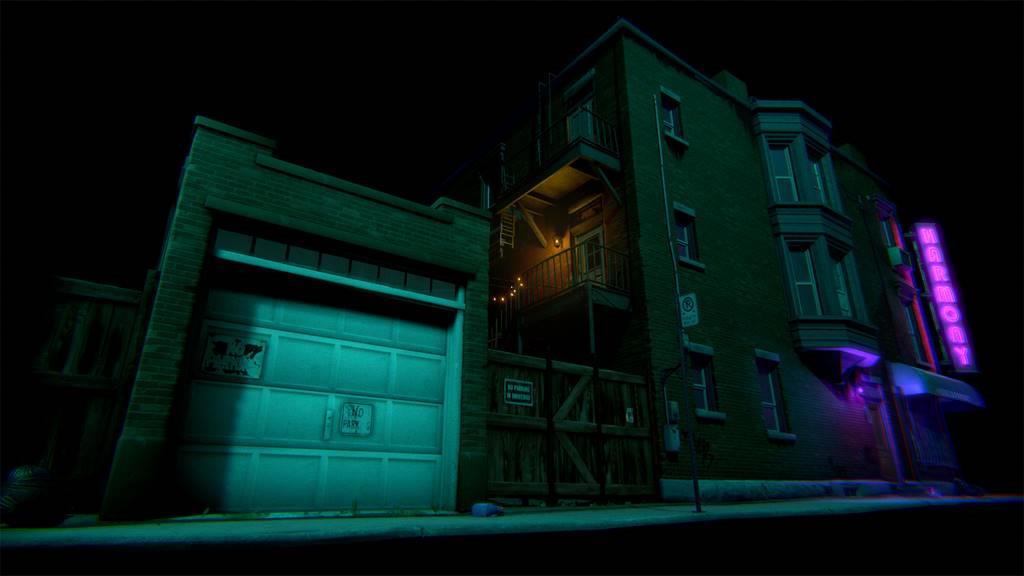 If you don’t have a VR system at your disposal, Transference is also fully playable as a “flat” video game. While I was enjoying the game in VR, in order to finish it I was forced to stream the flat version to my Vita (I have little kids in the house, so it’s sometimes difficult to sit for hours with a headset on). Even on the small screen of Sony’s handheld, the story and visuals of Transference packed quite a wallop. That said, now that I know the solutions to all of the puzzles, I’m going to make another run at the game in VR. I feel like there are some later portions of the game that I simply must see in 3D.

I am fairly certain that I will be able to complete Transference on my second run in under an hour. Though it took me around three hours to complete in my first run, like all “walking simulator” games, you can pretty much just make a beeline through the game once you know what you are doing. I would highly recommend taking your time the first time through, though, watching the videos, examining objects, and just soaking in the disturbing atmosphere.

The videos themselves are mostly of the “look at the camera and talk” variety, though there are a few that feature the different characters interacting. They are well-acted (particularly for video game videos, which can operate on their own weird levels at times) and well worth the few minutes to watch. That said, some of the object that allow access to the videos are very well-hidden, which makes me feel a little bad for the actors. I know that a few of these videos will be seen by very few players, and a few of the deeply hidden videos are some of the best in the game. I would recommend scouring the environment, or even resorting to a guide after your first playthrough to pick up all of the tapes and USB drives needed to see the entire story.

I also wanted to briefly acknowledge Transference’s free demo, “The Walter Test Case”. While this is a much smaller, even bite-sized offering, it is a separate experience from the main game which uses the same mechanics and supplements the primary story nicely. If you enjoy Transference, it is worth a few minutes to play through the demo, if only to acknowledge the hard work that went into creating a unique and detached experience.

Transference is an interesting experiment in the blending of gaming and full motion video. The result is a surprisingly mature and disturbing experience, particularly in VR. While some might find the experience to be a little short, I enjoy self-contained stories of this nature, and will almost certainly revisit Transference for another run-through. I’m hoping that these Ubisoft and SpectreVision decide to work together again in the future, as Transference feels like the opening dance is what could be a lasting relationship. So long as neither party is into science.

Film company SpectreVision dips their peanut butter into Ubisoft’s videogame chocolate, and the two great tastes taste great together (in a horrible, family-murdering sort of way). While some might balk at the shorter length of Transference, I found the experience to be spot-on, particularly while played experienced in the very high-end VR. With a unique take on “walking simulator” mechanics and some fun (and not overly difficult) puzzles, Transference feels like an afternoon well-spent. Just be ready for some dark, adult themes. They don’t call mad scientists ‘mad’ for nothing, and Transference has one doozy of a mad scientist.