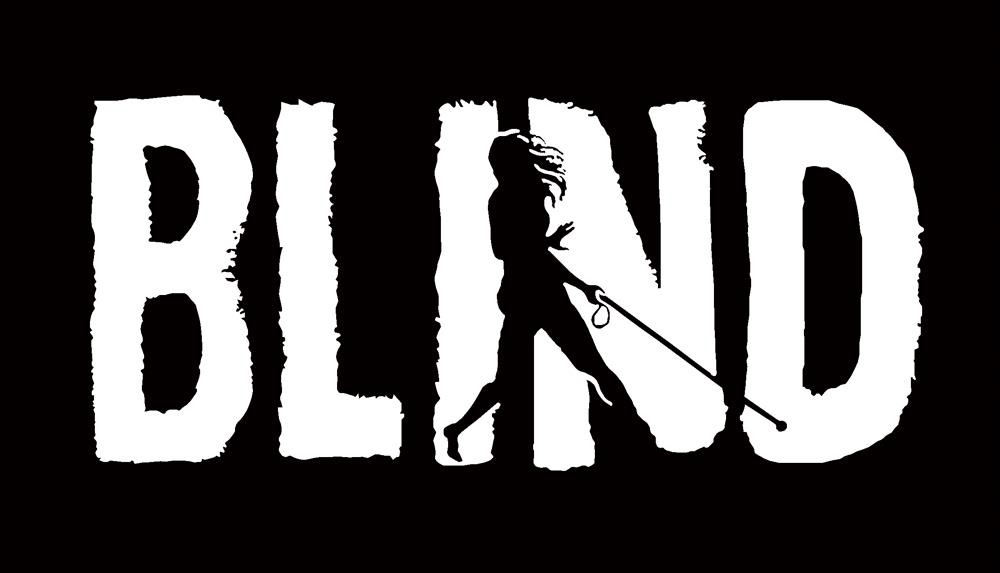 With a name like “Blind,” you don’t really have much to go on if you are trying to guess what a game might be like. A quick search (well, it got a whole lot quicker when I added “VR” to the title) found this concise description: “Blind is a narrative-driven psychological thriller for virtual reality where the player is blind and must explore their surroundings using echolocation.”

Okay then. That clears it right up, no? Well…. No. But it sure did sound like it might be fun to take a look at it, so to speak. It doesn’t take long to figure out that it is a room-escape type of puzzle game. It does take a few moments to figure out how to get it started, though. You start off in a VR-style menu system, which is typically a mini-puzzle precursor to the real puzzle. You are presented with three doors: New Game, Continue, and Options. That seemed easy enough, but I couldn’t seem to move towards any of them. Tough puzzle, considering that the game had yet to start. The solution to this perplexing puzzle turned out to be patience - it seems that the game had not finished loading. Once it had and I was released to move, it was easy to figure out the mobility scheme on the Touch controller and stroll on over to the New Game door. Disaster averted!
Once through the intro scenes, which described our main character’s plight. This bring a puzzle game, I need to tread lightly to avoid unintended spoilers. That said, I feel safe in sharing the description provided on the Oculus store page:
Waking up in a strange room with little memory of how she came to be there, a young woman makes the shocking discovery she has lost her sense of sight. Goaded by the sinister and sadistic Warden, she must explore a twisted and frightening mansion using sound alone. By sending out soundwaves with a cane, the outlines of objects are revealed briefly, enabling the player to navigate the mansion, solve puzzles and uncover the mystery of what is happening to her. 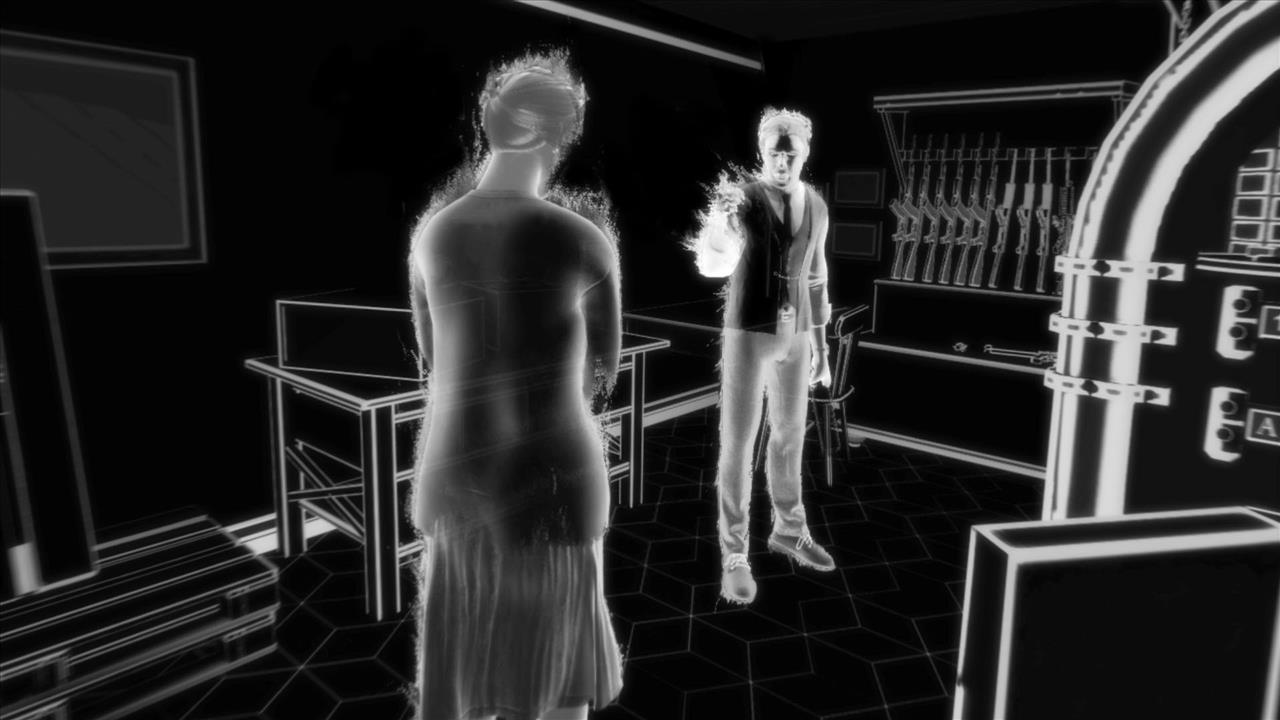 I have to be honest: while the promise of solving puzzles to escape a mansion wasn’t in the least bit disconcerting, the part about be blind was troubling, primarily because it is a VR game. That matters. The thing about VR games is, of course, the amazing feeling of actually “being there” that you get from the full immersion. The ability to truly transport your sense into an entirely different world is at least partially made possible by the restriction of your peripheral vision.
As an example, I once got the opportunity to drive a car racing sim in a full motion platform. The platform attempted to provide the feeling of G forces by tilting the chassis - hitting the brakes caused it to tilt forward, the idea being that you would feel like you were under heavy braking. It didn’t work because my peripheral vision told me that we were tilted forward, not experiencing horizontal forces brought on by braking.
VR most assuredly does not suffer that weakness, at least with regards to the Oculus Rift. So why did that give me pause? Well… blindness. Everyone has phobias. I have a number of them. Now I don’t know for sure that a fear of blindness is a named phobia, but it ought to be. I can think of few things more frightening to me than the thought of waking up blind. I have been made very uncomfortable in previous VR experiences due to the immersion factor, and this one sounded like it was going to be my nightmare brought to life. And to a degree, it was, but not nearly as much as I had feared. There were mitigating factors.
Again, I want to remain clear of spoilers, so I won’t talk much about the details of the puzzles, but the mechanics of the game are open for discussion. That’s a good thing, because the most innovative aspects of Blind are not necessarily the puzzles themselves, but the brilliant innovation in the way you search for clues. The mundane physical aspects like opening doors and gripping objects are pretty mainstream with the controllers, but the means of “seeing” your surroundings are very clever indeed.
As mentioned in the blurb, you “see” in the same way a bat does, which makes the expression “as blind as a bat” a factual statement. Bats use something called “echolocation,” which is exactly what it, uh, sounds like. Bats emit high-frequency sounds in a form of organic sonar; the echoes from their screeching are processed by their brains to provide some type of sight picture. The game is similar, although your “vision” will be assisted by all kinds of ambient sounds, plus the echoes you create by yourself by dropping objects or tapping on things. It all appears to you in black, white, and shades of gray. It’s not a lot, but it is enough to find your way around the mansion hunting for clues and objects to assist in your escape. You also receive somewhat cryptic advice from a mysterious helper at times, but he mostly just helps to move the narrative forward. 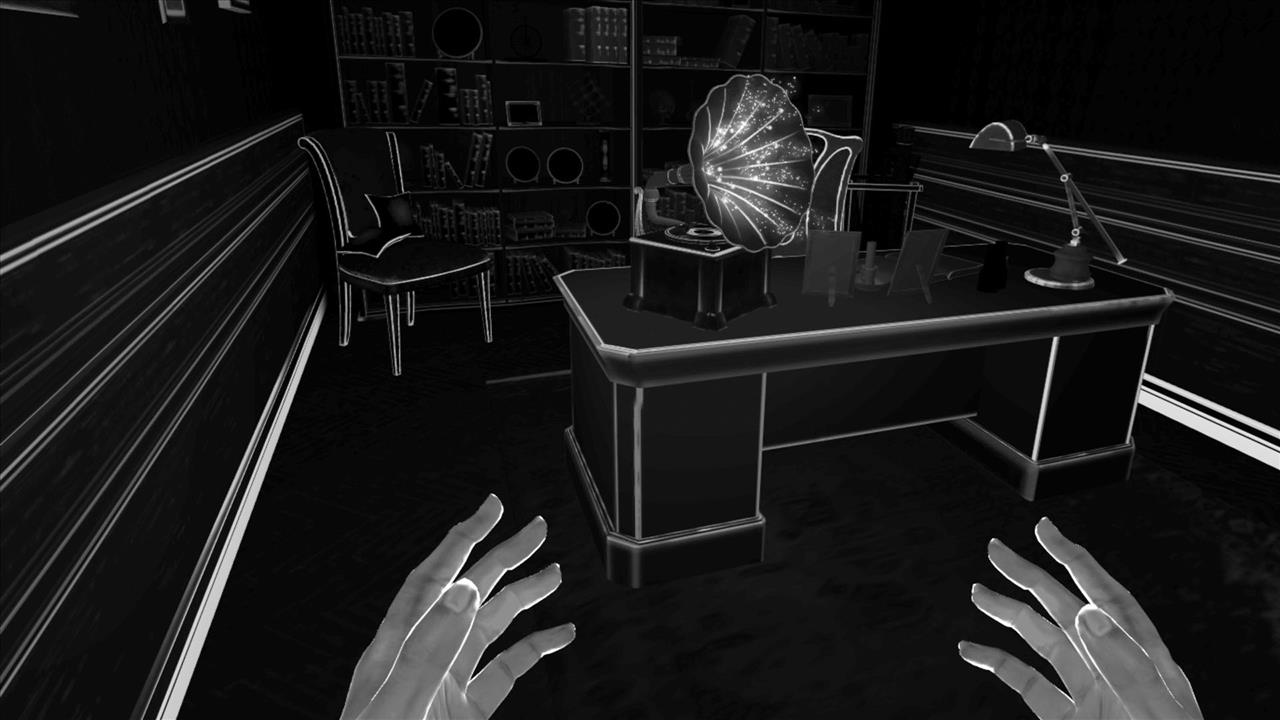 While useful, it does take some time to get used to having to tap your way around to see where you are going. That too became almost natural after awhile, and soon started to feel something like it must be for an actual blind person navigating with nothing but a stick, even though they are more likely to be relying far more on their sense of touch. The result, however, seems like it would be similar: I found myself tapping my way down a hallway without any conscious thought, other than wishing the echoes would show more, and for a longer period. Still, I only got into a panic-inducing situation once. I entered a room, couldn’t get my tapper to work, couldn’t find my way out, and started to get very, very tense. My avatar hands were even shaking! I was unable to determine whether this was normal or if I had run into a bug; it didn’t matter, really—I just escaped out of the game and restarted that level. The second time through that particular door worked fine.
I am very hesitant to say much at all about the puzzles for obvious reasons, but I will say that while some were similar to the types you will find in most room escape games, there were others that were dependent more on auditory clues. There are a lot of interactive items to be picked up, drawers to open, shelves to search, and doors to unlock, and it eventually got to be a bit of a grind, but I also found that I was starting to enjoy my new way of seeing things. 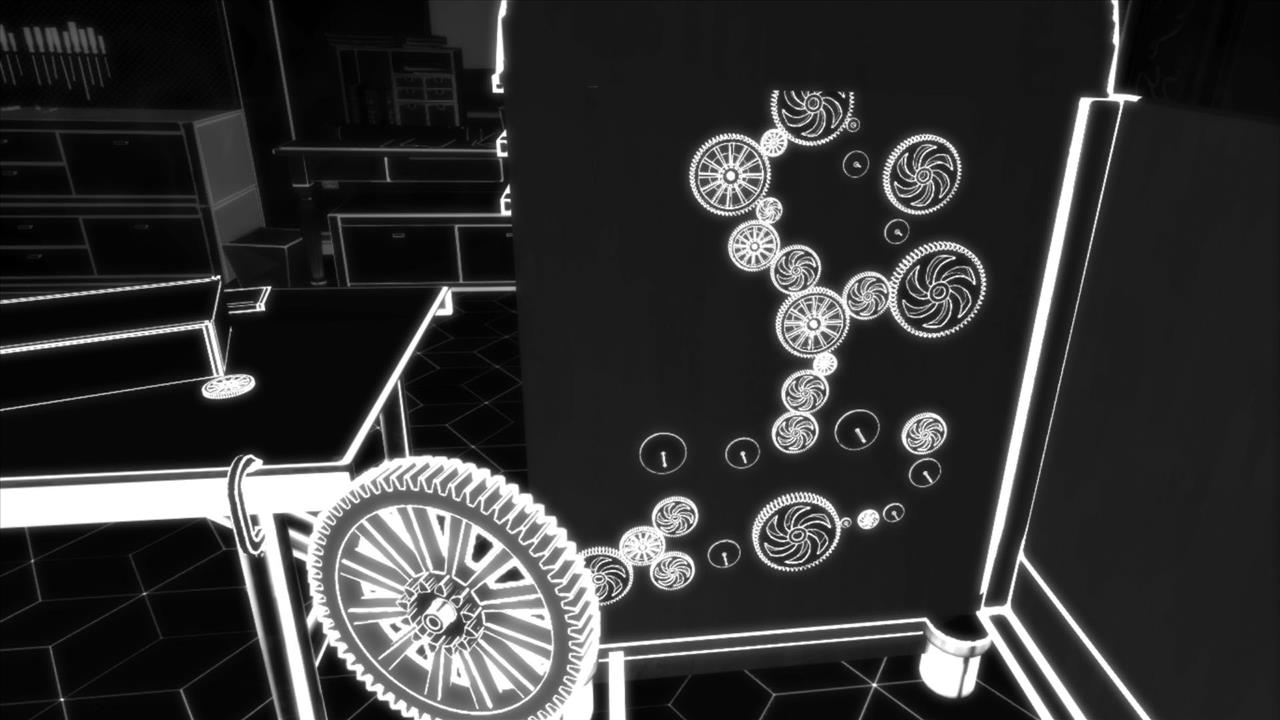 I’m not especially good at room escape in general, so take this with a grain of salt, but this one seemed to get more difficult than what I’m used to. I definitely got stuck a few times. In fact, I’m still stuck after about six hours of play, but feel oddly compelled to surmount this challenge despite my infirmity.
Graphically, the game isn’t much to look at, of course. As I said, it’s black, white, and gray. The echolocation appears to you as a sort of lamp or flashlight. When you (or another object in the room) makes a sound, the soundwaves appear as a fast moving wave of light, naturally, but there are also little white floaters in there, the purpose of which I never really discerned. Probably just to help indicate where the waves were going. Louder, sharper noises typically created more “light” than softer, cushier things like pillows and upholstered furniture. If you tapped something hard like a tabletop enough times, you could actually oversaturate the room and end up temporarily blinded by the light too.
Blind does an excellent job of taking a fairly common type of game and making it extraordinarily uncommon. It uses an innovative simulation of blindness to add a large measure of personal discomfort and stress to truly make the player feel as if they MUST get out of that building, despite their unexpected and frightening affliction. It also manages to provide that level of stress without going too far - the echolocation is so well executed that you soon come to terms with the hardships inherent in blindness, build some mitigating habits to work around it, and get back to concentrating on escaping that terrible mansion.

Blind is basically a room escape game that does an excellent job of taking a fairly common type of game and making it extraordinarily uncommon. It uses an innovative simulation of blindness to add a large measure of personal discomfort and stress to truly make the player feel as if they MUST get out of that building, but doing so is going to be next to impossible with their unexpected and frightening affliction.