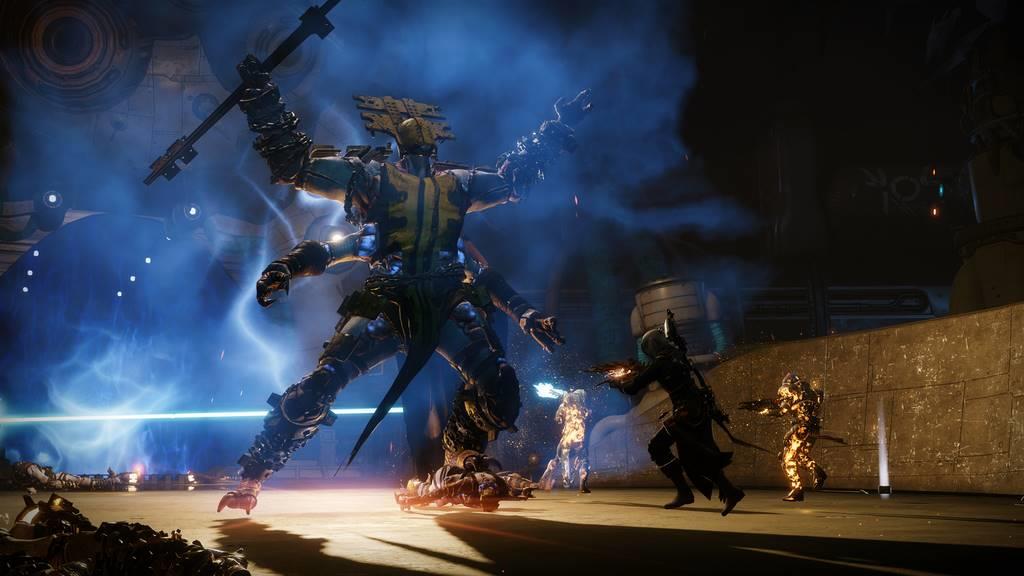 Destiny 2 was a flawed game. I think that's a fair statement to make. I mean, to be honest, no game can really be considered perfect, but it's hard to argue that Destiny 2 delivered to it's fullest potential. With hundreds of hours between Destiny 1 and Destiny 2, I'm probably considered more than just a Destiny casual, but I'd still be hard-pressed to consider myself a hardcore Destiny player. My time spent with the game was almost always reflective of the whims of the community. I would hop on to do weeklies, maybe drop a nightfall here and there, but I never found myself raiding week after week, or grinding into the wee hours of the night.

To me, one thing was clear: In order to succeed, Destiny 2 needed to change. Games like Destiny 2 should value maintaining a smaller core of consistent players over a larger, short-lived player base. At the start of year two, Bungie delivered the Forsaken expansion, which seeks to redefine and improve the way players experience Destiny 2.

Story-wise, Forsaken delivers a strong campaign that stands as a testament to the design themes of the expansion itself. I obviously won't delve into spoiler territory, but the core of the campaign centers around the death of a long-standing character much loved by the community (It's literally in the trailer so I really don't consider this a spoiler). Playing through it, I felt like this kind of bold move sets the tone so well in Forsaken, almost like they're letting me know as a player to expect this level of audacity throughout the rest of the expansion. The story, while good and enjoyable, isn't really the focal point of the game. It facilitates the leveling of your character and set-up for the end game. So it's good, but just not the most important piece of the puzzle.

The new locations of Forsaken remain in line with what I've come to expect from Destiny's location design. That is to say, the design and visuals are spectacular, drawing me in and keeping me enamored as I bounce from one beautiful location to the next. One of the primary locations in Forsaken, the Tangled Shore, has a visual design that gives me major Borderlands vibes, and I was really digging it. This is an area where Bungie has always excelled, and it was nice to see they didn't disappoint. 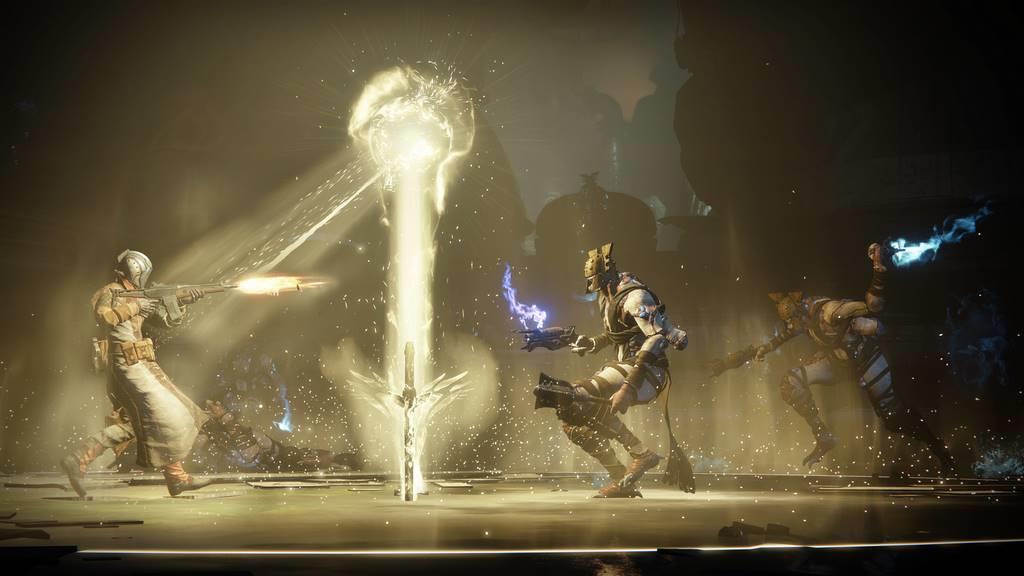 So let's dig into the grind. This is where most core or hardcore Destiny players are going to be looking, as it what keeps us coming back week after week. Destiny 2 brought a reasonable amount of week to week grinding, but ultimately it fell off, leaving myself (and probably other players) with seemingly nothing to do. One of the key must-haves of Forsaken was to bring back the grind, and a reason to look forward to those sweet weekly resets.

The easiest way to start this off is to say that I am hooked on Destiny 2 again. Forsaken brought with it a whole amalgam of content to facilitate an increased grind. First and foremost, random rolls are back in full force. Now it's not just about finding the weapon you want but grinding for those drops in order to get the perfect roll. Random rolls are a seemingly perfect way to implement end-game grind, as those trying to min/max can pour endless hours into crafting the perfect loadout. The release of Forsaken also brought three new supers to each class. There are a total of nine new super subtrees between the three classes, each one requiring some grinding to fully unlock. My personal favorites are Chaos Reach, the Warlock's Kamehameha-like arc beam, and Blade Barrage, the Hunter's spinning exploding knife throw. Honorable mention goes to the Titan's Thundercrash arc super, which has some of the most incredible movement tech I've seen in a game. 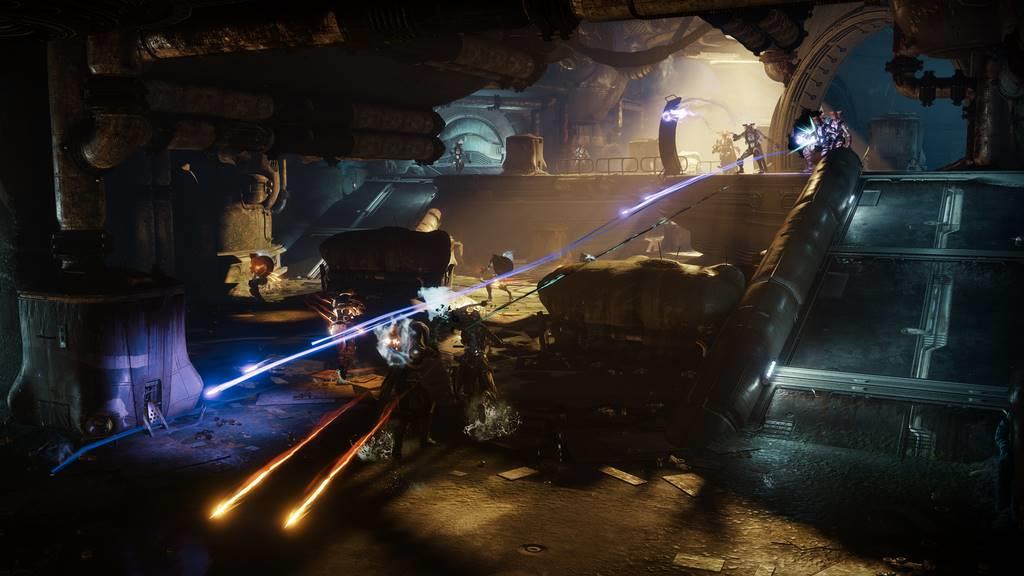 After taking a closer look at how players grind power, Bungie seems to have made some changes to the availability of weekly activities. A lot of weekly activities return, such as the Nightfall, Crucible, and strikes. The major change here is that the weekly activities have much more breadth. There are weekly activities associated with Nightfall, strikes, Crucible, Gambit, bounties, the Flashpoint, the Dreaming City, and the Raid. Outside of that, there are other special bounties, missions, or daily activities that can also reward loot guaranteed to up your power level, so there's no shortage of variety in the weekly grind. I've been playing for nearly two weeks now, grinding power on all three of my characters, and one of the nicest things is being able to bounce between activities so things don't feel so repetitive. It feels like such a healthy change and is sure to keep me around longer.

Speaking of the raid, this one's a winner. Amidst a lot of opinions that the raids lairs from year one didn't provide enough content or length, the Last Wish raid brought an onslaught of both. I haven't completed the raid yet, considering that despite my 40 hours of grinding I was still well short of being able to push into the higher power levels of the raid. I did, however, have the pleasure of watching the world's first race which showed how even the best and most committed Destiny players could be pushed to the brink. The world's first completion took just over 19 hours, with only two or three teams managing to finish in the first 24 hours. Challenging is what the community wanted, and it definitely looks like what they got. 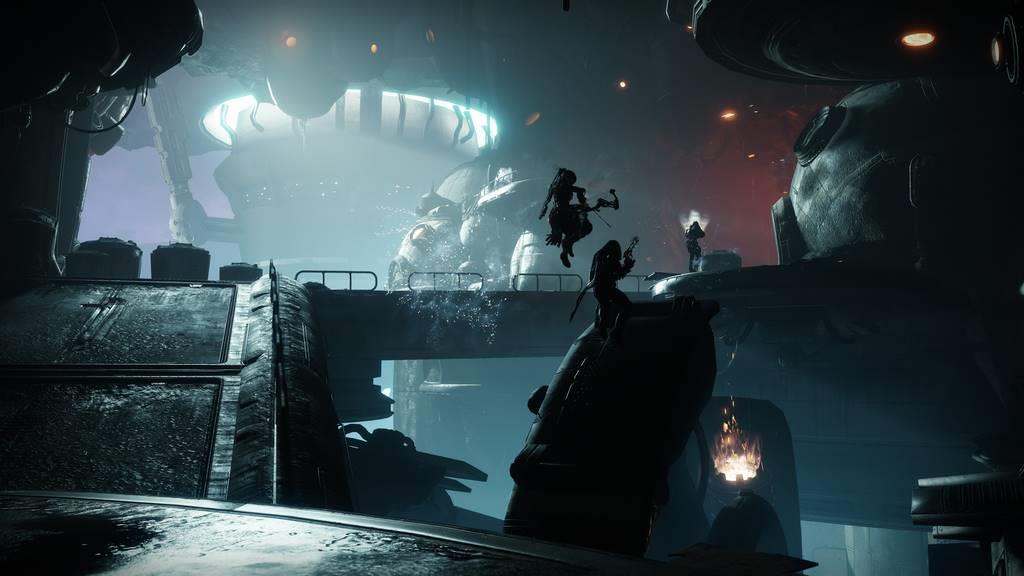 Let's pivot to PvP for a second here. The first things to talk about are the weapon slot and Crucible changes. Historically, I'm much more of a PvE player in Destiny, as the gameplay in the Crucible was never my cup of tea. That being said, I absolutely detested Crucible in Destiny 2 when it launched, and in that case, the PvP community was actually in agreeance with me. Over the first year of Destiny 2's lifecycle, a significant portion of their previously faithful Crucible players departed the game, as they felt the games PvP had lost its core identity.

Forsaken's weapon changes worked to revert the weapon system to be more reminiscent of Destiny 1, and with it brought some changes to Crucible to quicken the pace of play and revive the player base. The return of 6 v 6, the ability to run a much more curated loadout, and random rolls have all brought the core of Crucible back together, and I have to say I'm digging it. I don't think I'll ever be a Crucible-first player, but with the release of Forsaken I no longer find myself dreading those five weekly crucible matches. In fact, just the other day I think I was actually starting to improve a little bit. 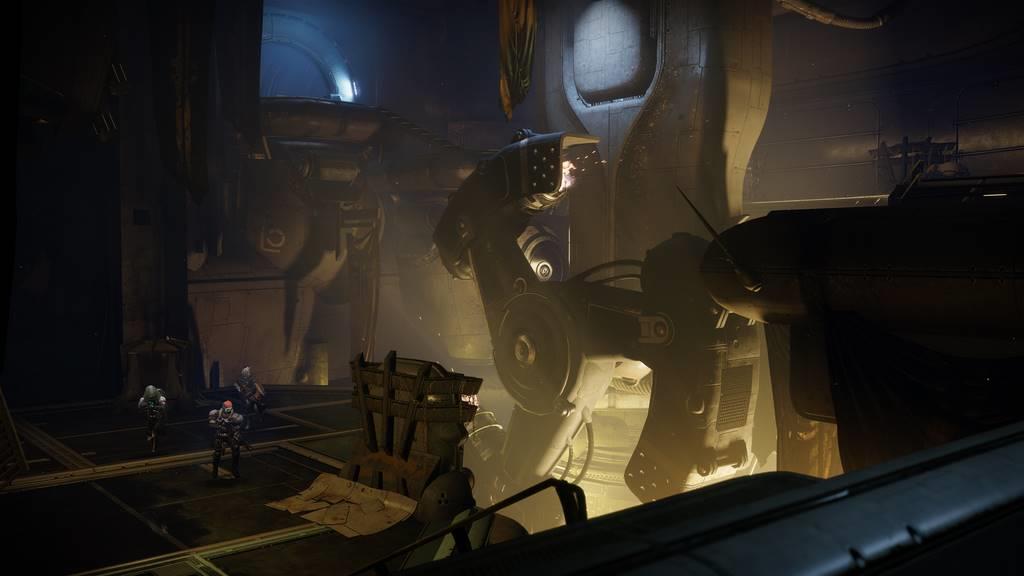 The last thing that needs to be looked at is Gambit, Forsaken's new original game mode. Gambit as a game mode is a player vs. environment mode, but with player vs. player interaction mixed in. Two teams of four go up against each other, but not directly. They both spawn in different arenas, and they kill AI enemies on their side and collect motes. When they bank these motes, it creates blockers on the other side, slowing down the other team's ability to bank their own motes. Once a team has banked enough motes, a boss called a Primeval will spawn on their side. The team that kills their primeval first will be awarded the victory. But remember when I said it's also a player vs. player activity? At certain amounts of motes, a portal opens and you can send one player to the enemy team's side to try and kill them. Killing a player denies the motes they are holding, or, if the primeval is out on the field, will result in healing the primeval a portion of its health.

Gambit is that thing in Forsaken that I don't think anyone knew they wanted. Then, they saw it, and they said "Yes. I want that. I want that more than I've ever wanted anything in Destiny." Or at least that's how I felt to me. Gambit feels like the quintessential mode that perfectly balances PvE and PvP. In the past few weeks, I've played this more willingly than I've ever played Crucible, and even now I'm itching to dive in again.

Forsaken looks and feels like the Destiny 2 we all wanted at launch. It now has to stand the test of time, but the first few weeks of the game are a solid indication that Bungie has learned from their mistakes, and are on a path to perfecting what the game should be. Good story, great core mechanics, a satisfying and rewarding grind, and a really exemplary unique game mode mark Forsaken as one of the best expansions in the life of the series. If you were holding out or looking for the moment to dive into Destiny 2, this is it.