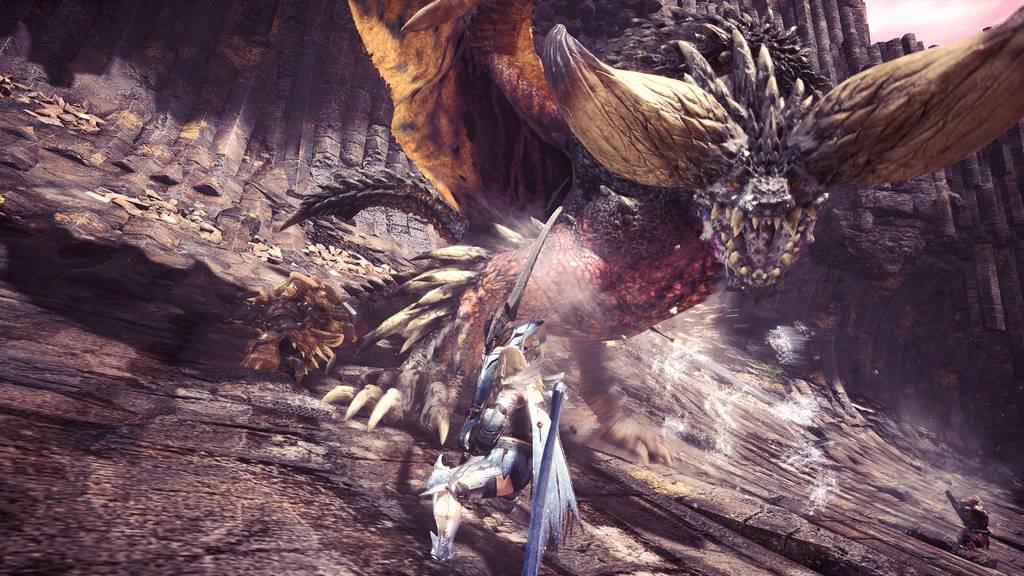 Now that we’ve cleared that up, I’m going to take a minute to talk about what Monster Hunter is at its core. As its name may suggest, the game revolves heavily around hunting monsters. Players take on the role of a hunter tasked with researching and hunting monsters in a variety of environments. While there are story justifications for the hunts, the central gameplay loop (and most interesting mechanic) is using the parts harvested from slayed monsters to craft better weapons and armor. The game ramps this up excellently, starting you out on easier smaller monsters and building up to the bigger ones. As you progress through the different monsters, they get tougher and tougher, sometimes requiring you to farm previous monsters to improve your gear.

The game’s greatest feature is the pure amount of variety it brings to the table. Every monster is unique and has completely different attributes and behaviors. For example, one of the first large monster hunts you do in the game is the Great Jagras. The Great Jagras is basically a giant lizard, and as you do more damage to it, it will go and find a smaller monster to eat, expanding it’s stomach and completely changing it’s moveset. New hunts bring new flavors to every fight, and force the player to evaluate the situation and adapt to an evolving enemy. 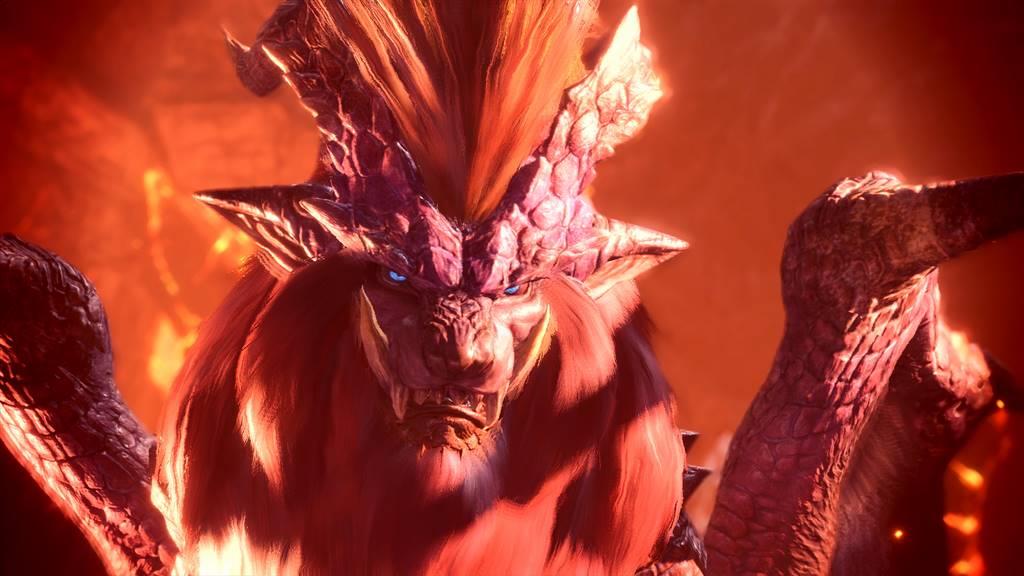 Another source of variety in the game are the weapons. There are 14 different weapons in Monster Hunter: World, and each one is like playing a completely different game. Every weapon has a unique focus and specific combos, so each one requires the player to learn it and understand how to maximize its effectiveness in a fight. My weapon of choice for my playthrough was the insect glaive. The insect glaive is focused on mobility and evasion, which is among my favorite playstyles in any game. It’s main combo allows the player to launch into the air and keep damaging the monster while staying airborne. The other facet of the weapon is the ‘insect’ part. The glaive comes with a bug called a Kinsect that can be commanded to attack a monster. Based on the part of the monster the Kinsect hits, it gains a buff which can be returned to the glaive. Once the glaive has all three buffs, all of it’s combos are enhanced and it starts pumping out even more damage. On PC, I opted to stick with the insect glaive the entire time to really master the weapon, but I’d previously tried the longsword, greatsword, and switch axe when I played the console version. It’s really fun taking the time to learn and master new weapons, and it brings more diversity to the game.

In terms of story building, the game splits into two distinct sections. It’s hard to put an exact hour count on it, but the first ‘half’ of the game took me about 25 hours. During this part, the player is introduced to a lot of monsters as they track and hunt an elder dragon: Zorah Magdaros. This part of the game is actually called Low Rank, but you don’t really know that until you progress into the second ‘half’ of the game, which is High Rank. After you enter High Rank, you’ll be fighting against a lot of the original monsters, but they’ll be much tougher and their core mechanics will have adapted. Slaying or capturing monsters in High Rank yields better materials, allowing players to craft even better (and cooler looking) armor and weapons. As you progress through High Rank, you’ll go up against some of the toughest monsters in the game, the Elder Dragons.

In terms of my own experience, I put about 15 more hours in after hitting High Rank and feel like I barely scratched the surface. There is so much more to do and the increased difficulty requires  a little more grinding to make sure your loot is up to snuff. I consider myself a collector type in games, and Monster Hunter definitely scratched that itch for me, as I found myself hunting monsters repeatedly just to grind enough resources to craft their entire armor set. Lastly, even with all the time I put into the game, I’m looking forward to diving back in just to try out all the different weapons. This game seems to just keep on going and going, and in this case it’s a good thing, as I really never felt myself wanting new content.

Given that this review is specifically for the PC port, I’ll take some time to talk about how it performed on PC. My PC runs on an AMD Ryzen 1700, 16GB RAM, and a GTX 1080. I didn’t see any performance issues directly impacting my frame rate, but initially the game was really taxing my GPU, which I think caused a few crashes. I modified a few settings which seemed to fix this. Primarily, I turned off the environmental fog, both because it helped performance and because I felt like the game looked better without it.

One of the biggest failings of the PC version is the controls. When I first loaded the game I tried to play with keyboard and mouse, but I quickly had to switch back to a controller because the controls are so poorly implemented. Camera panning is constrained, so trying to turn too fast makes the game feel really unresponsive. Some of the mappings from controller to kb+m aren’t even complete, so actions like accessing your hotbar aren’t even possible from the get go. This wasn’t a dealbreaker for me, as the game still feels great on controller, but if you’re really against using controller you may want to hold off until Capcom delivers a patch to improve the keybinds. 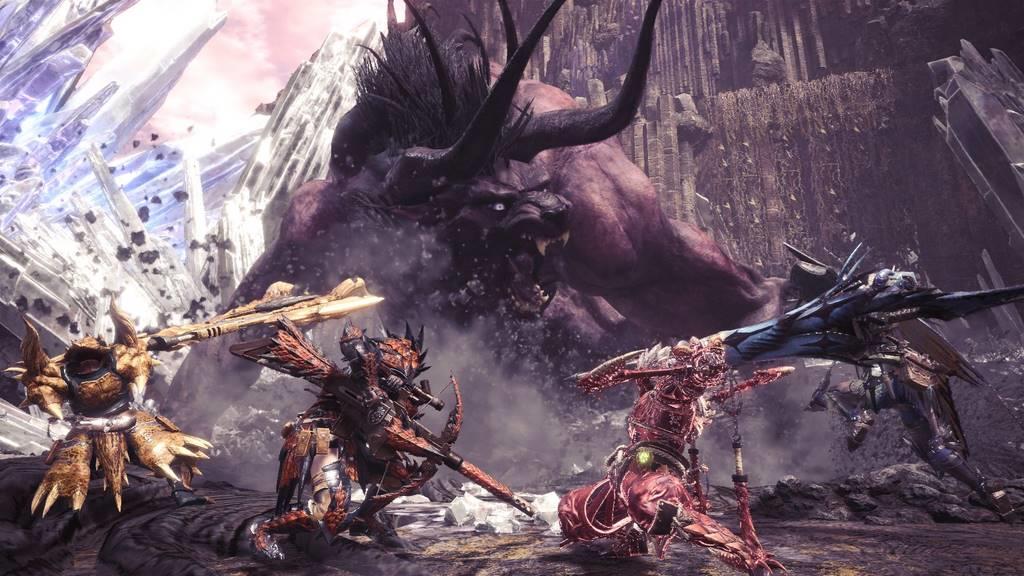 The final frustration with the PC version was the multiplayer connectivity. I understand the game is very popular and probably experienced an incredible amount of traffic in the weeks since release, but most of my attempts at co-op hunts with friends resulted in random disconnects mid-hunt, which really sucked the fun out of the game. Capcom has acknowledged all three of these issues and are working through patches to improve the experience, so hopefully it’s just a waiting game to see these improvements come through.

When it comes to Monster Hunter, the level of depth in the game leaves a lot to talk about, and I don't think it's possible to capture everything in this review. I personally think this entry in the series is a fantastic addition, both for returning fans and new players like myself. The game is a tremendous amount of fun, balancing challenge and reward perfectly in a way that made me want to keep on hunting for hours on end. The PC port itself has some technical issues which detract from the overall experience, but the quality of the game underneath more than makes up for it.

When it comes to Monster Hunter, the level of depth in the game leaves a lot to talk about, and I don’t think it’s possible to capture everything in this review. I personally think this entry in the series is a fantastic addition, both for returning fans and new players like myself. The game is a tremendous amount of fun, balancing challenge and reward perfectly in a way that made me want to keep on hunting for hours on end. The PC port itself has some technical issues which detract from the overall experience, but the quality of the game underneath more than makes up for it.