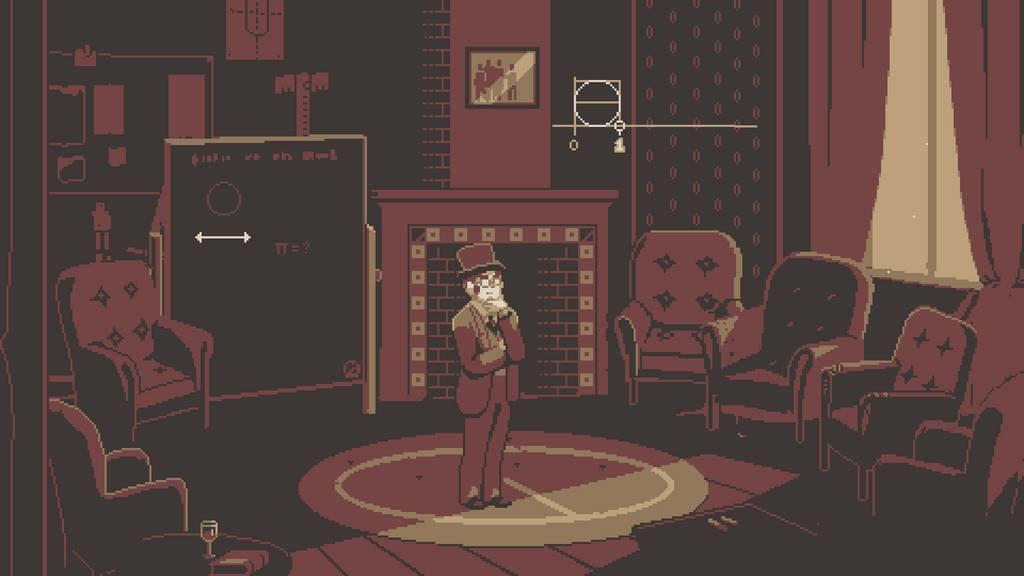 Point and click games have been a staple of the video game industry since it's inception.  Even today we have point and click games being made, usually by the company TellTale Games, and the games feature a great story with some nice gameplay thrown in.  While I haven’t played too many of these games, the ones I’ve played such as Minecraft and Tales From the Borderlands have had this nice blend of story and gameplay.  But what about a game in this style that’s more focused on the narrative and set in a more realistic setting?  Let’s go ahead and take a look at The Lion’s Song on the Nintendo Switch.

The Lion’s Song is split into four chapters, each focusing on a different person or group of people in Vienna, Austria in the early 1900s.  While the choices in one chapter may not directly affect the others, references from previous chapters will be made later on, such as a song from the first chapter’s subject being heard in the next chapter.  Thankfully with the Nintendo Switch version you get all four chapters right from the start.  The first chapter, Silence, follows a composer and violinist named Wilma who, after talking with her mentor Arthur, travels to Arthur’s cabin up near the mountains in order to write her next piece of music in solitude so she can concentrate better.  However, she only has a week to find some inspiration to compose her piece.  The stormy weather outside of the cabin along with Wilma having minimal interaction with anyone else helps give the feeling of seclusion.

Chapter 2, Anthology, revolves around a painter named Franz who’s trying to make a good impression with his portraits to the high society of Vienna.  Franz has the ability to see who people really are and expresses that in his portraits.  Something you’ll see with The Lion’s Song is not only the ability to make certain choices throughout each chapter, but having those choices impact the narrative.  Anthology is a great example of this as a couple of times you’ll have to make a choice between two subjects to paint, and then you’ll be asking them various questions as you paint them.  Choosing the questions you ask incorrectly will result in an unfinished painting or one that isn’t looked highly upon by others. 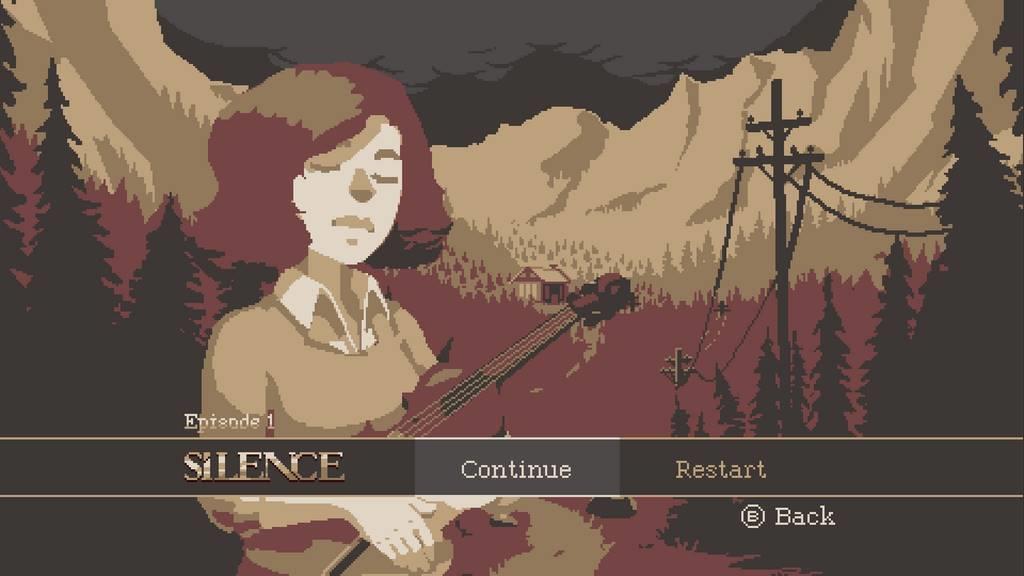 Chapter 3, Derivation, follows a woman named Emma as she tries to prove herself as a mathematician, something unheard of for a woman in that time period.  Emma has to find a way not only to prove her theory, but a way to present it to a group of esteemed mathematicians as they don’t take her seriously.  The final chapter, Closure, is kind of a mix of an epilogue and history of the previous three characters.  You’ll learn about what the characters have been doing since their corresponding chapter or how they came to be who they are, plus you’ll see a few more connections between them.  Each chapter after the first tends to have a reference of some sort to a future chapter.  For instance, a character you meet in the first chapter may briefly show up in a future chapter, though as a brief cameo of sorts and has no huge bearing on the story of that chapter.

One thing that struck me as interesting before I even began playing the game was the art style.  The Lion’s Song uses a pixelated art style which kind of gives it an older, more retro-styled look, but more than that is the color scheme.  The developers went with a sepia color tone and I actually like how it looks.  It’s something that I don’t recall ever seeing in another game before but it kind of makes sense to go with it given the time period the game takes place in.  As for the audio…well, a lot of the time there’s very little to no music at all.  Music is played here and there, but quite a few times it’s reserved for certain points in the story, such as Wilma finding inspiration for the piece she’s composing or Emma having a new idea for the theory she’s working on.  I actually like this as it helps draw the player more into the story. 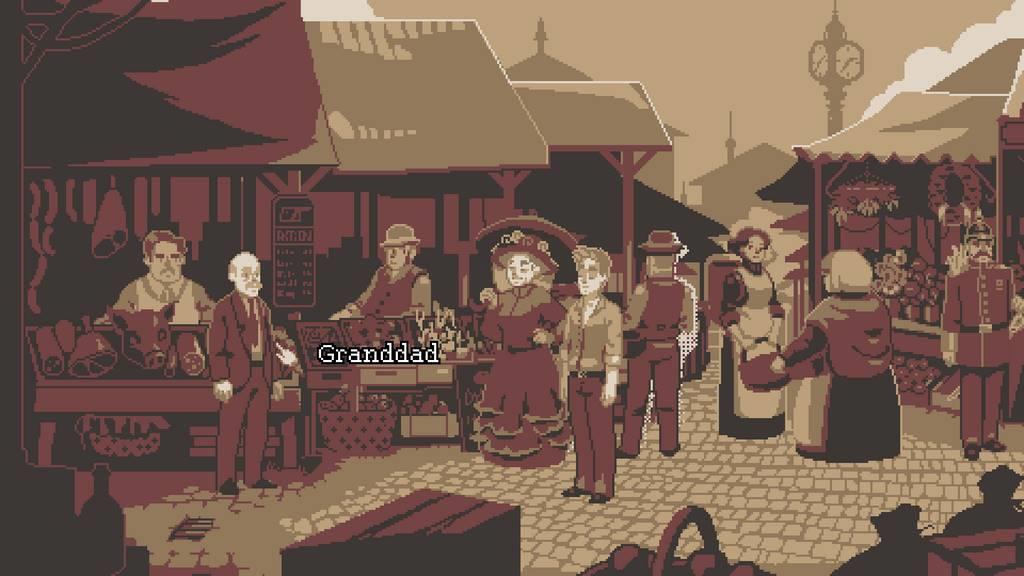 I mentioned that each chapter has several times where you have to choose a response and the chapter will play out depending on that choice.  At the end of each chapter you’ll see a list of several responses you made and the percentage of people who’ve played the game and made the same choices as you did.  You’re also given the option of remaking those decisions by selecting certain ones and going directly to that point in the chapter.  I actually like this inclusion for a particular reason.  On the title screen there’s an option called Connections Gallery which is kind of like an achievements room for each chapter, but there’s a lot more to it.  At first I thought the pieces in the gallery were unlocked by what you did in that chapter, but it also depends on what you’ve done in other chapters as well, including the pieces for the first chapter.  For example, one piece in chapter three is obtained by doing something specific in chapter two, and then doing something specific in chapter three.  Some pieces, including a couple in the first chapter, might make you replay a previous chapter to unlock.

The Lion’s Song was a great game to play through with a lot of replayability if you wish to unlock everything.  The chapters themselves are somewhat short, taking around an hour or so to complete.  Having the ability to go back to specific points in each chapter and change certain decisions to obtain new gallery pieces is nice to have if you don’t want to spend the time going back through the entire chapter just to change one choice.  The art style, sepia color tone, and music work really well for this game and tends to fit the atmosphere of early 1900s Vienna.  My only real nitpicks are that at times you have to move between places on a map and it can take a few moments to move from one place to another, plus it’s basically impossible to “game over” so to speak.  For some choices if you choose the incorrect response, the character will say something, then realize they were wrong and you get to try that choice again with no consequence.  That being said though, if you like point-and-click games that focuses mainly on the narrative, The Lion’s Song is well worth the ten dollars you’ll invest for this four chapter journey through early 1900s Vienna.

The Lion’s Song is a great point-and-click game that focuses mostly on the narrative.  The choices you make in one chapter can not only impact the other chapters (both later and earlier chapters), but seeing all of these choices have connections to each other in the Gallery is a nice touch.  With its unique art-style and use of music throughout the game, The Lion’s Song was a great experience.