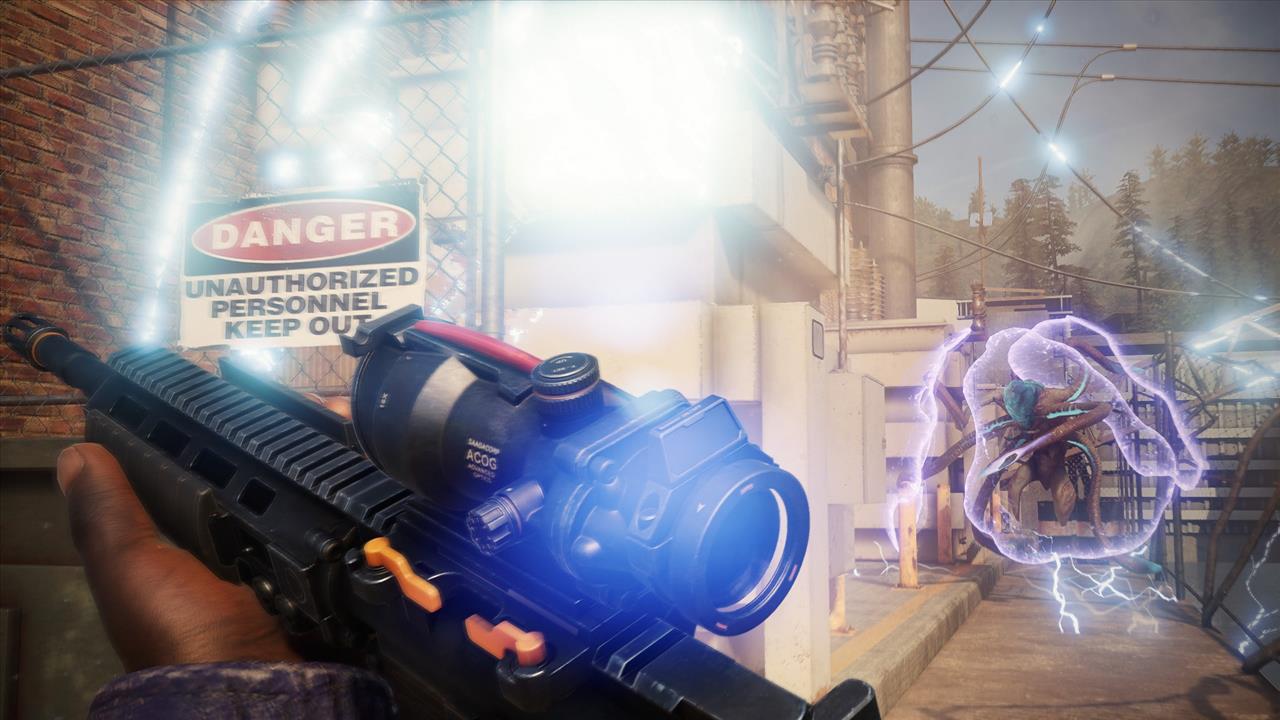 In the world of online multiplayer games, there is no shortage and there is also no shortage of addictive ones at that. I have read an article recently claiming that there is now a service to help poor Fortnite players to become better and more productive – adding that their service considers it a failure if you die in less than two minutes. Rather depressing that gaming has resorted to “lessons”. I remember when all you had to do was escape the Mother Brain lair in less than 999 seconds. Times have definitely changed. Shortage or not, there is another body to throw on the proverbial heap and it is called Earthfall.

So, Let’s be up front about this new game. It is a 4-player (or solo) FPS that pits the player(s) against waves of aliens infesting each map area. As far as innovation goes, there isn’t a whole lot here. There are four different characters to chose from and they have no extra skills whatsoever. You start the game at the beginning of a zone and you have to complete tasks in order to make it to the other side of the zone. Fix a car. Find a battery. Turn on power. There are numerous things necessary to do each level, but task-swarm, task-swarm, task-swarm is the order of the day - 100% of the time.

Now, the gunplay is "ok". There isn’t the same duck-behind-cover that say.. Gears of War has, but the point-shoot quality is just fine. Not otherworldly or innovative, but fine. There are a dozen different guns and they are also pretty standard fare for FPSs. Pistol, SMG, Battle Rifle, Chain-gun, and so on. Besides the flamethrower, there is nothing overly potent here and I can say that the flamethrower aim/use is a bit on the mediocre side. Present also are the napalm and frag grenades, but like too many games, are waayyy too big to carry more than two at a time. There are healing packs and stim packs (which give a smattering of healing but make the player less susceptible to damage AND adds rapid fire) throughout the levels as well as re-usable healing stations.

On to the enemies. Firstly, the aliens aren’t very alien. Not for nothing… if you put a hat and ripped shirt on some of them, they’d be crackerjack zombies. Others look too unimpressive to really put the fear of “extraterrestrials” in the mind. This isn’t to say that there is no hectic, mob-spawning areas to rip you to shreds, there just isn’t the fear of say a Predator or Reaper in 95% of this game. There is one “beast” that is quite obnoxious and pretty meaty. Alas, however, I don’t see the “alien” look in this one either. Plus, once you figure out the trick to besting him... he's never a giant challenge again. The enemy AI is very uneven in the game as well. There are fodder that just come at you in standard “shoot me now” formation and then there are Whiplashes that are like homing missiles and snatch you up even if you get a decent draw on them.

Speaking of AI, let’s talk about the friends you have when you don’t have enough friends. The game allows you to have as many computer helpers as you don’t have friends available. They have four settings – Newbie, Average, Skilled, and Masterful – and to be honest they are all pretty fraught with cheesy, unforgivable glitches. I’ve seen them ignore downed players, get stuck behind doors, stay in clouds of noxious gas, forget to heal at stations, and worst of all – take guns from actual players off tables and the like. The low level help are useless to a fault and the “masters” are barely decent WHEN they aren’t stuck behind a wall. Some of the really decent AI help like that of Gears would make this a better game by a good bit. 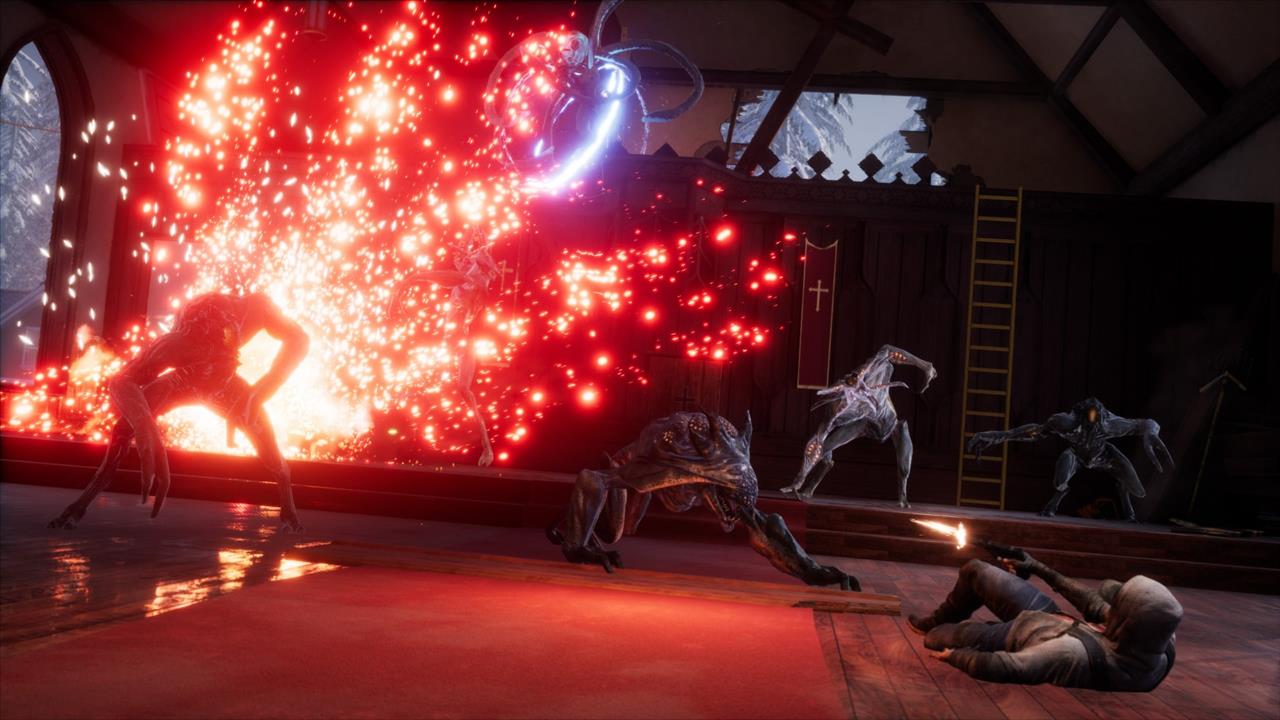 The solo game has a campaign that is identical to the one that you play as a group, but you are alone. With this setting, you have the impossible problem of facing aliens that can pin you or carry you off and with “C-“ (or worse) AI, you are doomed to either die or lose most of your health. The difficulty settings aren’t too outlandish and may even be a tad on the meek side for veteran players/groups but it is certainly tougher with the poor AI.

The thing is, however,… if you close your eyes to the lousy alien design; ignore the unoriginal gunplay; and forget that your computer help will NEVER come through for you, you can enjoy this game quite a bit. The levels are a good length with just the right amount of difficulty, pace, and angst. And that is where the game resides. Not out in front of the bewildering number of these games and just ahead of the back of the pack. Just good enough to get pals to buy for $30, but not good enough to purchase extras or DLCs. I can’t say it is the first out in a looong list of games, but I can say it CAN come out.

Earthfall is a solo or multiplayer FPS that pits four remnants of a human town against some underwhelming aliens that are rampaging and at times swarming. It will not stand out from the other dozen games of its type but it is another reasonable choice that - at least - doesn’t require lessons.