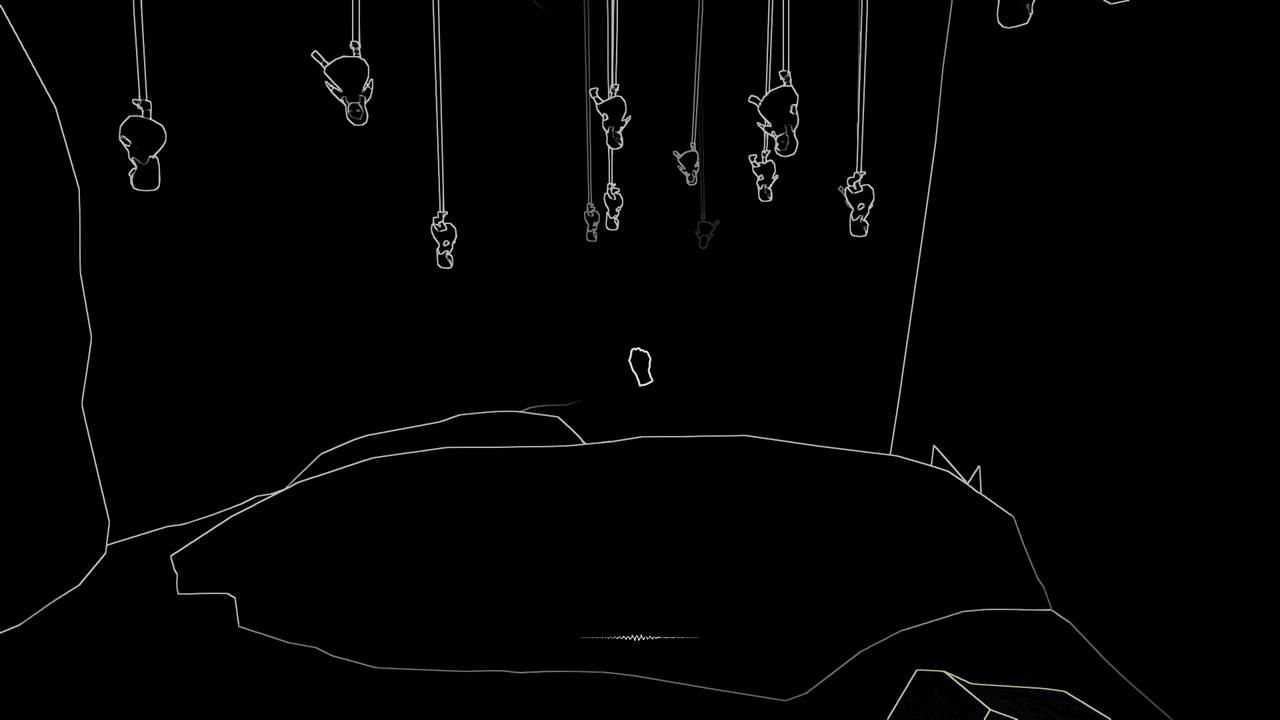 Horror games these days need a gimmick, some core mechanic that separates them from the pack. Stifled, a new game from Gattai Games, describes itself as a “Sound-based Stealth Thriller, where SOUND is the only way you SEE and the enemies HEAR your fear through your microphone input.”

So there’s the gimmick: the core of the game is vision through sound. That being said, it is an interesting mechanic. As the player talks into their mic, sound waves are created which trace out the environment, allowing you to see the world around you in black and white. You’re also able to see via any other things in the environment that make sound, whether it’s water dripping from a pipe or items you can throw. Enemies also make sound, and those sound waves appear in red, letting you know that danger lurks nearby.

As with a lot of horror games, the story in Stifled takes a backseat to the game-play. While that isn’t necessarily a bad thing, it’s a little jarring that the story doesn’t in any way explain why your character has Daredevil-like echolocation abilities. This disconnect is worsened by the fact that the game willfully swaps between the completely dark echolocation levels and other well-lit locations that don’t even use the echolocation mechanic.

In levels where you actually do use echolocation, the mechanic shines. In the first level, I found myself wandering through the sewers in total darkness, using my voice to find my way around. The use of my voice as vision was incredible. As I talked, I not only drew the world around me, but it helped keep me calm and relaxed. This felt very counter to other horror games, where I usually sit in silence waiting for the big scary thing to happen, then I talk to help calm myself down.

So here I was, moving through the sewers, feebly saying “hello” to light up the world around me. Eventually, I became bolder, and started yelling random words to help ease the tension. Hello! Ventriloquist! Pat Sajak! Hola! My bold and loud callout suddenly triggered a scream and the world around me turned to red. I immediately stopped moving or talking or doing anything and just sat there. I stayed crouched, silent and motionless, for maybe five seconds as the red lines faded away. Even after they were gone, I was content to sit in total darkness for another five seconds. That feeling is what made the echolocation mechanic so interesting. 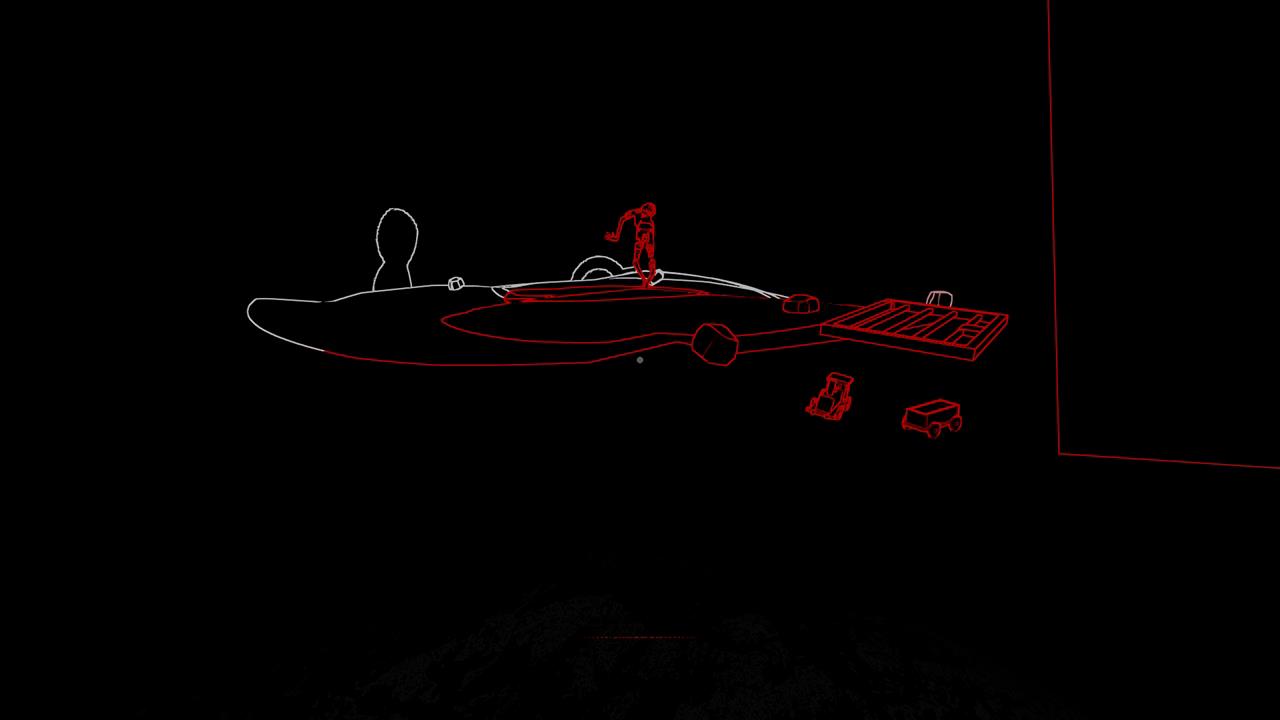 In this game, sound is your best friend and your worst enemy. It’s the double-edged sword that keeps the player uneasy throughout the echolocation sequences. Speaking at the wrong time, stepping in a puddle, or failing to suppress a shout of terror could cost you your life. And, at times where sound was a risk, I’ve never felt happier to sit in total darkness.

The echolocation sequences are fun, but even they had their downfalls. The biggest pitfall was the level structure. Each level takes place in a different location, but the structure was very regimented and repetitive. It went like this:

The problem with repetition in games like this is that it sets an expectation, and gives the player a sense of security. This is great if you break the mold of that structure, which undermines the player’s foundation. The problem is that Stifled never really changes the equation, so the game became less fear-inducing as I progressed. 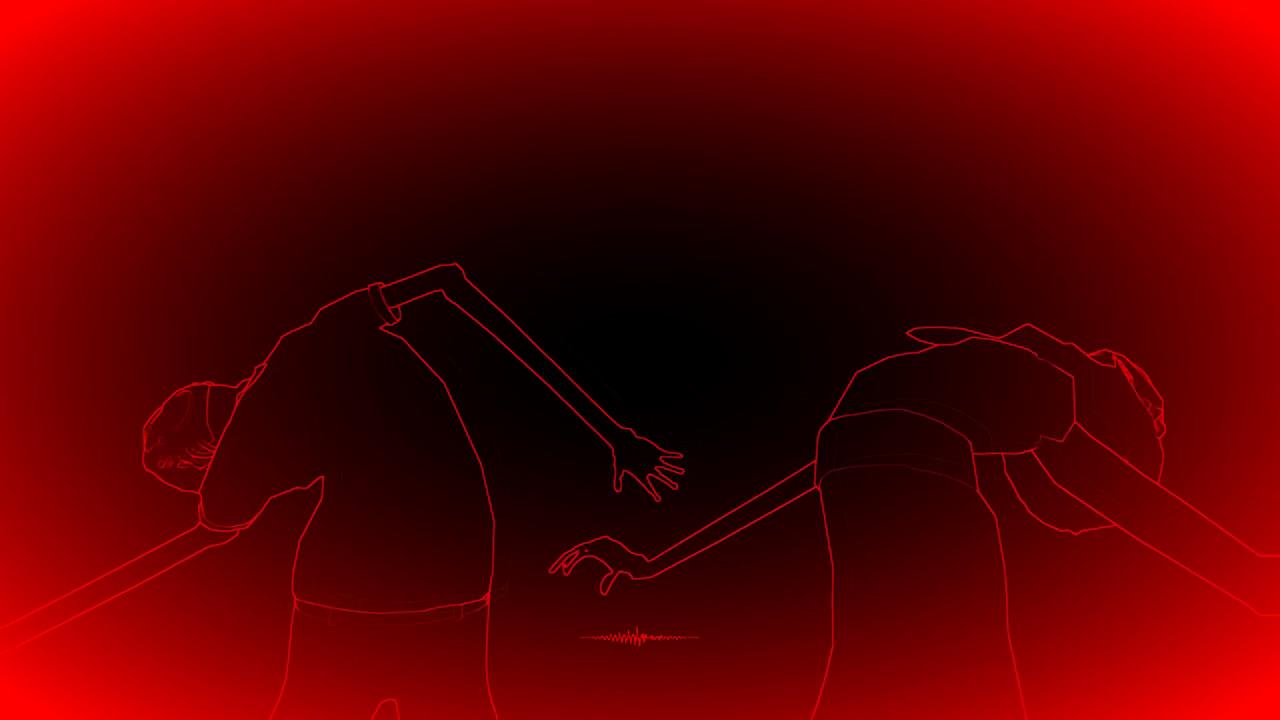 The monsters in the game were creative and interesting, but their mechanics were simple and didn’t evolve at all throughout the game. At one point you encounter creatures that materialize when they hear sound and run towards it. I died once the first time I encountered them, but eventually figured out a way past them. The problem is that each level only has one type of monster, so once you figure out how to get past it, subsequent encounters aren’t challenging at all. The monsters also don’t have any inherent form of AI, they literally just chase sound. This makes them easy to manipulate, as the game gives you plenty of items to throw to lead them away. The rigidity of the enemies makes each encounter with them feel inorganic, where it’s more like solving a puzzle then trying to react to something that has a mind of its own, or at least a complex set of behaviors.

The last fundamental failures of this game are it’s length and story structure. As I mentioned before, the game alternates levels between echolocation levels and fully lit environments. The primary issue here is that in the non-echolocation levels, there are no enemies. I just ended up walking around and picking up documents until I triggered the next part. The game is basically swapping between a horror level and a walking sim, and it really disconnected me from the echolocation levels. I feel that if the echolocation mechanic was used throughout the entirety of the game, it would have been much more fear-inducing.

In terms of length, the game took me about two hours to complete from start to finish. Of that two hours, I only spent about an hour of that in levels that used echolocation (and the last part of the game uses echolocation but feels like a walking sim). I finished the game feeling like there was so much more they could have done with this unique and interesting mechanic.

Stifled is a stealth horror game that brings its own flair to the genre by using echolocation to see in the dark. The player has to use their own voice to see, but also must be cautious to avoid attracting the attention of creatures hiding in the void. Stifled has a truly unique core gameplay mechanic that is both interesting and nerve-racking, but it seems underutilized throughout the game. The repetitive design of the levels minimizes the horror impact of the gameplay, and the lack of diversity and AI in the monsters leaves much to be desired. At a $20 price tag, the game felt more like an overpriced proof-of-concept juxtaposed with a completely unrelated story rather than a full-fledged horror experience.