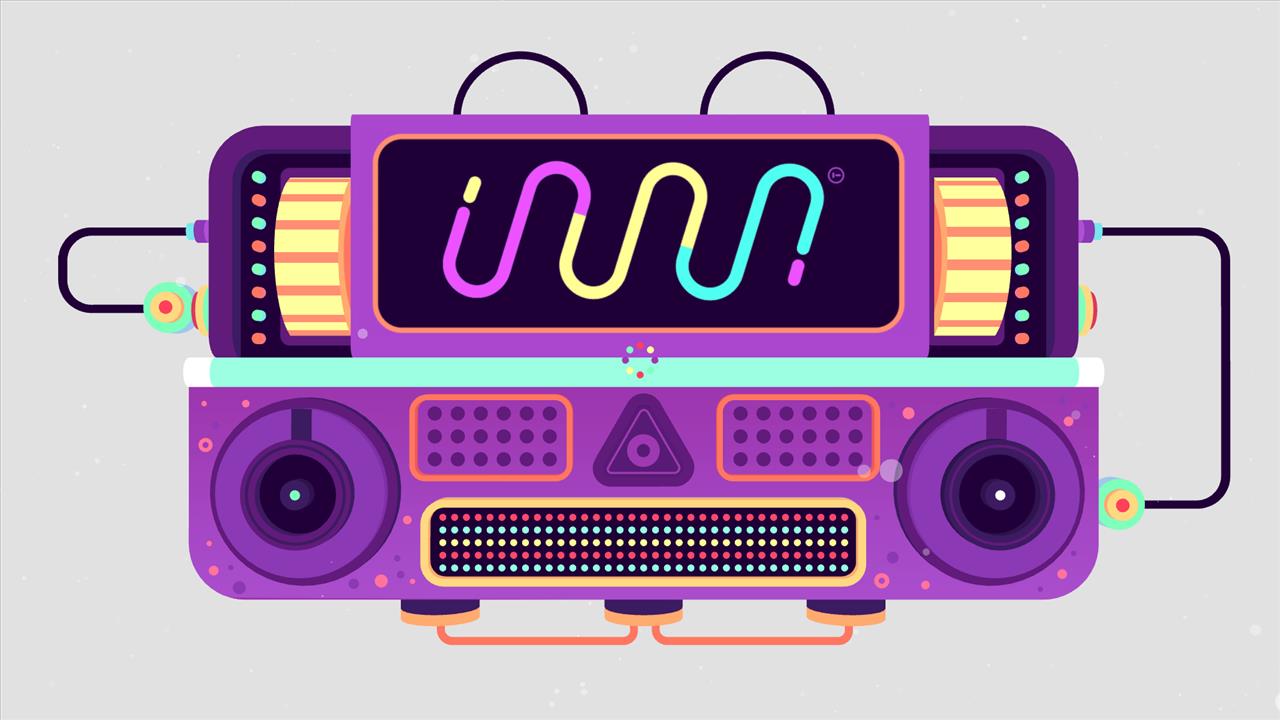 I don’t know if there is a commonly used term to describe puzzle games like GNOG, but there ought to be. GNOG, like many other puzzle games, makes determining what the puzzle actually is into the first puzzle. There are terms that exist for other types of puzzle games - “room escape” comes readily to mind. Quick quiz to prove the point: what do you think is the goal of a room escape game?

That having been said, just because the goal of a room escape game is to escape from a locked room (hope I didn’t spoil the quiz for you) doesn’t mean that the puzzles are all going to be “mechanical,” such as you would find in “The Room” type of games. Anything goes, really, including mathematical puzzles and other challenges like that. There’s nothing wrong with that, of course, other than math puzzles can be far more difficult for a more pragmatic mind to solve. In other words, I can generally solve mechanical challenges because they more closely align with the way my brain (and the physical world we live in) works - “abstract” is not a word I look for when shopping for games.

With that in mind, let’s talk about GNOG. I can seldom describe a game as well as the dev/marketing team, so I’m not even going to try to surpass the description to be found on the game’s Steam page:

GNOG is a tactile 3D puzzle game about exploring whimsical monster heads and the secret worlds inside them. Filled with eye-catching designs, lively interactions, and a rich, reactive soundtrack, the hand-crafted heads come to life as you grab, poke, spin, pull, and play with each charming contraption.

It is also a VR-enabled game, but I am going to take this opportunity to mention the one thing that I didn’t like about the game: it is actually better and easier to play (with regards to controllability) flat - GNOG is one of those rare games that is actually worse to play in VR rather than flat. In VR, I found the interactions with the Rift Touch controllers to be too finicky, bordering on downright frustrating. My virtual hands were never where I wanted them to be, and determining the correct fore/aft distance from whatever I was trying to control was only marginally assisted by a blue “helper dot” near the end of my control appendages. The main benefits of VR are immersion, scale, and more intuitive controls (steering wheels, etc.), but the first two weren’t all that different in VR vs. flat, and the mouse is far superior than the VR controllers when it comes to interacting with the puzzles, although the mouse was just as bad for twisting motions as the Touch controllers had been. Fortunately, the game will play in either mode. In the end, I think I would have gladly dumped both control schemes in favor of a touch screen.

With that minor quibble out of the way, I can tell you about the puzzles. Bottom line: I had a kind of love/hate reaction to them. Appearance-wise, they are exactly as described, although “whimsical monster heads” was not the way I saw them. I’m old enough to remember when a radio was the size of a loaf of bread and they were festooned with knobs and switches. That’s the picture that came to mind when I saw the first GNOG puzzle, and was reinforced on the third puzzle that I solved - it actually was a radio.

Another salient trait seen in the collection of monster heads/old radios was a plethora of knobs, switches, sliders, levers, and even more switches, each more often than not having a sound associated with them. Through various combinations of interactions with the collection of disparate controls, you eventually solve the puzzle. Chances are slim that you would ever trip across the full solution simply by trying random movements, but that is not to say that there isn’t a viable strategy that calls for trying out each and every control just to see what reactions you will get.

No one would (or should) get any measure of satisfaction from finding a random solution, though, so there are visual clues built/drawn into each puzzle. They can be very, very subtle, truth be told. What looks like a stylistic curvy line put there just because it’s aesthetically pleasing might be just that, or…. it might be just the clue that you’re looking for. Are those little faces just decoration, or are they trying to tell you something? That’s the puzzle you need to solve. The question isn’t simply “Is this a clue?” The question is “Is this a clue, and if it is, a clue to what??”

As it turned out, that is not a question that I was able to reliably answer. This can be a good thing, or it can be a bad thing. I determined which it was in each case by asking myself in retrospect if looking at the clue after using it to solve the puzzle made me think about how dense I must have been to not have seen it sooner - if the answer was “Yes, it’s patently obvious now,” it was a good clue. That was, by far, the most common answer. 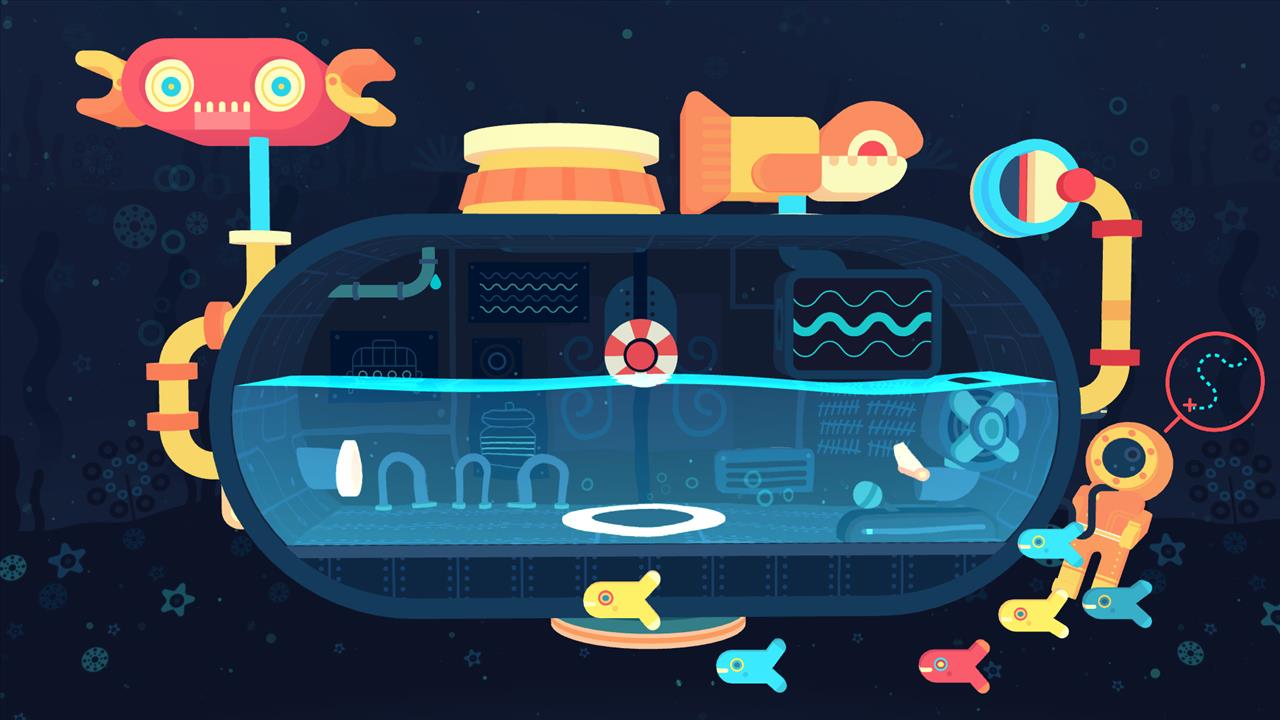 Had the answer been otherwise, well, I would have been mildly frustrated but still would have enjoyed the attempt. By the very nature of its design, GNOG is meant to be played with, by which I mean just fiddling with the knobs and such just to see what happens. That’s actually quite a bit of fun and one of the things that I found most appealing: GNOG does not take itself too seriously. It’s a playful environment, with puzzle-solving there simply to give some higher meaning to the playing. In one of the puzzles, I spent a goodly amount of time just playing around with a piece of cheese just to make the mouse come out and nibble at it without knowing yet whether it was part of the solution, or just a little something added in to keep it interesting. Again, I never felt like I was wasting time just playing with whatever would move, and every now and then actually advanced the puzzle by doing so.

Sometimes it’s better to be lucky than smart.

I should also mention the sounds. Seemingly every doodad on any given “radio” plays some type of sound. The first thing I generally do with any new game is find the “music” setting in the options and turn it down to “silence, please.” I didn’t do that with GNOG. I am musically illiterate, so I have no idea whether GNOG’s sounds were laudable or reprehensible, but I do know that I didn’t turn them off. Read into that what you will.

As a puzzle game of the non-mechanical variety, I found that I truly enjoyed playing with GNOG, although I cannot honestly say that I was able to solve every puzzle. I can honestly say that I enjoyed trying, though, and that’s not nothin’. I don’t think VR adds much to the game, and in my opinion actually detracts a little from it with regards to controllability, but it’s nice to have the choice as opinions will obviously vary on that aspect. The puzzles are not too easy and (I suspect) not too hard for veterans of this type of puzzle game, but the solutions don’t always lead to the type of obvious and satisfying ending you get from, say, escaping a room - sometimes the puzzle felt like it was “solved” simply because I ran out of buttons to push or knobs to turn. Even with that, though, I definitely felt a sense of accomplishment whenever I solved one. That’s about all you can really ask for from a puzzle, right?

GNOG is something of a "mechanical" puzzle game in that you solve the puzzles by manipulating various switches, knobs, sliders, and buttons, but the overall experience goes far beyond that. With a trippy art style reminiscent of the LSD-enhanced art of the 1960's and a unique musical sound, GNOG is a game that doesn't take itself too seriously and encourages you to just play with it, and maybe even solve a puzzle now and then.