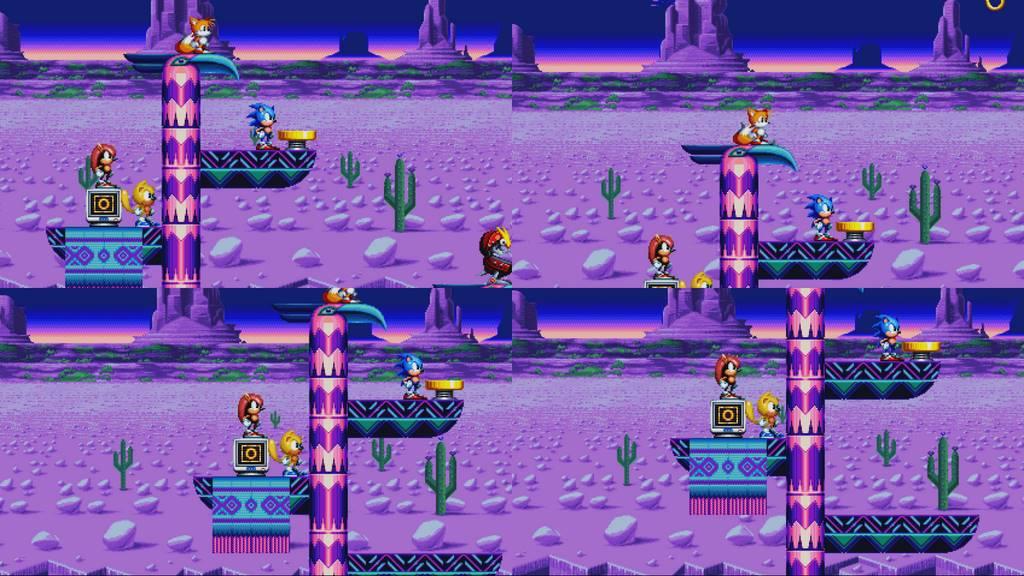 Last year saw the digital release of Sonic Mania. For the most part the game was a critical success, harkening back to the days of the Sonic games on the Sega Genesis. It was basically as if the team created a brand new Genesis game entirely with a lot of throwbacks to the classic Genesis games with a few new additions thrown in. A year later and we have some DLC in the form of Sonic Mania Plus, but are the new additions worth it, and is it worth it to pick up the physical game if you don’t already own the digital version of the original? I’m going to find out as I take a look at Sonic Mania Plus for the Nintendo Switch.

Before getting into the “Plus” part of the game, I’m going to briefly go over the original game. Sonic Mania starts out with Sonic and Tails going to Angel Island to inspect a sudden dimensional breach. Upon arriving at Angel Island, they find out that Dr. Eggman has also learned about the breach and the energy signature that came from it and has dispatched a group of egg-robos called the Hard-Boiled Heavies to retrieve it. When Sonic and Tails arrive the Hard-Boiled Heavies had just retrieved the source of the energy signature, the Phantom Ruby, from the ground and time and space begins to warp around them. The group, as well as Knuckles who was relaxing nearby, find themselves in the Green Hill Zone. The Phantom Ruby has transformed the Hard-Boiled Heavies into more powerful egg-robos and have given them free will. Dr. Eggman is able to get the ruby away from the egg-robos and it’s up to Sonic, Tails, and Knuckles to get it back.

For those who haven’t played Sonic Mania yet, the game takes place over thirteen zones with eight of them returning from previous games and five being brand new. The gameplay is the same as the previous 2D games with a lot of elements from the past. Aside from the returning zones, the blue sphere special stages from Sonic the Hedgehog 3 return only now as bonus stages from hitting the lamp posts. Finishing these can earn you a medallion, either silver or gold depending on if you collected every possible ring, and these medallions unlock a few extra options. The giant gold rings return from Sonic 3 to send you to special stages where you can collect the chaos emeralds, but now the special stages more resemble those from Sonic CD where you have to chase down a UFO that’s carrying the chaos emerald. Everything else from the original game returns including competition and time attack modes. 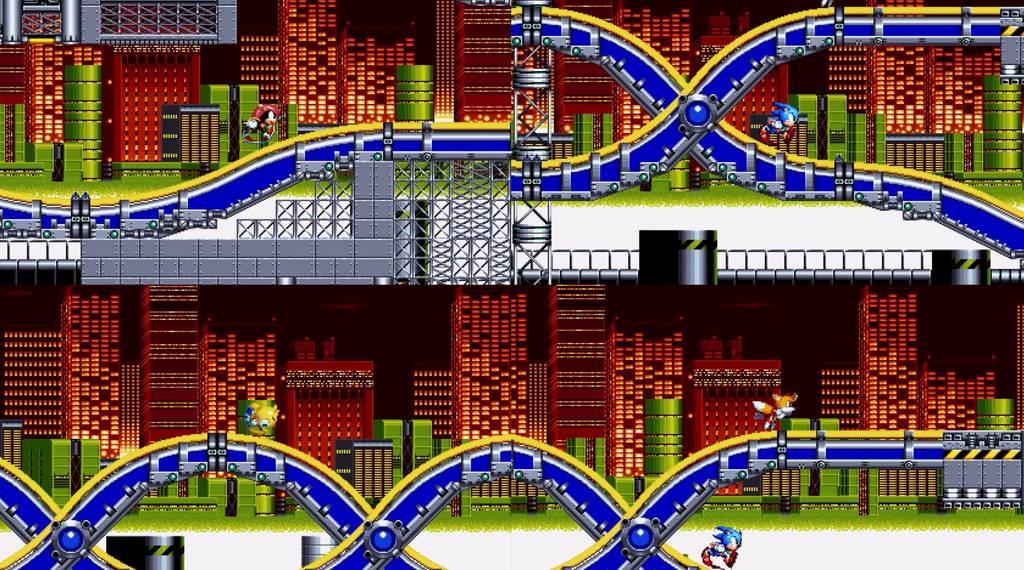 So with that out of the way, let’s talk about what’s new with Sonic Mania Plus. For starters two characters from Sonic’s past join the team: Mighty the Armadillo (last seen in 1995’s Knuckles Chaotix) and Ray the Squirrel (last seen in a 1993 Japanese arcade game called SegaSonic the Hedgehog). Like Tails and Knuckles, Mighty and Ray each have their own abilities. Mighty can do a ground-pound style maneuver called the Hammer Drop to destroy certain objects, while Ray can glide in the air. Controlling Ray can take some getting used to as once you hit jump while in the air, you can hold forward to dive and then hold back to pull up. Both Mighty and Ray are available to use in Mania Mode (the game’s default mode) as well as competition and time attack modes.

Along with two new characters we also get a new game mode called Encore Mode. Here the Phantom Ruby transports Sonic to the Angel Island zone, which is playable only in Sonic Mania though only one act of it. He eventually comes across Ray and Mighty trapped in a capsule. After breaking the capsule Sonic chooses one of them to partner up with similar to how he usually partners with Tails. The other character reveals himself to be the Heavy Magician of the Hard-Boiled Heavies. She gives the Phantom Ruby to the remains of the Phantom King who revives the rest of the Hard-Boiled Heavies, and now it’s up to Sonic and the crew to defeat them once again. However, this is where things get a little lackluster. 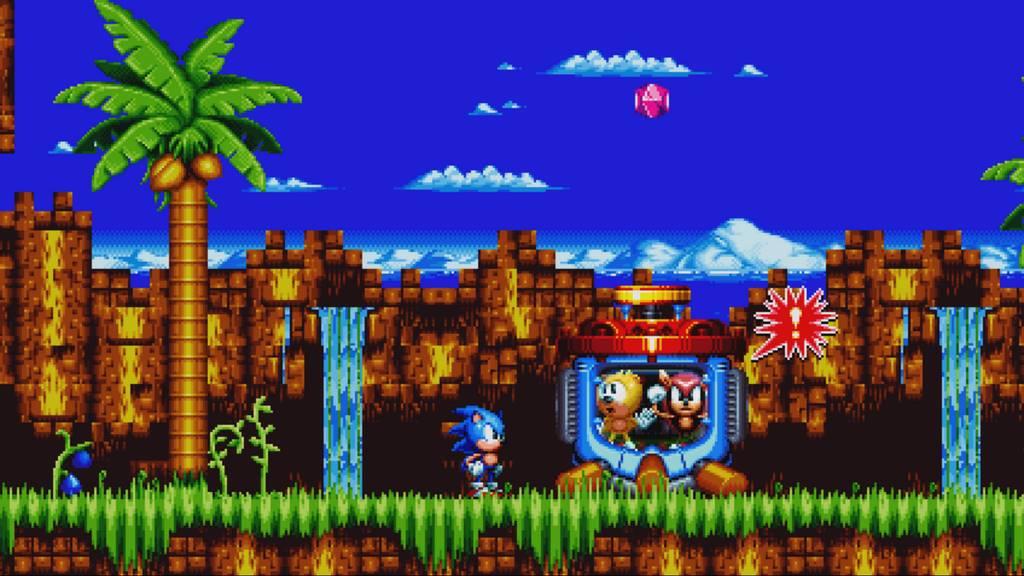 Encore Mode is essentially nothing more than going through the game again only with a few changes. Aside from being able to play one act of Angel Island Zone, hitting X will swap between your two characters on screen provided you’re standing on solid ground, meaning you can use either character’s abilities. While you start out with Sonic and the partner you chose, hitting an item box with flashing character icons will let you acquire whoever’s icon was showing when you hit it. Once you have at least three characters you can hit a box with blue and yellow arrows to rotate characters or hit a question mark item box to randomly swap characters around. That alone isn’t bad, but it basically removes the concept of lives entirely. If a character gets hit when he has no rings, he’s removed from the team, you start controlling whoever his partner was, and the next character in line becomes your new partner. If your last character dies before acquiring another one, it’s game over.

You can collect continues in bonus stages, but there’s just two issues. The bonus stage, which require you to have fifty rings when you hit a lamp post, is a game of pinball where you have to hit the ball into the upper area to play a crane game. After a couple of times the field expands upwards a bit. In the crane game you can get rings, shields, or characters you don’t currently have. Hitting the bumpers can eventually give you enough points for a continue (I’m honestly not sure if it’s point based or something related to the bonus stage since this is the only time I’ve collected any continues). To be honest, I’m not a huge fan of the pinball bonus stage and I try to avoid it if I already have every character. 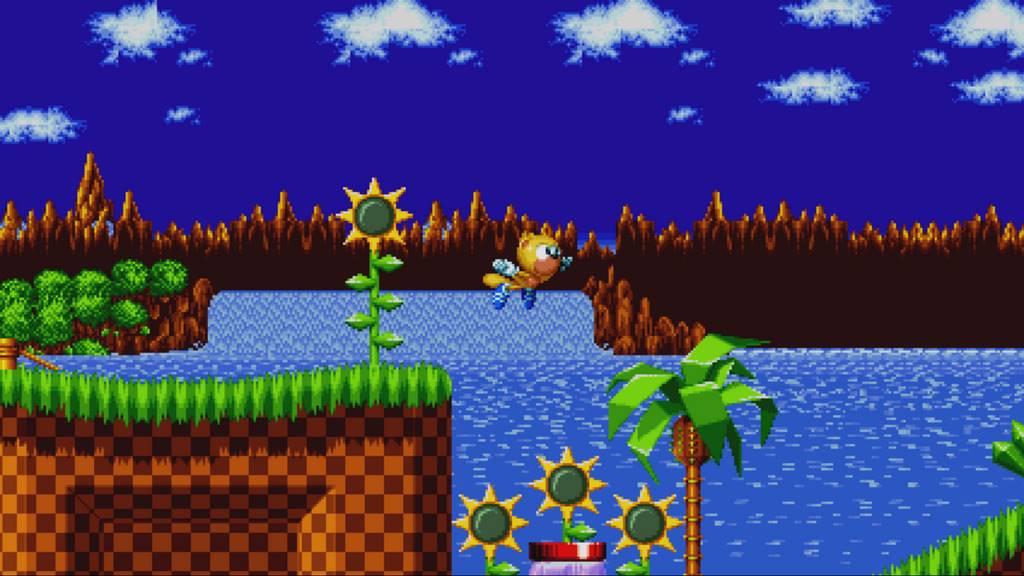 That leads to my second issue with continues and bonus stages. As stated, losing your last character means game over, but using a continue doesn’t mean you start at the last lamp post like when you lose a life in previous games, but instead sends you back to the start of the act. Now granted this is a game over, not a lost life, but since losing a character and a replacement coming in is done on the fly while the action is still going, that means the lamp posts no longer serve as a checkpoint. On top of that, you can still collect the chaos emeralds by finding a giant gold ring as in Mania Mode, but the special stages in Encore Mode are actually tougher than they were in Mania Mode, plus the giant rings are a bit harder to track down. Essentially, Encore Mode is the hard mode of the game.

Overall, Sonic Mania Plus is a really great game. If you don’t already have Sonic Mania, Sonic Mania Plus will run you about thirty dollars for the physical release, but it does come with a 32 page art book and a reversable cover which resembles a classic Sega Genesis cover (which I’ll admit looks pretty good). Otherwise if you do have Sonic Mania already, the DLC will run you about five dollars from what I can find, meaning if you don’t care about the art book and reversible cover, getting everything digitally will save you a few dollars. As to if it’s worth it, I’d say it is. Again, Sonic Mania as a whole is great, so even thirty dollars for it physically is pretty good, let alone twenty-five dollars for everything digitally.

Overall, Sonic Mania Plus is a great game.  While the Plus part really only gives you two new characters and a harder version of the game, current Sonic Mania owners will only have to pay five dollars for the DLC which isn’t too bad.  Even 30 dollars for those wanting a physical version is still worth it for the main game alone if you don’t already have it.  Either way, fans of Sonic who haven’t played this yet should definitely pick it up at some point.