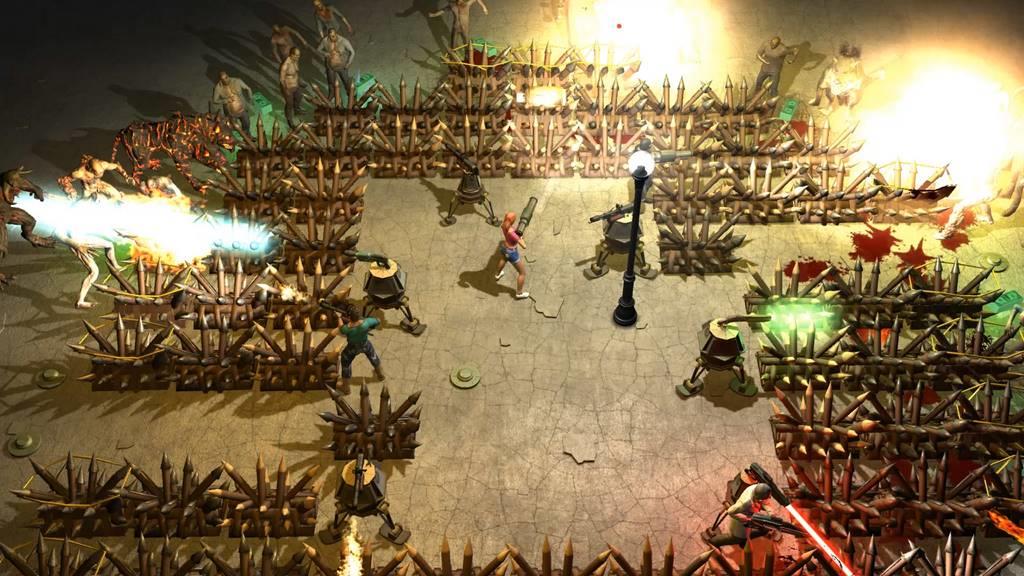 Yet Another Zombie Defense HD

Written by Kevin O'Connell on 7/3/2018 for XBO
More On: Yet Another Zombie Defense HD

The last “zombie killing/defense” type game that I played was called Killing Floor 2. I did a review on GN in September of 2017 and referred to it as a game that “gives you a giant adrenaline rush”. Enter Yet Another Zombie Defense HD. The original form (which is minus the HD) came out in 2014 and was in desperate need of an upgrade. The HD version has done just that, but in the overall scheme of things, has it really become any more of a game? Well..., yes and no.

Firstly, let’s all concede that this is not the story of the century as the game is as obvious as a nuclear bomb. There is little more to the game besides the four types of play. Even the 7 category options menu is as simple as – blood : on/off. The type of rounds you can play are as follows: Join Game, Defense, Endless, and Deathmatch. As the review goes forward, you’ll realize the choices are closer to three than four, but more later.

Join game, which is as clear-cut a game type as you’ll find, is just that – join a game with 1-3 others typically in progress. You enter into a scenario with the team trying to stay alive as long as possible. In the single player games, you can choose how to build, arm yourselves, and the like, but in the join game, there is less strategy and more running for your life.

The Defense, Endless, and Deathmatch can all be played with everyone, friends only, and locally. The Defense mode has you make fortifications and then defend your area. Staying alive is the only goal. To that end, the game awards you with skill points every few levels. They are: reload speed, movement speed, health, regeneration, and pickup range. The barricade help includes: wooden, armored, electro, auto turret, advanced auto turret (with no explanation as to why it is advanced), landmine, and propane tank. The “build a fortress” works fairly well, but some of the armory do not seem to work as well as the name implies. 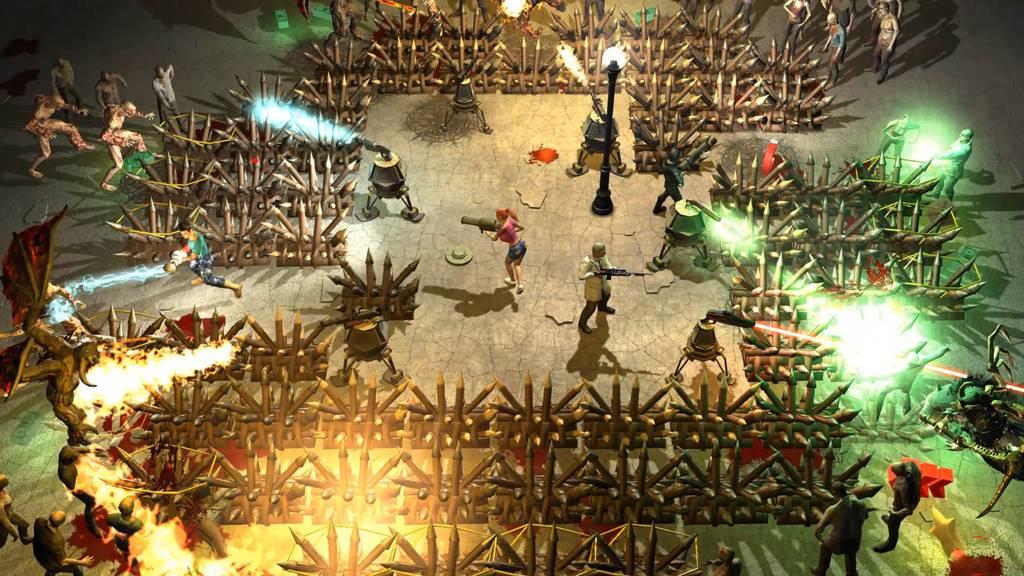 Endless, I found, is a horrible waste of time. You start out with a pistol and then, on occasion, get weapon drops from the dead... dead. There is no fortifying, or purchasing special guns, or even a break from the action. You just shoot until you die. On average, that can last from thirty seconds (for the first try) to three minutes (if you are really dang good). A minute or so is rather short-lived and aside from some temporary challenge to lasting more than “X” time, it becomes stale quickly.

I played a few rounds of Deathmatch, which is probably the most fun you can have in this game. You start with an SMG and never have to use the utterly useless pistol. You get random gun drops and powers and it becomes a strategic battle to not die from zombies – while at the same time spreading the carnage amongst friends. The game goes for 5 minutes and the player with the most kills wins. To this point I have not gotten in with a group as the game doesn’t have many active players but have played locally with two others and it was the most exciting of the game types. 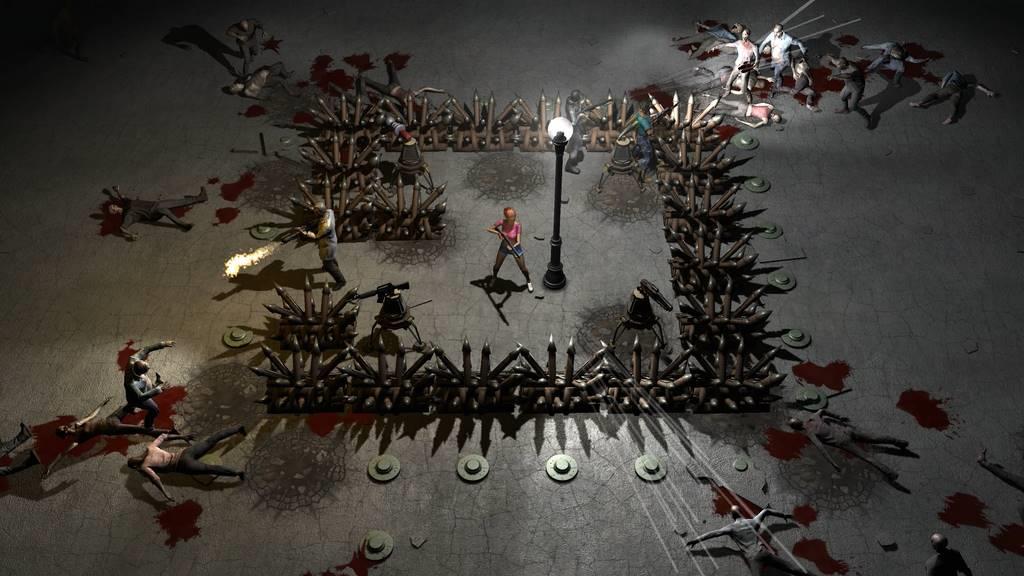 The weapons in the game are a bit underwhelming in terms of scope and excitement but include all of the usual flare with a dash of impressively named junk at the top. You start with a pistol, which is underpowered. You will never use this after the first round one for ANY reason. The chainsaw is really the first weapon you can buy and for many rounds is more effective than anything else in the arsenal. If you run out of bullets with all other powerful guns, just whip out the “motor-blade” and bulldoze right through em. From there you have the better potent guns – SMG, shotgun, flamethrower, and assault rifle. These four are the cornerstone to good living in the game. There is also the sniper rifle, rocket launcher, freeze gun, tesla coil, blaster, and laser. The sniper does ok but has high price and slow reload. The rocket launcher does good damage but isn’t any more effective than landmines or grenades and costs a lot more cash. The freeze gun, tesla, blaster, and laser are all fun to watch and great to find in other types of matches, but are expensive to purchase and really do no better than the good guns you can buy earlier on. There should be a bigger difference as you go up in price and the prices could be a bit more helpful to the cause.

All game play aside, let’s talk HD. Where I can see a definite improvement in the graphics of everything in the game – from the characters, to the words on the screen – from the old one, there is still a very cheap look to the game. There are duplicate zombies everywhere. I’m sorry, but I cannot see how there couldn’t be more types of undead than just a handful. Heck, 25 different shirt colors would even change it up a tad. I also cannot understand the need for only ONE plot of concrete that looks the exact same in every game type, mode and situation. I under stand that this is a simple top-down shooter, but there is no reason there couldn’t be multiple backgrounds and maybe some objects to run around. Grass?... Bushes? Nope. The guns and explosions look better too, but not necessarily “good” for a 2018 Xbox game… more like 2004 Xbox 360. And while the ambiance music is palatable, the gameplay music is not only annoying, but repetitious - as it is the only track played during the fights. 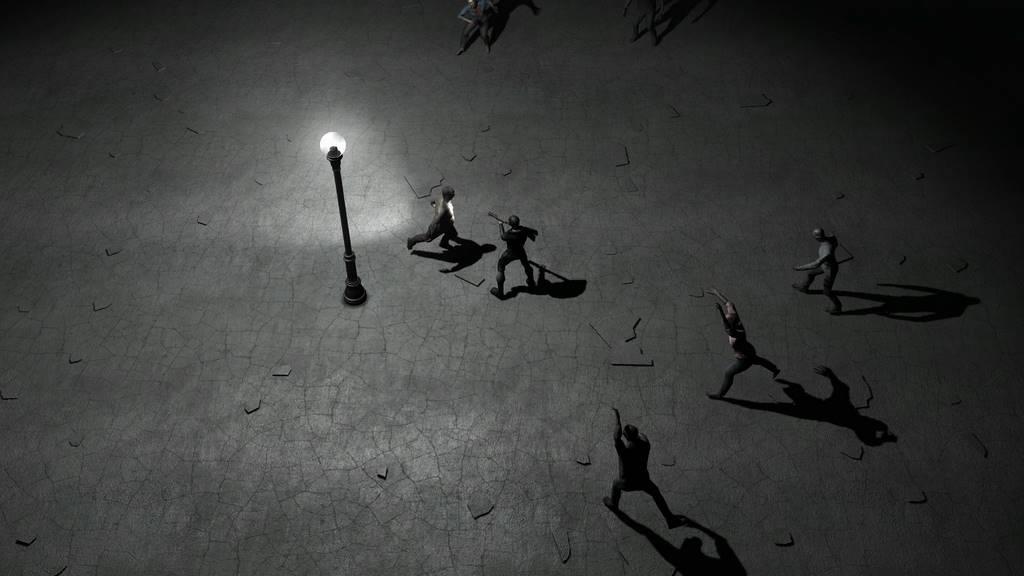 What I’ve taken from this game is that it cheaply (just $4.99) can fill a couple of hours of multiplayer gameplay but has only a small amount of replay value. You will run through the same gamut of rounds (that have the same number and type of monsters every time you play that round) over and over again until eventually it gets stale. Is this better than the original? Yes, actually by a bunch. However, it doesn’t have the adrenaline rush that I’ve gotten from games like Killing Floor 2 and Fortnite (though I hate the later with a passion), and that’s where it goes from great multiplayer, to more “ho-hum”.

There is no doubt that Yet Another Zombie Defense HD is more crisp and graphically pleasing than the first, but where the game could have had more distinct zombies, different backgrounds, and more customization, it stayed with the same ole’ boring. For four bucks you can have a decent time with the game, just don’t expect it to be a regular pull on game night.