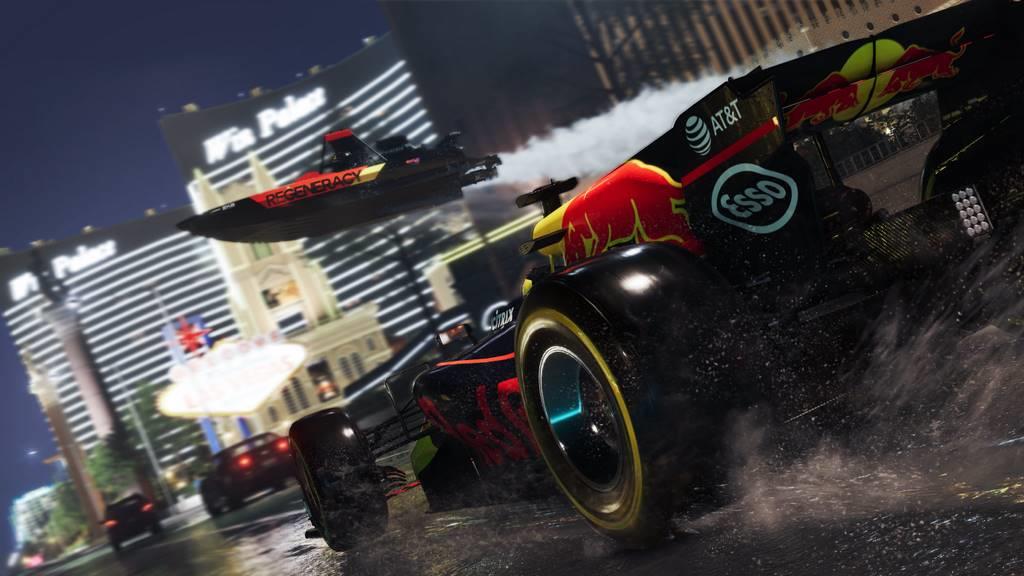 The Crew made its debut in 2014 as a cross-country racer that was flawed to some and utterly bad to others. The game never quite met expectations, but still managed to sell some two million copies. When I heard that there was going to be a sequel, I expected a complete revamp of the game and something I couldn’t put down. So, is The Crew 2 that game?

The Crew 2 has a ton of content to offer: car races, bike races, truck races, rally races, plane races, boat races, and it puts it into an open world that is absolutely enormous. Unlike most Forza games, you can also do these things at any time and in any order. Want to do a boat race and then a car race next? Sure. There is not a whole lot of structure to this game, and at times you’ll feel like there is too much to do everywhere on the map. It does give a lot of freedom of choice though. Want to follow all of the selected races in order – i.e. all the car races, then move on – you can.

There is also a very deep customizing section of the game. Not quite to the level of Forza games, but deep indeed. Hoods, exhaust, rims, interiors, paint, spoilers, fins, etc, etc, you can seriously make the car your own. These changes have nothing whatsoever to do with the performance, but you will distinctly know which vehicle is yours. While at your home base, you can also go from vehicle to vehicle to make them all distinct. Eventually you will house multiple cars in a garage, planes in hangars, and boats in hangers. Just be sure when you purchase a vehicle because there is no way to remove them when you decide you didn’t like em.

The game starts you off at any one of the types of racing and proceeds to tell you that you can be the best of the best and own the best vehicles in the world if you get out there and show your stuff. After completing the first race, you are shown different venues all over the country where you participate in more and more races. I started with car races, so my first race was in Los Angeles and then went to all the major cities on the map. You will not find all the cities, and in fact, there are only about seven major ones. Everything else is basically a to race through Boston or Houston? Nope. Nothing but cattle. 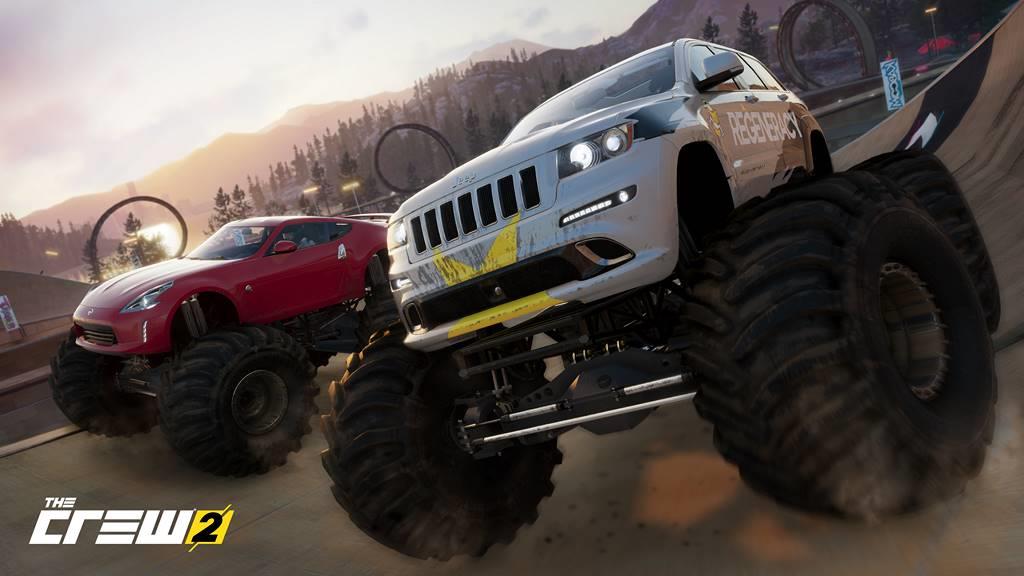 There are four differing categories of races. The first is Street Racing. You will become familiar with dozens of famous cars and race through some major cities. Unfortunately, the names of the cars didn’t matter. I bought a 2015 Mustang GT which is a fast, capable, car to race. I could race it against a Fiat 500 Abarth or against a Dodge Challenger Hellcat and not only did the Fiat have a chance of beating me, but I beat the Hellcat. It makes the idea of owning a car for the speed of it rather useless. My Mustang should have destroyed the 160hp Fiat and lost miserably against the 707hp Hellcat. And, don’t get me started about racing the Mustang against muscle cars from the 70’s that handle about as good as a desk chair on Vaseline. Add to that the ability to drive through, into and over anything with no damage, a never-ending nitrous supply, and jumps that would cripple even the General Lee and you have seriously un-challenging racing that feels like more arcade racer than a simulation.

The second race is Pro Racing (boating) which is impractical at best. Unlike the town driving where you can possibly hit stuff to either slow you down or stop you cold, the boating drives around huge rocks and giant yachts where you’d have to be a drunk 7yr old to hit them. Add to that water and waves that do very little to change the drivability and poor AI driving and you have races that you could win using scotch tape on the trigger. 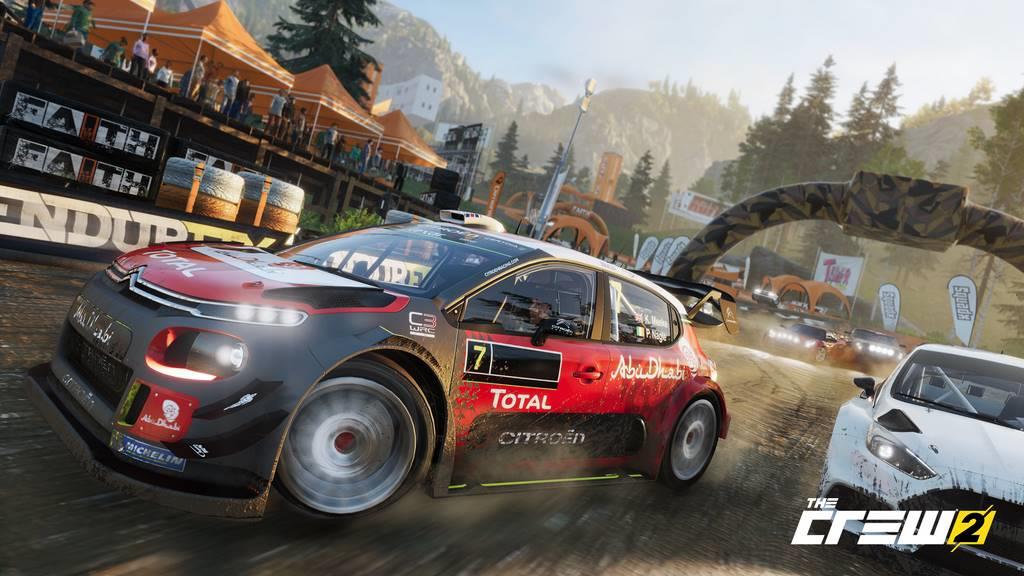 The third race is Freestyle (flying) and to say the least – it is annoying. The idea of plane races through the canyons like pod racing in Star Wars sounded fun as heck, but instead we are left to solo flights where we do as many tricks as possible. After doing 30 barrel rolls and some 40 lands-takeoffs, I can honestly say I was bored to tears and ready for anything different.

The last race type is Offroad (buggy/bike races). These are run through swamps and fields and are only slightly less annoying than the flying races. There is very little direction help as the swamps go here and there between trees and there are some things you can blast through and some that stop you dead – killing some five or so seconds. It is laughable watching some of the stuff you can drive over and through and then irritating that a simple fence stops you deader than Einstein.

In ALL races, there is also the use of this wondrous thing that is in almost every current arcade race game and it's called nitrous. Nitrous, NOS, nitrous oxide, juice… whatever name you use, it is a fluid that increases the combustion of an engine to burn fuel better and result in higher horsepower output. Theoretically, you can double and triple the output of an engine as long as it doesn’t blow up in your face. Now, forgetting the idiotic nonsense that any car with any engine can use this (because that is not the case), the way that it is used in this game is rather ludicrous. Using it a half dozen times in a normal, non-race engine would liquify the block and render it useless. The bigger problem with this isn’t the scientific jargon above, but the fact that nitrous becomes the way to win every race in the game. By hoarding it until the end of a race, you can either catch or pull away from the AIs with almost certainty. The idea that a boat or propeller plane has nitrous available is just dumb – period.

After wining a race, you are magically dropped a bunch of parts as “loot” and can then upgrade whatever vehicle type you are using. So, after a car race, you may be given a brake set, shock set, and new exhaust. You add these to your car and boost the performance by a few points here and there which are shown in a summary. Add brakes and it will show that the car will stop in 24.35 yards instead of 25.10 yards. There has not been one upgrade that I could tell made a difference in the dozen hours I’ve played. The game just isn’t calibrated to show minute differences. You feel good in knowing you beefed up your car, however, and then you get back to it. 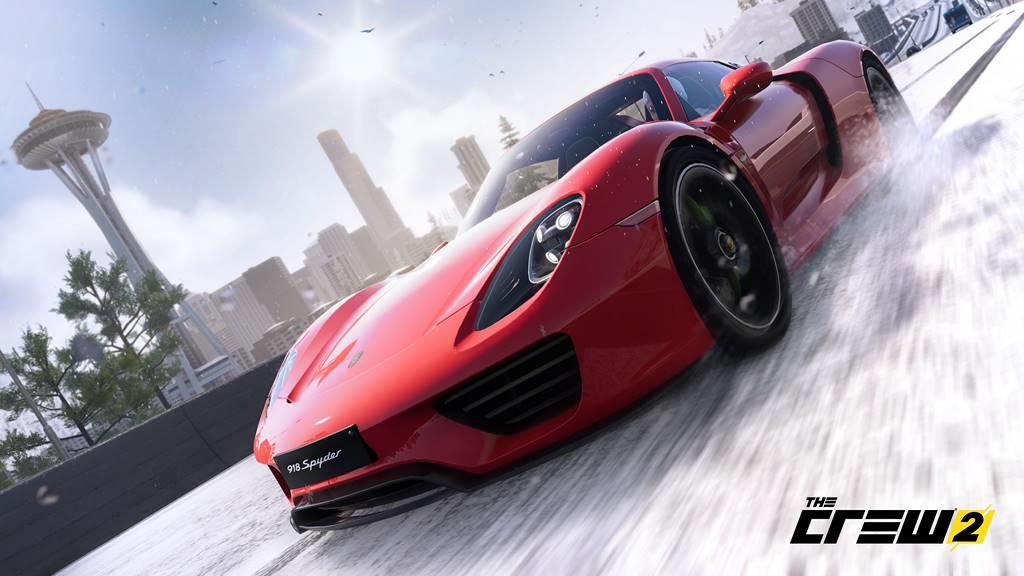 When it comes wining the races, the game is far too simplistic. NONE of the races are challenging. They consist of either 1v5 or 1v-time and are all more arcade like than the realism the game is trying to exude. The graphics have horrible delays where people and cars will spawn right near you instead of loading in the horizon and being in view. There is no damage to speak of. Hit a bus at 100mph? No biggie – you are doing 35 instead of 100. Blast through a string of lamp poles? No damage to speak of. Fly into a tree? Unless it is directly into the propeller, you bounce right off. The races become repetitious and boring fairly quick. It is to say anyone can play it though.

There are some other oddities with the game as well. The different body kits, ram airs, spoilers, and fins should all make contributions to the speed/performance of the car and they don’t. One of my bigger pet peeves with big, detailed games is when the designers cut corners. The lip sync for the people is bad. REALLY bad, and for no reason too. It would take just a bit more effort to make it look good but instead it makes it look like a lazy addition to a well detailed game. The cities are very cut-and-paste as well. There are numerous walls with no detail, repetitious news stands and hotdog vendors, and jumps in the middle of the roadways. There is also no setting to fix the screen area. I found myself squinting to see things that were partially cut off by the width of the screen.

My last thought through all of this is that for cars, boats, and flying… in an open world… there is already a pretty dang good franchise that has done this for years. Grand Theft Auto has been doing the above phenomenally since 2008 and besides that the graphics are more realistic, there is damage for all the vehicles replete with explosions, and there is just as much customization, the game has dozens of other things to do.

I really wanted this to be a fun racing game that would be challenging and something I couldn’t put down. Unfortunately , I can put it down and have no qualms about doing so. Instead of changing The Crew into something better, they have put a fresh coat of paint, some wings, and a storyline that a three-year old could follow.

In a way The Crew 2 is a better game from the old, but in another way, it is also very much the same flawed racer. There is a lot of good here: open world, four racing types, huge customization, and tons of races. However, as a racing game, you’d do better with Mario Kart.