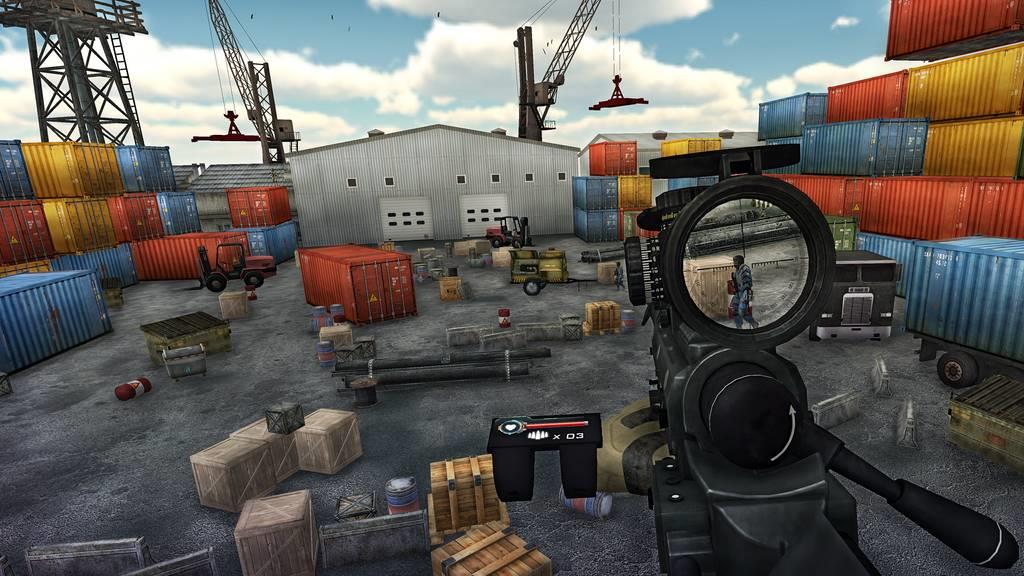 One of the problems with a newly emerging technology is the rush to get onboard because, well…. just because. The most recent attractive new platform is, in my opinion, Virtual Reality. The benefits of VR are pretty well known at this point; 3D, immersion, 360-degree view, motion controls - all of that generally makes certain types of games better than they could ever be on a flat display, despite the major step backward in terms of screen resolution. I fully expect decent improvement in the next couple of years on the resolution front, so even that will become less of an issue through time. The thing is, though, not every game is going to be improved by a port to VR. In addition to that, it is seldom going to be the case that a bad game suddenly becomes good just because the player is in it, rather than outside looking at it. There is also evidence that a game that was fairly good when flat can be made horribly, abjectly, unspeakably terrible by the transition to VR.

Yes, I am headed somewhere with this, and that destination is Sniper Rust VR. The title Sniper Rust sounded familiar to me, and it should have: I have Sniper Rust on both my iPhone and Droid tablet. It’s a difficult game on the iPhone because the screen is too small, but okay on the far larger tablet, except for the constant nagging to buy more stuff. Ported to VR, though, it is truly awful.

Why? What makes it so bad? There are some potential reasons that we can weed out right up front. Is it because shooting games simply don’t work well in the new VR environment? Of course not - you need only try something like Gun Club VR to see how incredibly good a VR-based shooting game can be. Is it because the focus of the weapons is sniper rifles? No, that’s not it either, although I have noticed that holding the rifle steady while aiming from long distances with a strong scope can be very difficult in any game unless you can lie prone on your floor, or find some other way to brace your virtual rifle. 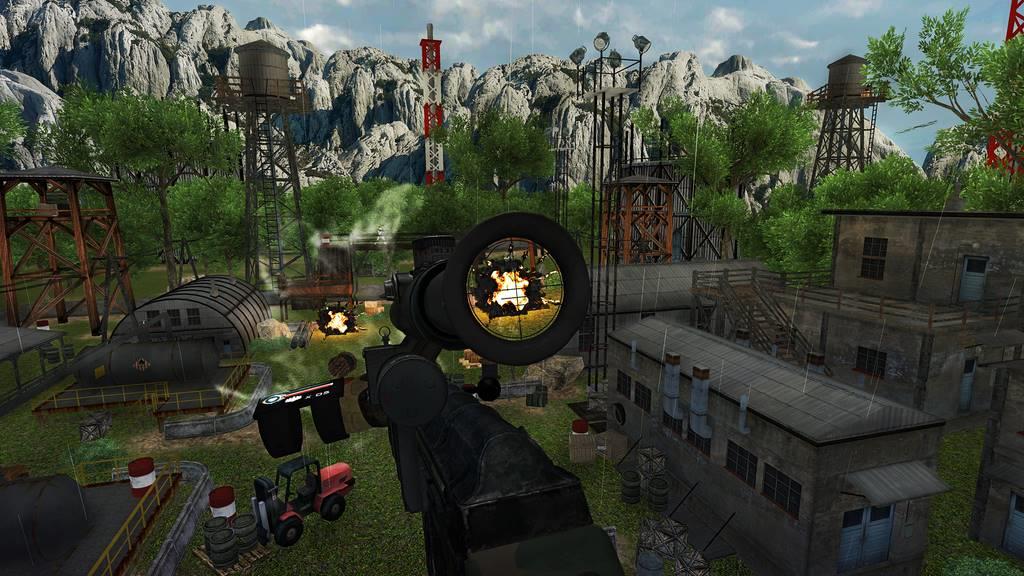 It starts with the game’s logo: it looks like an almost exact copy of the logo used by Sniper Elite, which is a very popular and well-liked sniper game. It’s almost bait & switch. It doesn’t take long to see the difference once you launch Sniper Rust VR. In Rust, you start off inside a big, nearly empty warehouse. There’s a desk and a few cargo containers lying around. There’s also a nice looking dog. As you start to move towards the desk, two things happen. First, the dog barks and walks over to greet you. Second, you become instantly nauseous as the only means of mobility is the vertigo-inducing “slide across the floor” method. No teleporting or alternative way to move exists; you just have to deal with it.

One at the desk, you go through a series of steps that are obviously intended to provide a secret spy/assassin kind of ambiance. It's really just busy-work. The final step is to pick up a briefcase, although the reason for that is never made clear. As it turns out, you have to be holding the briefcase to unlock the door standing between you and your mission. Opening the door is not difficult, but you receive absolutely no hints as to where that door even is, much less why you should care. And the dog won’t tell you. In fact, you cannot actually interact with the dog at all.

Once through the door, you are in your mission. The action won’t start until the first time you pull the trigger on your rifle, but when it does start, prepare to die. 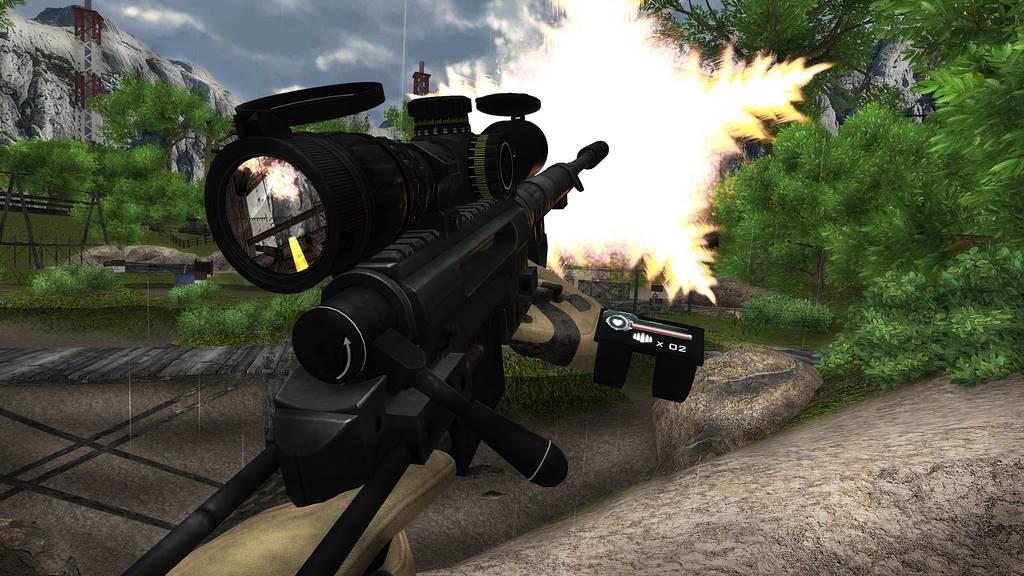 The game is described as being playable seated, standing, or room scale. Technically, this is true. Pragmatically? Your only chance is room scale. Remember the awkward mobility system? Well, once you get into your mission, even that doesn’t work anymore. Unless you have enough space in your play area to actually move around a few feet, you are fixed solidly in place; that, friends, is the very definition of a unsustainable, undefendable, and distinctly un-fun way to fight off multiple enemies armed with machine guns and preternaturally accurate aim.

Presumably, with enough skill and practice, you can get a feel for where the enemies are going to appear from once the battle starts and give yourself at least a fighting chance. You will also quickly discover that you really need to select a gun that can hold a lot of bullets, though, because not only is it awkward to reload, you have very, very little time to do it. The problem with reloading could also probably be overcome with enough practice, but the first step to getting better at reloading in Rust is a mandatory unlearning of how reloading is performed in other shooters. The trick/problem with Rust is that reloading is based on the buttons on the Touch controllers, rather than using the grip function similar to the way its done in Gun Club. In Rust, one button summons forth a magazine of ammo from some mysterious place, while a second, different button is used to slide the charging handle. As I said, it can be learned, but it’s a shame that the developers didn’t do a little research into what else is out there on the market and use a similar scheme.

What the game lacks in playability is most assuredly not compensated for in appearance. The reduced resolution of VR can cover a lot of sins, but it can’t cover the level of ugly you get when you take your assets straight from a mobile device to a PC. It also can’t cover jerky motion on the part of your enemies. Hard (if not impossible) gameplay combined with poor animation and sub-par graphics is not a great selling point. 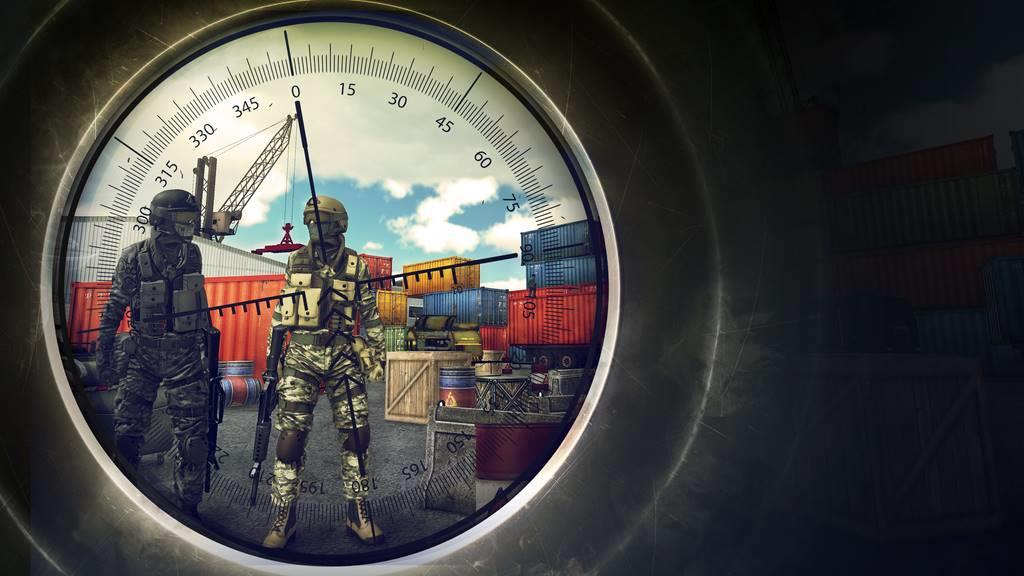 It is remotely possible that I am missing the “so bad that it’s good” campy style of Sniper Rust VR, but I really don’t think so. I believe that this game is so bad that it’s actually just plain bad. There were a lot of missed opportunities here, but even without the irritations of the overly burdensome and arcane menus, the non-pettable dog, and the search for the warehouse exit, this game would still not be very much fun. Snipers don’t tend to get into standing firefights with groups of soldiers armed with far better weapons. Snipers hide, and stay hidden. Snipers typically have one target at a time. Snipers do not stand out in the open with single-fire weapons going face-to-face with automatic weapons in the hands of multiple opponents. Those opponents are, by the way, also moving, whereas you cannot. The odds against you are overwhelming.

The same type of gameplay worked so much better on my tablet precisely because it wasn’t VR. I could aim more quickly because I just had to drag a finger on the screen - moving a rifle smoothly and precisely in VR is a very different thing, and it makes an immense difference in the playability of the game. Sniper Rust is a fine little game in the right environment, but in its current state, VR is not that environment.

While it is provably true that VR can be a good fit for shooting games, it is not true that a game can simply be built for a VR platform without putting a lot of thought into the vast differences between a flat, finger-based model and the VR model. Sniper Rust VR does not demonstrate that any such thought went into at all. Do yourself a favor - try the free demo before paying for this one.