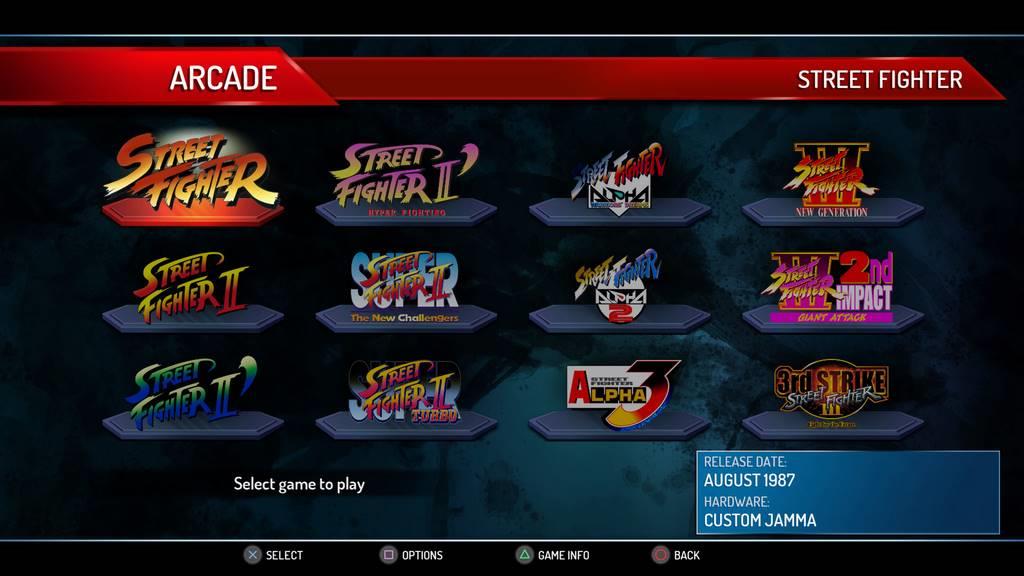 I think I can officially call myself a fighting game casual, because I am not good, I'm actually very bad in fact. Street Fighter: 30th Anniversary Collection contains 12 titles from the franchise, everything from the very first entry, to Street Fighters II, Alpha, and III. Seriously, there are a lot of games in here. Spanning a 12-year timeline, from 1987 to 1999, this collection gives players a wide range of choice for their fighting game preference. But it also gives a wide range for a few other aspects of the legendary franchise. Namely, these aspects are game design, and the way in which the various amount of challenges are presented in each title. I am new to each one of these games, so let’s see how each stacks up.

Street Fighter (August 1987): It’s important to remember that this franchise was borne out of arcades. So, every time I got frustrated at Joe or Retsu punching out my Ryu with a ridiculous amount of damage, I just kept reminding myself that this was an arcade game designed to take in money for repeated experiences. But here’s the thing: the game is not unbeatable. It’s just really challenging, at least, according to me, someone who doesn’t have that much experience with fighting games. But really, this title isn’t the one players will come for. The ones you want to play are all the following.

Street Fighter II: The World Warrior (March 1991): I had to revisit this title a few times before I finally realized its qualities. The single-player follows the tradition found in later games where it sets you up against a character that is nearly opposite to whatever fighter you choose (dear Dhalsim, get wrecked). It suffers from the faults of the other games in this sequence, namely the difficulty spike that comes in the late stages of the fights. But with this, players at least get a fighting chance (pun intended). This is challenging, but it feels justified.

Street Fighter II: Champion Edition (April 1992): Is this called Champion Edition because all the fighters are ridiculously challenging? Because they all might as well be playing on a different level than you. That’s not to say that the game is completely set against you, but I find it tiring to have to just keep blocking against special moves just to get past 1st or even 3rd stage opponent. I’m sorry, but I don’t think it’s good game design when your character takes damage and you can’t see the animation that the opposing fighter makes to justify that. 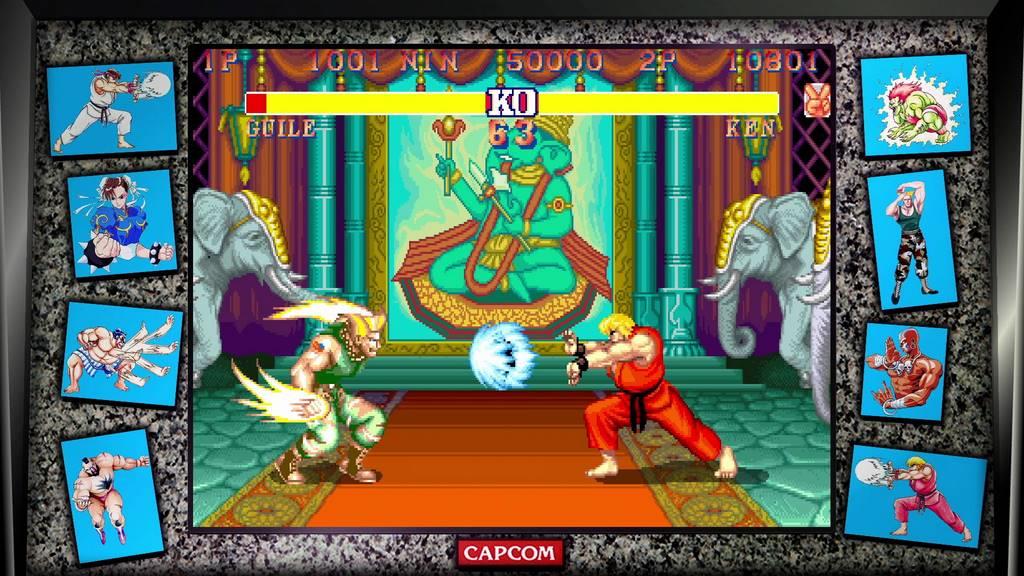 Street Fighter II: Hyper Fighting (December 1992): This suffers from the exact same issue as Champion, except this time, your opponents are faster, and tend to spam moves to the point of ridiculousness. This is an issue that I repeatedly come across in the Street Fighter II series: There doesn’t seem to be an equilibrium between players with skill, and players with none. I am on the latter, but I’m trying my best not to be biased towards my own success. That’s pretty hard to do, since games tend to be about winning, in some form or another.

Super Street Fighter II: The New Challengers (October 1993): It’s amazing how much can change when you go the speed limit. Stretched metaphors aside, this is similar to the prior two Street Fighter IIs, except it’s actually kind of good. That’s not to say that characters won’t randomly break into onslaughts of damage (looking at you, Ken), but it at least feels somewhat earned. It irks me, however, that the game launches you into what you think is a different sort of game than the last two you played, but then goes back to the exact same style that you’ve already played. What is the point in trying to be different, when the game design just leaps back into the most recently used method?

Super Street Fighter II Turbo (March 1994): The exact same as the previous games in this sequence, it just has a different coat of paint. If you see the faster gameplay as an improvement, then this is the culmination of that design philosophy. If you’re more like me, and aren’t as partial to this, then don’t worry. There are six other titles in this collection that are more worthwhile.

Street Fighter Alpha: Warrior’s Dreams (June 1995): The first title that attains even a sense of balance, the characters all feel that they have their own unique style, but ones that aren’t ridiculously difficult to get around. When you get defeated in a fight, it actually feels earned. The fights move a little bit slower than Turbo, but still has speed and hyper-aggression (see my guy, Guy). It also thankfully doesn’t dish out punishment in the final seconds like nearly all of the titles in the Street Fighter II series. 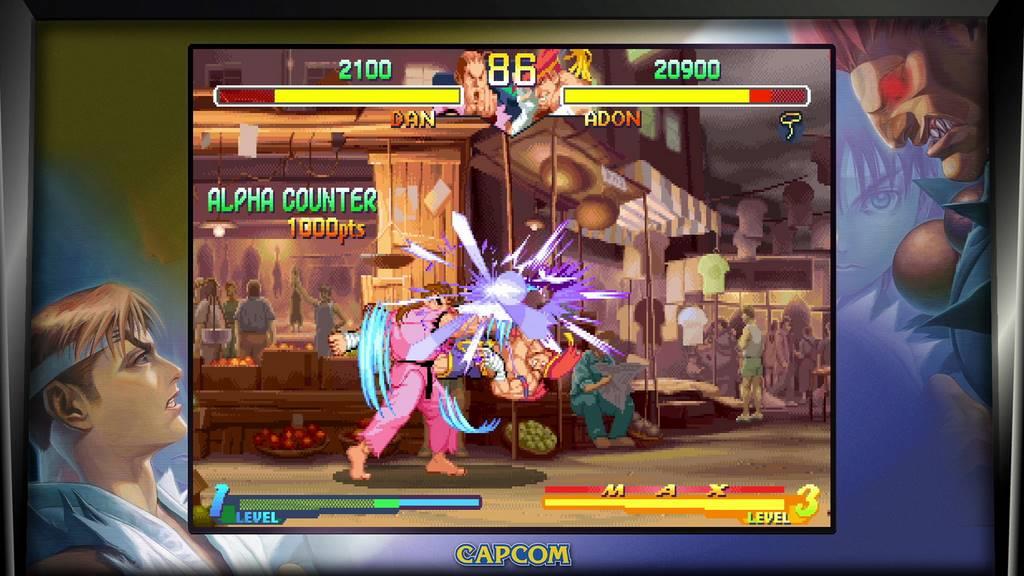 Street Fighter Alpha 2 (March 1996): This entry in the Alpha series gets more challenging, but in a more appropriate fashion to the previous series. One thing I noticed is that, compared to the first Alpha, a lot of the fighters don’t block as much, but they make up for it with sometimes devastating combos that put button-mashing to shame. It also feels much faster than the previous Alpha game, but it feels better to play than the other fast-paced games in the series.

Street Fighter Alpha 3 (July 1998): Combine Street Fighter II’s challenge with the Alpha series’ balance, and this is what you get. The fights are tense, but it never feels as if the game amps up the difficulty midway or late into the fight. The progression of this particular series also feels a lot more varied, compared to Street Fighter II. It’s tough, sometimes nearing the difficulty of the previous series, but without the power gap. Altogether an improvement on the series as a whole.

Street Fighter III: New Generation (February 1997): This first entry in Street Fighter III differentiates itself from Alpha immediately. The fights are slower, but the characters move with a lot more weight to them. Each fighter has their own unique style, and while there are holdovers from previous games, there are many new characters that diversify the matches.

Street Fighter III: 2nd Impact – Giant Attack (October 1997): This entry improves on the speed, power, and balance of the first. The differences feel minute, as what makes this game really shine is the new coat of paint in the art design. All in all, there is slightly more challenge, but it feels right. 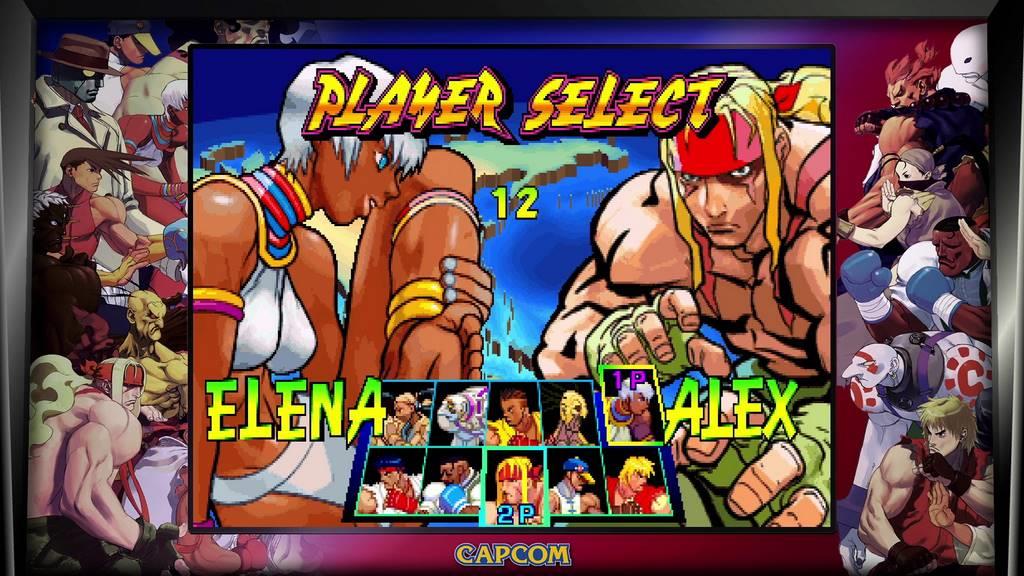 Street Fighter III: 3rd Strike – Fight for the Future (May 1999): This is the culmination of everything in this collection. It retains the devastating fighting styles of the first two entries in Street Fighter III, but brings back the speed of Street Fighter II. One of the new additions to the single-player mechanic is a grading system, similar to Sonic or Metal Gear Solid. There are also bonus stages, which involve anything from parrying practice, to beating up an SUV. The way I see it, this is what every single Street Fighter has been leading up to. It’s advanced, it’s punishing, and it’s fun. 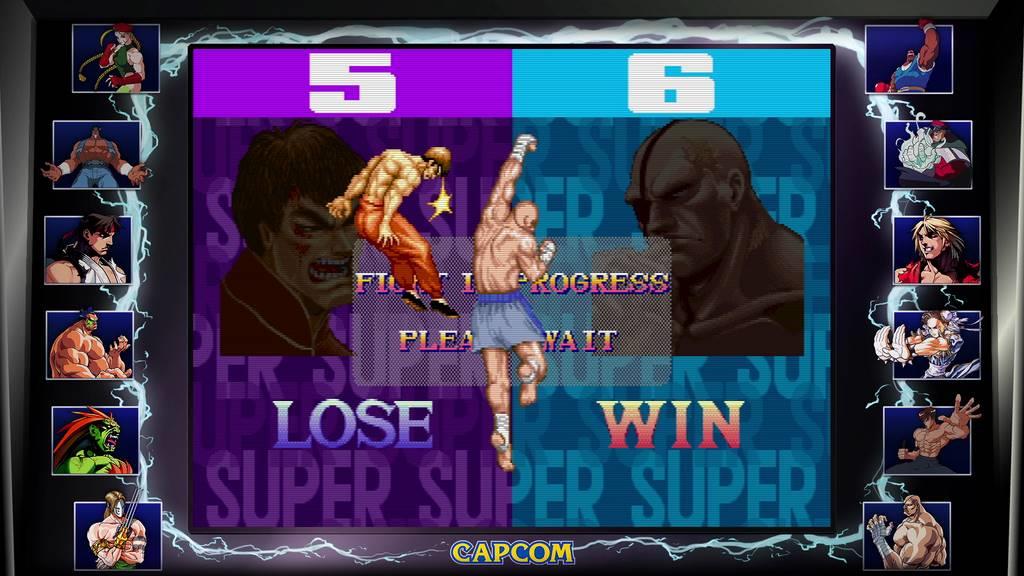 The last offering is perhaps the greatest. Museum offers an in-depth look at the history, characters, and music of Street Fighter. It’s a blast to dive deep into the content behind the games in this collection, and adds a lot of sentimental value to it.

Street Fighter: 30th Anniversary Collection is a beast of a game. My experience ranged all over the spectrum with it. I got angry, I got happy, I had fun. There is something in here for everyone, whether they’re veteran fans, or newcomers, like me. If it wasn’t clear though, I do prefer the latter half of the collection. It just feels a lot more diverse, technically speaking, not to mention that I do prefer a fighting chance when it comes to games like these. This is an issue that I’ve wrestled with throughout my time with the game, however, and it has echoes in today’s games. At what point is the game difficult for the sake of being difficult, only pandering to the most hardcore of players, and at what point does the balancing shift from “fair play” to just easy game design?

I don’t know the answer to this question. I just know that I enjoyed my time with Alpha and Street Fighter III, more so than the other half of the collection. I got my butt handed to me in single-player and multiplayer. But, even with the titles that I didn't prefer, the game has appeal, and proves its worth time and time again.

This is a good collection that runs the gauntlet of arcade fighting games of the '80s and '90s. Whether or not you are a fan, this is a good entry point in the series, and there is something here for everyone.