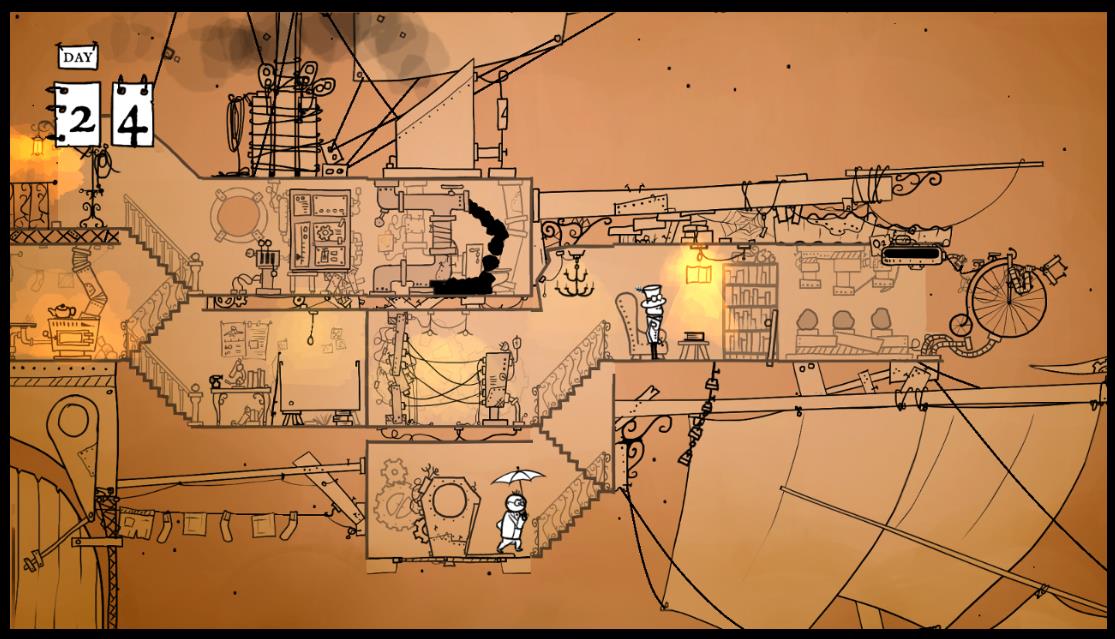 39 Days to Mars is a unique game in that it is designed for two player local co-op, a market segment that is woefully bereft of quality games. There is no such shortage of online co-op games, but those don’t hold the same appeal to me. Probably because by birth predated common public access to the internet by roughly thirty years, I enjoy playing games with people that I know, and people that are right there in the same place I am. Playing online can be fun as well, but there are times when the person on the end could be just about anyone on the planet for all of the camaraderie, or lack thereof, incumbent with remote play.

Naturally, the type of co-op play, or the value of the game itself, also is a major contributor to the levels of enjoyment to be had, and 39 Days has those bases covered too. With an attractive and distinctive artistic feel, puzzles that are approachable, entertaining, and of a reasonable difficulty, and are actually easier to solve when there are two players to share the work, the co-op mode does not in the least bit feel like a tacked-on feature that came out of a marketing meeting. I made it through the entire thing solo, so it is known to be achievable, but it definitely would have been more enjoyable with a partner.

This could be a personal bias talking, but the artistic style (which I will dub as “Victorian Steampunk” despite the risk of sounding like an over-50 poseur trying to fit in with the hip crowd, daddy-oh) gave me an unshakable early affinity to the game. It all looks hand-drawn, which serves to make the atmosphere feel friendly and relaxing, and the hardware/mechanicals are just as mechanical as can be. It’s all ropes, gears, ladders, and coal burners. Balloons are the primary form of lift, steering is by rudder (not that you actually steer the spaceship - it’s just a 2D drawing), and propulsion is provided by, well… nothing so obvious as a propeller. In fact, I’m not sure what makes it move. It doesn’t matter, though.

The premise of the story (which also doesn’t matter) is a trip to Mars lasting…. 39 days. During the trip, things go wrong with the ship. A LOT of things go wrong with the ship, and therein lie the puzzles. Being as the puzzles are the heart of the game, I will not and cannot say much about them other than that they are not too easy, not too hard, but often require two things to be done at once. This makes perfect sense when you consider that the game was developed specifically for two players to work together to solve the problems. It can be done solo, but it requires quite a bit of dancing between the keyboard and mouse. It wasn’t so much of a coordination challenge that it can’t be done alone, but it is also very apparent that another hand would have come in mighty… handy. So to speak. 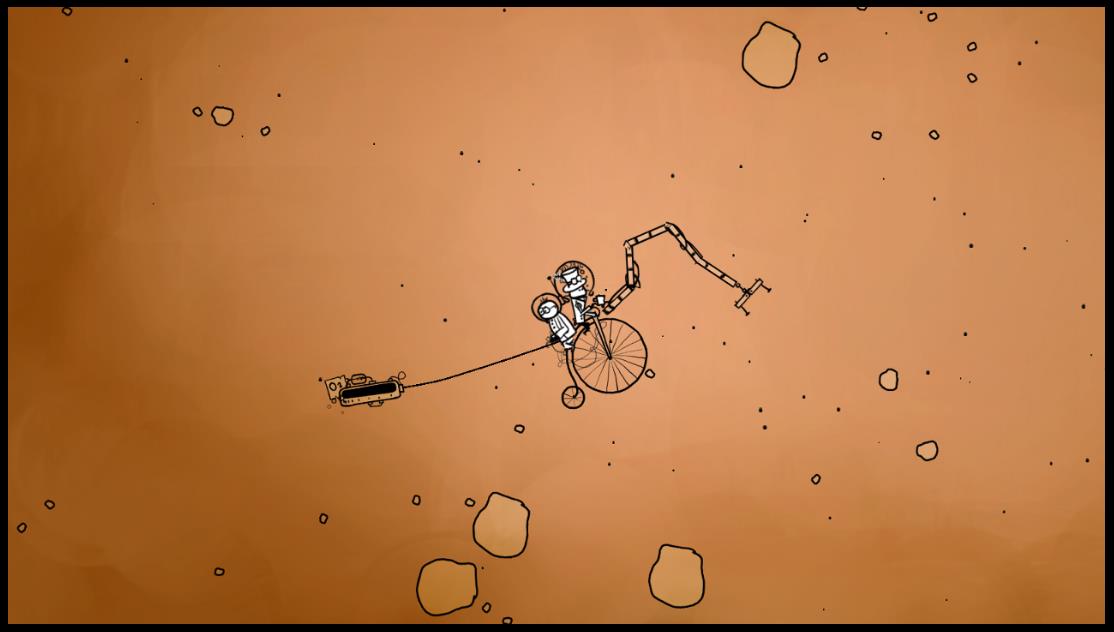 If there is a downside to 39 Days, it is that those 39 days pass in a real hurry. Even playing alone, I was able to get through the entire trip in a little over an hour. I really wanted it to continue because I was enjoying it so much. The game play struck a good balance between “figure it out” puzzles and stages that were more akin to mini-games. One such example of the “more action than thinking” challenges had me floating around in space on one of those crazy old bicycles that had a huge front wheel and a little bitty wheel in the back, using a grip to try to grab stuff that was floating around me in space.

The puzzles were for the most part brought into the story through the simple expedient of something breaking on the spaceship.  With flame and smoke pouring out of whatever piece of equipment was the focus of the latest emergency, you would think time would be critical when trying to make a repair, but such was not the case. One of the travelers simply would not do anything about the problem until he had a cup of tea. The making of the tea, not surprisingly, was yet another puzzle. It was the only recurring puzzle and, not coincidentally, also the one that I got a little bored with. Once you’ve figured it out the first time, it’s just grunt work to have to do it two or three more times.

This is true of the game itself, too. After going through it once, I cannot see any reason to ever do it again. The solving of the puzzles was made more enjoyable by the lighthearted style of the game, but the lighthearted style of the game was not sufficient to maintain interest once the puzzles were solved. This is not unique in the genre by any stretch, but with a play time of roughly an hour it does rise to the level of making economics a big part of a purchase decision. Basically it will come down to the value you place on an enjoyable hour of playing a fun and interesting game with a friend. Once. For whatever it’s worth, I enjoyed the hour very much.

While notably short, 39 Days to Mars is a lot of fun, delivered in an attractive artistic design. It's really more puzzles than adventure, but the puzzles are satisfying to solve and never caused one of those "how was I supposed to know that??" moments.

It plays easier with two people, but with a bit more effort it can be also be completed playing solo.