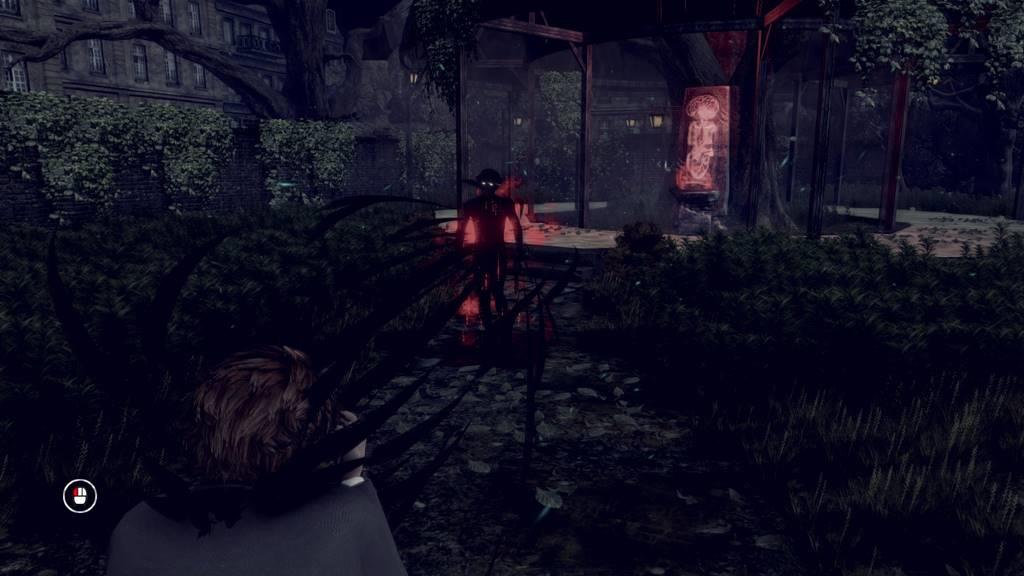 Saying that indie games are a mixed bag these days is quite the understatement. It gets even muddier when you run into “message” games, which often deal with heavy subject matter like sexual assault, abandonment, self-image, or the always-nebulous catchall of “mental illness.” When attempting to mix these complex topics with the mechanics of a video game, it’s difficult enough to keep the whole project from coming off as a pandering, heavy-handed after school special. It’s harder still if your game’s mechanics themselves are creaky, its overall technical performance is slapdash, and the story is disjointed and a chore to follow.

This is sadly the case with The Piano, the freshman effort of one-man-studio Mistaken Visions, a.k.a. one Jonathan Stemmildt. The Piano is billed as a mixture of old school survival horror, film noir detective mystery, and psychological thriller. Mr. Stemmildt supposedly spent five years working on this game, and while I applaud his ambition and singular drive to get The Piano finished, ultimately I think it needs a tune-up. None of the elements mesh all that well and to make matters worse, the game needs some serious optimization.

The Piano takes place in 1940s France. You play as John Barnerway, the less talented and misunderstood brother of three world-acclaimed concert pianists: George, Louis and Valentine. John languishes, unrecognized, disowned by his father, and homeless on the streets of Paris. Then through a series of highly suspicious events John’s three brothers are all murdered within a single week, and during the ensuing media circus John is accused of killing his brothers out of jealousy for their virtuoso talents. Out of options, John apparently remands himself to the care of famed psychologist Dr. Hoben, but as the game begins John can’t exactly remember consenting to the good doctor’s unorthodox treatments.

And that’s the main issue with the story: John can’t remember much of anything. I can see what Mr. Stemmildt was going for here—a “Memento” sort of story with an unreliable protagonist piecing together the out-of-order details of his shattered past and psyche. The problem is that the details don’t line up too well in the early game, and the brief cutscenes between levels (which look like a low-rent Bond movie opening) just amount to John confusedly babbling to himself and trying to get details straight. 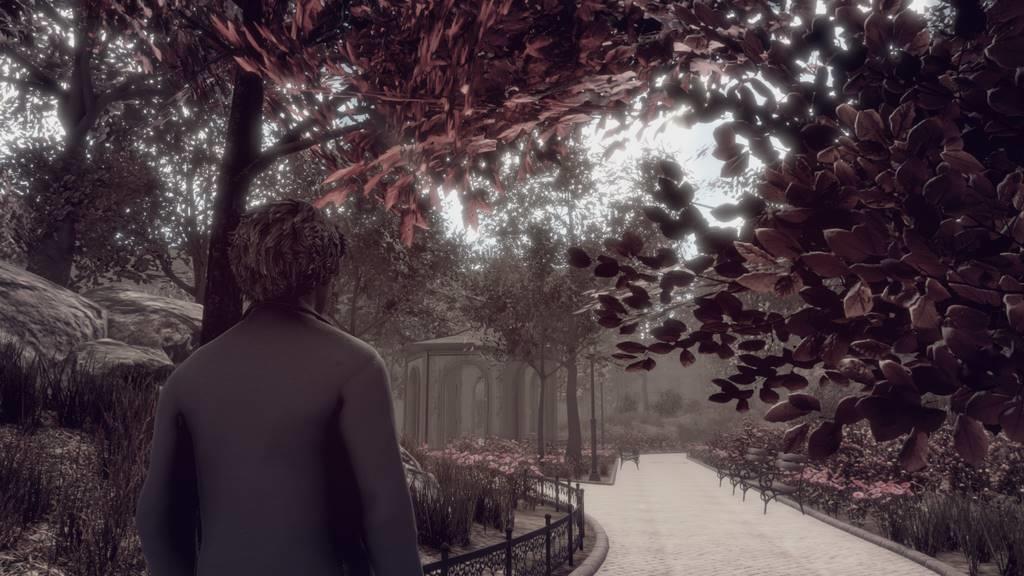 This makes it somewhat tedious to get a feel for the plot, and I had a hard time getting hooked on the mystery, but it’s admittedly difficult to string together a convincing who-dun-it when you’re layering the story onto game mechanics. This, unfortunately, is where The Piano stumbles a second time. The gameplay consist of two main styles—stealth and puzzle-solving—which are sometimes woven together, but just as often are separated into discrete levels or segments. For example, one level had me wandering aimlessly through a garden searching for “clues” that I had to gather before I could progress. Other levels force you to avoid ghostly enemies that sap John’s sanity and cause him to pass out.

Mr. Stemmildt says he was inspired by the “helpless” enemy encounters in games like Amnesia and SOMA, and while I applaud his inspiration, this kind of hide-and-seek survival horror was getting stale by the time SOMA was repeating it a couple years ago. The enemy design in Piano isn’t nearly as terrifying as anything Frictional came up with, and what’s more they aren’t that threatening either; it’s pretty easy to avoid or straight-up run away from the ghostly wraiths. This makes the survival horror aspect of The Piano more of an annoyance to be avoided than something actually scary.

The puzzle solving doesn’t fare much better. One puzzle early on was pretty clever, and had me writing down different notes and their order so I could play them on a piano later. That said, typical puzzle solving just involves hunting out those clues, which are annoyingly denoted by tiny transparent squares that don’t show up until you’re right on top of them. This forced me to scrub my nose over many of the game’s rather monotonous levels several times over. 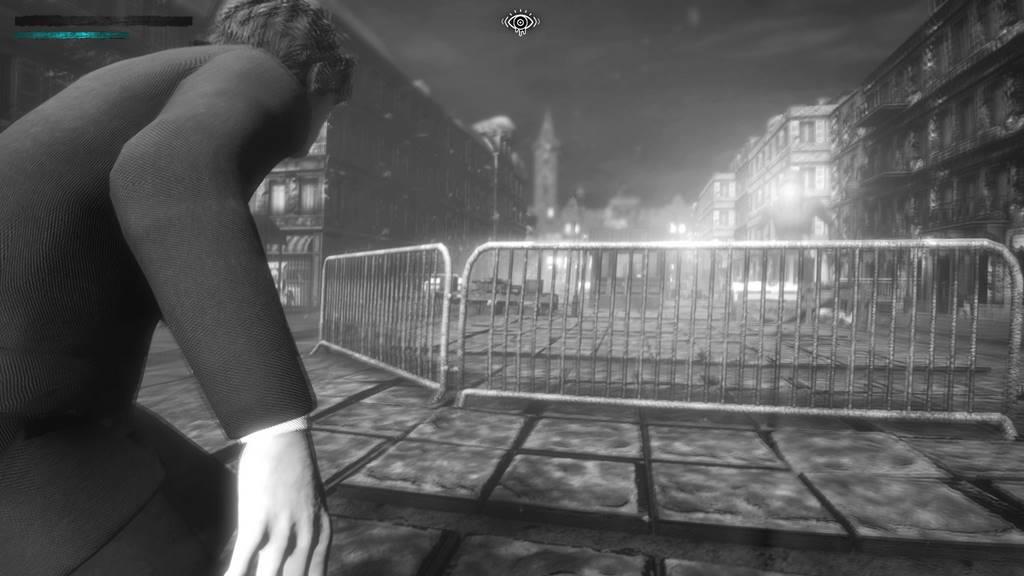 John can collect laudanum syringes to restore his sanity and nondescript “pills” to clear his head, so that he can use certain artifacts he picks up throughout the game. For example, a heart-shaped artifact allows him to temporarily dissolve barriers marked with a specific symbol, and also makes certain ghostly Bioshock-style scenes coalesce. The general utility of these mechanics isn’t too consistent however, and overall the puzzle solving and exploration just aren’t that enjoyable. What’s more, I was having a hard time determining just what mental illness John was suffering from. Did he have PTSD? Schizophrenia? Borderline Personality Disorder? It’s clear he has some kind of amnesia, but at this point that affliction is a well-worn cliché.  I think games should tackle mental illness more often—in the right developer’s hands, it could convey a truly terrifying and heartbreaking experience—but its handling in The Piano is somewhat pat.

I could forgive The Piano as a somewhat amateurish but ambitious attempt at fusing several genres into one noir mystery, if the game weren’t so terribly optimized. The framerate chugged constantly, most levels were missing textures or had graphical artefacts, and the visuals themselves were pretty rough. The heavy use of film grain and other stock filters, not to mention the awkward, unmodifiable FOV and jerky mouse controls, actually made me physically ill after about 30 minutes of play. I had to force myself to go back into the game after taking a break for some fresh air and water. I think it made my PC a bit ill as well, as the fans were kicking out a crazy amount of heat. I can play Doom on ultra-settings and that didn’t come anywhere close to the amount of chug and temperature my rig suffered from The Piano. Nothing built on Unity should make a respectable gaming PC like mine overheat like that.

I really, really don’t want to be cruel to Jonathan Stemmildt and his passion project. It takes a lot of guts to single-handedly pursue a project like he did. But plainly, The Piano needs a lot more work before it’s an enjoyable, playable experience. The mechanics need fine-tuning, the graphics need patched badly, and the current built needs serious optimization so that it will run at a reasonable framerate. The Piano could be an engaging noir thriller, but for now it just comes off as painfully amateur.

The Piano could be a decent noir mystery but for now it needs a lot of work. Clunky gameplay, numerous graphical bugs and extremely poor optimization are holding this game back from telling its intriguing tale of murder and madness.