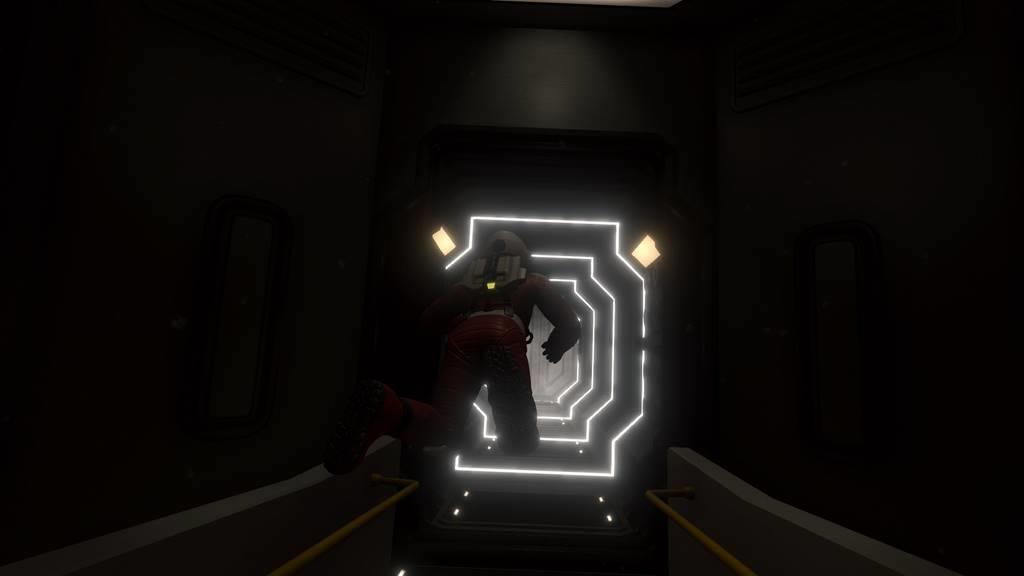 I’m starting to think that a career as a space station repairman might not have been the best decision for me. It definitely went against my father’s plans for me - he had hoped to convince me to become a farm veterinarian, probably in search of free veterinary services. He might have succeeded, had his tactics not been so terribly poor.

“Here, read these James Herriot books, and start with All Creatures Great and Small”

To this date I remain unclear as to why he thought tales of being awakened at 3:00 am to go out to a freezing cold barn and shove your arm as far as you can reach into a laboring cow would be appealing, although my most recent repair job on Horus Station came pretty close to changing my mind.

So, yeah, here I was again. Dropped off on a broken station populated with broken equipment and broken humans floating around in the passageways. Alarm horns were squawking, of course - you cannot have a station emergency without the horns. I hate those things. They never seem to get around to installing an “off” button.

Downward Spiral: Horus Station has an edge over other games of this nature that I have played, and it can be described in two letters: “V” and “R.” When appended to any game those two letters make a difference, but when it comes to floating around weightless and using handholds to move yourself along the passageways, it makes even more difference than usual. In fact, the game is perfectly capable of being played flat, but is that really a choice if you have the equipment to play it in VR? 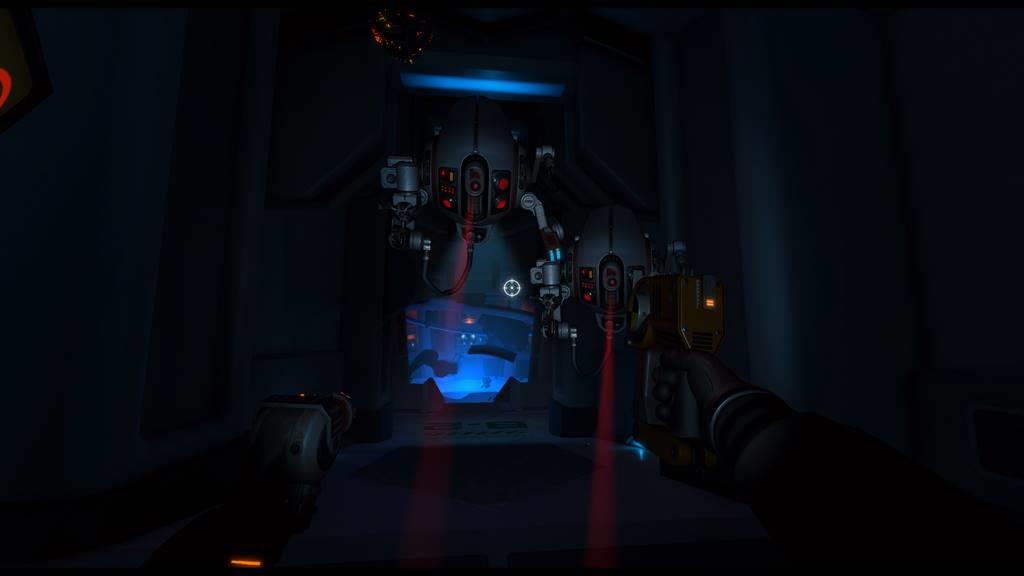 For all of the typical reasons, Horus really comes alive in VR. Weightlessness in space looks like it should be all fun and games, and it probably is if you don’t have serious work to do, but when you’re in a hurry it can be a real hassle. As you first enter the station, you have to pull yourself along rails or push yourself off of walls to get anywhere. It’s a slow and painstaking process to get anywhere particular, but it’s startlingly easy to end up in places you don’t want to be.

Fortunately, you soon find a handy little gadget to help with that. It works a lot like something Batman would have on his utility belt: you aim it like a pistol, pull the trigger, and wait as it shoots out a suction cup on the end of a wire. If you manage to hit a fixed surface, you need only hold on while it reels in the cable, thus pulling you towards the spot where the suction cup attached. When you get good at it, you can even Spiderman it a bit by releasing the cup and shooting it further down your path. On the other hand, if you get the cup attached to something floating around, it will bring it back to you as the wire retracts. 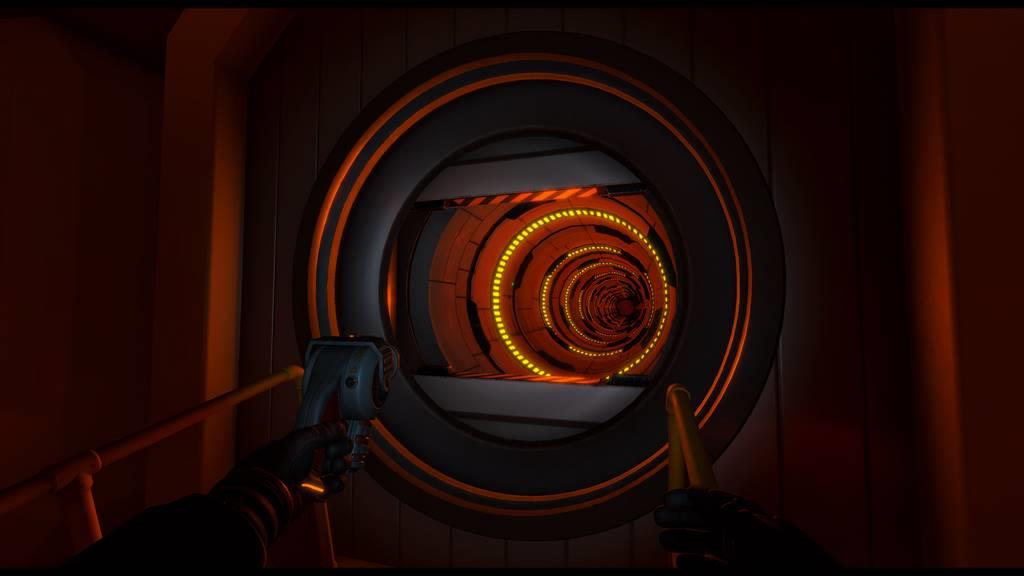 As a way of getting around the station, it works very well, albeit kind of slowly. It makes sense, though. Even while weightless, your body does have mass. That makes it somewhat ponderous for a small handheld appliance the size of a battery-operated drill to pull you around. Between that and the VR, it ends up feeling just like you would expect it to in the real world, assuming you hadn’t chosen the veterinary path.

Your other choice is between going solo or having a co-op player. Surprisingly enough, those two choices dovetail nicely. If you’re going to explore, you might as well go solo. If you’re going to engage, you really might want to consider enlisting some help, especially when you are still on your first weapon, if you can even call it that. I called it a "difficult to aim staple gun." 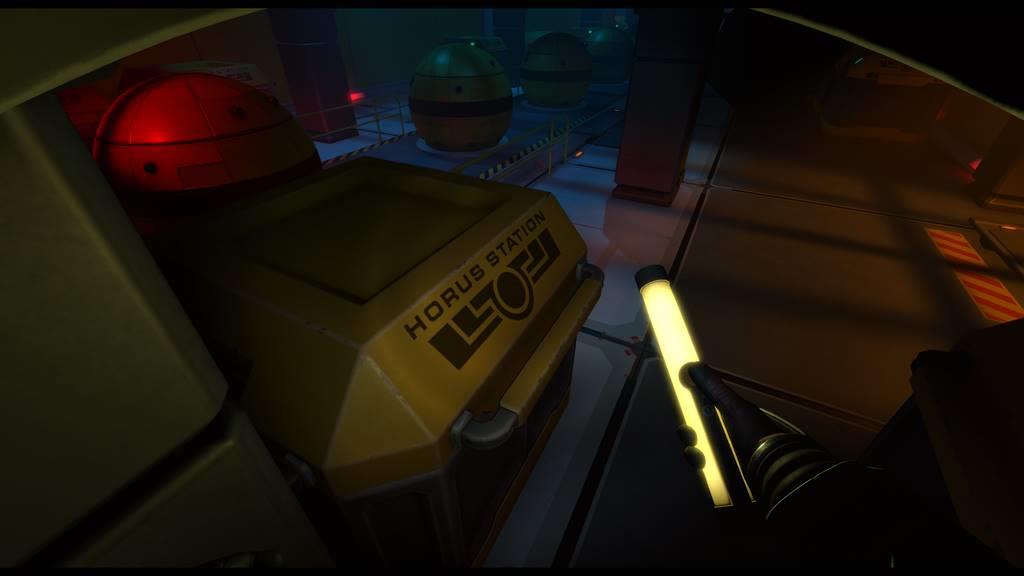 In either case, you have to navigate a very large station while trying to figure out how to get it running again. There is a lot of moving around slowly, but it helps that most of the doors you need to use will either be unlocked already or unlocked with a reasonable amount of effort, although…. There was a time when it seemed like I was at the end of the road and my only hope was to escape through an air lock. That was quite risky, as you can imagine - one wrong move and I would float irretrievably out into space. The view while I was out there was awe inspiring, but I didn’t enjoy it much during the period where I thought it would be the last thing I ever saw before an agonizing death from oxygen starvation finally ended it all for me. It was sheer luck that I found an open air lock on another part of the station.

Having survived that ordeal, I had hoped that the remainder would be easier. It wasn’t to be. Fresh from a death-defying space walk, I ended up in front of a locked door that I couldn’t find a way to open. At a loss as to how to get through it, I made a closer examination wherein I found a Post-It™ Note affixed to the door. It had a concise and cogent directive penned on it: “Use a wrench.” 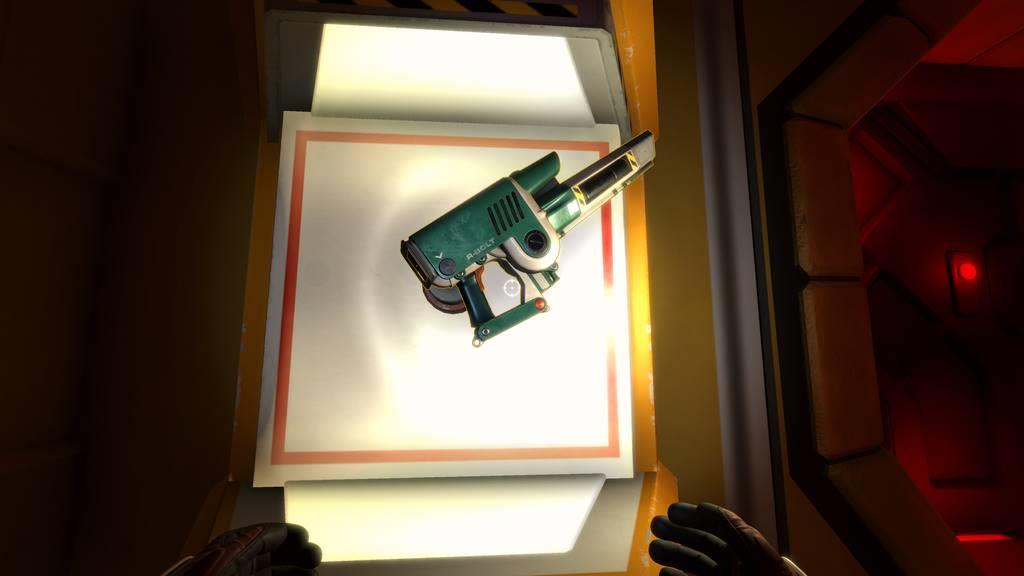 Space age tech, there. Wow. A wrench! Where am I going to find a wrench??

And so it went.

There were difficulties now and then. Being human and all, I only had two hands. I was able to maintain an inventory where I could keep the tools and weapons I collected, which was nice, but it was not uncommon to have the Bat tug-a-long in one hand and a weapon in the other. That wasn’t an insurmountable problem, but it did require that something be returned to inventory in order to free up a hand with which to open a hatch. Getting things in and out of inventory was fast and easy when there wasn't much in there, but once it got a little crowded I periodically ran into situations where I got the wrong thing in the wrong hand. Trying to shoot an AI killer with a wrench is not conducive to a long and healthy life. In space, it pays to be slow and methodical. In a space gun battle against very fast AI, it does not.

Again, I died a lot.

At least there isn’t much penalty to dying. There was a set of five or six little AI assassin's waiting behind a particular door and it took me half a dozen tries to get past them. The penalty for failure was to simply start over again right in front of the same door. 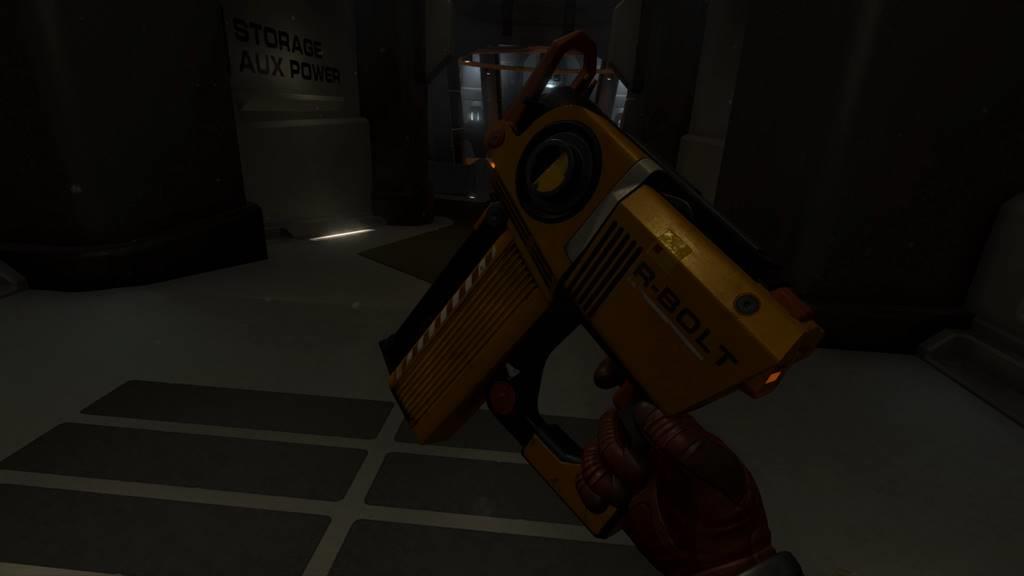 When it was all said and done, my personal preference was to play Solo Explore. The Engage option was okay, but I just couldn’t get a handle on aiming the weapons, and the difficulty in playing it solo was at about the same level as getting someone to join me in co-op. I believe there to be a matchmaking capability built in, but I have a very strong preference for playing with people I know. Playing with a stranger is worse than playing with AI, in my experience. The content was compelling enough in Explore to keep me engaged - I have other ways to enjoy a shooting experience in VR.

In Downward Spiral: Horus Station I found a very believable level of immersion in the VR mode. I have to confess that I never even looked at it on a flat monitor; I’m sure it’s equally playable, but I simply can’t bring myself to go back to that world. In either case, the game stands on its own. The floating around to actually fixing things on the station was possibly a little too biased on the floating around side, but the novelty of such an incredibly realistic feeling of actually “being there” picked up any slack. The addition of gun-play actually toned that feeling down for me enough that I went back to Explore after about an hour. It was just my bad luck that the attempt at the Engage mode wiped out the progress from my initial foray into the Explore mode, but it was still preferable to the James Herriot Farm Vet Simulator.

With choices between flat or VR, solo or co-op, and Explore vs. Engage, Downward Spiral: Horus Station can be tailored to the player's preference. I found the solo VR mode to be an amazing VR experience that amply demonstrated the incredible immersion value of VR in a spooky, broken space station. The Engage mode, which translates to "you get shot a lot" when playing, was not as compelling - the shooting aspects weren't all that good and served only to detract from the somber, creepy mood.