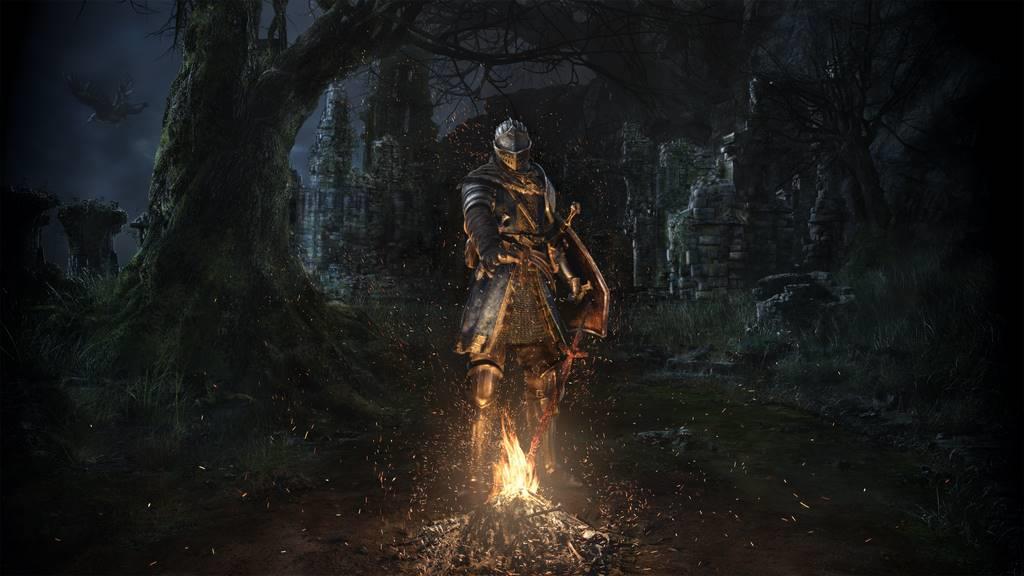 Let me explain with one of my rambling personal background stories:

When I was a boy, my parents gifted me with a Commodore 64. It wasn’t the Atari 5200 that I was really hoping for, but in the end, it turned out to be much better. In addition to playing some of the incredible assortment of games available for the C64, I also learned a few simple commands in BASIC, and immediately set about creating my own games.

I was a fan of Choose Your Own Adventure books, and I decided that creating an interactive version was within my limited abilities. Using IF/THEN and GOTO statements, I spent several weeks laying out the story beats, writing the actual code, and testing endlessly, until finally I felt that I had finished crafting my opus. Excited to share what I had created, I saved my game to a cassette and gave it to a buddy one afternoon. 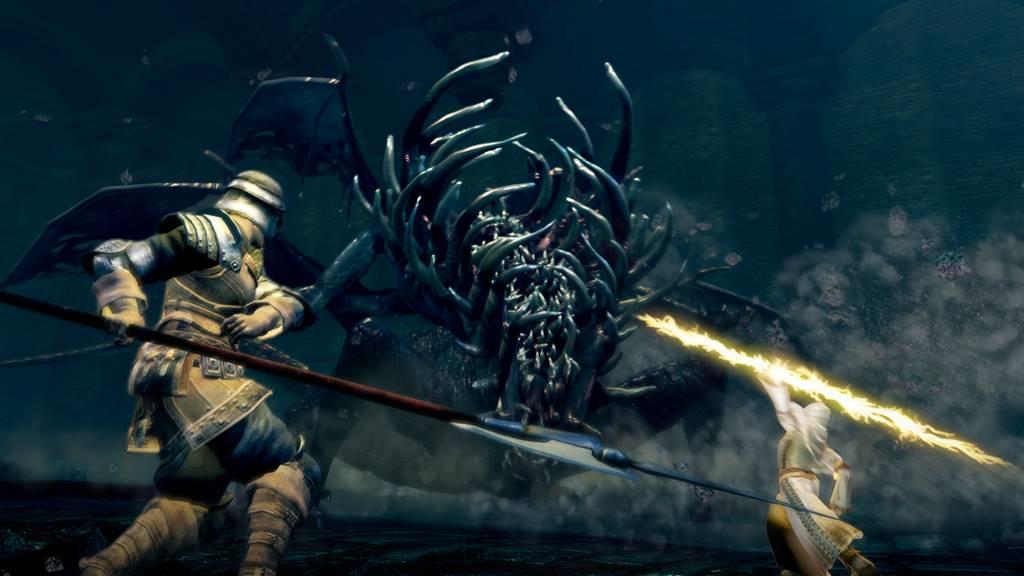 The next day, I could hardly wait to hear what he thought of my game. I hustled to school and cornered him. My heart came to a stop when my buddy shrugged, looked me dead in the eye and said, “Your game sucks.” When I pressed him for a reason for his distaste, he said “You don’t really have any options. Every time you can pick a way to go, you only have two choices. One way is the right way and you live, and if you choose wrong, you die and have to start over again. It sucks. You should have just written a story.”

He was correct. In my haste to make a game, I had forgotten to give players any meaningful options, thus removing any sense of fun. In order to cut down on the labor of creating a game, I had streamlined things down to the point where making the wrong selection led to instant, gory death. I had written a story with breaks in it, effectively giving the player the option to read my mind, or die and start over. My game sucked. The only way to see the ending was to play repeatedly, memorizing the correct choices.

Playing Dark Souls again for the first time since 2012, I came to the sudden realization that this beloved franchise follows that same game design parameters as my C64 text adventure game. Players are faced with a series of choices, and they can either make the right move, or they can die. 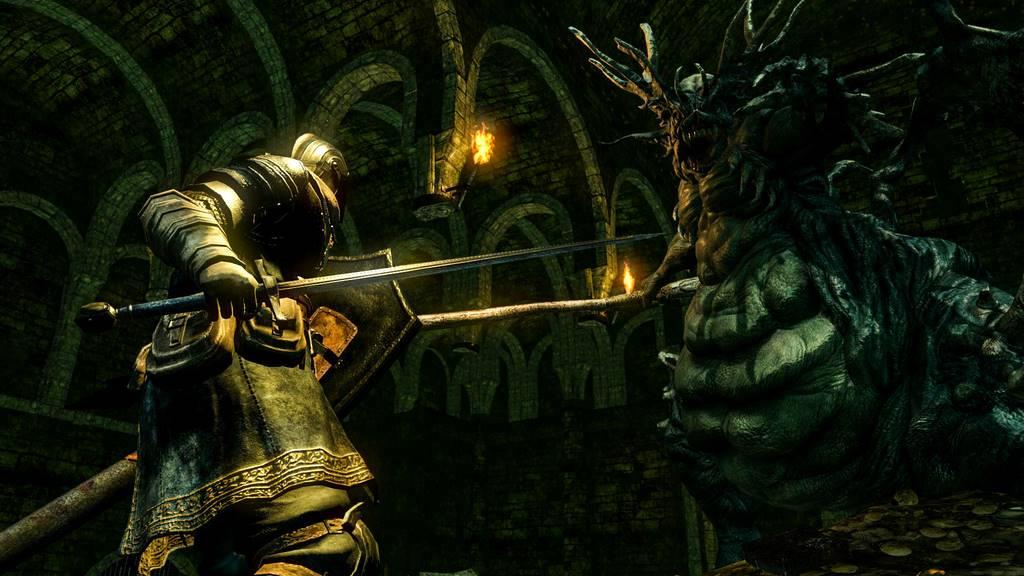 Early on in Dark Souls, players come to an semi-safe area where they are given a few options. Several sets of stairs are nestled in this area, one going up and two going down. If you are not the sort of person to jump on the internet to consult a YouTube video or a FAQ, you might think that these paths represent equally viable options for exploration. You would be wrong. Taking the staircase that goes up leads to an area that is blisteringly difficult to overcome for new players. Taking either of the staircases going down will bring certain death. The game gives little indication as to which way players should go. There are no gentle guideposts, no subtle nudges from the game designers to influence you to go one way and not the others. There is just the reward of death for those that decide to go the wrong way. Further, there is nothing to indicate to those poor souls that they will never overcome the obstacles in their path, to influence them to go back to the other, more viable staircase. It is entirely possible that a new player would just keep ramming their head into the metaphorical brick walls at the bottom of the “down” staircases until they finally threw down their controller in disgust, bouncing off of Dark Souls for good.

This scenario is a microcosm for the entire game. Players must behave perfectly, walking a tightrope of careful moves the entire time, or the game will punish them bitterly for their impudence. There can be no overconfidence, no careless rushing. Dark Souls will disassemble inattentive players in short order, breaking them down with no pity. Every battle, every enemy, every encounter can lead to a quick “YOU DIED”. 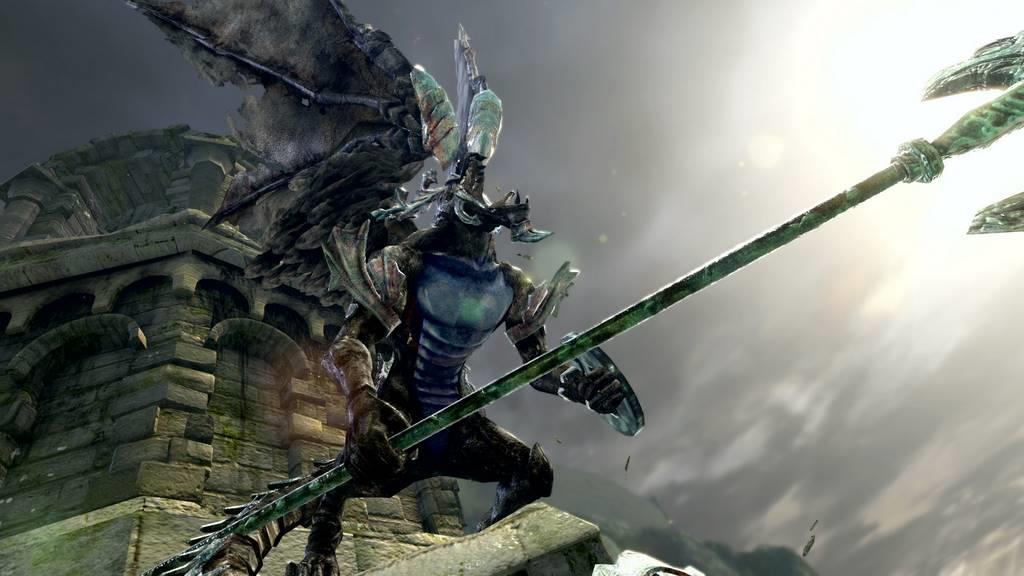 For many players, this level of challenge is a selling point. Some players enjoy facing down seemingly insurmountable odds and playing through scenarios over and over again until they “get good” enough to triumph. But to me, this type of game design is unbearably oppressive. I am an adult with a job, a mortgage, carpal tunnel, and four kids. I don’t have time or inclination to play the same level over and over again in order to “get good”. I want to play a game for the joy of discovery, the fun of exploration. For me, Dark Souls contains none of that joy. I don’t want to learn by dying over and over again. The entire concept is at odds with what I enjoy about playing video games.

I am not saying that folks that enjoy Dark Souls are wrong. In fact, I have a great deal of respect and admiration for those that have the focus to master the ins and outs of Dark Souls-style games, much in the same way that I admire those that have taken the time to learn how to skate through a Mega-Man game (which, in many ways, is similar). There are those that have gotten so good that they can play through Dark Souls games with a style and flourish that is frankly breath-taking for a chump like me.

I’m just saying that this style of gameplay is not for me. I have played Dark Souls twice now (and spent a lot of time with Demon’s Souls back in the day), and I can now conclusively say that these games will never “click” for me. 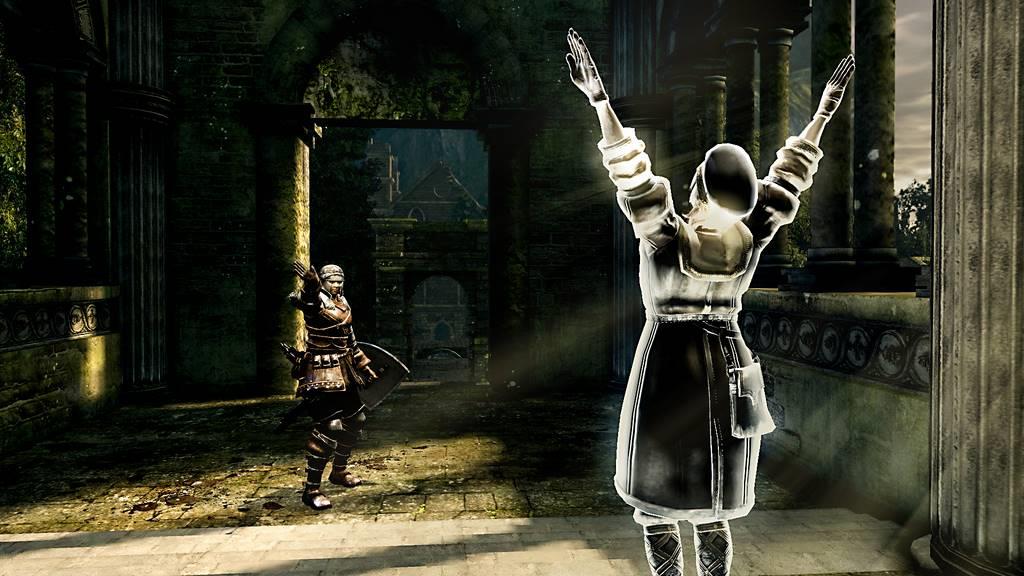 It makes me a little sad, because I enjoy open world fantasy games, and I have a great deal of love for From Software’s Kings Field series. I’m not opposed to difficult games, and even though my twitch skills leave something to be desired, I am willing to struggle through a tough game when I am having a good enough time. Dark Souls seems like something I would absolutely love, which is probably why I keep going back to it, trying to figure out what I am missing. But no, it is the same uninteresting, depressing slog that it was when I played it on the PS3.

And yet, this game does exactly what it sets out to do, and this style of play clearly resonates with giant swaths of video game fans. Aside from a severely janky lock-on function, Dark Souls is a well made game that is only made better by getting a fresh coat of paint. With this remaster, the game now runs at 60 fps, and new lighting effects make the game look a bit more modern and appealing (but do nothing to improve the general sense of murky darkness that pervades the entire experience).

So here I am, reviewing a remaster of a beloved game that I respect for its achievements, but hate actually playing. I have no desire to draw a line in the sand, blasting the remaster with a low score and incurring the wrath of the series’ fans. But I can’t exactly give a glowing score to a game that I think is oppressive to play and ugly to look at. I would never recommend this game to new players, but for fans of the series, this remaster is a nice upgrade to a game they love.

I’m hoping that it is clear that while I don’t like Dark Souls, I respect it. I know that this is a game (and now a genre) that many people love. But I also know that there are a ton of people like me in the world, who have tried in vain to engage with these games, only to end up with a cramped hands and a high blood pressure. Folks like us are sorely underrepresented in the gaming press, and it is part of the game critic’s job to be honest, regardless of outside pressures or circumstances. So I will be the one to raise my hand, stand up in front of the class, and clearly say “I hate Dark Souls”.

Dark Souls Remastered is a nice, shiny new edition of a game that I have never enjoyed. While I respect the game’s genre-creating precision gameplay and acknowledge it’s place in gaming history, I just don’t like this game, and can’t recommend it to new players. That said, it plays fine, and looks better than it ever has. Dark Souls fans already know who they are, and will enjoy this new edition immensely.